3 Surprising Ways Sponsorship Is Good for the Environment!

You probably know that sponsoring helps children in poverty receive the care they need to survive and thrive. But what you might not realize is that by sponsoring a child, you might just be helping the environment too!

The people most affected by the environment are those living in poverty. Many live as subsistence farmers, others live in coastal areas and many live in makeshift homes that can’t withstand extreme conditions. So things like deforestation, desertification, rising waters and natural disasters affect people in poverty a disproportionate amount.

At Compassion centers around the world, young people in poverty are learning how to be agents of change for good. That’s why in many centers, children and youths are learning the importance of stewarding God’s Creation.

Here is a glimpse into three Compassion centers helping children become advocates for one of their most valuable resources: the environment.

Saving the Beach – and Sea Turtles – on Bali 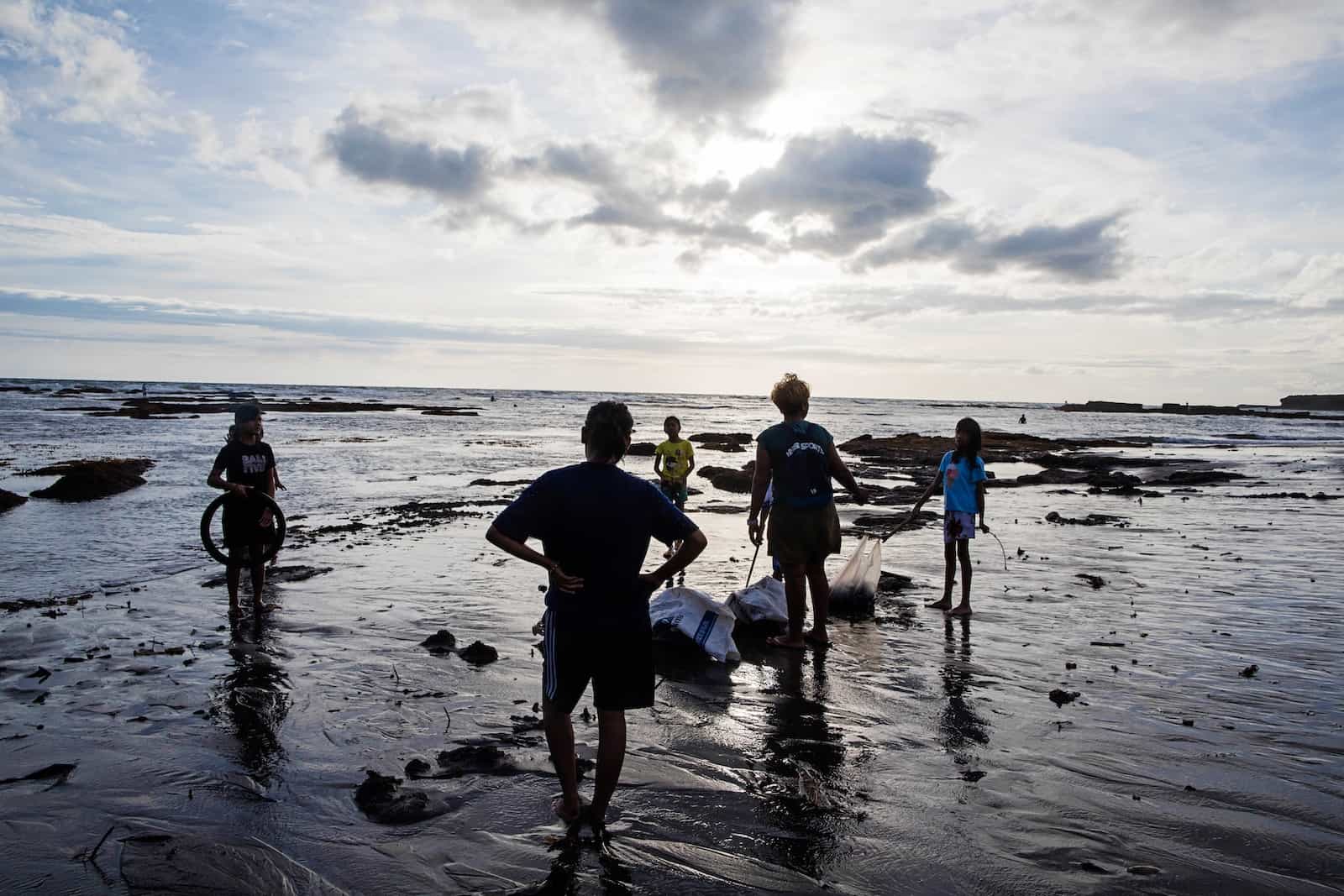 The sun is setting, but the heat lingers on Kelecung Beach on the island of Bali, Indonesia. A group of children wind their way up and down the shoreline, picking up litter. They come twice a week to clean the beach.

Kelecung Beach is one of the few places on Bali where sea turtles still lay eggs. But because of plastic waste on the beach, the number of eggs has dropped dramatically over recent years — from around 7,000 to just 700 per year. Indonesia is the world’s second-largest plastic polluter, after China. Much of the plastic ends up in rivers and oceans, killing wildlife like Kelecung Beach’s sea turtles. 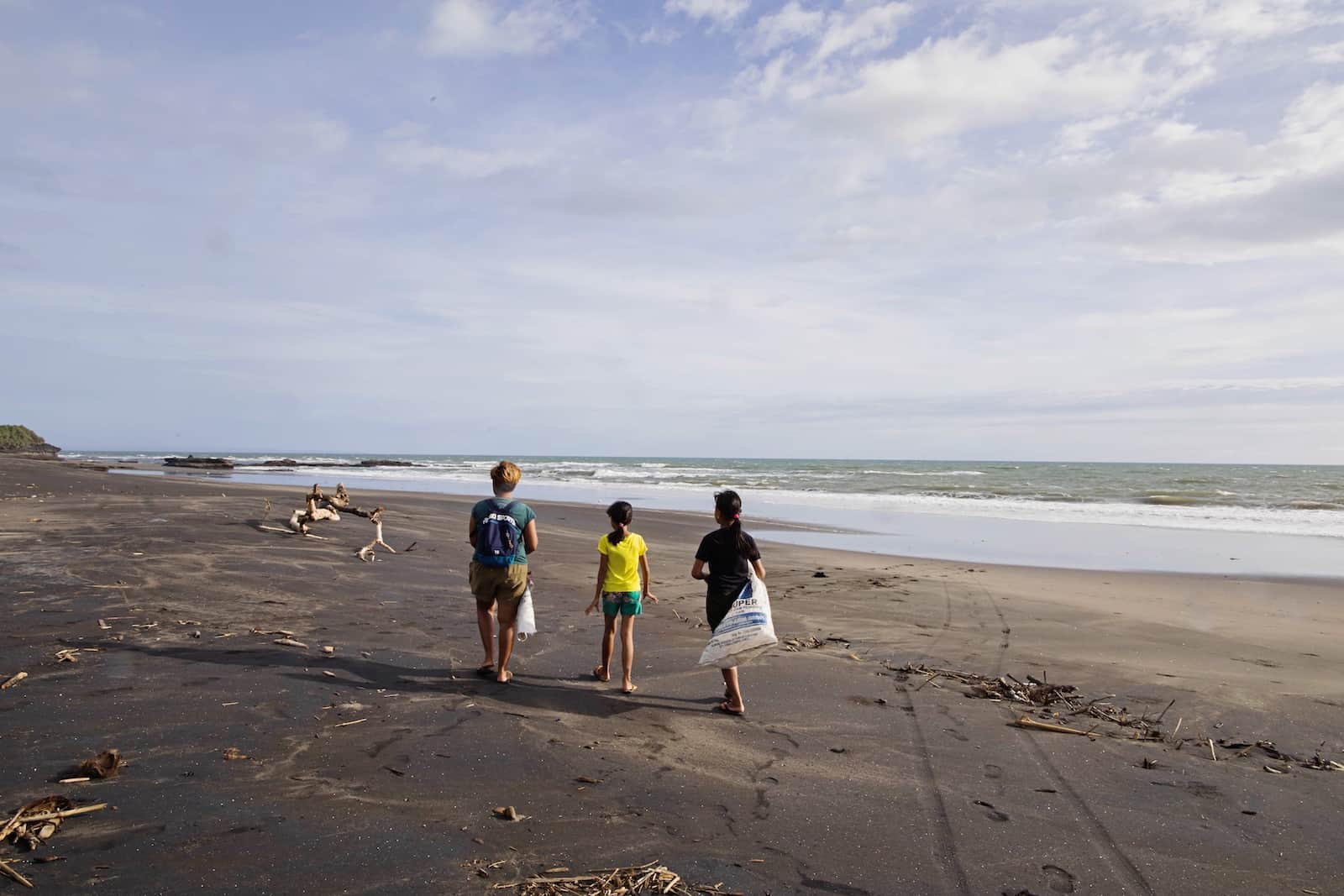 Aniek — a teacher and graduate of the Compassion program — holds classes twice a week at the Compassion center near Kelecung Beach. She teaches children English and about the importance of caring for the planet. After class, they head out to gather trash. They not only are learning the value of community service, they also earn money through a government-run program. Parents have started getting involved too, knowing that they can both protect their surroundings and earn a little money. 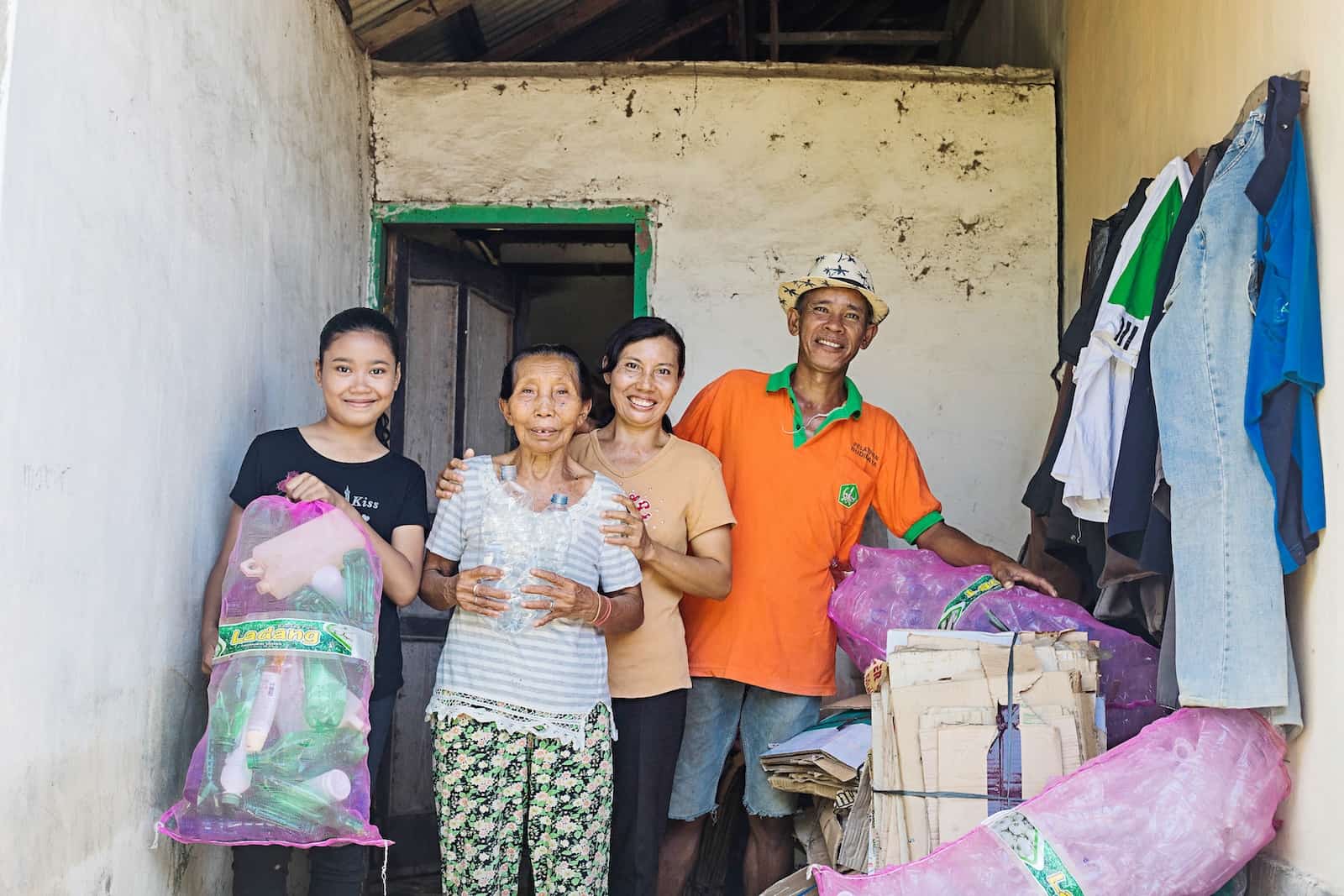 Sukma, left, and her family have collected 165 pounds of trash in three months!

And it’s making a difference. Sukma, just one of the children in Aniek’s class, collected 165 pounds of waste in three months with her mom’s help.

“I know what these children and I do is something small, but it is better to do something small — and do it now — rather than do nothing,” Aniek says.

Preserving the Forest – and the Local Way of Life – in Thailand

Naphat and Natthapon are like teenage spies on a mission. Each month, they walk through the jungles of the Mae Moei National Park in northern Thailand looking for signs of anything amiss.

For generations, villages have existed in this precious ecosystem of rugged mountain ranges and forest filled with wildlife like boar, civet and deer. But the government has been concerned that villages are burning the forest and hunting the animals. In order to partner with the government and prevent the dislocation of families, the local Compassion center runs a forestry conservation program in collaboration with Thailand’s National Park rangers. 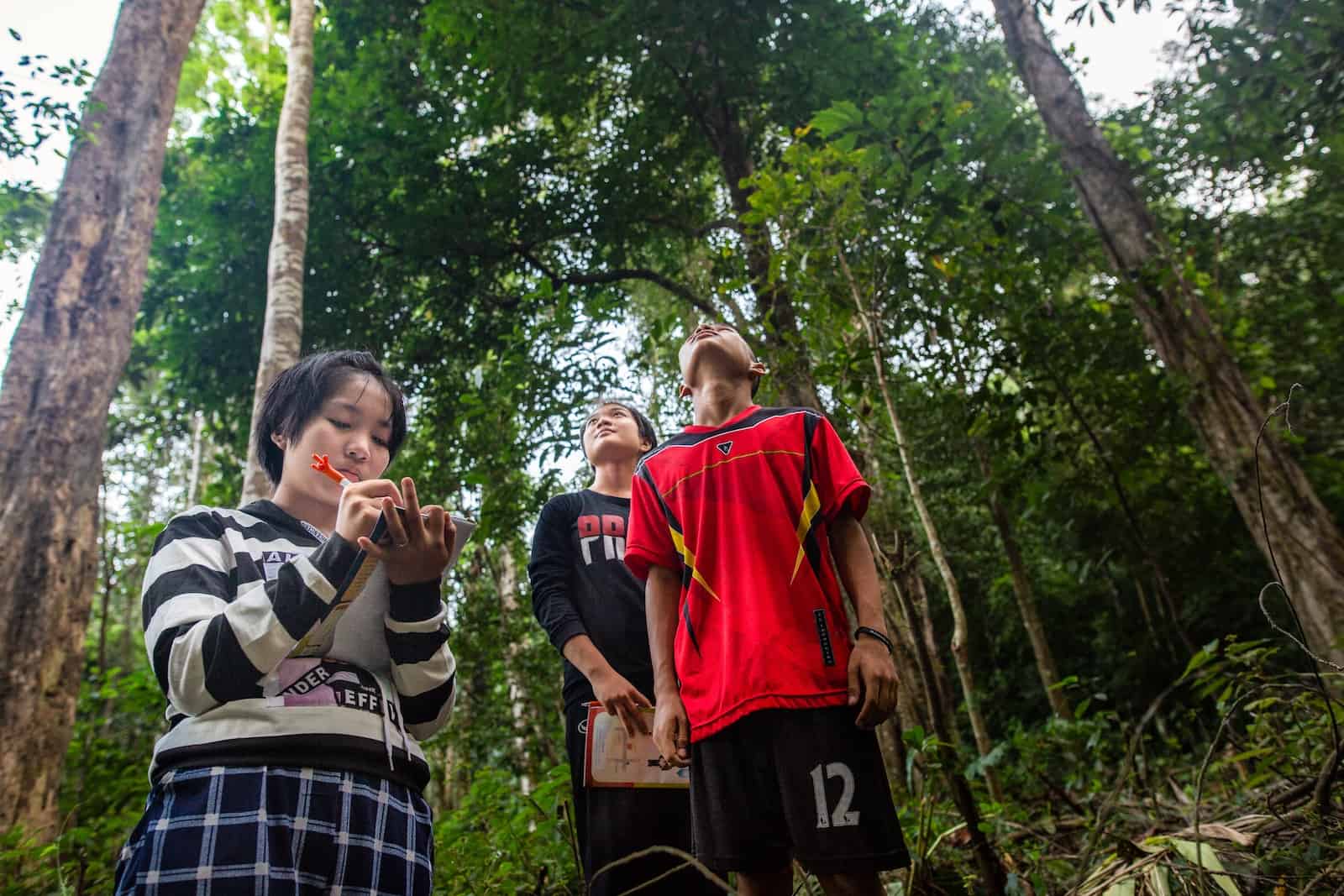 Once or twice a year, youths attend a camp with rangers to learn about forest and wildlife preservation. The program teaches the youths to love their home’s natural resources. They learn forestry conservation concepts, how to create firebreaks, wildlife protection, how to build dams, how to observe trees and watercourses, and more.

“We learn a lot from the ranger officers,” says Naphat, one of the youth in the program. “When we come to the forest to observe and make a record in our notebooks. It’s my favorite.” 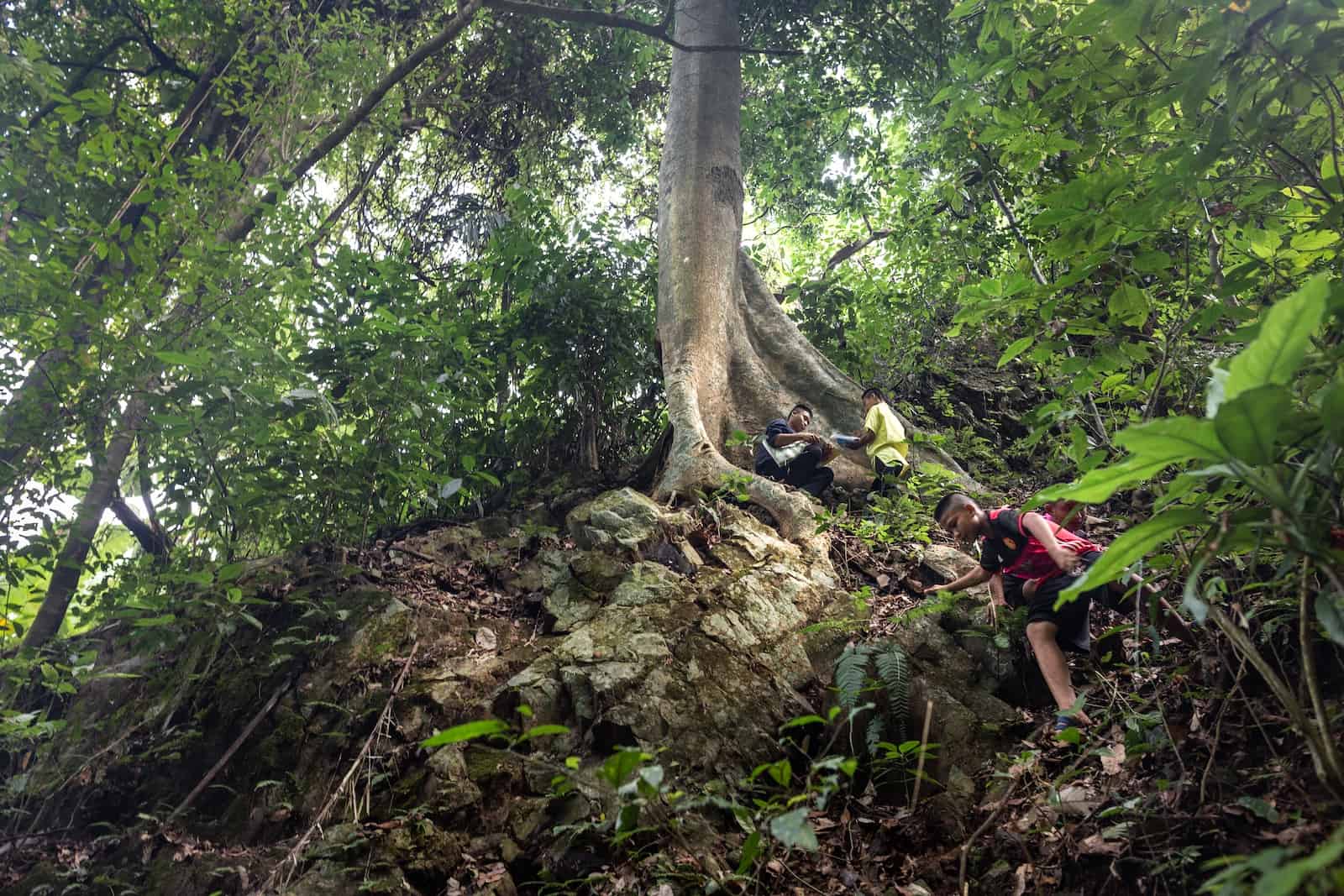 Once a month, the Compassion-assisted youths go with center staff to inspect the forest in their area, record information and make a report to the forestry officers. In the dry season they create firebreaks, and in the rainy season they build dams. If they see signs of anything alarming, like illegal logging or diseased trees, they notify the rangers.

Together, they are ensuring that people can live in a sustainable way in the forest, while protecting their beautiful surroundings.

Protecting the Rainforest – and Orangutans – on Borneo 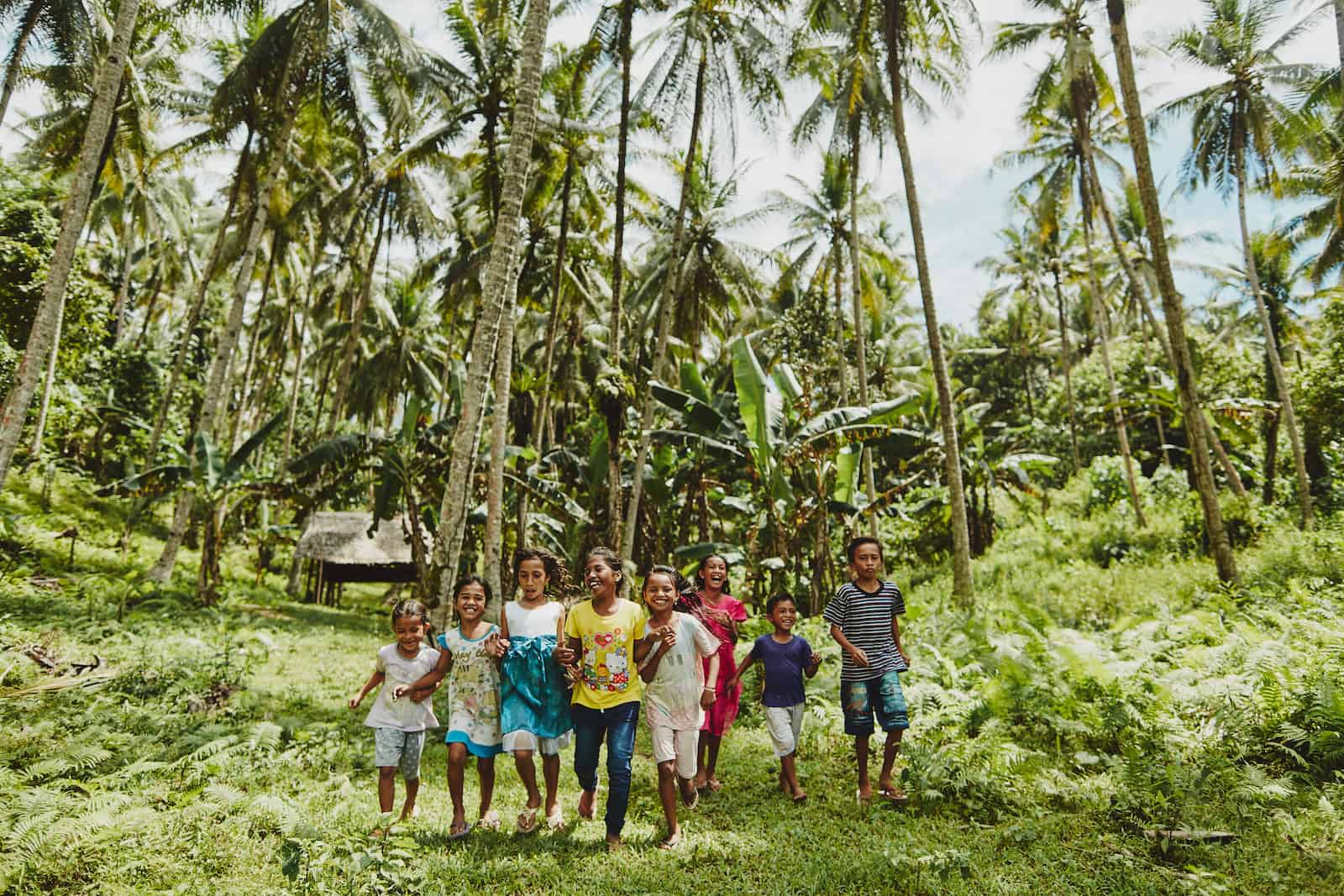 Borneo, an island in Southeast Asia, was once a lush home to some of the most diverse creatures on Earth. It is home to the beloved Bornean orangutan. But half of the population of orangutans has disappeared over the past 16 years because of deforestation. Borneo has the largest rates of deforestation in the world. Though 75% of the land was once covered in rainforest, the forest now clings to the last 30% of land.

People on the island have used an agricultural method known as “slash-and-burn” farming for generations. In this method, farmers cut down the trees, then burn the land and plant. This is the only way the Dayak people, who work the land, have ever known to farm. But once a field is harvested, the people don’t reuse it — they move on to burn other lands.

This method isn’t just harming the land and the animals. The families are barely surviving. They only plant one crop, rice, which leads to poor nutrition in children. When the one crop fails, families are devastated. Feriyanto, a local farmer, makes only $33 a month to feed a family of five.

But a local church in the village of Belempung, Indonesia, has seen the way the traditional practices are creating poverty and destroying their land. Through Compassion’s support, the church started a training farm to teach parents like Feriyanto alternative, sustainable agricultural methods.

Now, the community is learning a method of farming that uses the same land year after year by diversifying crops and improving the soil. Not only will the forest be spared, but parents like Feriyanto will be able to better provide for their children. 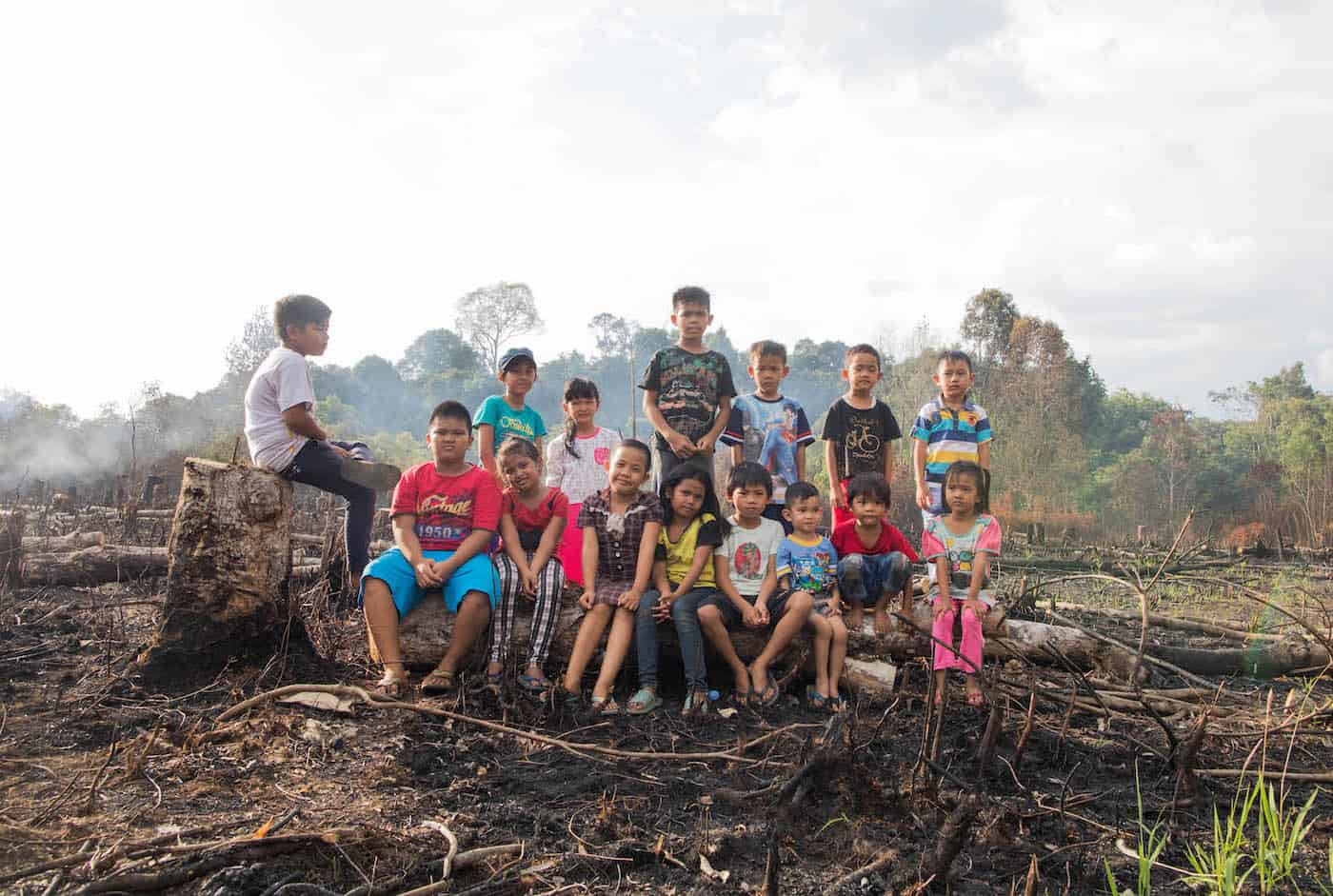 When, as sponsors, we partner with the local church to empower people to cultivate and keep their land, we are helping them glorify God in their daily work. When we support families in deep poverty in acquiring new skills that will neither sacrifice the health of their children nor their environment, we are inviting a piece of God’s restored kingdom here on Earth today.

Want to know more about how poverty and the environment are linked — and what can you do about it? 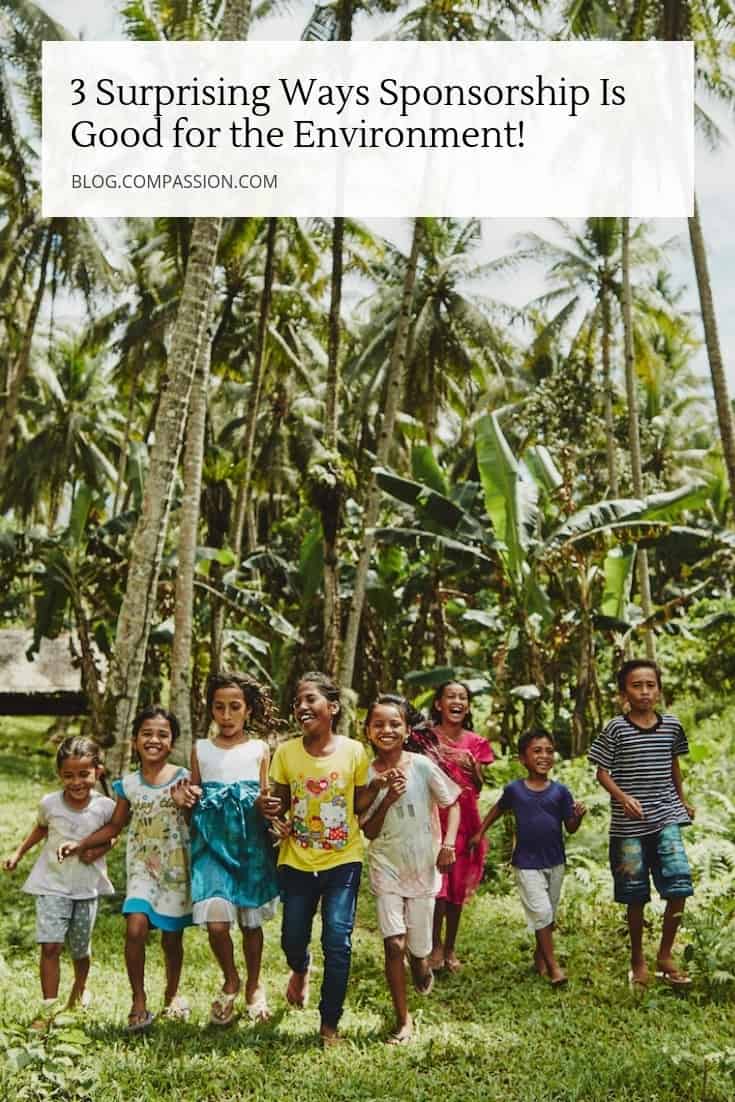 Prev Post:Who Is an Orphan?Next Post:NFL’s Nate Solder: This Is Why I Play Football