How My Own Family Enslaved Me

Brenya is 18 years old, but he is only in the equivalent of the sixth grade. The reason for his educational delay is one of the greatest issues that impoverished children in Ghana face — the lack of child protection, which tragically leads to child exploitation.

When Brenya was younger, his mother left his father, taking Brenya’s seven siblings with her. Living alone with his father, Brenya suffered neglect. His basic needs often went unmet, including paying school fees. On several occasions, his teacher dismissed him from school because of his father’s failure to pay the fees.

Even though Brenya was falling behind in his education, he didn’t give up. He was determined to stay in school, even if he had to work intermittently to pay the fees himself. So when his aunt visited from the nearby town of Akosombo and offered to take Brenya back with her, he jumped at the opportunity.

“I wanted to go to school and eventually become a soldier,” Brenya says. “So I went with my aunt, believing that she would help me finish my secondary school education.”

But Brenya’s aunt didn’t take him to Akosombo. She took him to a remote fishing village on Ghana’s Lake Volta. There was no school in the village. The real reason Brenya had been taken there was to work without pay for his aunt’s husband, who was a fisherman. 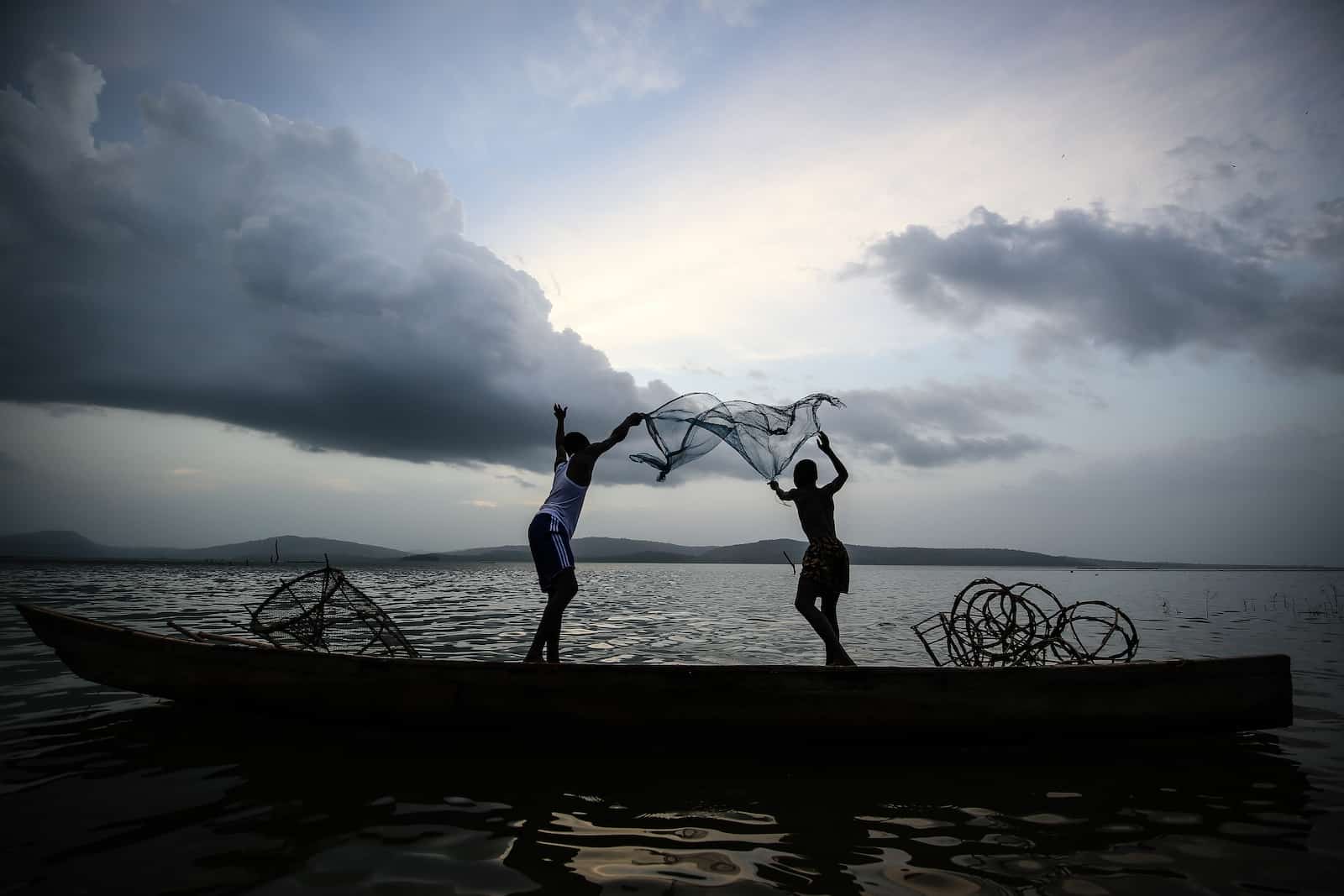 For Brenya’s privacy, he is not pictured. Those pictured don’t work in the fishing industry, but recreated scenes of life on Lake Volta willingly and with permission.

He begged his aunt to take him home, but to no avail. Instead, his aunt and uncle forced Brenya to wake at 4 a.m., seven days a week, to spend hours in a canoe with his uncle. They didn’t quit fishing until sunset. Often, Brenya went the entire day without food.

Brenya’s aunt was careful to cut off all communication with his mother and father. His parents had no idea where he was or that his aunt was exploiting him.

“I became really afraid for my life,” Brenya recalls with a shudder. “I was surprised that my own aunt could do that to me. I did not have any money to run away. Even if I had money, I could not find my way back home. I did not have a phone to call anybody. I was scared.”

Brenya’s experience is part of a national crisis. 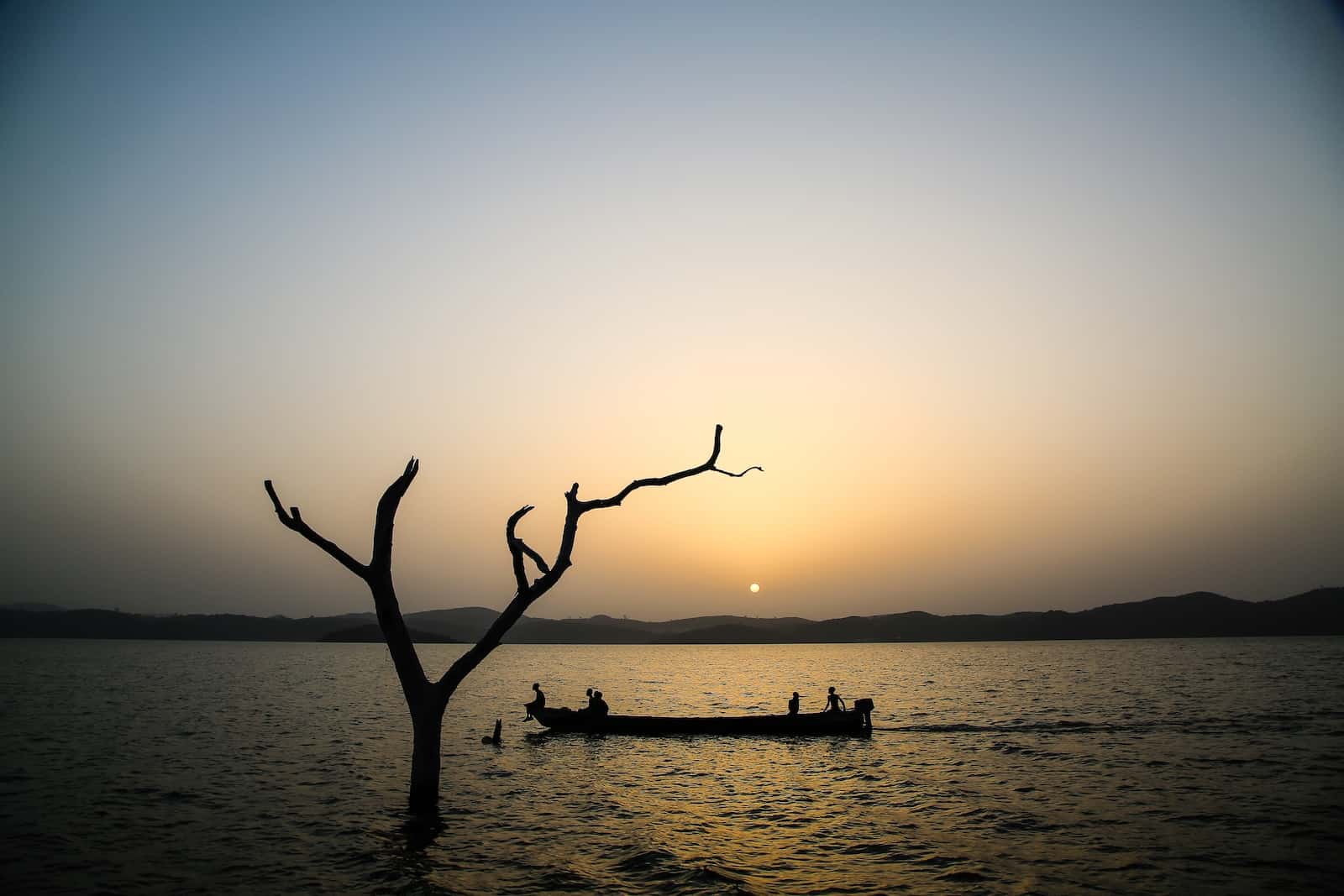 Brenya is one of many impoverished children in Ghana who are vulnerable to neglect and abuse through a lack of protection by the adults in their lives. Too often, caregivers living in extreme poverty simply have little to no understanding of child protection, nor the means to ensure their children are adequately cared for.

When asked to name the issues that make children the most vulnerable to exploitation and abuse, survey respondents most frequently identified the lack of parental care, guidance and supervision.

In Ghana, poverty and a lack of child protection has led to child labor, abuse and even slavery.

Amid this crisis, local churches and parents are stepping up. 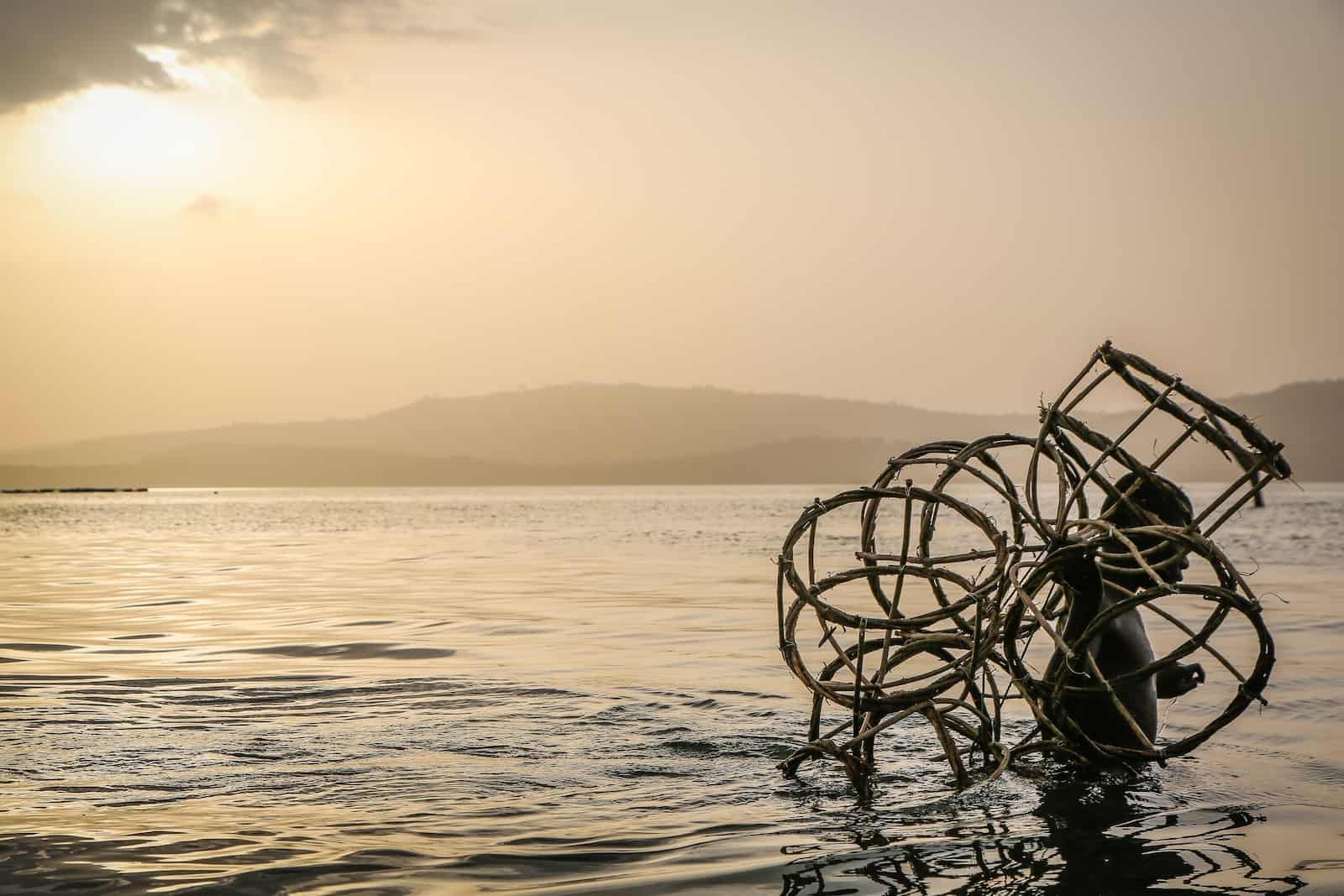 Concerned about the extreme vulnerability of children because of the widespread lack of child protection, Compassion Ghana has developed a training program for all local church-based center staff and parents. The training raises awareness about the issue and provides practical tools for protecting the children in their care.

In addition, the Ghanaian government has joined the fight, recently amending laws to intensify  protecting children from abandonment and exposure to danger, abduction and a range of sexual offenses. This amended legislation has gone a long way in curbing incidences of child exploitation and abuse.

After Brenya went away with his aunt, his mother attended the child protection training program at a local church-based child development center. The impact on her was profound.

“My eyes were opened by the child protection training. I realized that many things I had done, and continued to do, amounted to my not watching out for my children’s well-being,” she says. “That was when I resolved to look for my son and bring him back home.”

Brenya’s salvation came when he befriended an older boy.

After two years of forced labor, Brenya met an older boy and confided in him about his situation. The boy happened to own a phone. He immediately called Brenya’s mother and informed her about her son’s location. With the help of the Compassion center staff, she was able to travel to the fishing village, find her son and bring him home.

“Had the center not acted, Brenya would still be enduring exploitation, and that would be the end of his education,” says the Compassion center director. “He might even have died, and nobody would have known about it.”

Today, Brenya is back in school. He is more determined than ever to complete his education, despite his advanced age.

The center director concludes, “We are grateful to Compassion International for the tremendous work in their fight to protect children. Through the education of the staff, caregivers and children about the issue, we are able to stop many potential child labor and neglect situations. In fact, community residents are now so informed about child protection that they report to us the slightest suspicion of abuse because they trust us to act on it.”

You can help prevent child exploitation. 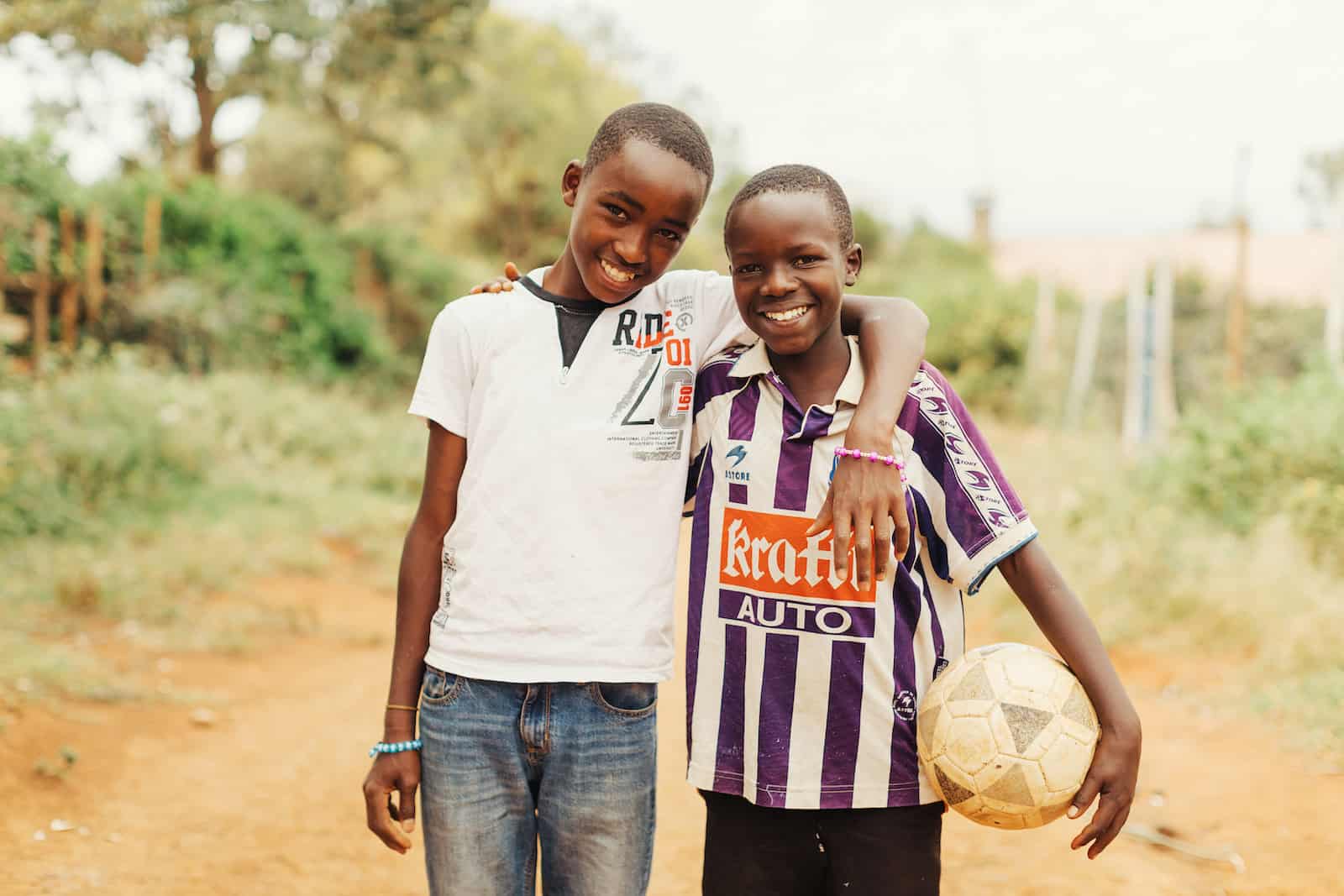 When you sponsor a child, they will join a center staffed by caring local community members. A center where they will be known, loved and protected. They will gain access to educational opportunities and health care. And they will be able to just be kids. 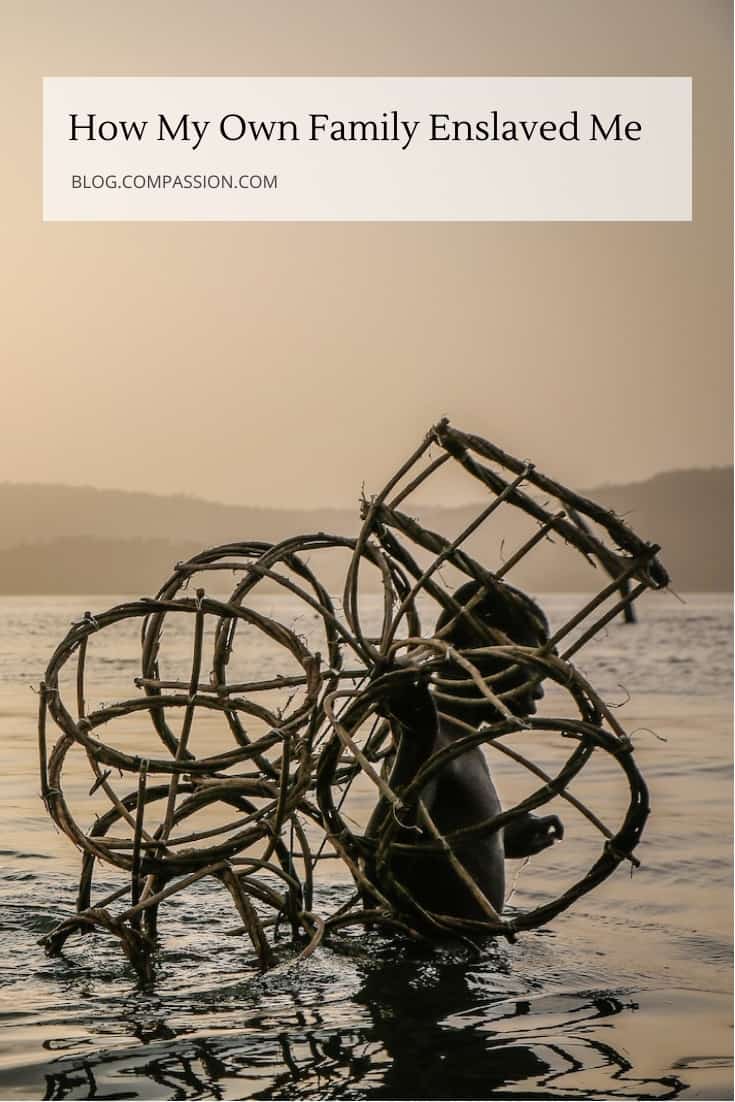