The Landslide in Ethiopia That Will Never Be Forgotten

Sometimes there are stories that just bother you, that rattle your soul, cause a lingering heartache and won’t let go. A few weeks ago, I heard about a tragic event that happened in Ethiopia and it hasn’t left my mind … or my heart.

It started with a headline that you will likely never see in any western media outlet:

More Than 100 Killed in Rubbish Landslide

You see, on the outskirts of Addis Ababa, there is this massive landfill — literally, mountains of garbage are piled here. It’s called Koshe. In Amharic slang, the word simply means “dirt.” And unlike anything you will experience in the United States, hundreds of families call Koshe home.

You read that right. They actually live in the landfill. 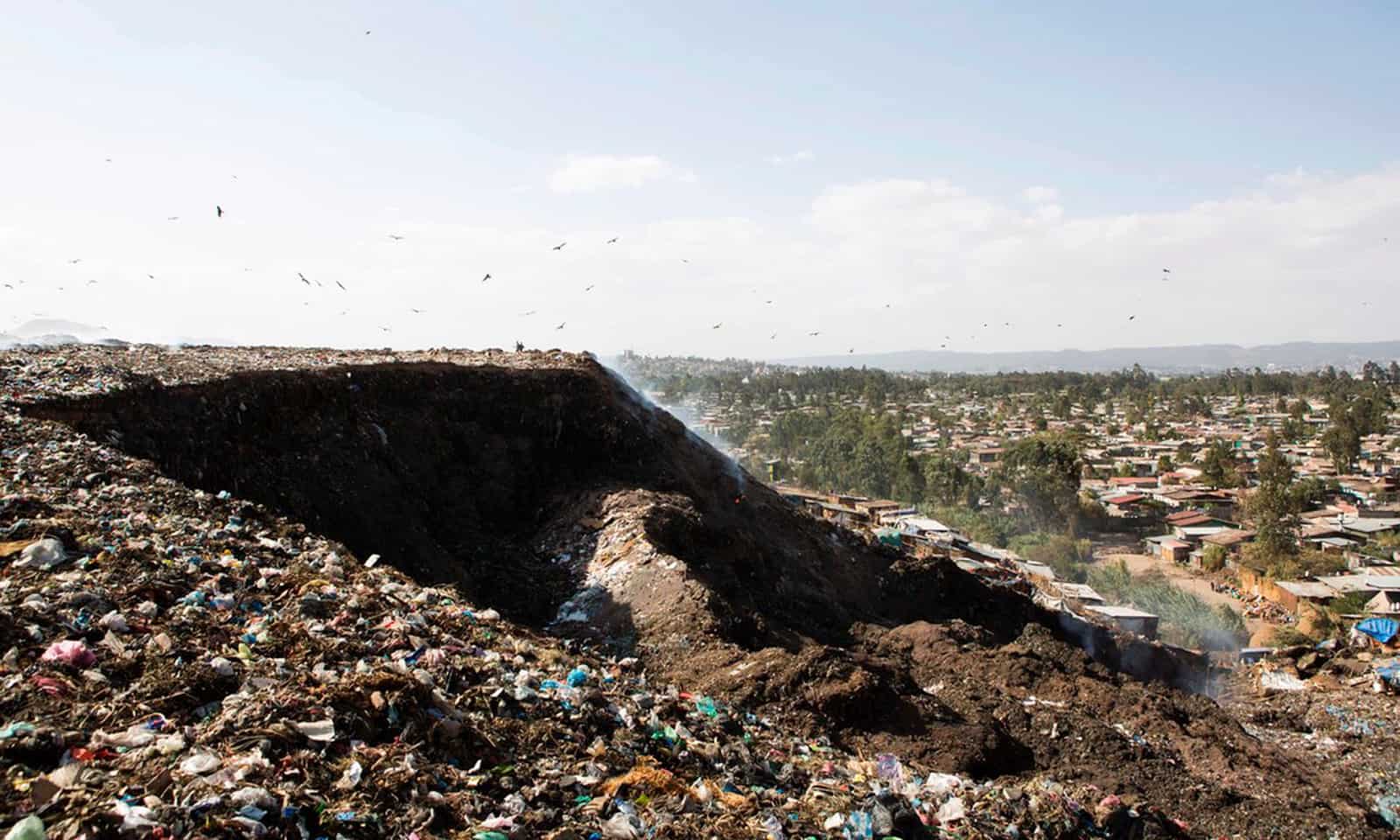 These are the poorest of the poor. Families that cannot afford rent in the city take shelter in the filth left behind by others, migrating from pile to pile for “safety” and for the “better garbage.”

Their only hope of survival is to rummage through the things others discard as worthless — in hopes of finding food or things they can re-sell. While we have our own struggles with poverty in our country, we have never had to experience families literally living in our landfills, scurrying through mounds of refuse to survive.

On March 11, tragedy struck Koshe. One of the mountains of garbage shifted and collapsed under its own weight. Entire families were wiped out in that horrifying moment.

Three Compassion-assisted children, along with seven siblings and four caregivers were among those killed. In all, 113 lost their lives in the sea of waste.

My mind keeps picturing rescuers having to dig through the stench of food scraps, empty containers and other unmentionable things to find the bodies of those who perished. It’s unbearable. 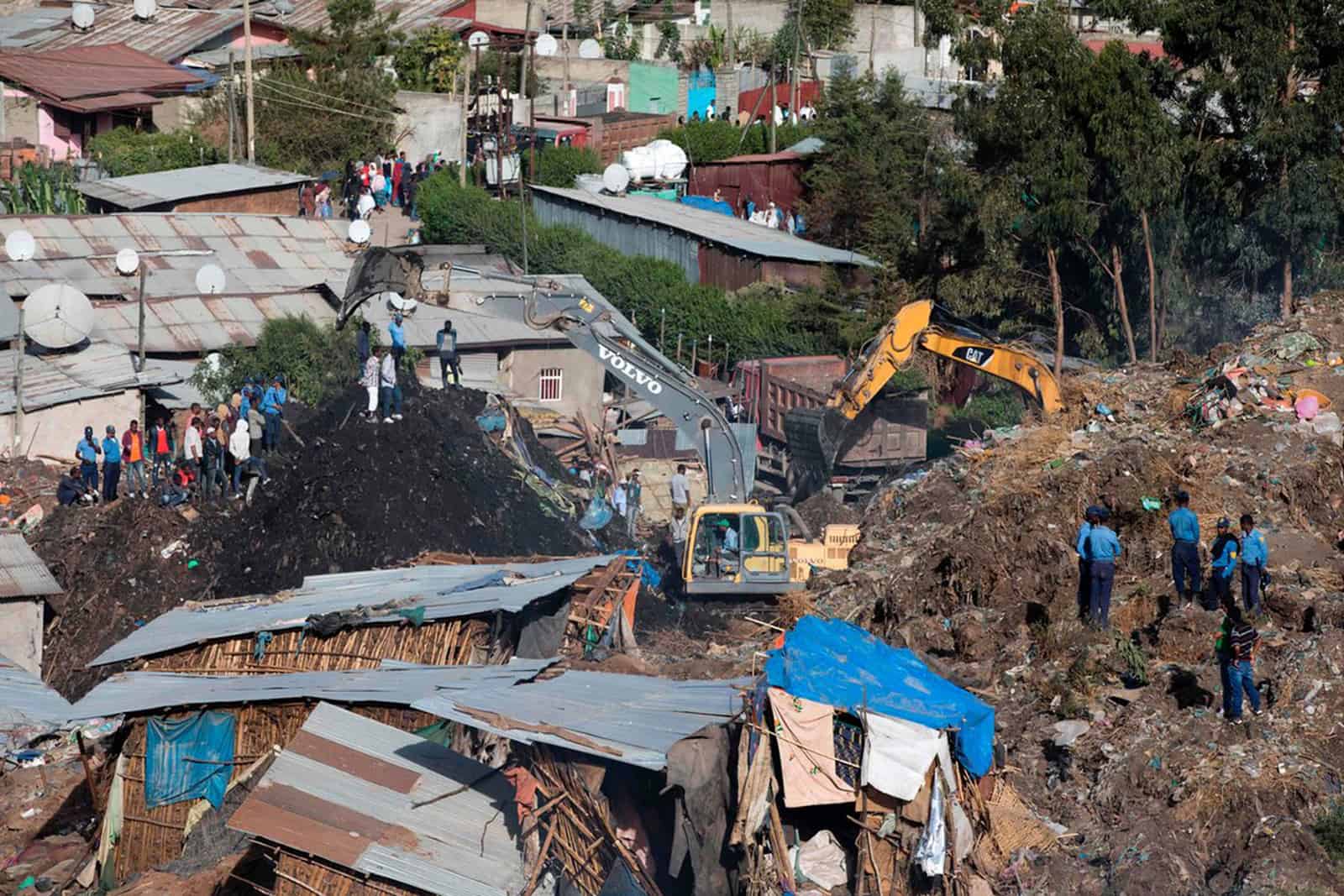 We in the developed world live in our own mountains of junk, don’t we? We pile up belongings so high that we need storage units to hold it all. Did you know that storage units are uniquely a western phenomenon? Most of the rest of the world doesn’t understand the concept of having so much stuff that you have to rent another building to hold it.

In my town, I drive by dozens of cars parked in the streets because our two- and three-car garages are so filled with “stuff” that we can’t park in them. We may not live in landfills but we certainly live in our own heaps, don’t we?

I didn’t really intend for this to be a rant on American gluttony, I promise. I just wonder at the parallel between the mountains of stuff that we collect in hopes of finding happiness and the mountains of filth that hundreds of Ethiopian families endure just to survive.

And I am broken over it. People actually died, drowning in garbage. 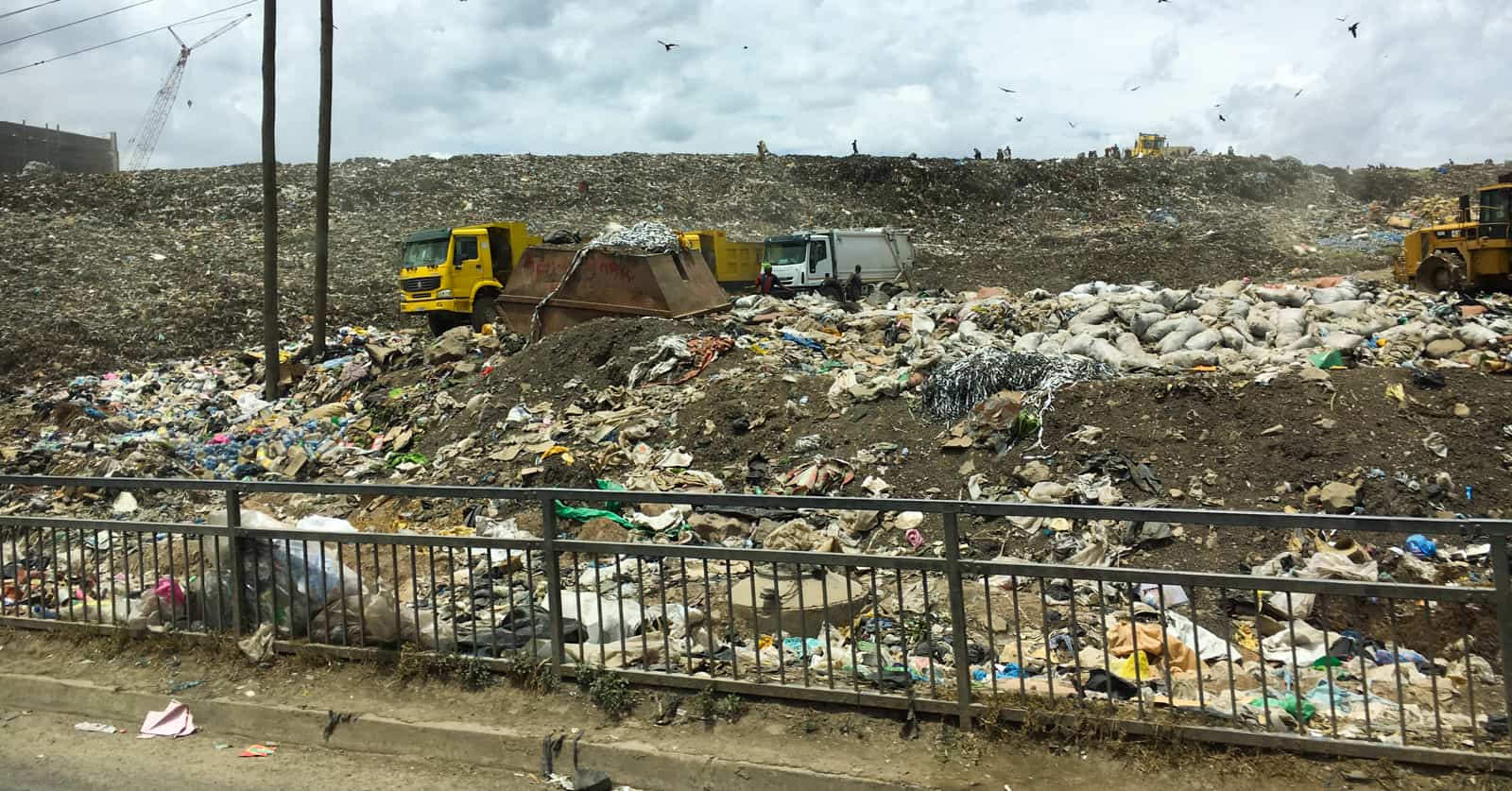 Landslide at the Koshe landfill in Addis Ababa, Ethiopia that took 113 lives.

Perhaps if this is nothing else, it’s a reminder for me to get rid of the meaningless junk in my life. To realize that there are those suffering in squalor beyond even my own comprehension and to do something about it.

My family sponsors a little boy in El Salvador. I pray that our efforts, along with those of Compassion and the local church, will help release little Hamilton from the poverty that seeks to bury him in the garbage of circumstance.

May he never have to dig through someone else’s waste for food. May he never have to go to school with the smell of trash on his clothes because he calls a landfill home. And may we be reminded that we who have so much — perhaps even too much — are called to care for those who literally sleep at night on the filth we discard. 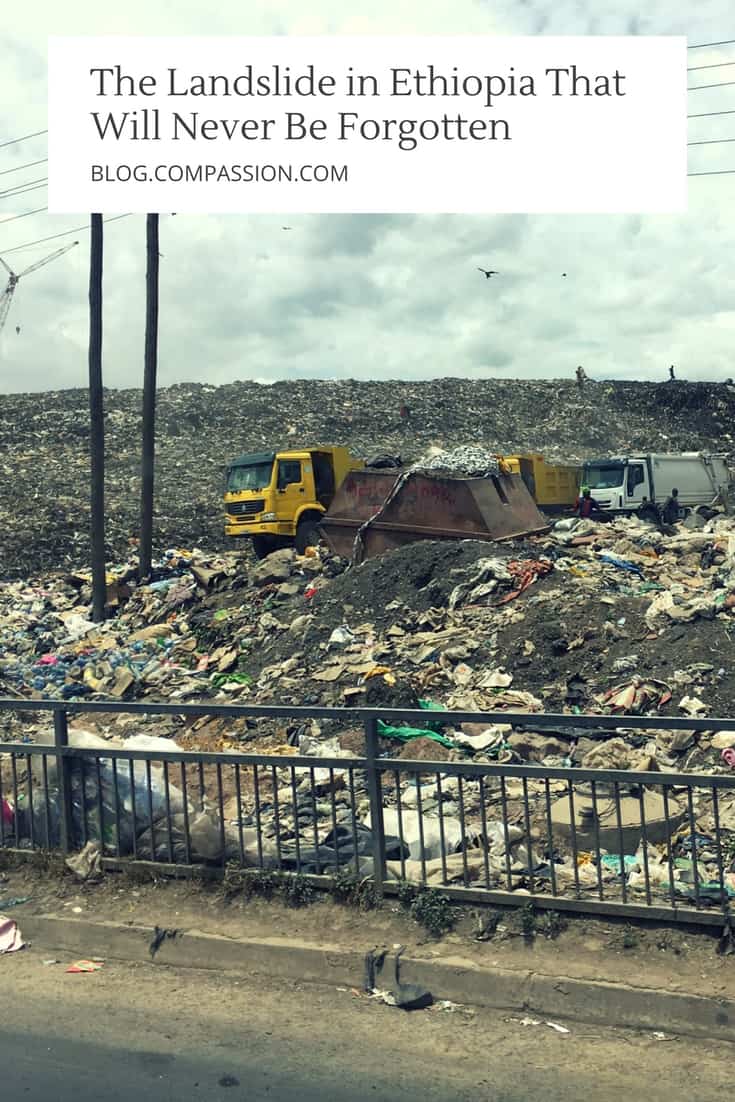 Child Sponsorship, In the News, Poverty 101

Prev Post:I Thank My God Every Time I Remember YouNext Post:Looking up to Young People in the World