Scrappers: 15 Photos of Life on a Landfill

Every day around the world, thousands of people wake up early, get dressed and head to a day of work at the local landfill. They want to be there first when the trucks arrive to dump fresh garbage on the mountain of trash. These scrappers search for plastic and metal — anything recyclable they can sell or somehow reuse.

While they work, pigs, vultures and insects surround them. It smells, and it’s dangerous. But these people are resourceful. They don’t have much, but they do have determination, grit and enormous courage to do anything in order to provide for their families.

Many Compassion-assisted families make their living on the garbage dumps. Families like Antonio’s. 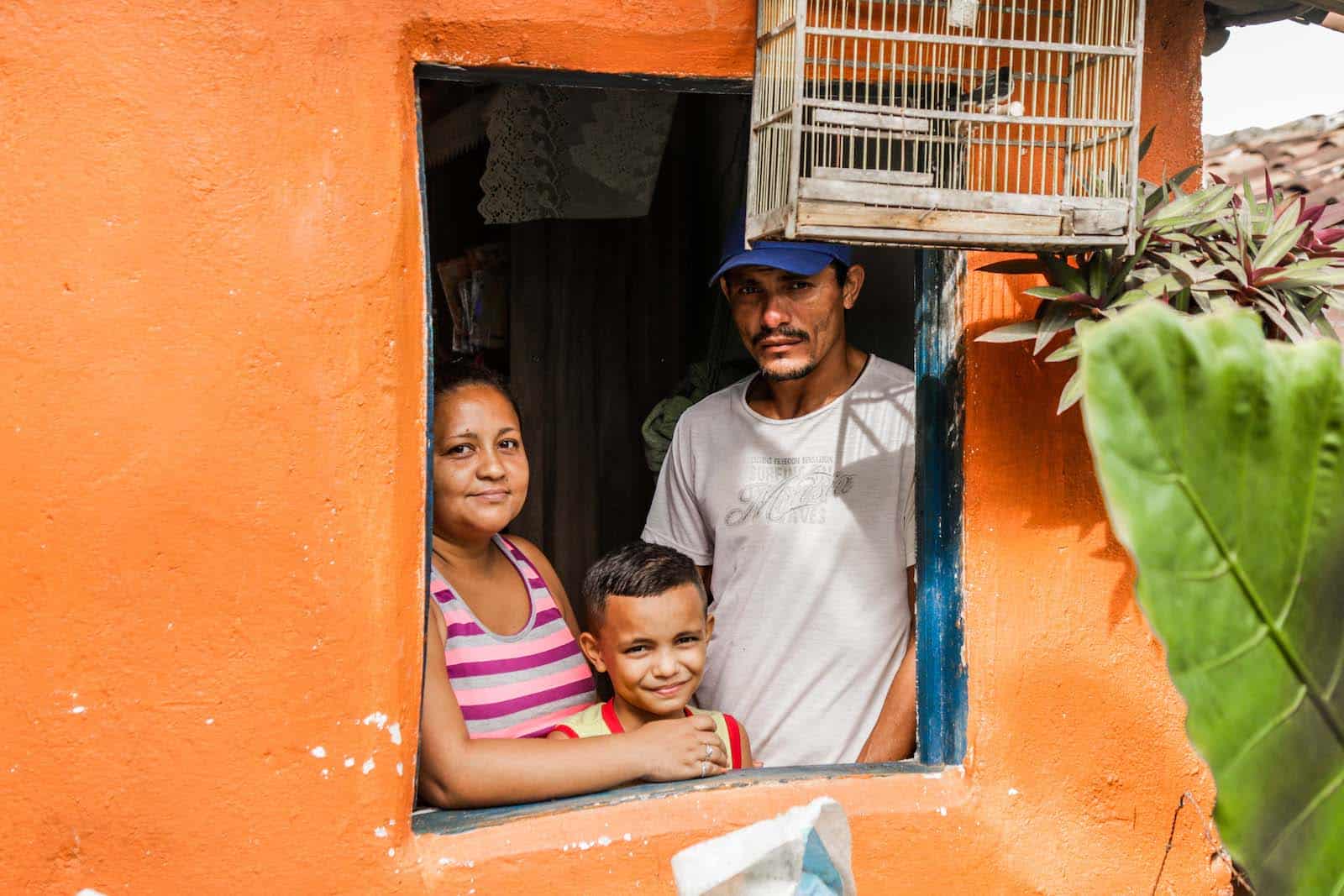 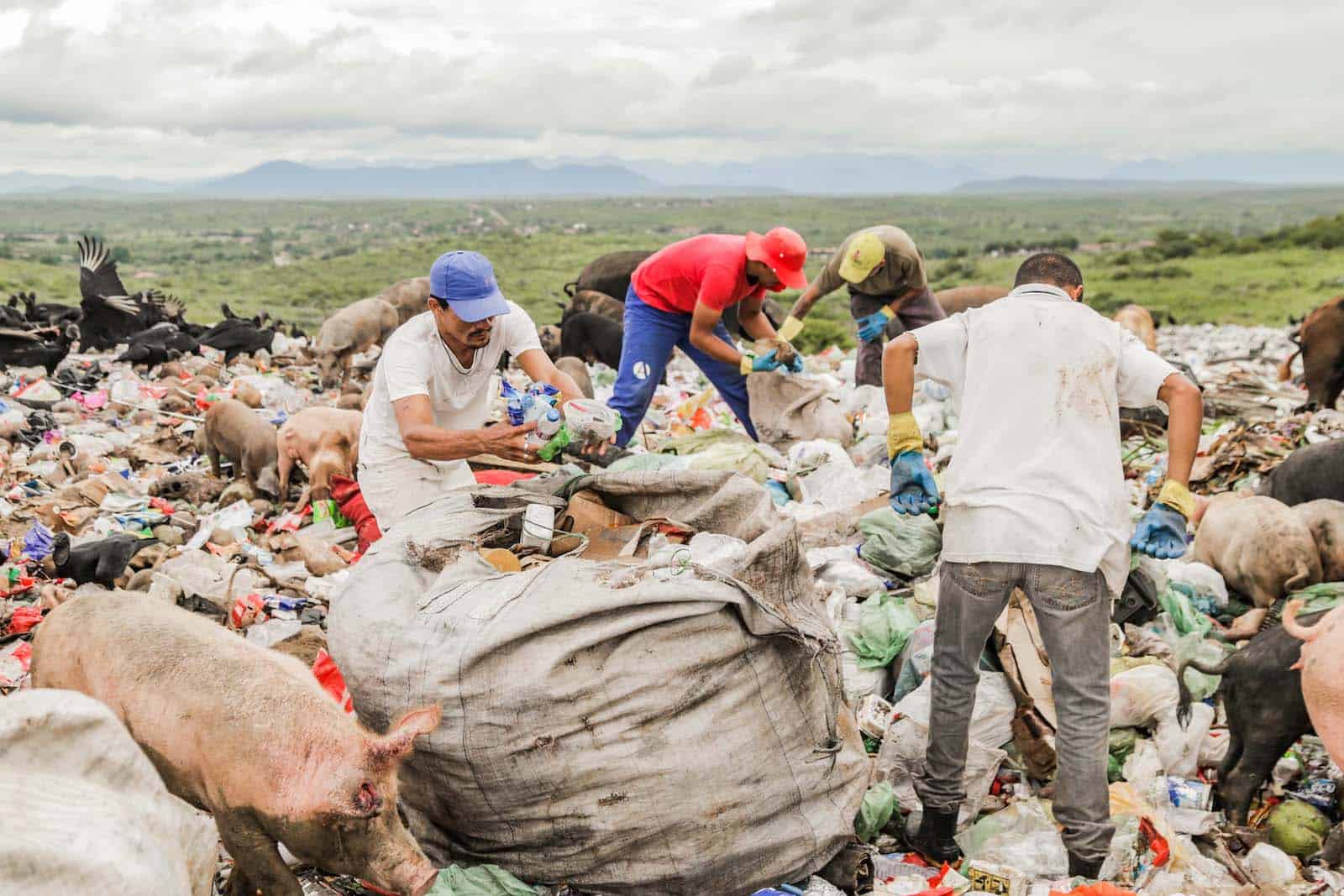 Antonio from Brazil knows how to recognize what is precious when everyone else considered it useless. That is why, despite the nature of his work, he has a deep satisfaction seeing the bread on his family’s table and the smiles of his children after a long week of work.

Antonio’s 8-year-old son, Francisco, comes with him to the landfill when he’s not in school. 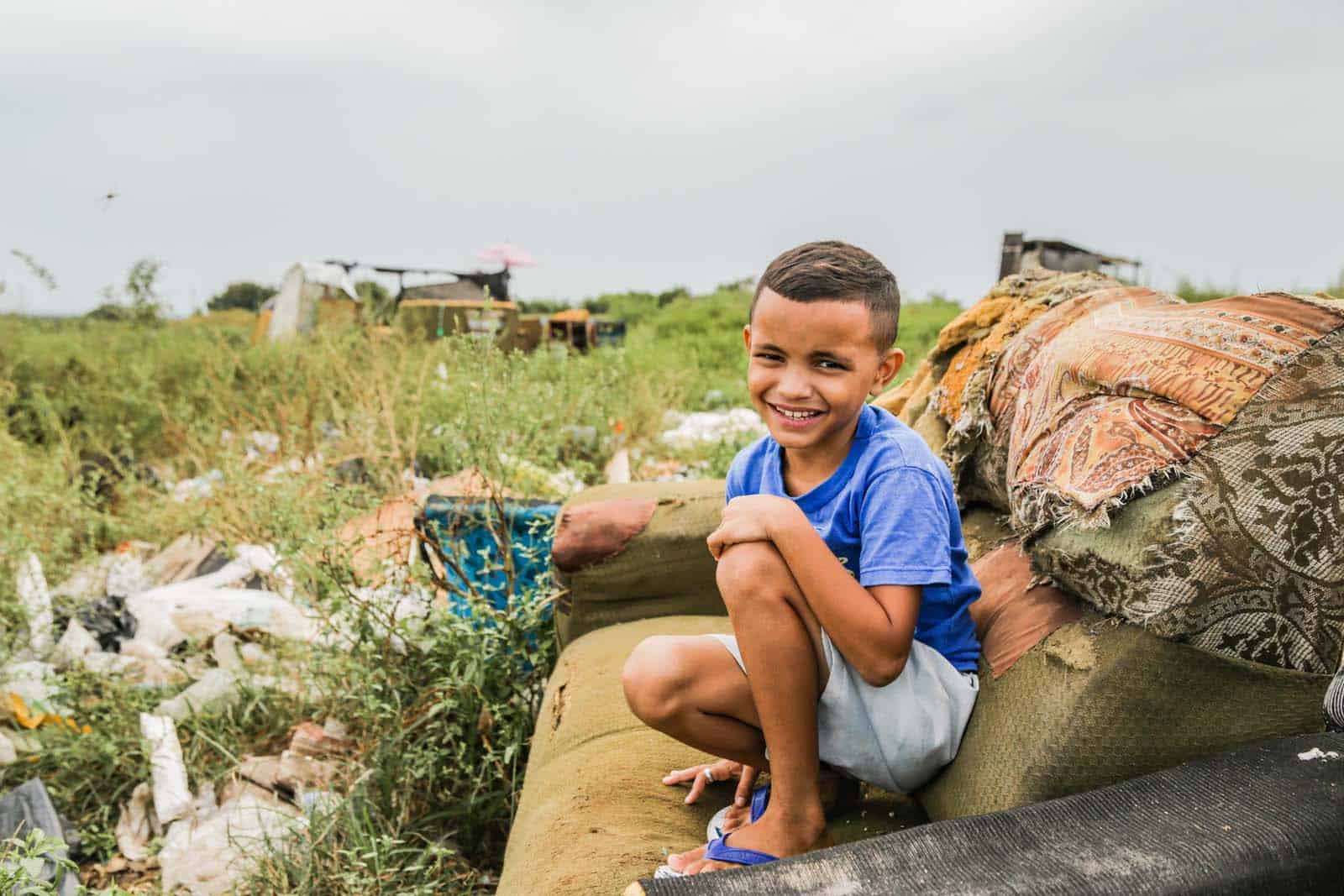 “I don’t do much because I’m still small and some things can hurt me,” says Francisco. “I like being with my dad, but the smell there is horrible.” 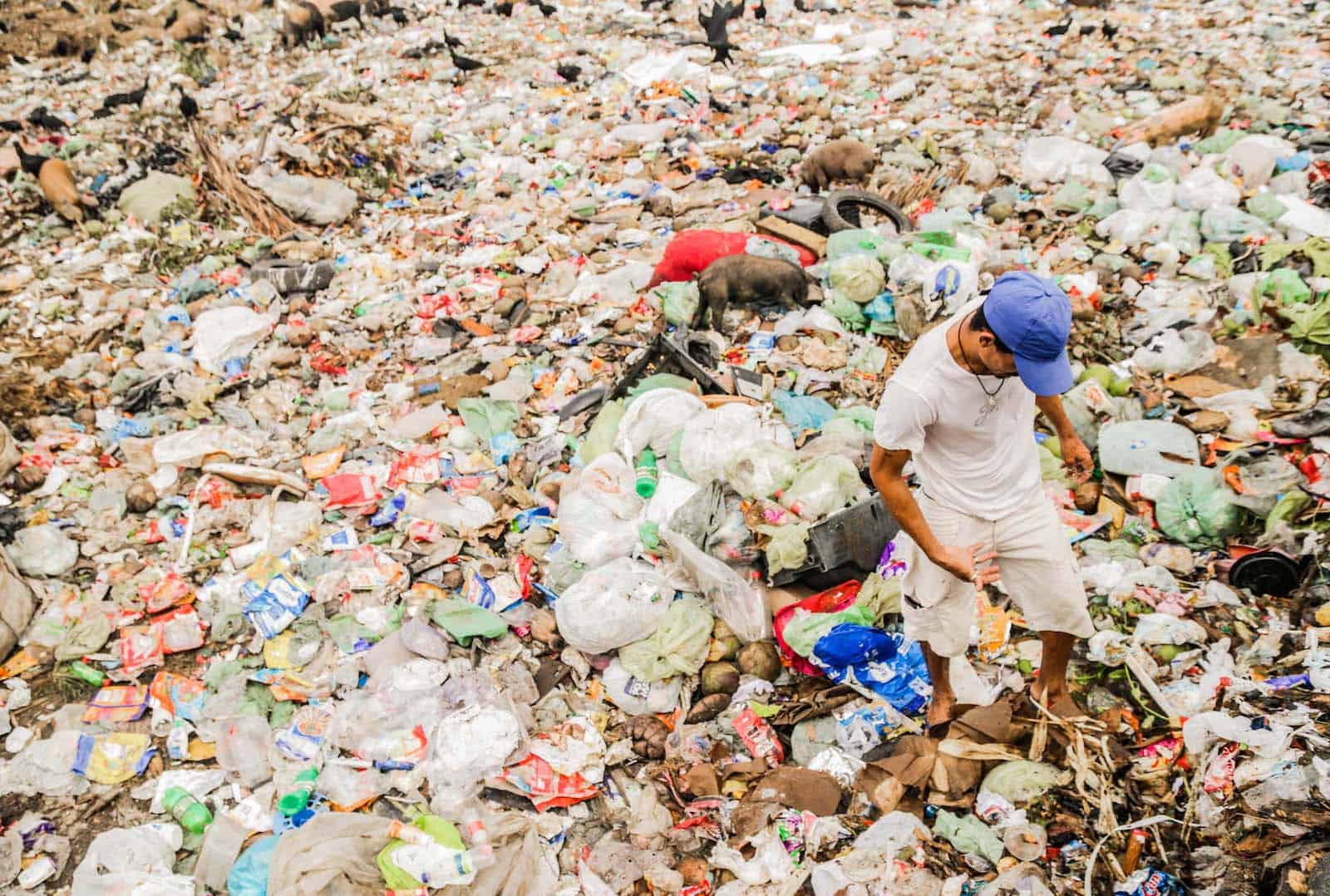 Antonio doesn’t wear gloves or proper shoes while walking on the trash. He carries the weight of 33 years on his back, but the marks of heavy work make him look much older. In a typical work week, Antonio manages to fill about six large bags with plastic or metal and sell them for about $3.75 each. His older son is already working with him at the landfill to help him earn enough each week to provide for his family. But that’s not what Antonio wants for his children. 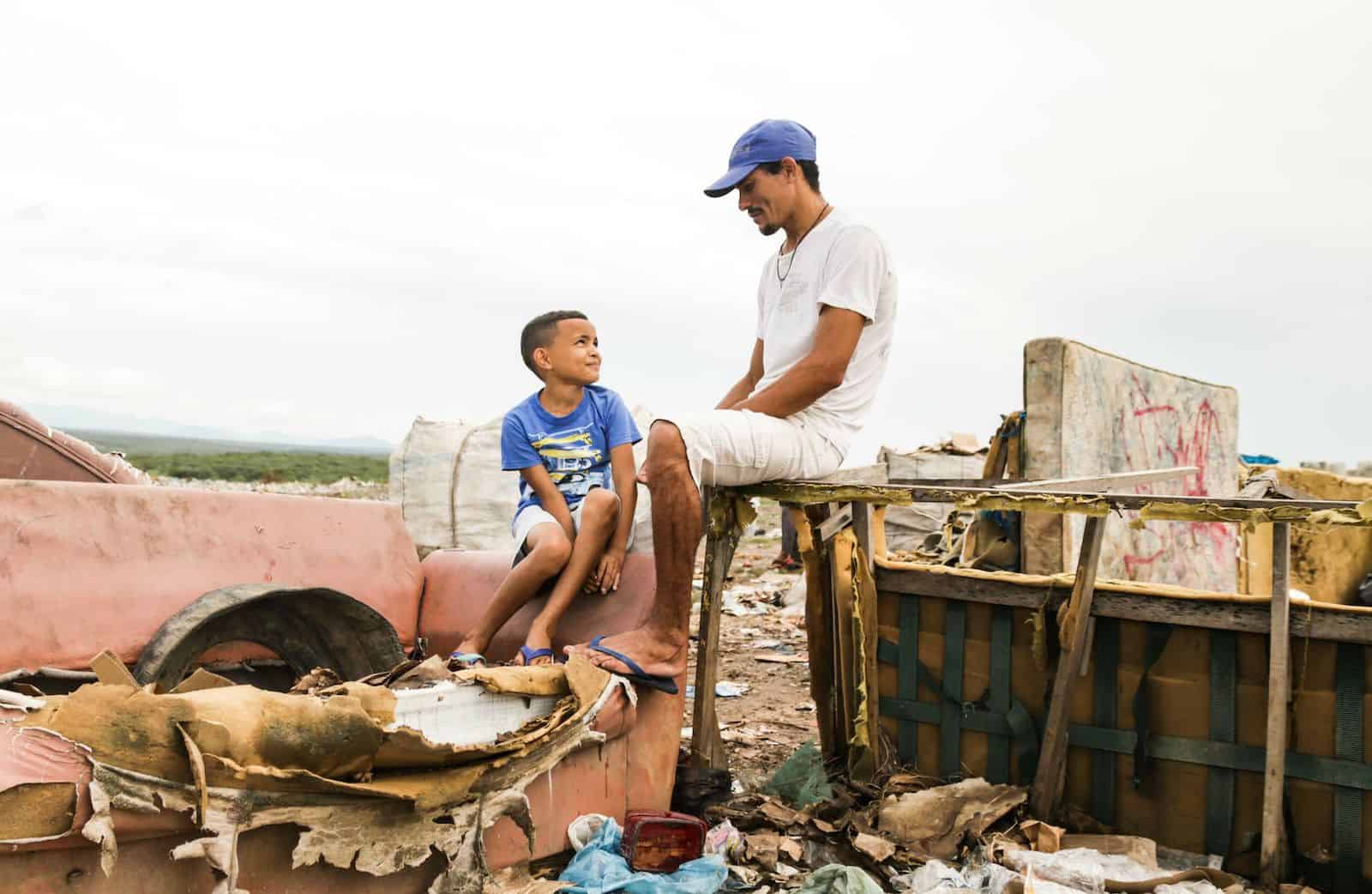 “Life here is not easy,” says Antonio. “I’m not ashamed of what I do because it’s an honest job. I don’t hurt anyone. But I want [my children] to have a better life.”

For Maria in Ecuador, the landfill is safer than her home.

Maria wakes at 4 a.m. each morning to prepare for her day of working at the landfill. Once her son, Rony, is dropped off at school, she heads to the dump for a long day with other women from her community in the Amazon jungle. After Rony finishes school, he will help his mom sort cardboard or plastic bottles to sell to recyclers. 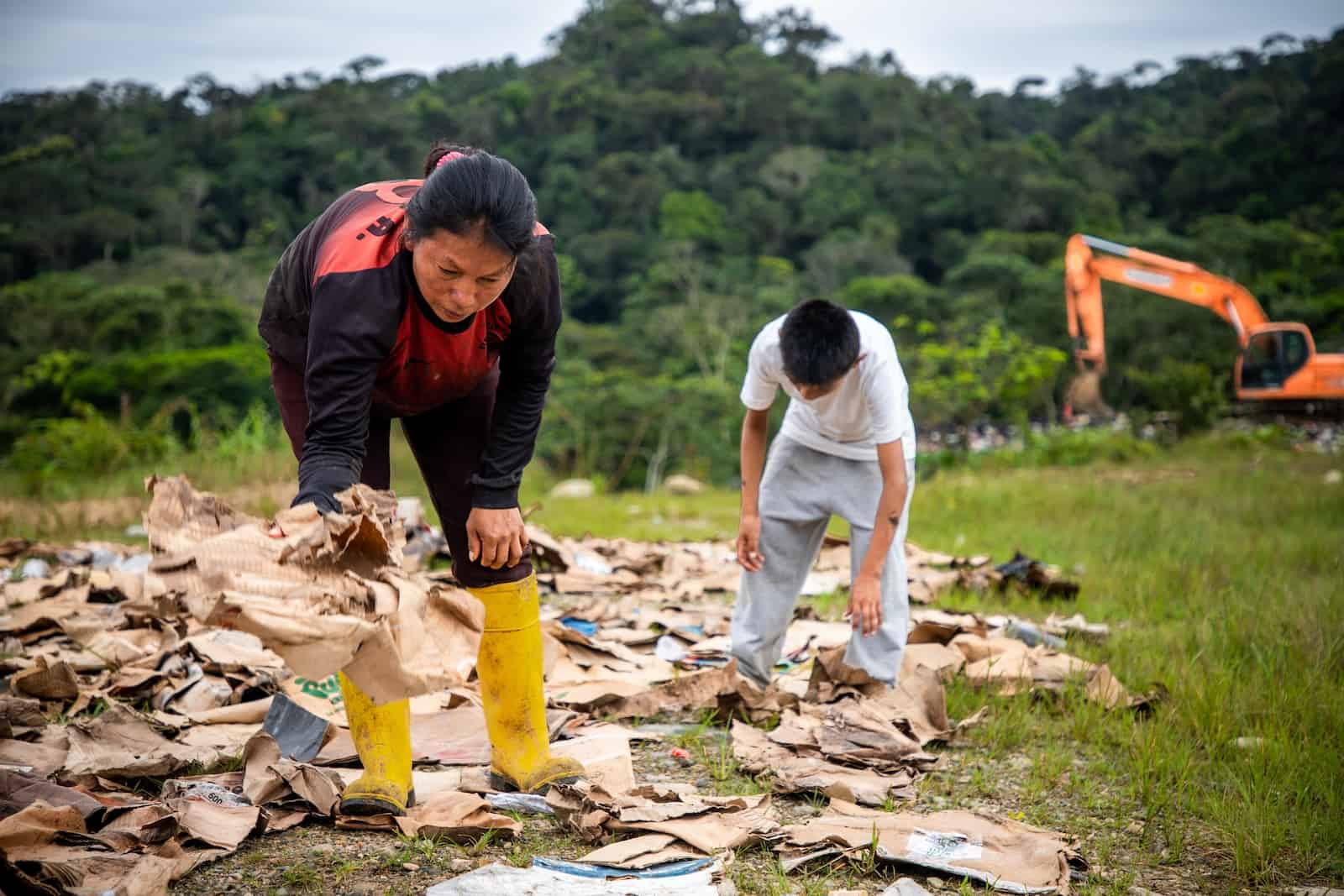 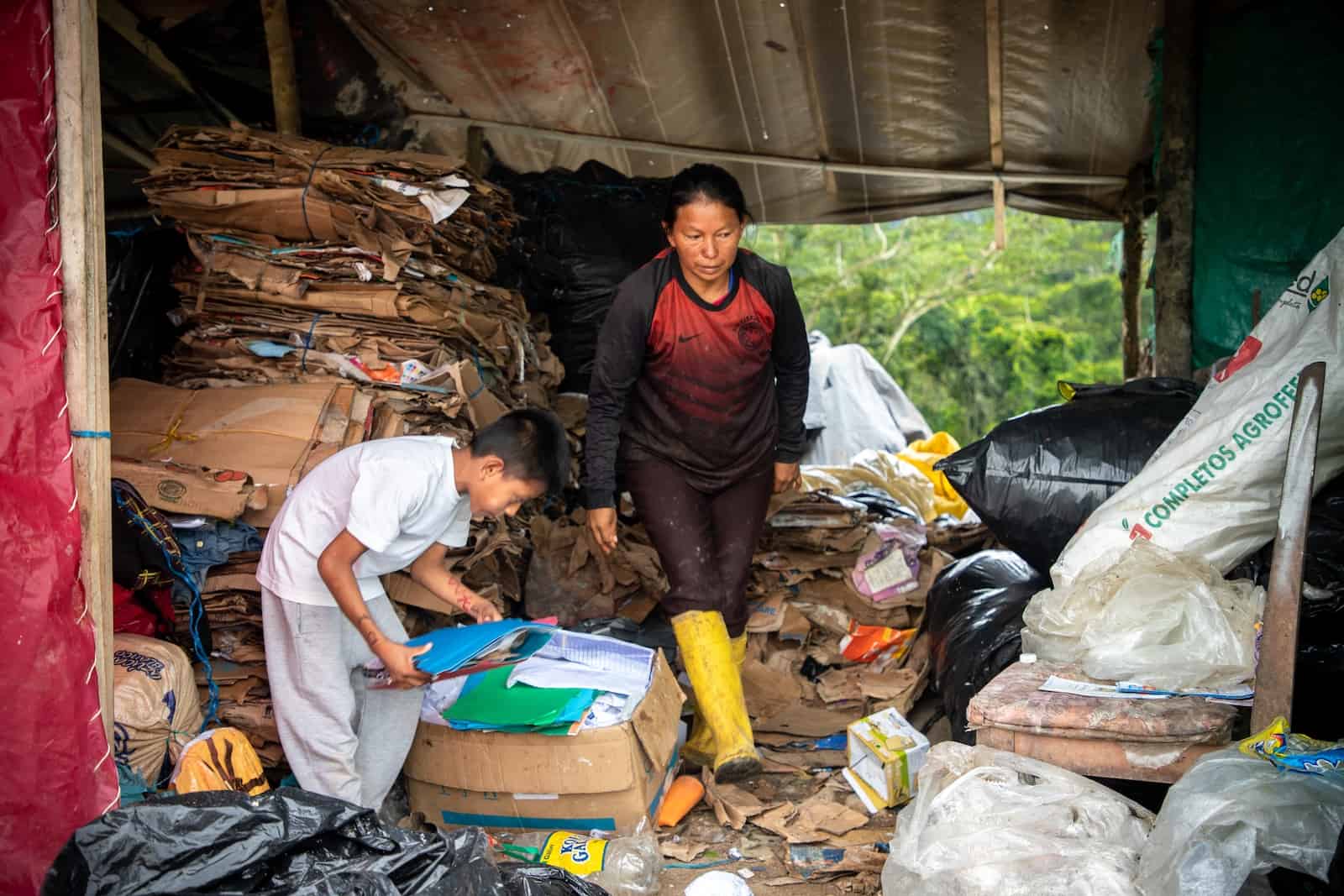 “I don’t mind digging through the trash. I do not mind hurting myself with glass or aluminum cans,” says Maria. “The only thing that matters to me is that my children are well and that they have food at night.”

At home, life is even more dangerous for Maria than at the dump. Her alcoholic husband is violent. She often hides outside, waiting until he passes out before coming in at night. But both Maria and Rony are finding hope and support through sponsorship at the church-based Compassion center. Rony’s dream is to become an architect and build a brick house for his mom. Maria hasn’t lost her hope either. 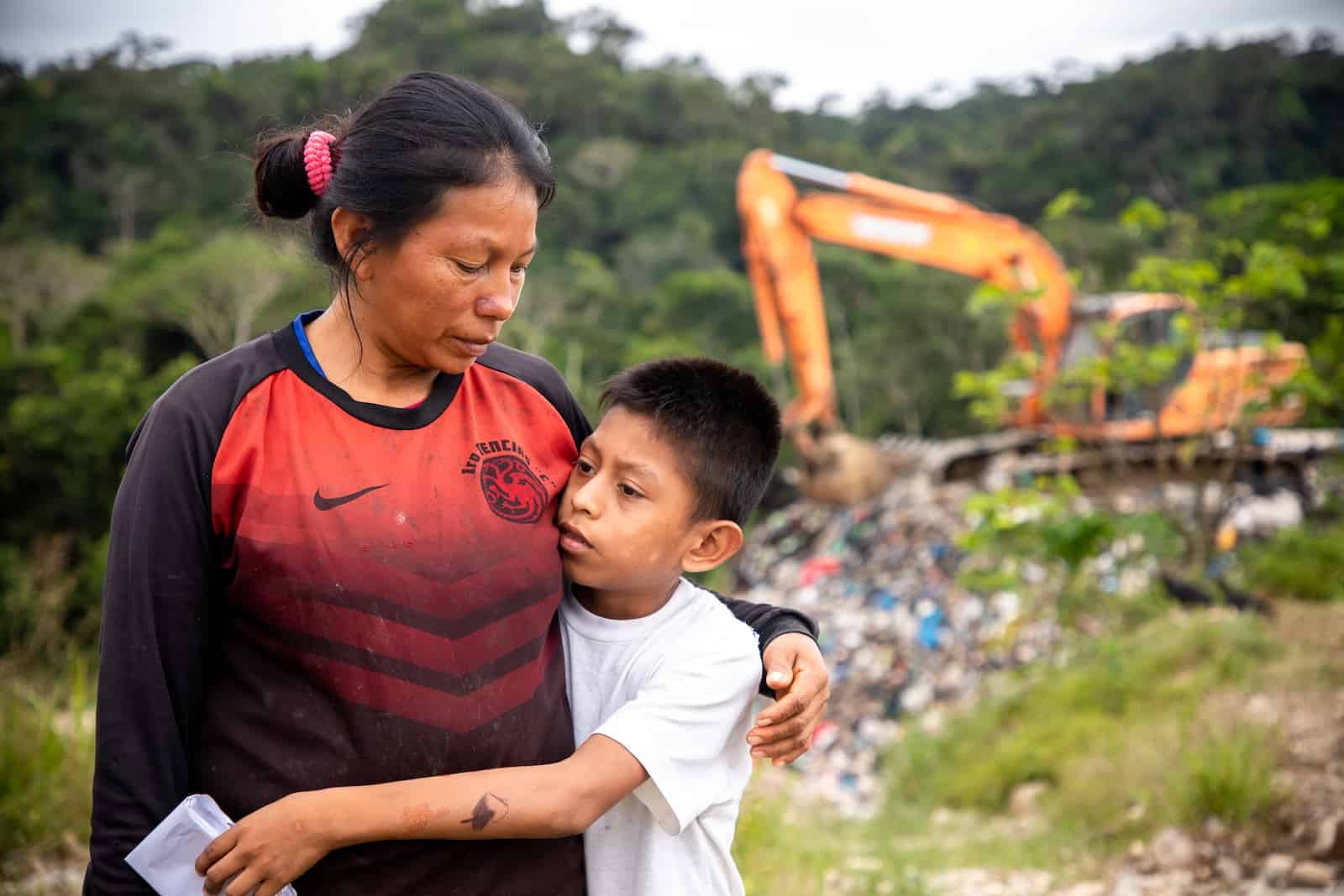 “We are children of God,” says Maria. “He is protecting our family. Through every circumstance, He is with us.”

Enyew is another parent making his living on a landfill.

When you look up from Enyew’s home in Addis Ababa, Ethiopia, you can see the vultures circling. They rise on a draft then swoop down upon the mountain of trash below. 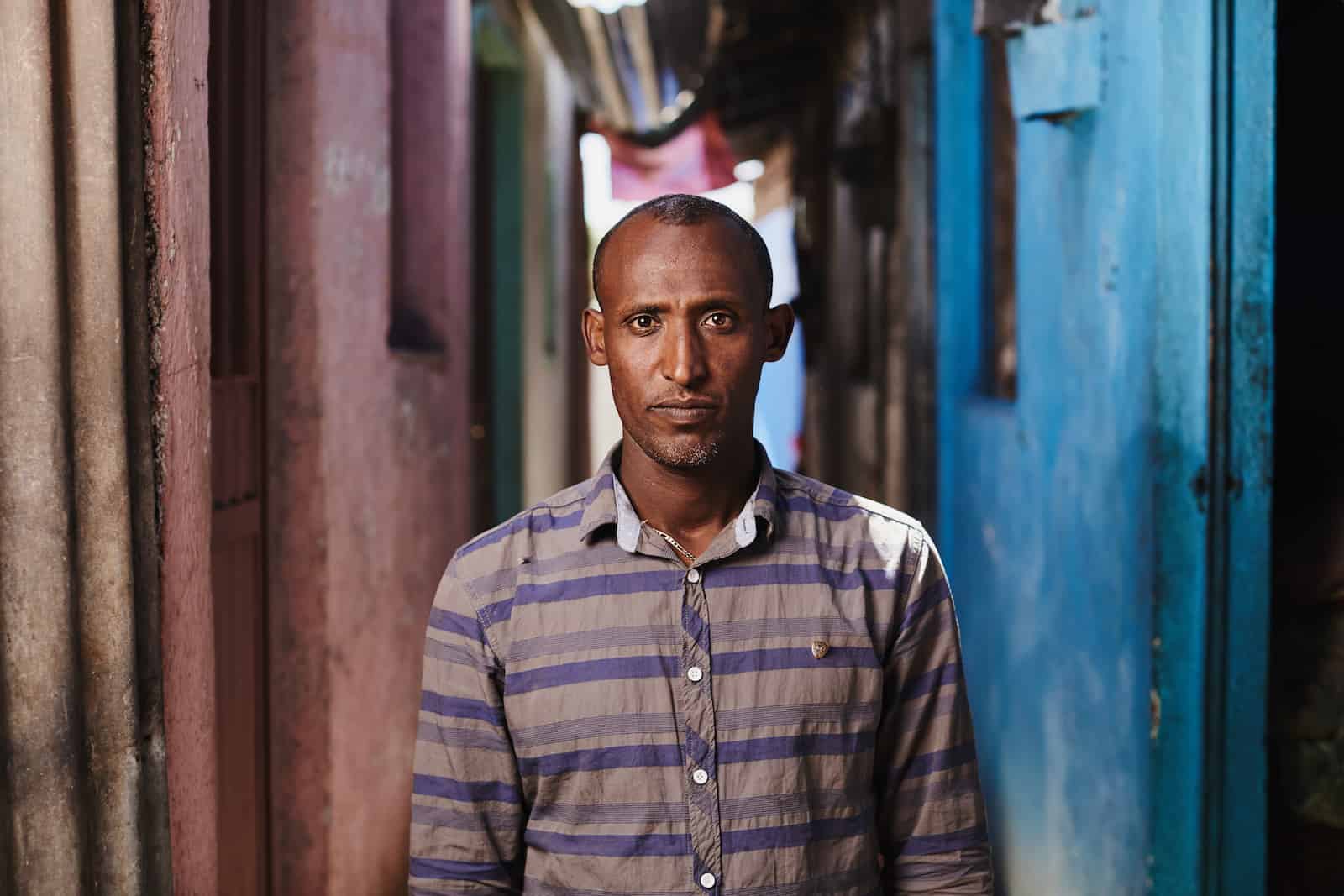 Enyew and his wife Tiruwork are a young couple who live near the city dump. The heaps of garbage form foothills in front of the mountains that surround the city. They don’t like living on the edge of a dump — but it is Enyew’s workplace. Enyew started searching for scrap metal at the dump 18 years ago. For his job of sifting through garbage, he earns about $10 a month.

The city landfill is extremely dangerous. In March 2017, a landslide killed more than 100 people sorting through trash at the landfill. Enyew was working nearby, but survived.

Yet he goes back every day to provide for his family.

“That was very scary, but since I have no choice I’m still working there,” says Enyew. “It’s very difficult going there every day.”

Turning down the street into the alley where Enyew’s family lives near the landfill, you will find their one-room home of about 8 by 6 feet. Despite the cracks of light that peek through the stick walls patched with plastic bags, the home is dark. But if you peer in past their pink metal door, you will see the radiant smile of a mother, Tiruwork, and her two peaceful twins sleeping on a bed. 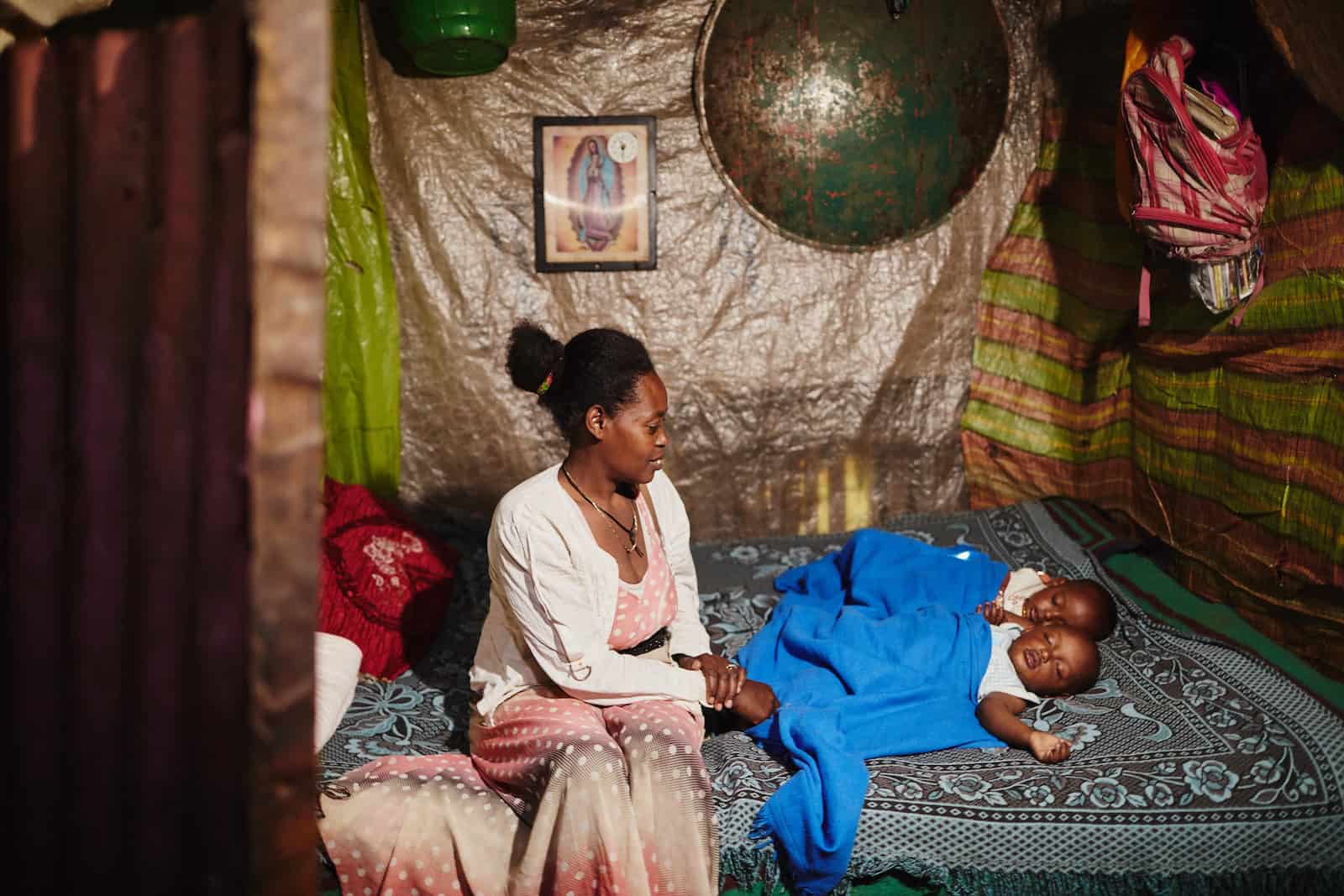 This is why Enyew goes back to the landfill every day.

The peace of Tiruwork’s smile and her sleeping children contradict the despair she felt when she learned she was pregnant with twins. She considered an abortion. Tiruwork didn’t see any way they could provide for a family of four. But Enyew was determined to keep his family intact.

“I made a vow to do anything so they can survive,” says Enyew. 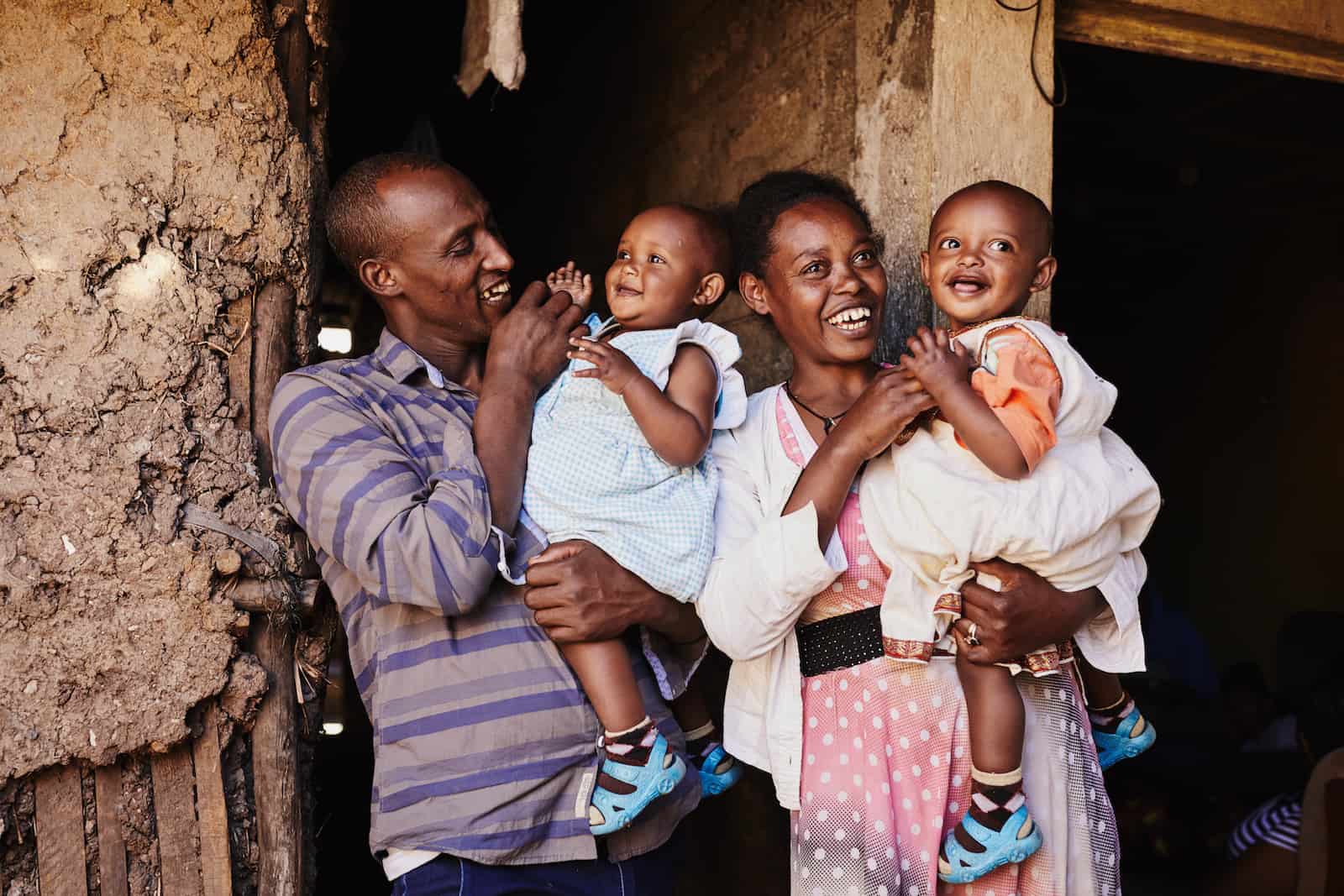 Now, their twins are 2 years old. Life is still hard. But with the help of Compassion’s Survival Program and through Enyew’s exhausting work at the landfill, they are making it.

Landfills aren’t only places of desperation — they can also inspire surprising ingenuity. 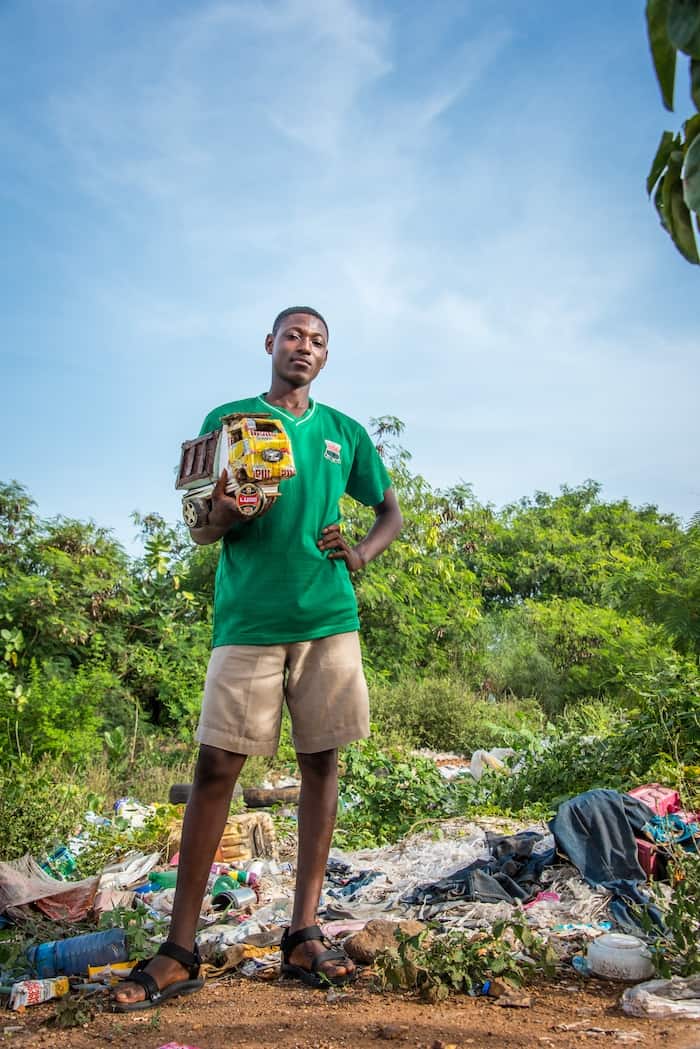 Many people in extreme poverty go to garbage dumps looking for items they can reuse. Richard from Ghana took that to new levels. He’s an inventor. Richard can’t afford the batteries or circuit boards he needs to tinker with his creations, so he heads to the landfill in Accra to find what he needs. 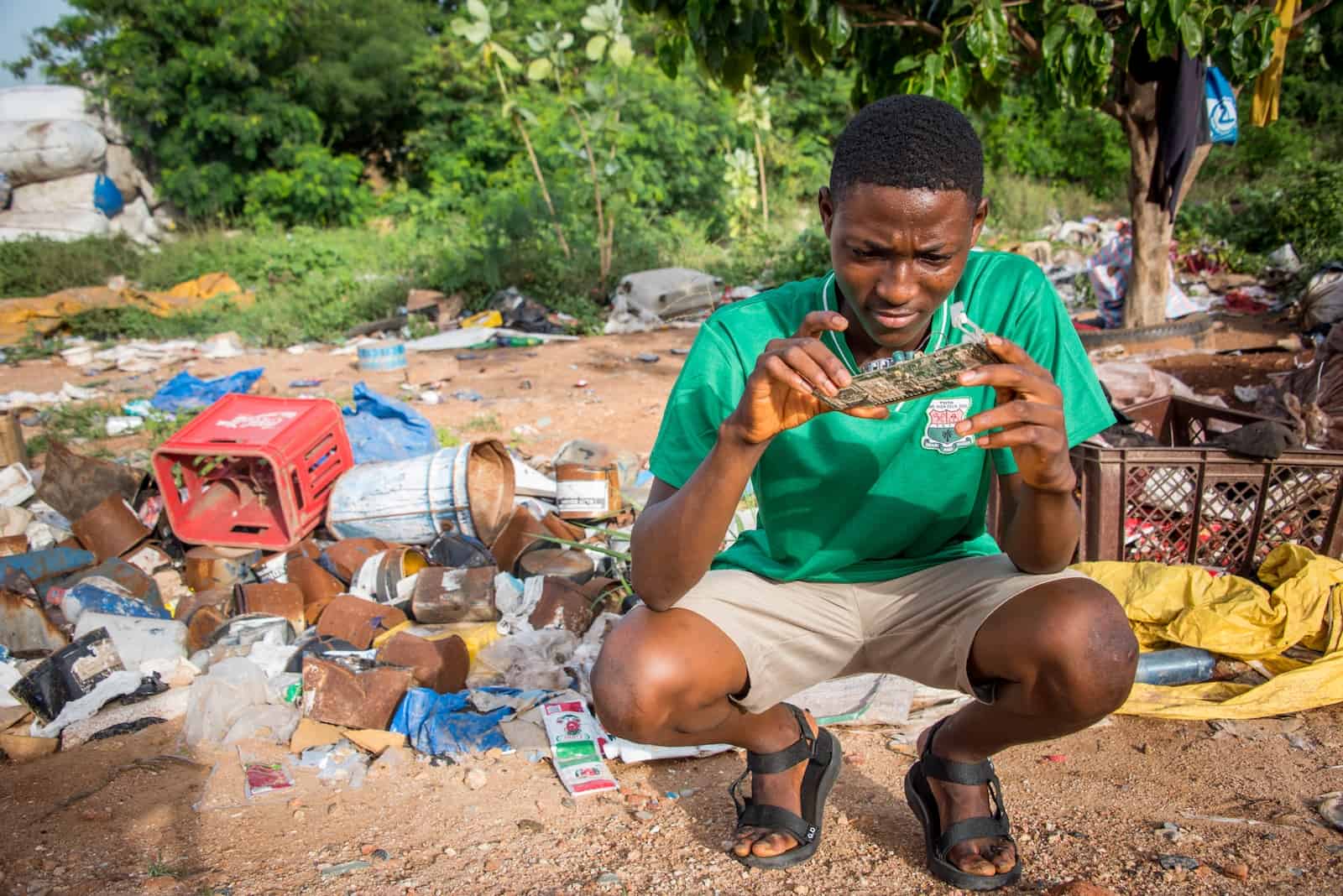 He takes his finds home and experiments with them, making radios, toys and other handy items. Because of his skills and resourcefulness, the Compassion center helped Richard get a job as an apprentice to a local electrician. But his dream is to become an engineer. 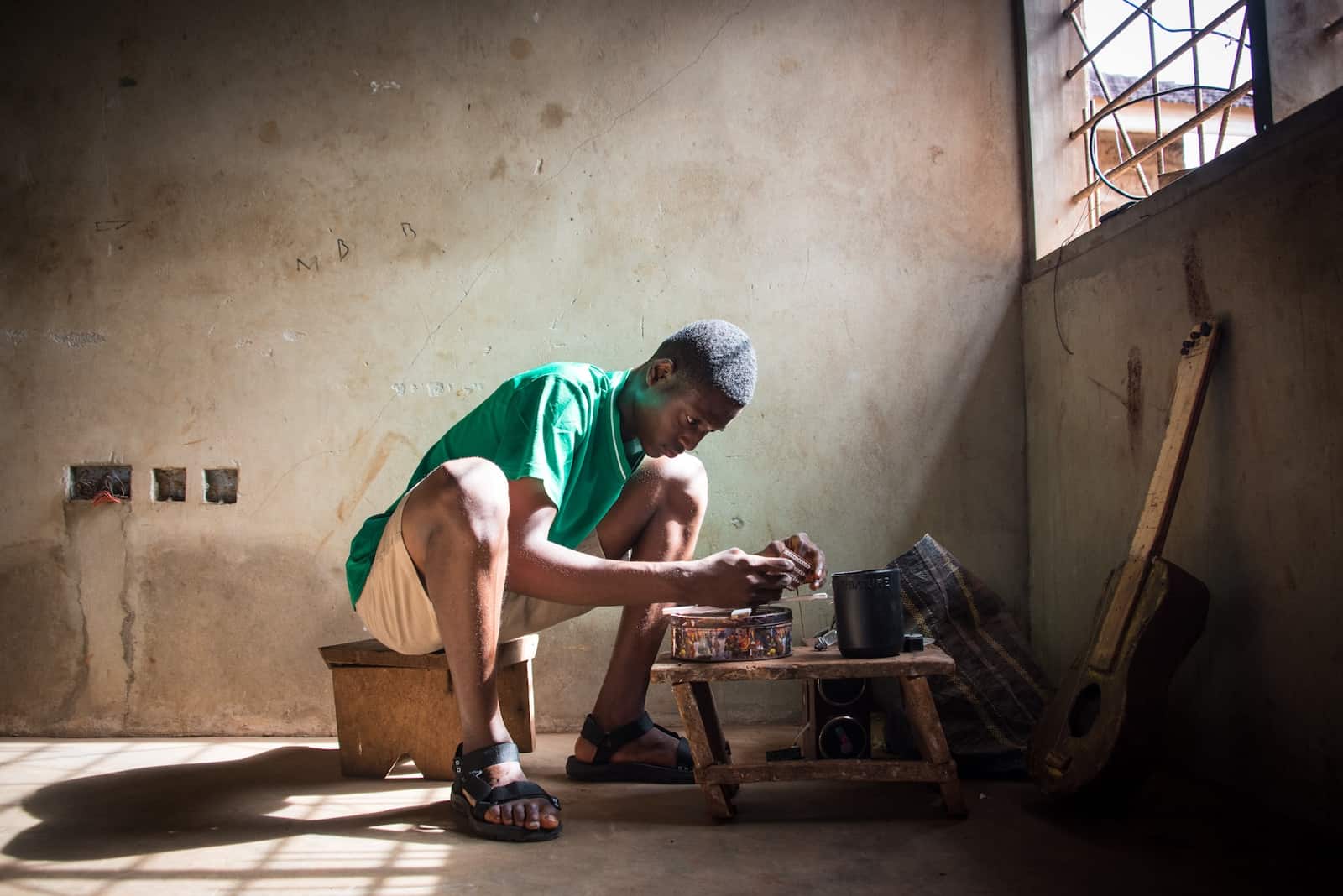 “[Sponsored children] get that can-do spirit that says, ‘Yes, I can do it. I might be disadvantaged at the moment, but that should not keep my potential down,’” says Padmore Agyapong of Compassion Ghana. “We help children see that, though they are poor, they are surrounded by so many opportunities.”

Compassion’s church partners around the world are working to make sure each child has an opportunity — no matter their circumstances.

When Pastor Valmir and his wife Verineide in Brazil saw the circumstances of families like Antonio and Francisco’s, they were filled with compassion. They started a Compassion center to serve the families that survive by collecting garbage.

“It broke our hearts to see so many children among the pigs and vultures,” says Verineide. “Living in this situation, many of them can’t see the value inside them. Here at the center, we want them to discover that they have value and they can dream big.” 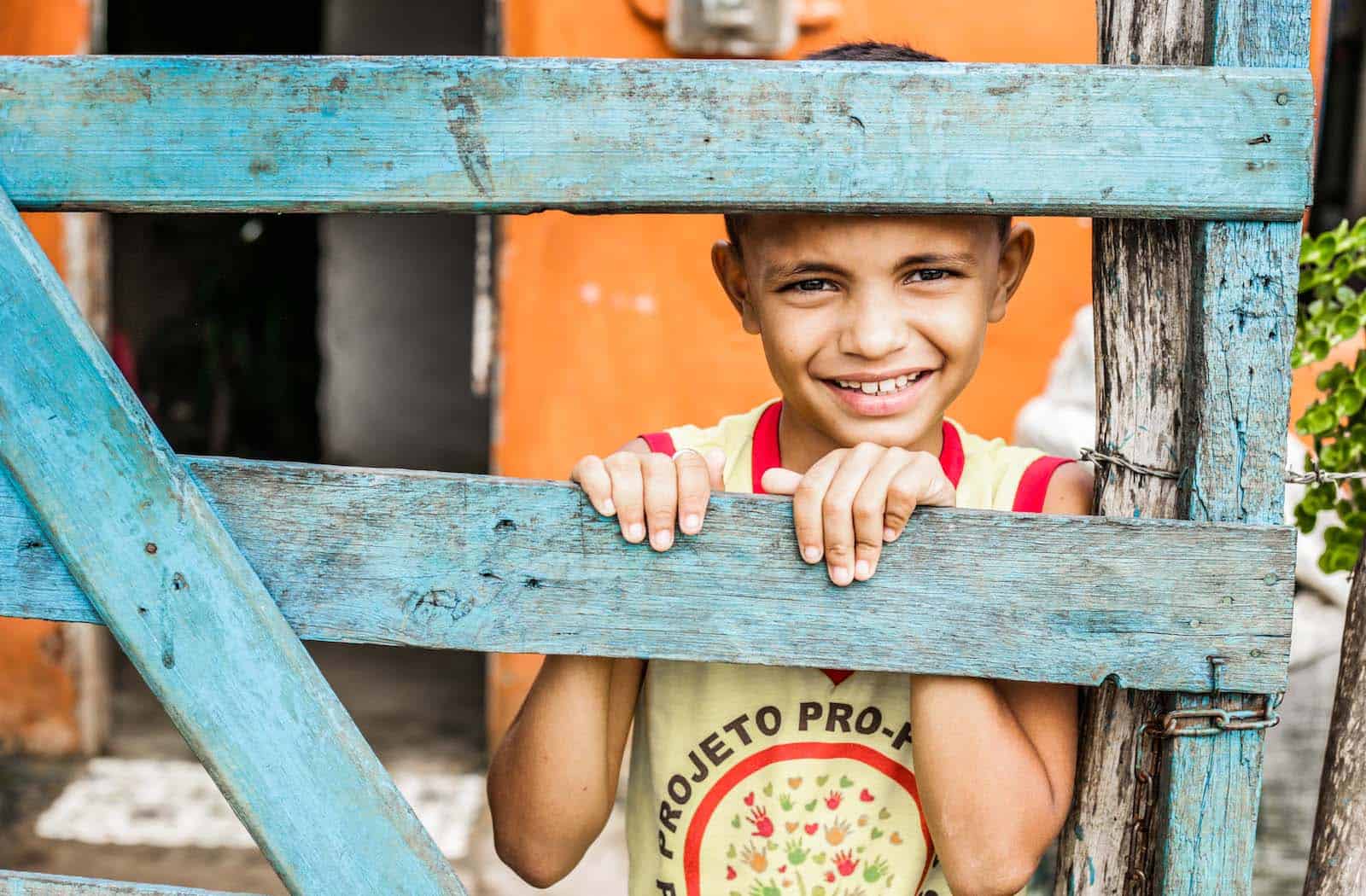 Now Francisco’s family is not alone in facing life working on the landfill. At the center, Francisco and other children in the community enjoy delicious meals, receive care from volunteers, and get help for their particular needs. They learn that no matter what their family situation, they can believe in a better life.

Children around the world, from Francisco to Rony to Richard, are finding a new hope. They are getting the education and opportunities to pursue a life outside of the landfill. And they are encouraged through their local churches that, although they live amid garbage, they have immense value. They are loved and worthy children of God with so much potential inside of them. 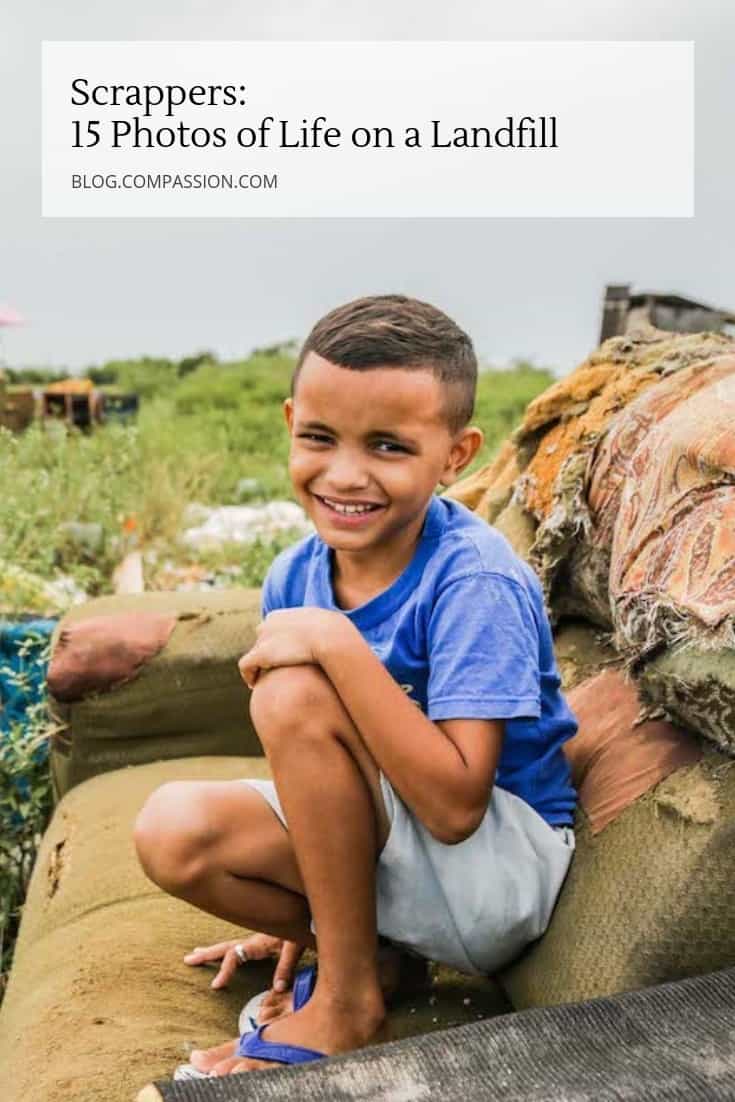 Sara is the photojournalist for Compassion Brazil.