Why This Girl No Longer Thinks She Is a Failure

For Sharith there was no other explanation. She must be stupid, she thought, because she couldn’t understand anything she was being taught at school.

At age 7, Sharith was a first grader for the second time, but her school performance wasn’t getting any better. Her schoolmates made fun of her because she couldn’t write or pronounce words correctly. Her mother, Yeimi, began to lose hope that Sharith would pass first grade the second time around.

“Perhaps it would be best if Sharith no longer went to school. She is not trying hard enough,” Yeimi began to think.

A 7-Year-Old in Need 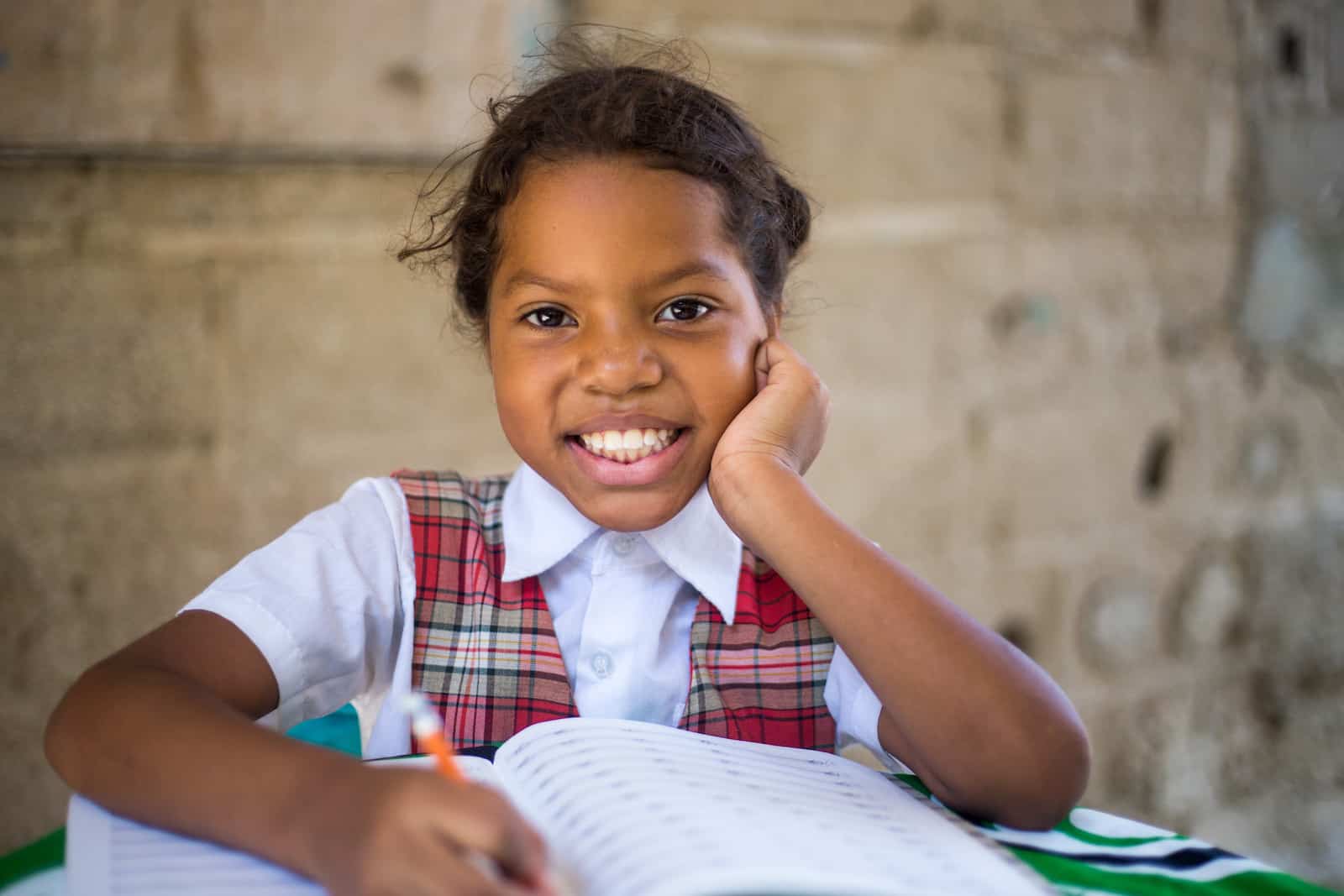 Santa Marta, Colombia, a community of unpaved streets and extreme poverty, is where Sharith lives with her parents, Jan and Yeimi, and her three siblings. Because of health issues, Sharith’s father is unable to work, so Yeimi bears the burden of providing for the family by selling items on the street.

Given the family’s desperate conditions, the local church-based Compassion center registered not only Sharith, but also her younger sister and brother into its child development program. It didn’t take long for the center staff to notice Sharith’s difficulties writing and speaking. They also noticed that Sharith was sad most of the time and would sit apart from her classmates.

“My heart was broken when one day at the center, I heard Sharith saying, ‘It is just that I am stupid. I am stupid.’ That was what she believed about herself,” says Center Director Deniluz Vides. 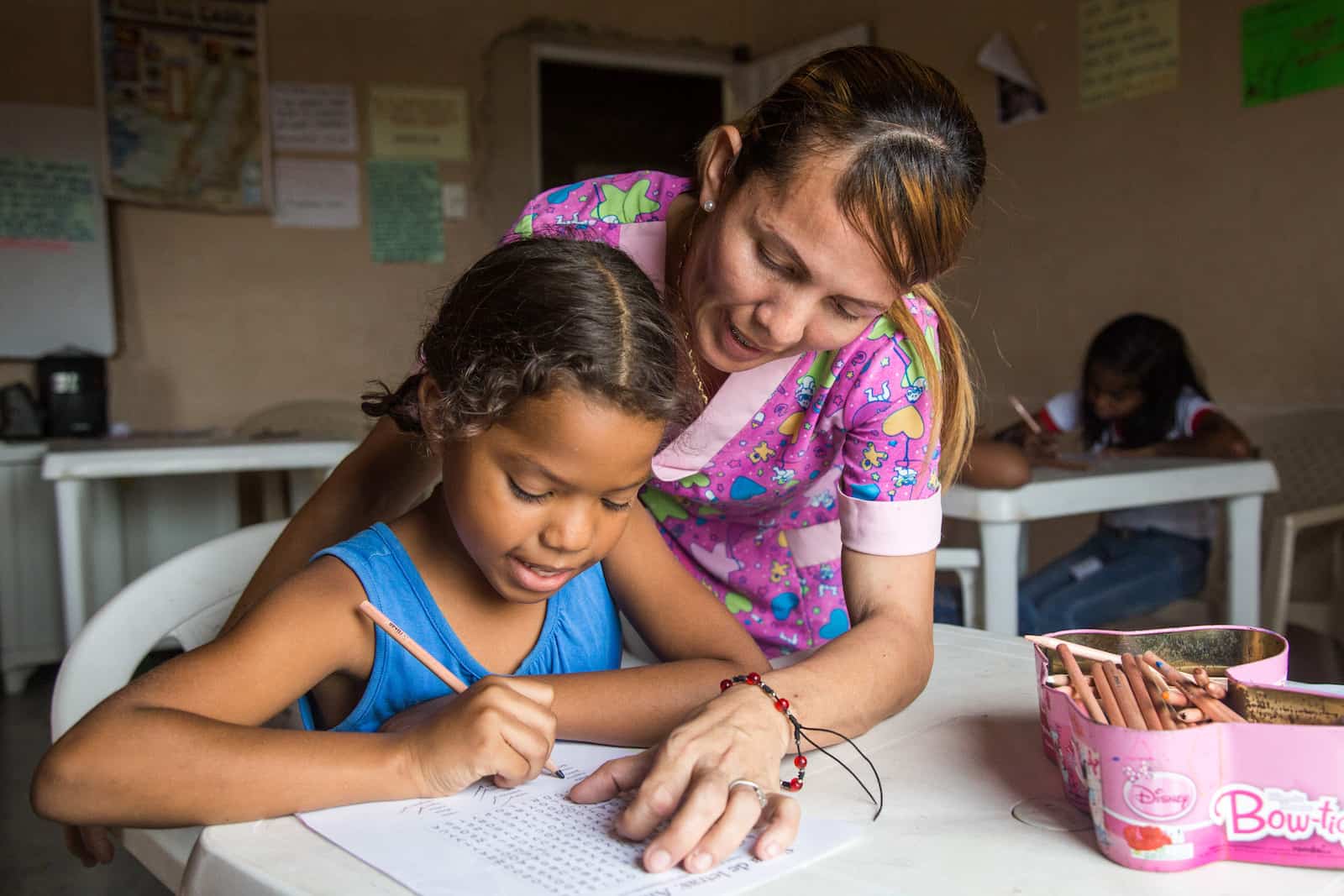 Immediately, the center staff began providing Sharith extra classes and special tutoring to help her improve her school performance. However, this extra help, started at the end of the academic year, wasn’t enough for her to pass the school year.

Deniluz decided to look for professional help for Sharith. She first sought the advice of a psychologist, who determined that Sharith needed speech therapy. Since Colombia’s subsidized health care program doesn’t cover speech therapy, the center paid for this treatment. She was also seen by a neuropsychologist, who diagnosed her with a developmental disorder and short-term memory problems.

With this diagnosis in hand, Yeimi was able to obtain the subsidized health care to provide her daughter the medical treatment and therapy she required.

“We knew that she was intelligent and that something else was going on with her,” says Denliuz. “We put all our effort into helping her to overcome her difficulties.” 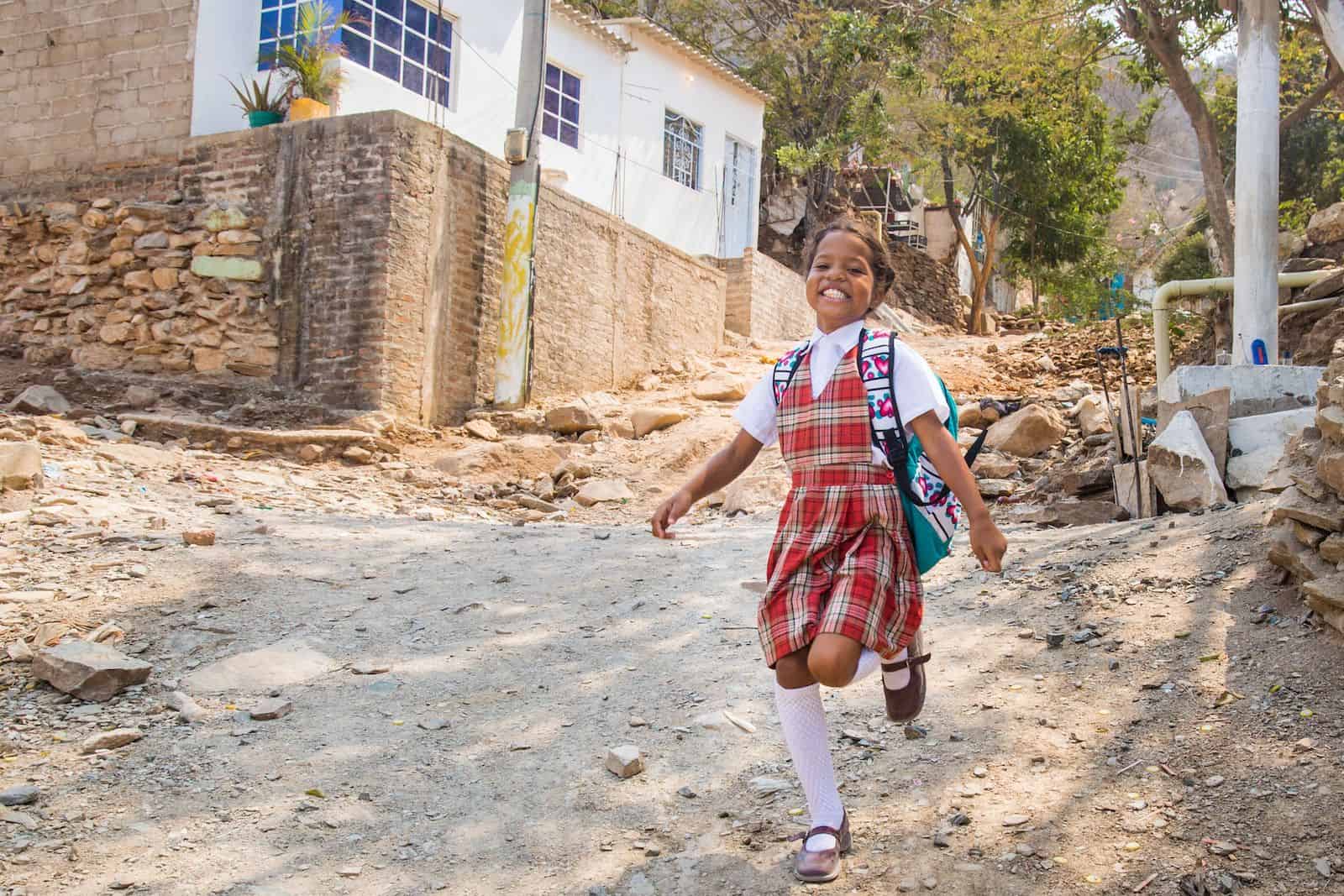 It was a joyous day when all the staff’s efforts paid off.

“I still remember when the little girl gave us the good news that she had finally passed her first school year,” says Deniluz. “We thank God for what He allowed us to do for Sharith.”

The following year, the center continued to support Sharith with a tutor who specializes in academic reinforcement. She attended tutoring four days a week, and as a result, her school performance completely turned around.

In fact, she graduated from second grade as one of the top five students in her class!

Now 10, Sharith likes to study. She also likes to talk about her plans for the future and how, through her letters, her sponsor encourages Sharith to accomplish her dreams.

“I dream of being a fashion designer,” says Sharith. “I want to have my own sewing machine and make clothes for everyone. I have told my sponsor what I want to be, and she supports me.”

For Yeimi, Sharith’s turnaround has been a tremendous blessing. During a church meeting held for the parents of Compassion-assisted children, Yeimi stood and publicly thanked the center staff for the help given to her daughter, saying,

“You have greatly impacted my family. What would have happened to my daughter if we had not had the center’s support? You have helped me understand what was going on with her and helped her to overcome her difficulties. I thank God because this center has changed our lives.”

Sponsors, thank you for coming alongside the church to make sure that every child has the resources and care to thrive! 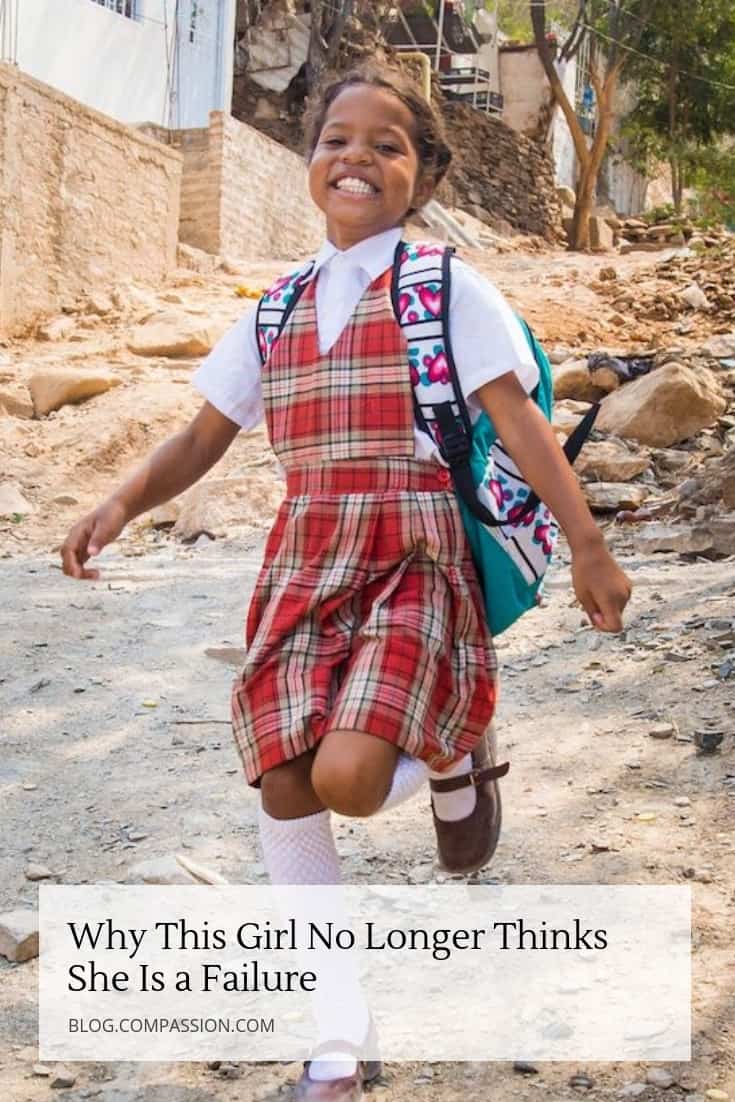 Prev Post:Report: Hunger Is on the Rise Around the WorldNext Post:Compassion-Sponsored Teen Named Top Student in the Philippines