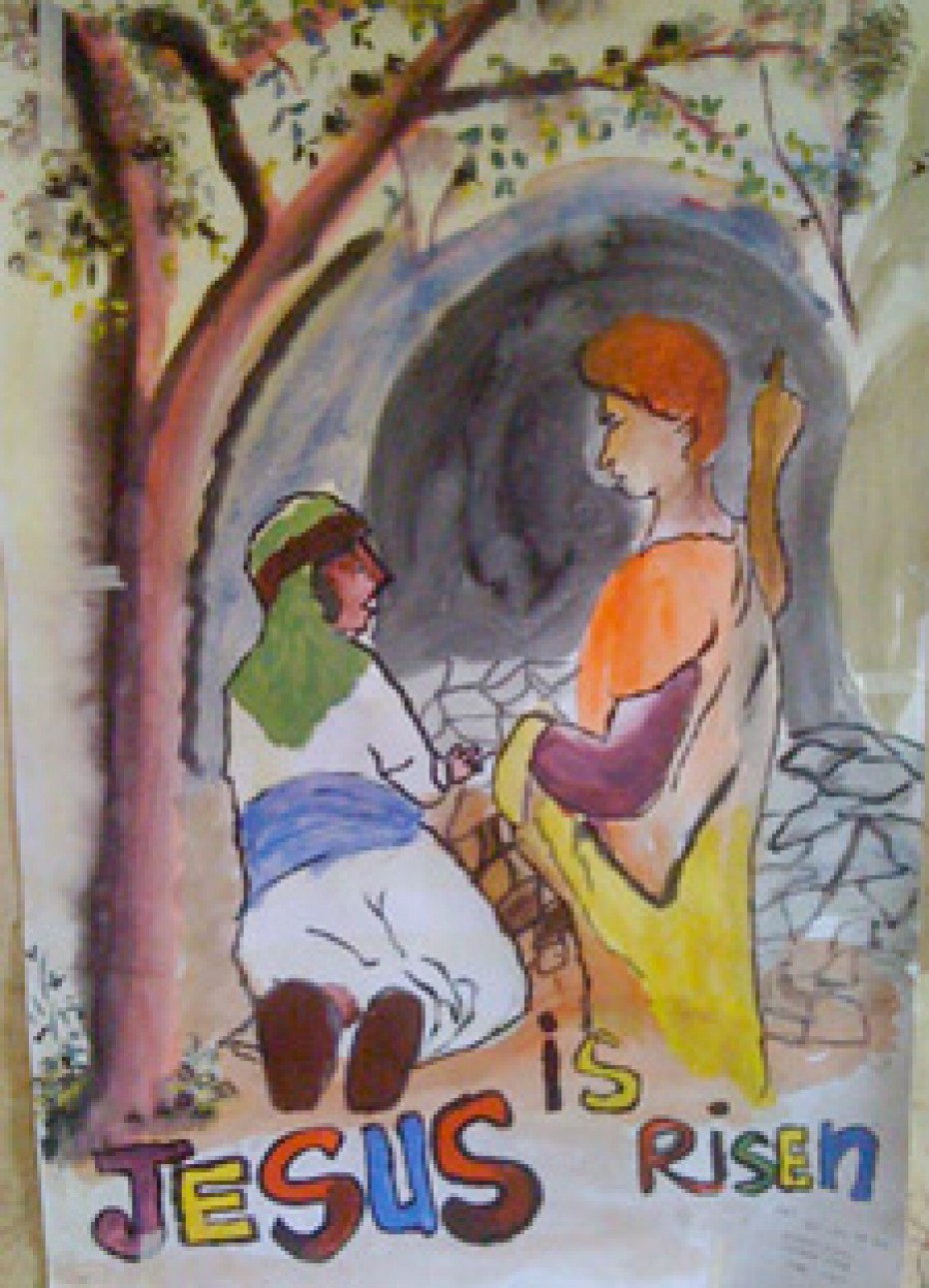 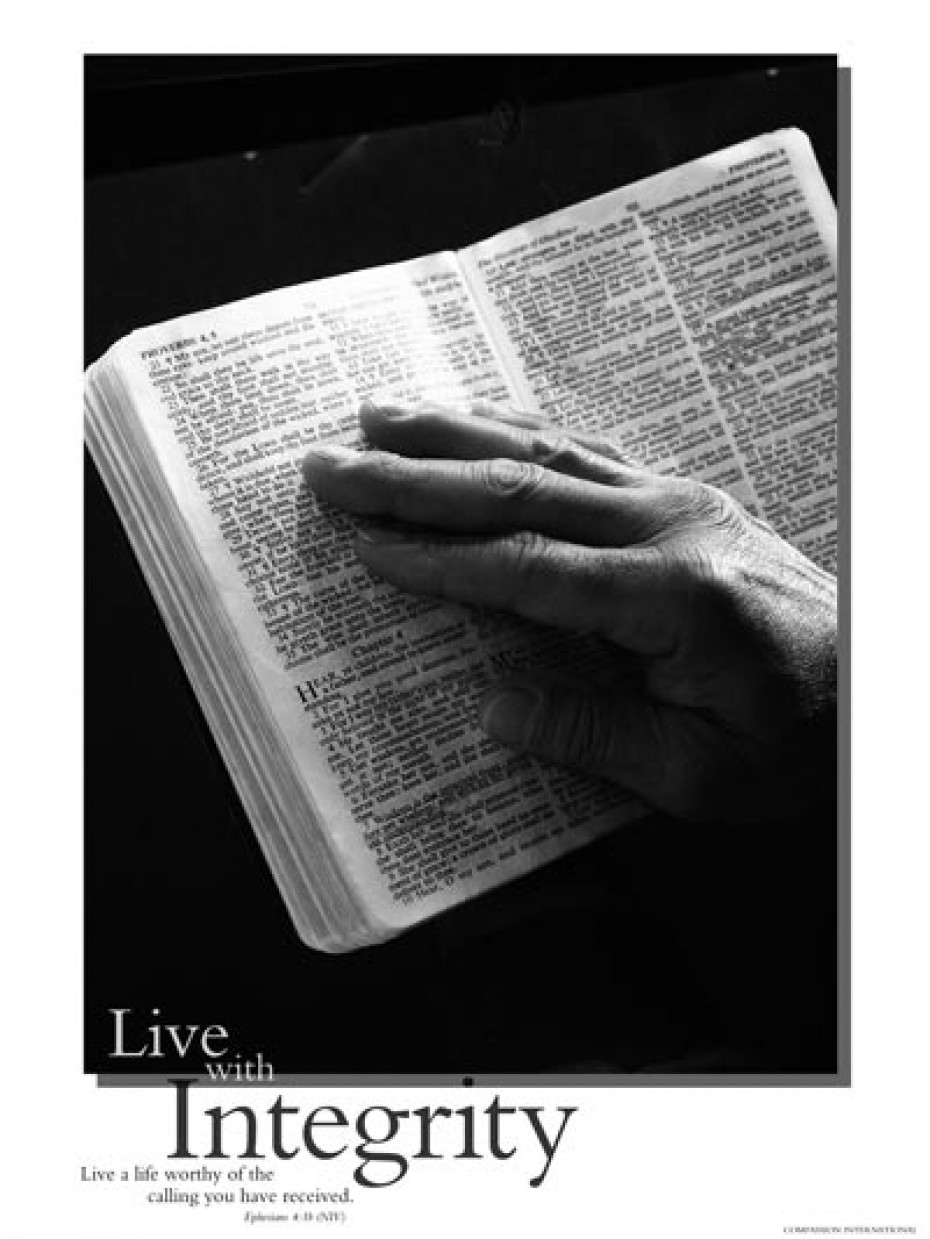 Integrity is not common.

“But small is the gate and narrow the road that leads to life, and only a few find it.” – Matthew 7:14, NIV

To live with integrity means:

By: Compassion Team Categories: About Compassion, Employees and Culture, Photos and Videos 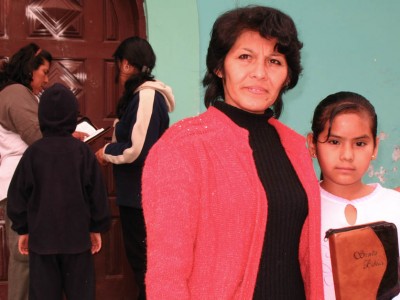 Now it came to pass, when Jesus finished commanding His twelve disciples, that He departed from there to teach and to preach in their cities. And when John had heard in prison about the works of Christ, he sent two of his disciples and said to Him, “Are You the Coming One, or do we look for another?”

Jesus answered and said to them, “Go and tell John the things which you hear and see: The blind see and the lame walk; the lepers are cleansed and the deaf hear; the dead are raised up and the poor have the gospel preached to them.” — Matthew 11:1-5, NKJV

The last item Jesus lists in His response to John’s messengers is the one that seems, for me anyway, to stick out the most — “the poor have the gospel preached to them.”

What? Why lump this in with the other things? Surely the poor hearing the gospel can’t be equated with giving sight to the blind or life to the dead?

But Jesus responds to this important question by listing the ways that He has fulfilled the prophecies written about Him.

The Old Testament tells us that the Savior will bring sight to the blind, hearing to the deaf.

This is Jesus’ way of telling us that it is divine to bring the gospel to the poor. And it’s the one miracle that we can perform today.

If you think about it, bringing the gospel to the poor IS bringing life to the dead, sight to the blind, hearing to the deaf. This is the miracle that changes lives for eternity!

Poorism. Wealthy people paying money to go and look at poor people. But what if there is more to it than that?

On this day we hope you feel the presence of our Savior as we celebrate His grand love and His perfect will to move us closer to Himself.

“Behold, the virgin shall be with child and shall bear a Son, and they shall call His name Immanuel,” which translated means, “God with us.”
Matthew 1:23, NASB

Also, we thought you might like to see some children in Colombia celebrating the birth of Jesus. These photos were taken at a child development center Christmas party by Edwin Mendivelso, Compassion Colombia field communications specialist.

Take a look at these angels! Give a Gift, Not Guilt

Last week, I was able to attend the Willow Creek Association Leadership Summit at a satellite location here in Colorado Springs. It was so encouraging to hear many of the speakers talk about the need to lead people toward answering the Biblical mandate to speak up for and care for those in need.

Something Wendy Kopp said at the Summit struck me about how we approach leading others toward caring for those in need.

Wendy Kopp is the founder and CEO of Teach for America, a non-profit that asks college graduates to commit to two years of teaching in under-resourced schools.

She was asked how she approaches asking these graduates — some of who could otherwise accept six-figure jobs — to sacrifice so much, putting aside wealth and “success” to teach in schools many would avoid. She said (and this is paraphrased, as my little hand could only scribble so fast as she answered):

You’re giving people an opportunity to be part of something larger, and of significance — people want that … are we afraid to ask people to sacrifice and set a high bar? Your own personal conviction about the work makes it easy to ask others to sacrifice because you’re giving them a gift that will change their lives.

Several times when talking with someone who has come across the book I wrote about responding to poverty, they say they’re scared to read it. So many are scared of this issue of poverty, and understandably so — it’s big and hairy and complicated. And God might ask us to do scary things.

But I think there’s a third reason people are afraid of poverty — they’re worried a big, fat load of guilt is going to be placed on their shoulders. We’ve been bombarded by so much guilt when it comes to poverty, seeing so many images that evoke guilt and being told “shame on you for drinking that Starbucks instead of caring for a baby.”

Are we guilty for not responding to God’s mandate to care for those in need? Yes, but God hasn’t appointed us as judges of others. He has appointed us as messengers of his grace. And I think when we do approach others not with guilt but with grace, they grasp that helping those in need isn’t about checking off a requirement on our good-Christian to-do list so that we can not feel so guilty. It’s about our relationship with Christ — about following him, obeying him, and knowing him all the more as we become like him in our service to others.

“He defended the cause of the poor and needy, and so all went well. Is that not what it means to know me?” declares the Lord. (Jeremiah 22:16, NIV, emphasis added)