5 Bible Verses to Give You Hope in Hard Times 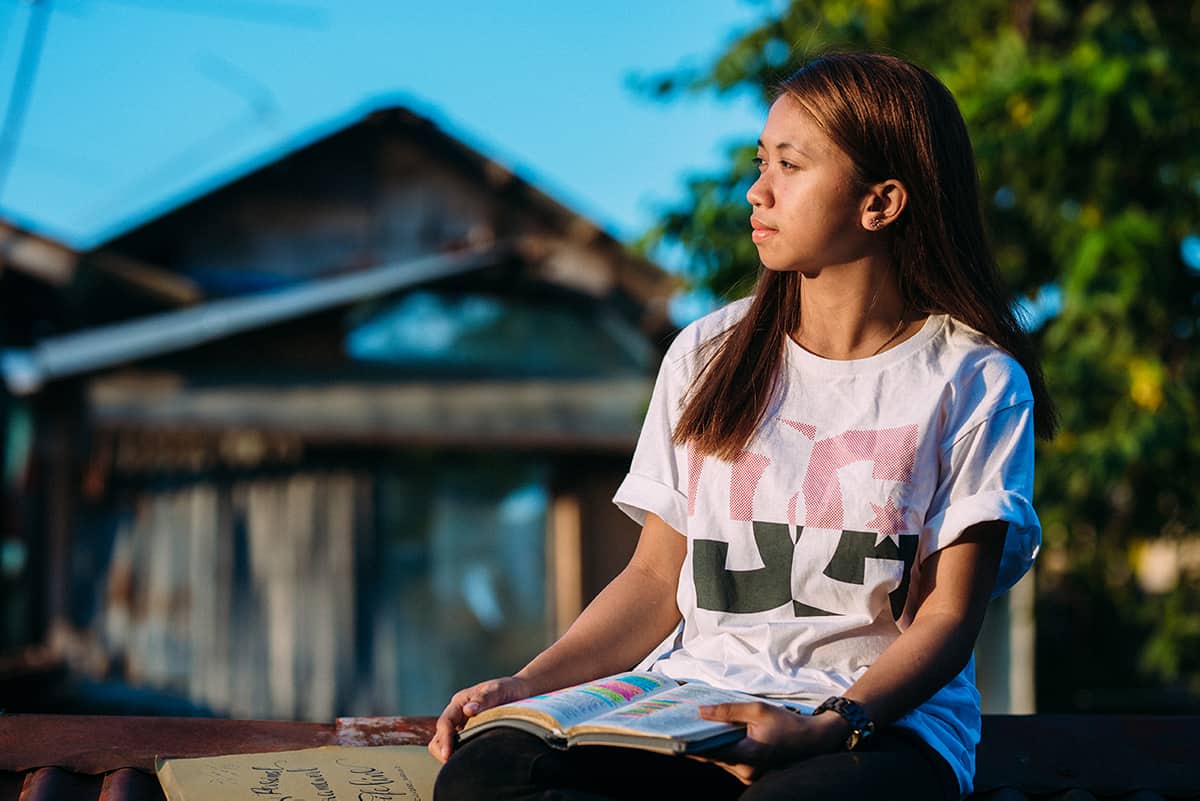 I thought an article presenting Bible verses about hope in hard times would be easy to write. After all, when you need hope there’s no better place to turn to than the Word of God — the source of all hope.

But in my desire to encourage you during hard and uncertain times, I found myself choosing verses because they sounded good and not because I knew why they were offering hope. And I didn’t want to shortchange you.

So in today’s blog article, I’m not just going to give you some inspiring biblical words to help you have more hope when things are hard. I’m also going to help you understand why each verse offers the hope that it does. If these words provided hope to the authors and the early Christians, then they should also be comforting in our own times of trouble and challenge.

5 Verses for Hope in Troubling Times

“My Presence will go with you, and I will give you rest.”

The context: God is speaking directly to Moses, making him this certain promise. Right before the Lord gave him this promise, the Israelite people had rebelled and made a golden calf to worship. God threatened to remove his presence from them, and Moses interceded. He reminded God of his promise and how they were his chosen people. God said he would send an angel before them on the way to the Promised Land in his place, but Moses said to the Lord, “If your Presence does not go with us, do not send us up from here. How will anyone know that you are pleased with me and with your people unless you go with us?” God responds with his assurance that he will go.

The meaning: There is so much hope and meaning packed into this small verse. First, it illustrates God’s mercy and forgiveness. Second, it spotlights God’s character as the Father who keeps his word and his promises. Third, it drives home the critical fact that we must desire God’s presence. He will not force himself upon us. His promise to Moses is just as true today for you. He will go before you if you humbly desire his presence. He will not leave you, and you will never be alone.

The LORD is good, a refuge in times of trouble. He cares for those who trust in him.

The context: At this point in history, the Israelite people were being oppressed by the Assyrian empire. Their oppression was cruel and brutal. In the Assyrian capital of Nineveh, things were so wicked that God had vowed to destroy the entire empire, twice. This prophecy gave Nahum and the Israelite people hope that they would soon be able to return from their exile back to their Promised Land.

The meaning: This verse is poignant because even in the midst of oppression and struggle, God is a source of strength. His goodness is independent of our circumstances, and though we may not always feel his blessing directly, we are covered by his grace and power.

The context: Hosea’s wife, Gomer, had been a promiscuous woman before they were married, and after they had three children she left him for another man. God told Hosea to go find Gomer, to pay off her debts and to commit his love and faithfulness to her once again. Of course, this is a living metaphor for how the Israelite people broke covenant with God. While they would suffer the consequences of their choice to worship false gods, he would open a door for restoration through a Messiah from the line of David.

The meaning: This verse is a reminder that no matter how far we fall, purely because of his own love, compassion and faithfulness, the God of love pursues us and desires a covenant relationship with us. We can have hope because of God’s faithfulness in spite of our own.

“And everyone who has left houses or brothers or sisters or father or mother or wife or children or fields for my sake will receive a hundred times as much and will inherit eternal life.”

The context: The backstory to this verse is what makes it so inspiring. Jesus had just left Galilee. We can assume he knew that he would never set foot in his childhood home again. He knew what his ministry was leading up to and that he would soon be crucified. He must have felt some grief at the thought of never returning home — this side of glory. As he was preaching in Perea, a young rich man asked him how he could have eternal life. Jesus told him to sell his possessions, give the money to the poor and follow him. And, of course, the rich man went away dismayed because he had a lot of possessions.

The meaning: This verse is impactful because whatever Jesus asks of us, he’s shown he’s willing to do himself. He gave up everything for his obedience to the Lord’s purpose, but it was only temporary. In glory, Jesus Christ has been elevated to the right-hand throne of God, and all of creation — even sin and death — is under his authority and atonement. We can hope in faith that whatever good thing we may temporarily have to do without will be restored beyond measure by a God who is good.

The context: Paul was a Pharisee and brutally persecuted Christians before his encounter with the risen Jesus on the road to Damascus. There, he was chosen to be an apostle and to bring the gospel message to the gentiles. The Christians in Rome had just gone through a season of persecution. Jewish people had been banned from Rome, and after Emperor Claudius died, they were allowed in Rome again. As the church gathered to worship again, there was much division and a fear of further persecution. Paul’s letter is encouraging them to remain brave and united in their faith.

The meaning: This verse inspires hope because we all can forget what’s important sometimes. We turn our faces from God and focus on the things that divide us or scare us. This verse serves to remind us that, as adopted sons and daughters, we do not have a spirit of division or fear. We have the same spirit of power as Jesus Christ, in whom we received our adoption.

Pray for Hope to Fill Your Spirit

Just like the Bible has so much to say about compassion, these verses are a microsample of the vastness of hope in the Bible. I hope these verses I’ve shared, and the context behind them, have helped to lift your spirit and fill you with a renewed confidence in where our hope lies. And I pray that, though I don’t know your personal situation, you would receive a supernatural peace that can only come from the hope found in the Bible through our amazing story of redemption through Christ Jesus.

Speaking of prayer, it’s a great way to stay reminded of the hope we have. I invite you to join with a large network of Christians who are covering the world with prayer during this hard time. I guarantee it will bless you and others.

Thanks for reading, and I’d love to know if these verses inspired you like they did me. Also, let me know what other verses you turn to when you need hope. Leave a comment below. 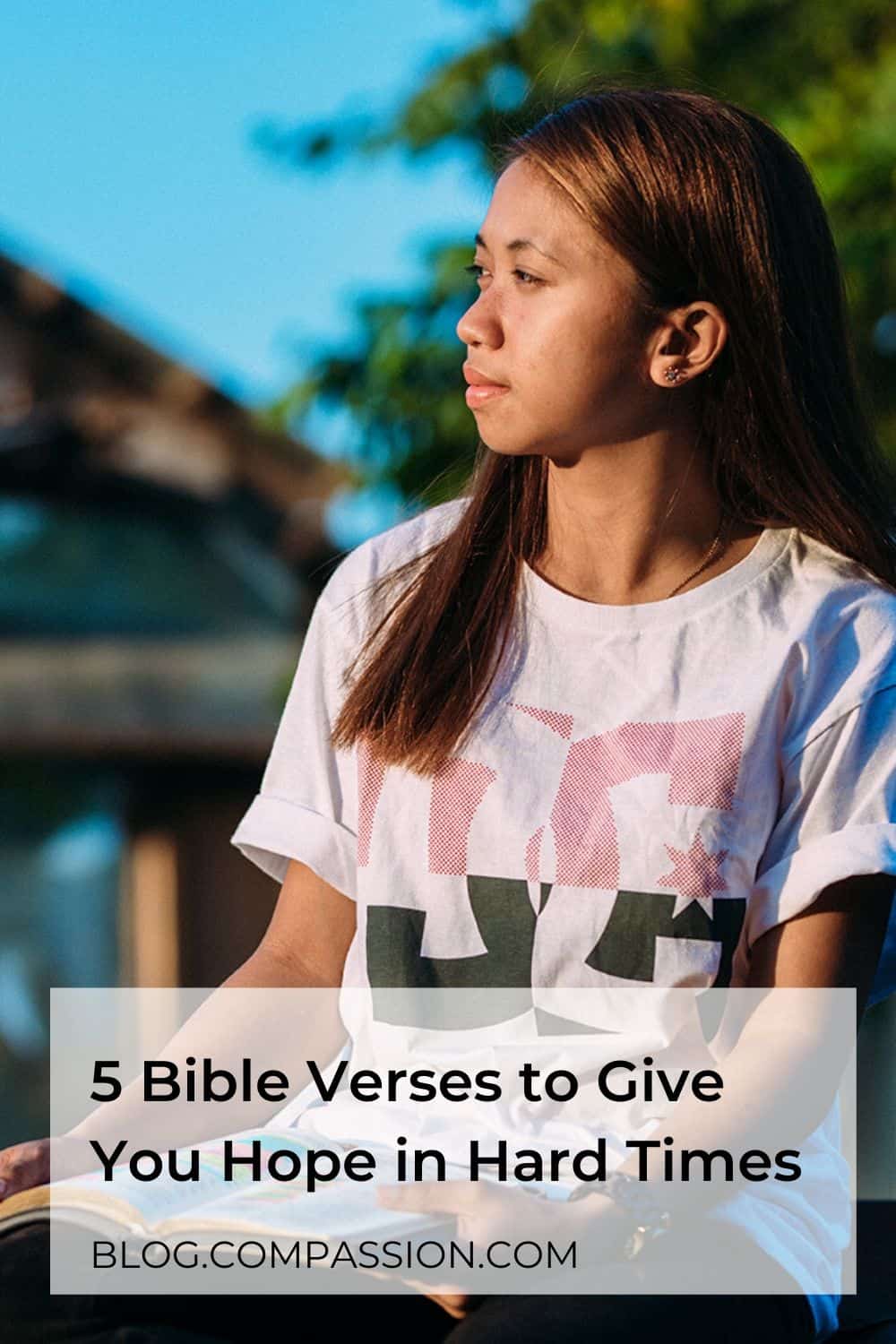