Facts About Honduras: The Land of Great Depths

Honduras is a stunning Central American nation that borders Guatemala, El Salvador and Nicaragua. Pack a bag and let’s travel (virtually) to Honduras — which translates as “great depths.” In the east of Honduras, you will find lowlands and mountain slopes bordering the Caribbean Sea. To the north are alluvial plains and coastal sierras. The central land comprises rugged mountains, while along the Pacific Ocean in the west are lower mountain slopes and fertile soil. From the biodiverse Río Plátano Biosphere Reserve and bay islands to Lake Yojoa, which is nestled among volcanos, you’ll find amazing vistas at every turn. As you continue your journey through Honduras, don’t forget to visit the ancient ruins of Copan — once a thriving Mayan city — and to keep your eyes peeled for jaguars, crocodiles and toucans.

Sadly, Honduras also is plagued by high crime rates, child marriage and instability. Over 60% of the population lives in poverty and in rural areas, and 1 in 5 people lives in extreme poverty. Despite the difficult challenges many Hondurans face, there are also many beautiful cultures and traditions to celebrate. Learn some interesting facts about Honduras that will teach you about this fascinating country that is home to nearly 60,000 Compassion-assisted children!

Here are some quick, interesting facts you should know about Honduras.

Culture and Traditions of Honduras

Let’s explore the culture and traditions of Honduras! There are so many it’s hard to know what to investigate first. Here are a few fun facts.

Religion: There is no state religion in Honduras. However, the government consults with the Roman Catholic Church and occasionally appoints Catholic leaders to quasi-official commissions on key issues of mutual concern. Roman Catholics make up 46% of the population, while 41% of Hondurans identify as Protestant. About 10% do not identify with a religion.

Clothing: Traditional dress in Honduras is generally reserved for holidays and festivals. But women in rural or Indigenous communities may choose to dress more traditionally. Traditional clothing in Honduras is bright, colorful and hand-stitched. Women wear long, sleeveless dresses with cloth belts, while men dress in white shirts and pants with sombreros and red scarves. Today, many Hondurans wear styles like the ones worn in the United States. In the cities, it’s common for both male and female working professionals to wear casual business outfits, such as suits, blouses, heels and dress shoes.

General culture: The majority of Hondurans are “mestizo” – a mix of Spanish and Indigenous ancestry. However, there remains a small Indigenous population mostly centered in the southwest portion of the country or in isolated villages. Along the Caribbean coast, a significant part of the population speaks English and is of West Indian and African descent. Etiquette and social courtesies are important in Honduras. Hondurans play “fútbol” (soccer), baseball, volleyball and basketball. They also enjoy parties and street festivals

Music and Dance of Honduras

“Punta” is the most famous traditional music in Honduras. African rhythms and Spanish lyrics combined with energetic drumming create this exciting music style. Traditional instruments include the marimba, caramba, maracas, claves and conch shell. Honduran folk music is played during traditional celebrations. However, Hondurans often listen to music from Mexico or the United States.

Most dancing in Honduras consists of folk dance. The punta dance, also known as “banguity” (translated “new life”), is done in accompaniment to punta music. Other dances include the “sique” (seek) dance, which originated from the early Indigenous people. The “malido wanaragua” features masked performers who act out a battle.

Food and Drink of Honduras

Hondurans know how to prepare yummy food! Staple ingredients in most meals are rice, beans, tortillas and some form of meat. Fried plantains, known as “tostones,” as well as seafood are also common additions. Here is a quick sample of Honduran cuisine!

Plato típico, which translates as “typical dish,” is considered the national dish of Honduras. This hearty meal is assembled from a variety of foods that are cooked separately. If you order a plato típico, you can expect a platter loaded with beef, sausage, cracklings, plantain chips, beans and rice accompanied with sour cream, tortillas, cabbage, avocado, cheese and lime. What an ensemble!

Pinole, also called pinol or pinolillo, is the delightful national drink of Honduras. This ancient beverage is made from ground maize (corn) mixed with cocoa, agave or honey, cinnamon, vanilla and a variety of spices. Pinole remains popular today and is known by endurance athletes as a nutritious and energizing drink.

Arroz con leche is a delicious, sweet snack popular throughout Central America. Only a few simple ingredients are required: rice, milk, sugar, raisins and seasonings. This dessert can be served hot or cold. Learn to make arroz con leche!

Baleada is a dish you must try when you visit Honduras. Consisting of a thick, wheat flour tortilla filled with mashed fried beans, the baleada is a popular street food. Baleadas may also be stuffed with cheese, eggs, avocados, hot sauce and sour cream.

A Story From Honduras: Saved From the Gangs

Miguel is a humble, hardworking young man who’s gifted at technology but kept failing his subjects at high school. The teenager lives in a gang-dominated community where young men, unless they have the opportunity to train for a job, often join a gang.

Staff at Miguel’s Compassion center know this and work hard to help teenagers stay in school and off the streets. Tutors at the center helped Miguel to improve his grades and showed him that failing a test does not define him — it is simply an opportunity to try again and improve. Now Miguel is doing much better in school!

Besides encouraging youths to complete their high school education, staff members have launched a variety of vocational training. This not only equips youths with skills to provide job opportunities but also keeps them off the radar of the gangs.

Last year, Miguel enrolled in the barbershop workshop. He says, “Being a barber is a delicate job because our clients’ hair cannot be messed with … I appreciate I was given such an opportunity because I can earn money from it and afford my university dream.”

Despite living in a slum and having no technology at home, Miguel also thrived in the technology workshop. He learned to pilot a drone and represented his Compassion center as a drone pilot in a national race competition!

Next year, Miguel will finish high school and hopes to study systems engineering at a university.

The coral reefs of Honduras are part of the massive Mesoamerican Barrier Reef System — only the Great Barrier Reef of Australia is larger!

Photos of What Daily Life is Like in Honduras

Do you want to keep learning about the beautiful country of Honduras?

Facts About Compassion and Honduras › 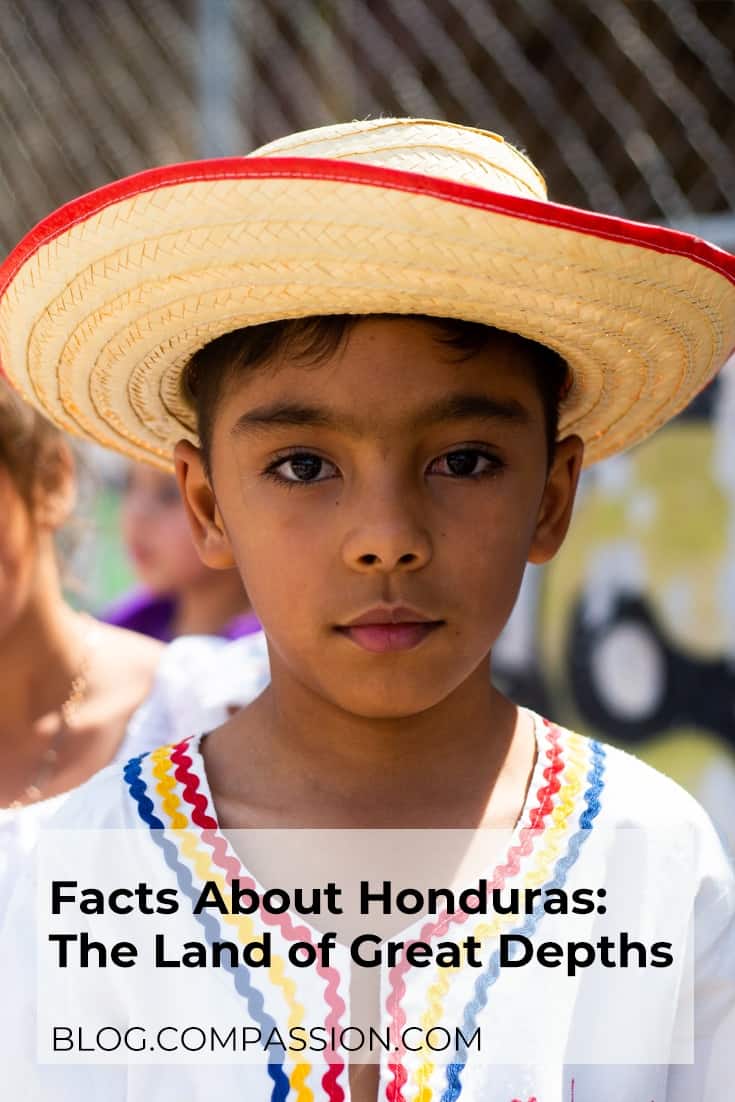