Financial Security for the Poor in India 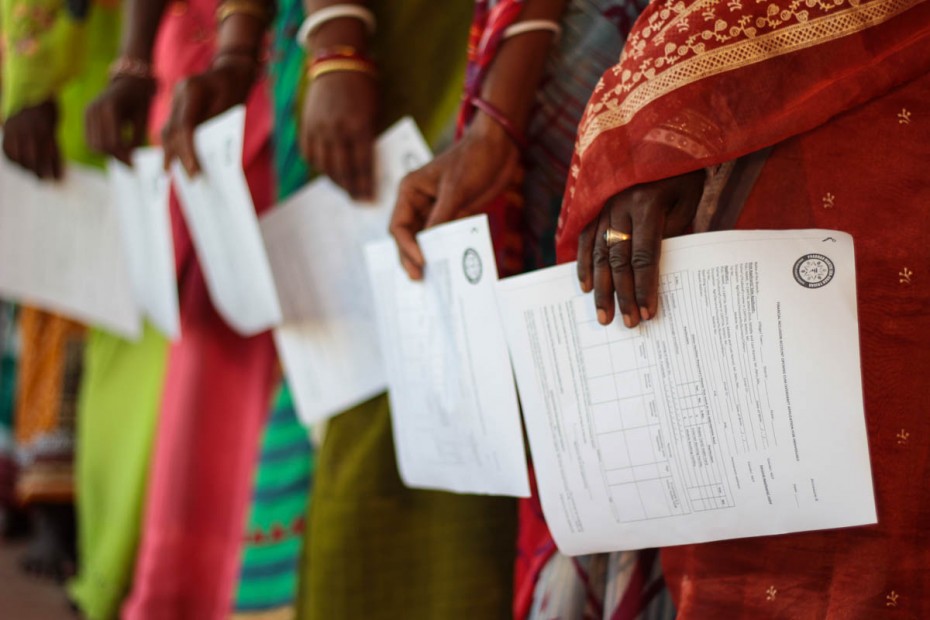 From Alcoholism to Economic Freedom 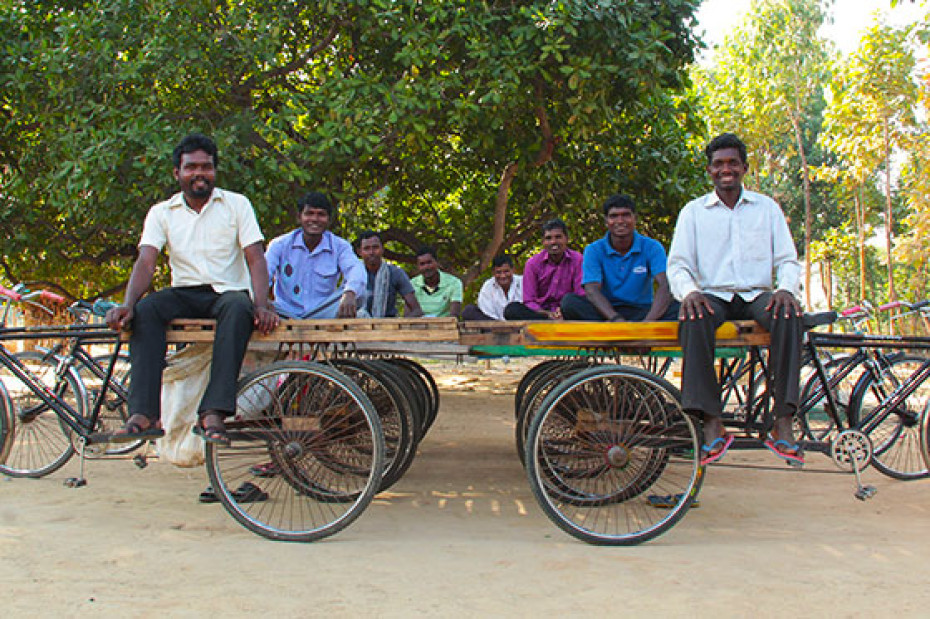 The proceeds of East India’s Compassion Sunday campaign bring the promise of a confident future to eight Child Survival Program fathers and their family members. 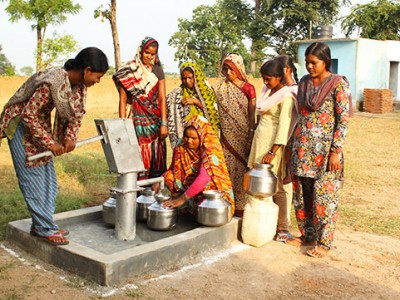 In a country where 1600 people die every die because of diarrhea due to unsafe water and 59% of of those who practice open defecation reside, one Child Development Center took the matter of lack of access to clean sustainable water and sanitation into their own hands and mobilized their community into action.

Odisha is one of India’s poorest states, with a huge tribal population living on less than 50 Indian rupees or INR (about 90 U.S. cents) a day. Dumeerjore is a remote village in the Balangir district of Odisha, where Compassion ministers to 305 children and their families in partnership with a local church.

Sixty-one percent of the district’s population lives below poverty level, and about 30 percent are undernourished. The economy of the region is agrarian, with 75 percent of the area dependent on rainfall, 80 percent of which comes from monsoon rains between June and September.

The district has suffered from four major droughts in the last hundred years, with drought frequency increasing since the 1980s. Deficit rainfall and variation of its distribution have resulted in frequent crop loss for the tribal people, forcing them to migrate to other states for work at brick kilns and constructions sites.

Common health problems the children and families struggle with include anemia, sickle cell disease, malaria, tuberculosis, jaundice and diarrhea. Tribal people typically do not seek treatment from physicians, relying instead on self-appointed healers and “witch doctors.”

In recent years, water scarcity has become a bigger problem in Odisha villages. Scanty and erratic rainfall has led to a rapid decline in the number of traditional water bodies in Dumeerjore and other villages in the Balangir district. The development center in Dumeerjore did not previously have the means to store water for future use. Every year during summer, the water level went down, making it difficult to simultaneously provide for the needs of children and kitchen staff using a single hand pump. The kitchen staff had to come early to fill up water in drums for cooking, and they had to stay late after the center’s activities ended to wash plates and make arrangements for the following day.

The center faced a big challenge simply conducting regular activities, because the single hand pump was not sufficient to meet 305 children’s needs. When the temperature soared, the community hand pumps dried up.

Children sometimes accompanied their parents to fetch water causing them to miss center activities and school. This not only affected their cognitive development but also their health.

In consultation with the partnership facilitator, the center wrote a proposal for rainwater harvesting to combat the recurrent water scarcity they faced every summer. END_OF_DOCUMENT_TOKEN_TO_BE_REPLACED

A Republic Day celebration is organized by every Compassion child development center across eastern India to teach children in our sponsorship program about national pride. The celebrations include a series of programs like a parade and patriotic dances by the children, flag hoisting, a standing salute to the Indian tricolor by children and staff, and a short speech by the guest of honor. Through these celebrations, children at the development centers are taught about brotherhood and harmony irrespective of their caste and faith. Children learn to become responsible and loyal toward their future duty as citizens of their nation.

“We are building future patriots for our nation by instilling patriotic fervor in our children through celebrations like Republic Day and Independence Day. If children understand their responsibility towards their motherland from their childhood days, I am confident they have the potential to do great things for our nation,” says Puspita, a staff member at IN-729.

Republic Day (26th January) is celebrated every year across India with great pomp and pageant. It is one of the three national holidays of the country.

The occasion is marked by a grand parade in the nation’s capital of New Delhi. It includes a march-past by India’s three armed forces, distribution of bravery awards, and folk dances by tribal people in their traditional costumes, marking the cultural unity of India. The Indian military also showcases its latest acquisitions of artillery, missiles and radars. Streaks of jet planes from the Indian Air Force leave a trail of tricolored smoke to culminate the celebration at the nation’s capital.

Republic Day fills up every Indian heart with patriotic fervor because it was on this day in 1950 that the Indian Republic and its constitution came into force. On January 26, 1950, Dr. B.R. Ambedkar framed the written constitution of India with seven other members of the drafting committee that finally saw India become a republic nation.

Republic Day has set a milestone in India’s history by giving all Indian citizens the right to exercise freedom in every sphere of their life and also teaching them to live in unity, equality and harmony amidst their vast cultural diversity.

The celebrations at IN-729 begin early in the morning as children line up with their center’s banner and the Indian tricolor flag to parade through the campus to the rhythm of beating drums. That is followed by a short prayer from a child and the unfurling of the national flag by the head teacher of the local government school.

The teacher also shares a short speech on Republic Day to encourage and inspire children:

“I have seen great change in this community through the initiative the child development center has taken in educating poor children of this community. I am hopeful that today’s children will become tomorrow’s leaders in this community; I am glad to see how they are also instilling patriotic feelings in these children through these kind of celebrations.”

After flag hoisting, the children put together a beautiful patriotic dance dressed up in the tricolored attire, followed by another short message on the theme of Republic Day. Finally the celebration culminates with a vote of thanks and closing prayer from another Compassion-assisted child.

After the program ends, children line up in rows of two to collect sweets and the national flag is distributed at the gate by volunteers. “I remember coming to the center and eating candies on Republic Day but as I grew older I realized the importance of this day. I read about Dr. Ambedkar in our history textbooks and it inspired me a lot. We celebrate this day with honor remembering all who helped to make India a republic nation,” says Rumpa, a Compassion-assisted child.

Through Republic Day celebrations, the development center instills the spirit of brotherhood, unity and equality in all Compassion-assisted children.

“I want to do something for my nation that I can feel proud of. Besides, the freedom and equality we enjoy today was earned through the sacrifice of our freedom fighters and that is what I want our little brothers and sisters at the development center to know when they grow up like me,” tells Anamika, another Compassion-assisted child.

The development center is ministering to children coming from both Hindu and Muslim families.

In the past, village standards were so rigid that Hindu and Muslims would not drink from the same hand pump without first washing it properly. Each had their separate ponds where they took baths. The center has helped children to advocate the message of brotherhood and unity in their families through which many Hindu and Muslim families have come together in love and harmony.

“Our children are spreading the message of unity and love in their neighborhood. This has brought a lot of change in the community. Celebrations like Republic Day help us to make that message even more powerful.”

Hope Breaks Into a Tortured Life

Sneha grew up in a poor farmer’s home. Her father could not afford to pay a dowry to marry off his two daughters, as is custom in much of India. There were already enough financial struggles at home. So Sneha assured her father she would marry whomever he chose for her after her sister married outside of their clan.

Sneha’s father got a proposal for her after a year. When the two families met over lunch at their home, it seemed to be the perfect match because no dowry was even asked for. They agreed, and Sneha got married.

But after one month, life started to change. Fights started at home. Sneha’s husband started accusing her of being unfaithful, even with her brother-in-law.

She thought it was his possessiveness of her that made him angry and verbally abusive. But when Sneha learnt about her husband’s abusive and suspicious nature from the neighbors, she was hurt. Sneha kept his behavior secret from her family, and she had no way out.

Sneha thought perhaps a child would end the tension in their marriage. After a year she conceived and gave birth to a beautiful little girl.

Things did not change as Sneha had expected. Her husband started abusing her even more because she had a girl instead of a boy. Gradually his verbal abuse turned into physical torture. He would burn the little baby’s tender skin with cigarettes. He would grab Sneha by the hair, and hit her in front of the neighbors. END_OF_DOCUMENT_TOKEN_TO_BE_REPLACED

How Are Children Told That They Have Been Sponsored?

One-to-one sponsorship helps children across the globe write off poverty and begin living a lives of hope. And it begins when someone picks up a child packet and makes the commitment to sponsor a child. That’s when our sponsorship notification process gets rolling. 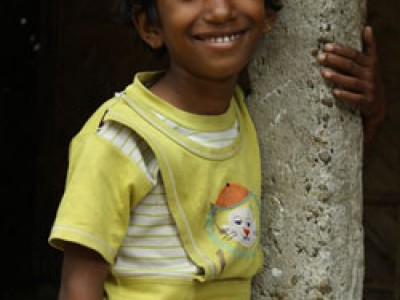 An Intervention on Beauty’s Behalf

Beauty lost her older sister, Ratna, of tuberculosis in 2008. Ratna’s sudden death left everyone in the family emotionally broken and disintegrated.

In the midst of their grief, the whole family had to undergo a series of medical tests for their safety. The test results uncovered a shocking fact; Beauty tested positive and was in the first stage of tuberculosis.