7 Ways to Be a Better Neighbor to Your Sponsored Child (and Their Community!) 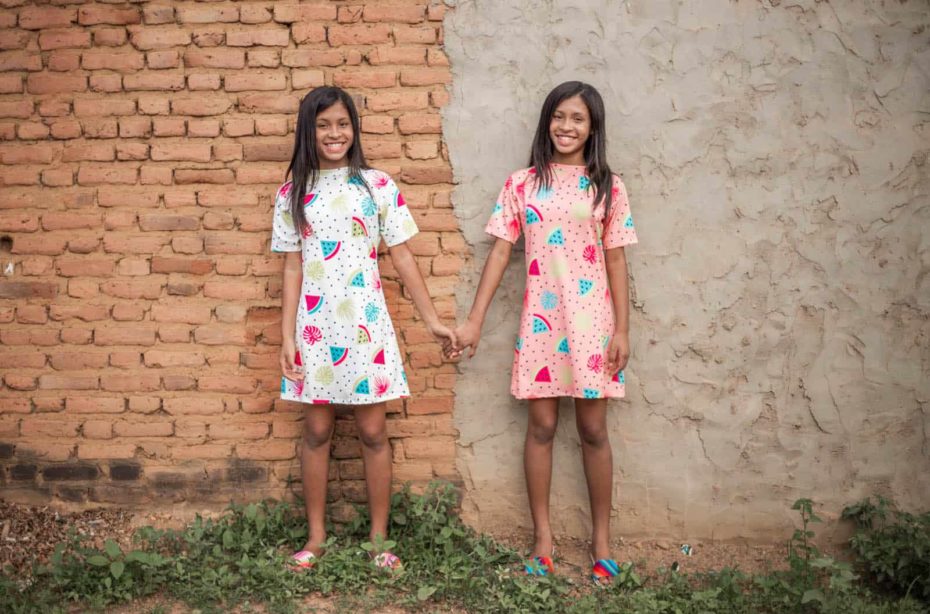 As a sponsor during the COVID-19 pandemic, it’s been hard to lose the connection to my child in Colombia through our letters. I miss learning about his life and hearing him describe his day-to-day activities. Yet, as I reflect on our past letters, I realize they reveal a whole world of support that my child has hopefully been able to stay connected with during the pandemic!

World Day of Social Justice: To Save His People 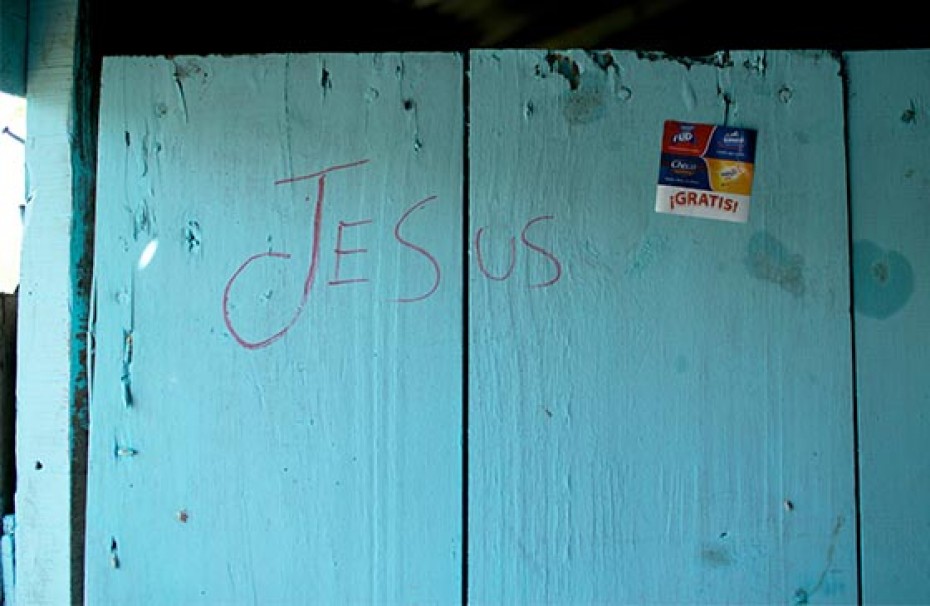 Being born in America, eating every day all day any day, being able to read and write, going to university. If you can say yes to any of these you are the minority in this world. You have influence.

By: Brianne McKoy Categories: About Compassion, Country Trips, In the News 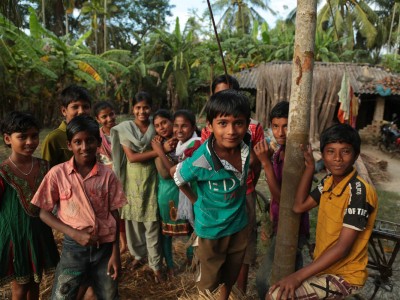 How can we take photographs of people that treat them with dignity? Here are five ways in which our photographers strive to take great photos of kids. 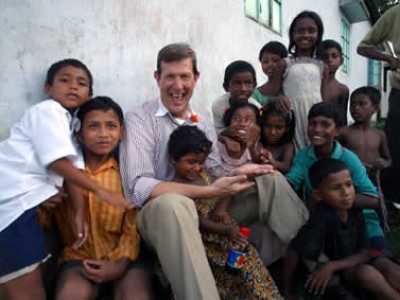 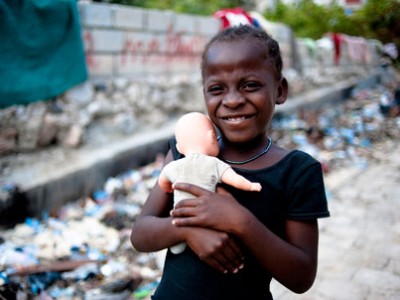 How should we express the urgent needs of the children in our programs while maintaining their dignity? 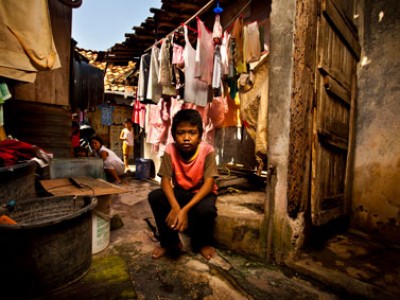 The presence of dignity doesn’t equal the absence of poverty.

Roberto Medrano has worked for Compassion for seven years and now serves as a Learning and Support Specialist for communication and tours in the Central America and Caribbean region.

Comfort the Afflicted and Afflict the Comfortable

We must ignite passion for children in poverty, to the glory of God. Nobody is garbage.

Watch Comfort the Afflicted and Afflict the Comfortable and subscribe to Compassion YouTube for more stories.
Continue Reading ›

Hello everyone. My name is Rick Carter, and I work for Compassion in Asia as part of the communications team.

My team is responsible for bringing you the stories that talk about our child development centers in Asia, such as A Day in the Life of a Child Development Center Worker or A New Beginning for Eric, as well as hosting the sponsor tours that visit those same centers. So the fine line between educating the western world about the plight of the poor and exploiting the poor by profiting from their misery is something I have to consider everyday.

Stories like this one, which talk about the reaction of slum residents to Slumdog Millionaire, remind me how important it is for us to be sure that we are maintaining the dignity of our children, their families and their communities as we share their needs with you.

Rather than “shock and awe,” our hope is that our stories and your visits to our child development centers bring you “reality and relationship.” Sometimes the reality is shocking. Our children come from the poorest of poor situations. That is their reality. To get past the shock, we emphasize relationship.

With Compassion tours and visits, we try our best to avoid the “zoo experience” – just looking. We spend time at the child development centers doing activities and interacting with the children to help develop deep relationships.

Getting to know your child through the letters you exchange is so important to understanding his or her reality, but also in seeing them beyond their environment – Compassion-assisted children have hopes and dreams for the future.

I just wrote “Compassion-assisted children” because I realized I have been calling them “our children.” And that’s the key! That’s the way to stay on the right side of that fine line – between education and exploitation.

I know I speak for all of us in Compassion Asia when I say these are our kids and we will treat them as such.

I’ve lived in China for over 15 years. Very little I see in the slums shocks me. But I do still experience awe, and the awe is in how our church partners and you, as sponsors, are helping to lift children out of poverty. Thank you for what you do.

Last weekend I saw the movie Slumdog Millionaire. Have you heard of it? If you haven’t by now, you surely will soon. Just this week it was nominated for several Oscars, including Best Picture. (By the way, in case you were wondering, I think it should win Best Picture.)

Slumdog Millionaire tells the story of Jamal Malik, an orphan from the Mumbai slum who gets a chance to compete on India’s version of TV’s Who Wants to Be a Millionaire? (For those of you who are worried about a spoiler, don’t be. In the opening scene you find out that he makes it to the final question.)

Of course he is accused of cheating, as everyone assumes there is no way that someone from the slum could know the answers to so many trivia questions. The movie shows Jamal’s life in a series of flashbacks based on the game show questions, and explains how he knew the answer to each question.

It’s a fascinating concept for a movie. Thought-provoking, funny and often heart-wrenching, it is superbly executed.

Anyway, going into the movie, I had a rough idea of what it was about: a young man from the slums of India. Based on that, I figured that there would be a certain amount of poverty-related imagery. What I didn’t expect, though, was how deeply I was affected by the slum scenes.

Scenes of Jamal’s life reveal abuse, prostitution, drugs, violence … all the circumstances that typically characterize a life in poverty. Though it was a necessary part of the story and none of it was gratuitous, at times it was difficult to watch.

I found myself wondering what others in the theater were thinking. Was this the first time that some people in the theater have seen poverty like that? Did they realize they were seeing reality or did they think it was “Hollywood-ized”? Were they as profoundly affected as I was?

Then today a friend sent me this article about slum tours in India. Apparently the success of the movie has led to an increased interest in the “slum tourism” business in India. People see the movie and then want to see the “real thing.” The article contrasts the movie to the real-life slum tour:

While the show offers Jamal a route out of the gutter, the tour makes a beeline for the squalor from which his real-life equivalents strive to escape: the excursion’s “highlights” include a stop at a stall of six toilets that serves 16,000 people and a stroll alongside a river so black and septic that it oozes rather than flows.

I mean, really?? Ridiculously overcrowded toilet facilities are an “attraction”? I have a hard time accepting that people actually pay to see that.

For those of you who’ve been around here a while, you might remember our previous discussion about poverty tourism. This article showed me how conflicted I still am about this idea.

On the one hand, I think these poverty tourists are despicable for engaging in this overt exploitation of other people’s suffering. On the other hand, they are getting a close-up, powerful (and hopefully life-changing) view of poverty that few get the chance to experience.

So here is a question for you to ponder …

In the case of poverty tourism, does the end justify the means?

In other words, is it worth exploiting the poor in their helpless, and often hopeless, situation if it ultimately changes someone’s heart towards the poor?

I’d really like to hear your thoughts on this one. 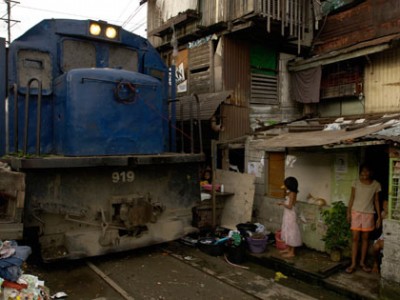 All Aboard the Poverty Train

Are we, through our exposure trips, simply promoting another form of poverty tourism?