3 Girls Who Are Insisting They Are NOT Property

Throughout history, many societies have treated girls as little more than property to be traded in marriage with no say in their future. Enormous progress has been made, but entrenched beliefs are hard to overcome. The practices of child marriage, dowries and female genital mutilation, while illegal in many countries, are still a threat for many girls.

Eric D. Lema of Tanzania shares three stories of girls who, arm-in-arm with their mothers and the local church, are insisting they are NOT property and should have a say in their future.

Sneaking Out … to Go to School 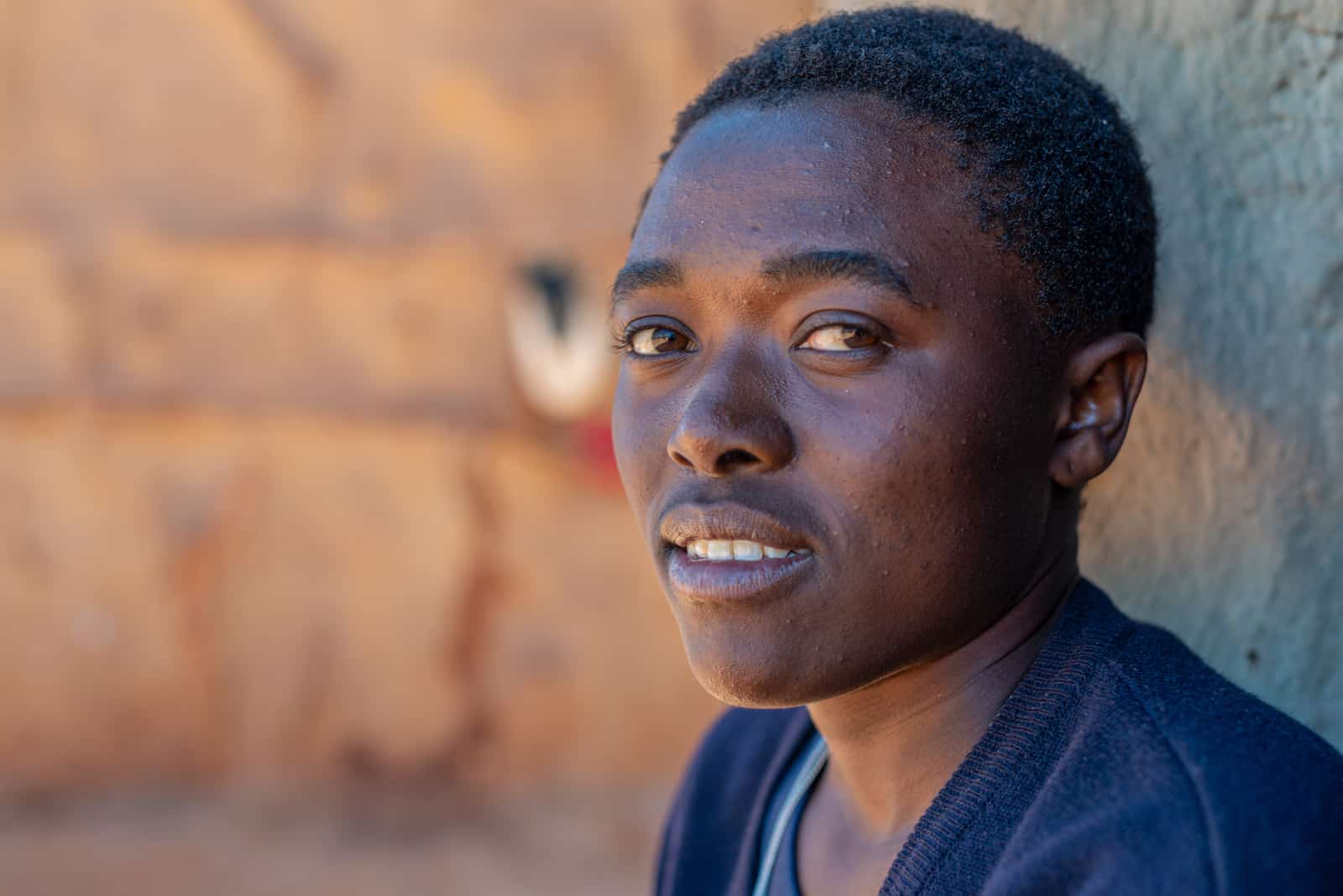 In Joyce’s community in Tanzania, girls and women are subject to men. Women do not own anything. Women are not supposed to speak unless spoken to. And they are barely given a chance to pursue an education.

Joyce’s father has three families, and he lives in another province with his third wife. He visits on special occasions — to discuss his daughters’ marriages and dowries. Joyce has watched as three of her sisters got married after primary school.

But Joyce wanted a different path. She was part of a local child development center that was helping her go to school and learn her rights. After she finished primary school, she did an extraordinary thing: She defied her father and kept going to school.

“When I joined secondary school, my father tried to stop me from going to school. I had to wake up early to avoid him,” says Joyce. “When I came back home from school, he would scold both my mother and me.” 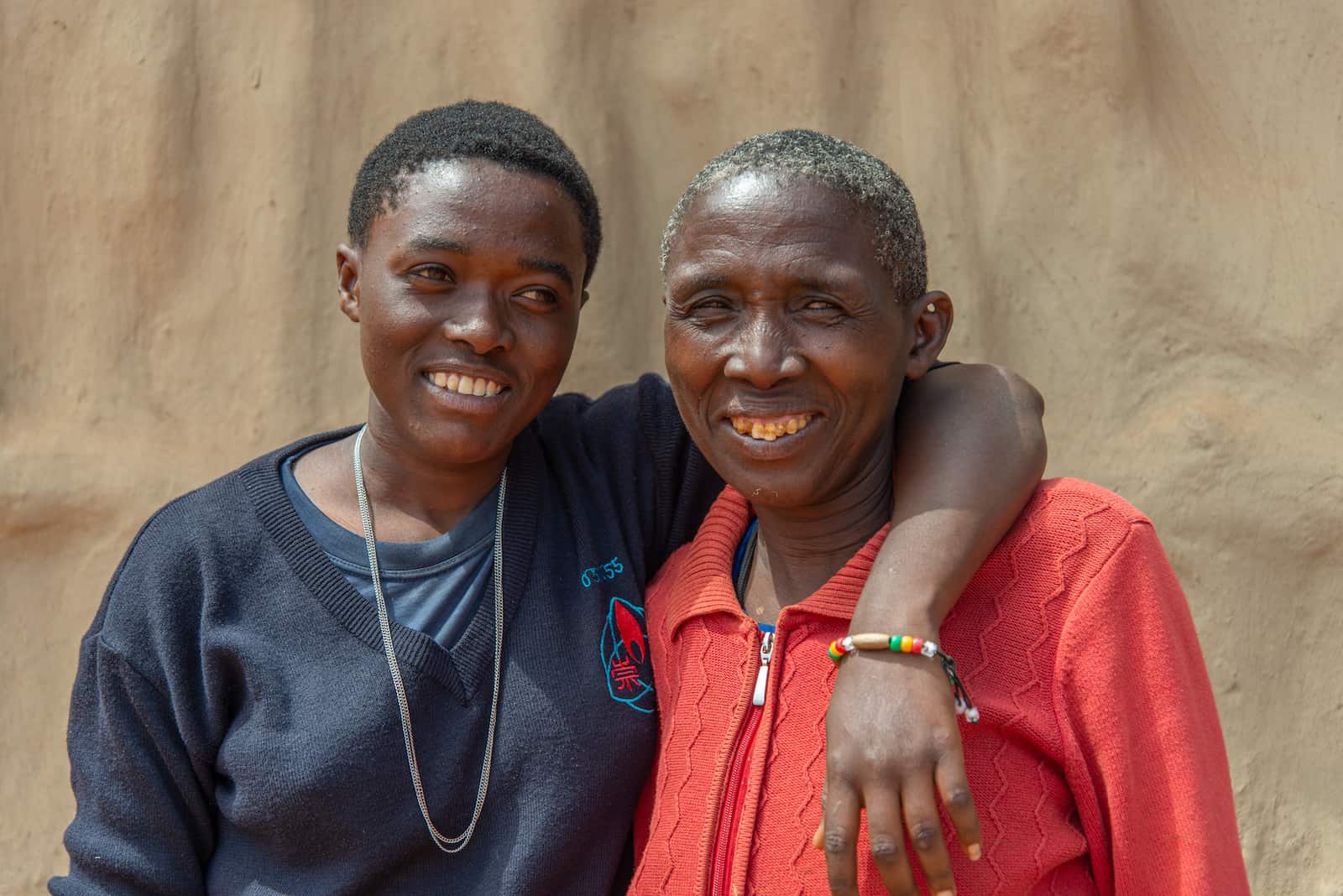 “I want a better life for my children,” says Joyce’s mom. “I cannot deny them the chance to make their lives better because when they succeed, I also succeed.”

Joyce has also had the support of her center staff to stay in school. When her father tried to marry her off at 17, Joyce ran to the Compassion center for help. They talked to the father and let him know that they would report him to the police if he made his daughter marry against her will.

Today, Joyce is 19 and with the help of her sponsor, she is studying community development! She hopes that her profession can help get more girls from her community to go to school. 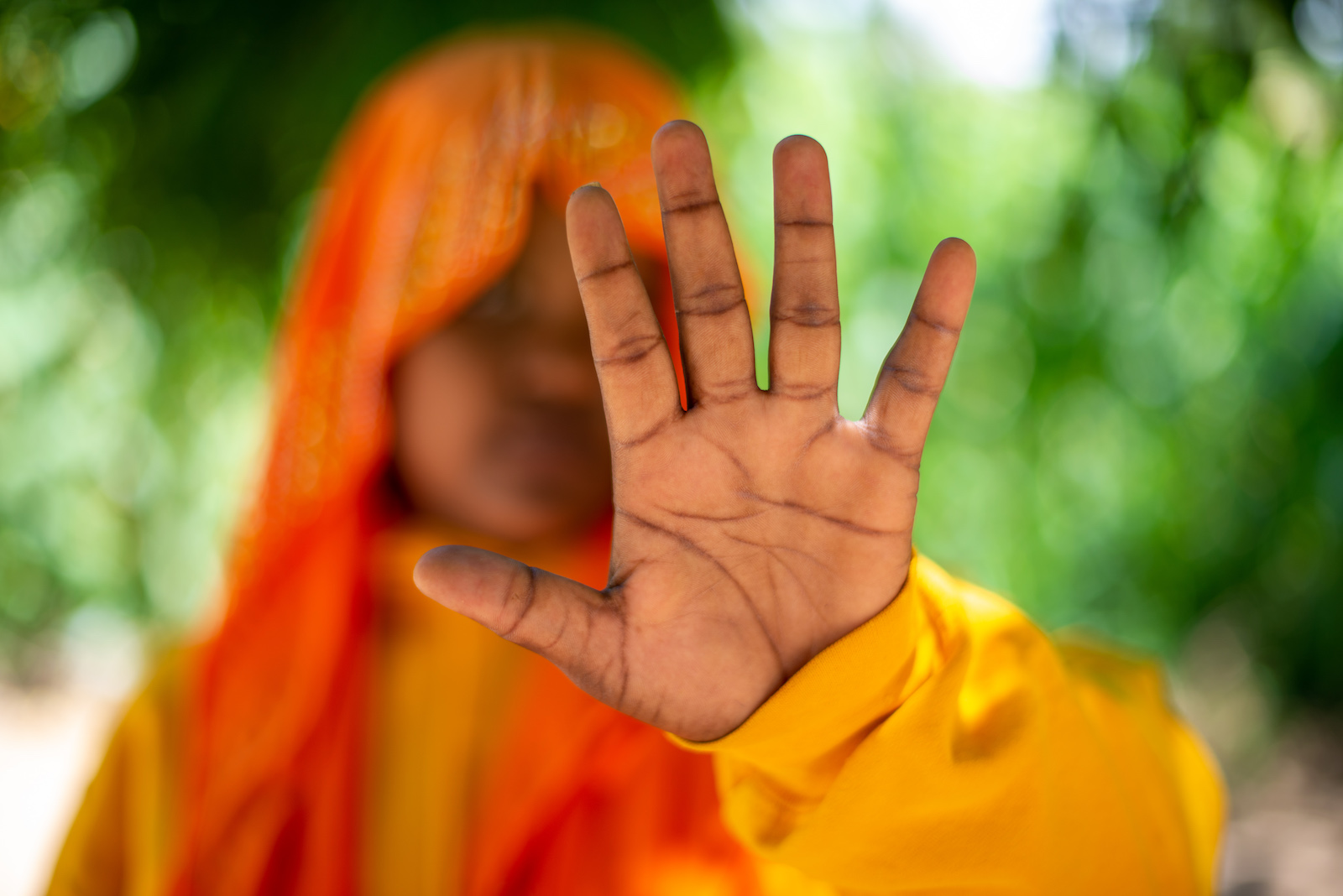 Zuri* woke up to find her home compound packed with people. She noticed a woman in the crowd, and chills ran down her spine. The elderly woman was a known cutter who performed the female genital mutilation (FGM) ritual.

Before FGM was criminalized in Tanzania in 1998, the cultural practice was a rite of passage for girls in the central and northern regions in Tanzania. FGM is performed to prepare girls for marriage, often in their adolescence. Since criminalization, the practice is performed in secret. But there are parents,  girls and churches standing against the practice.

Through regular seminars, Compassion’s local church partner educates families about the physical and psychological impacts of FGM. Sarah, Zuri’s 16-year-old daughter, decided she didn’t want to undergo the practice. Influenced by the seminars, Zuri decided against the practice as well.

But girls aren’t usually given a choice.

“I was born at a different time compared to my daughter,” says Zuri. “When my mother did it to me and my sisters, we couldn’t fight it. But now, having lived through the complications of having it done to me, I did not want it for my daughter. It is a very cruel thing.”

That fateful morning, Zuri ran to find her 16-year-old daughter, Sarah. She told her to leave immediately. Zuri tried to find and save her niece, Maria, but she was too late. Sarah went to the only place she felt was safe, the Compassion center run by the local church in their small town.

They made sure Sarah had a safe place to stay until the cutter was gone. Although they couldn’t rescue Maria in time, the staff pursued justice for her, and reported the event to the police. Those involved were arrested, and the church hopes this will influence parents not to practice the illegal ritual in the future. 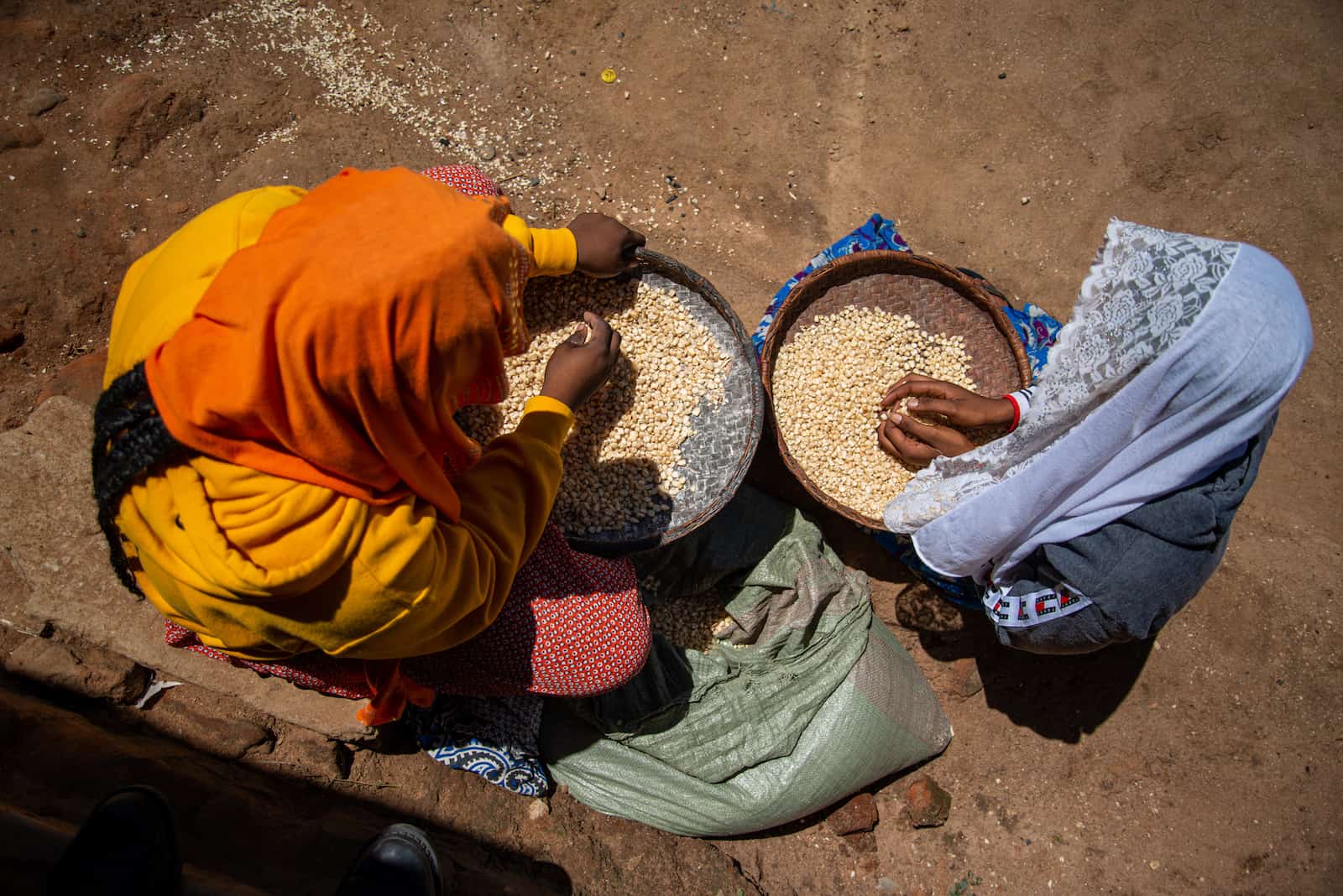 Today, Sarah and Maria have returned to school and their Compassion center, where they find love, protection and support.

“Maria and I always told our parents that we did not want to be cut,” says Sarah. “When my mother sent me away, that was the day I knew how much she loved me. I just hope more parents could be like her.”

A First Grader Is Not a Trade 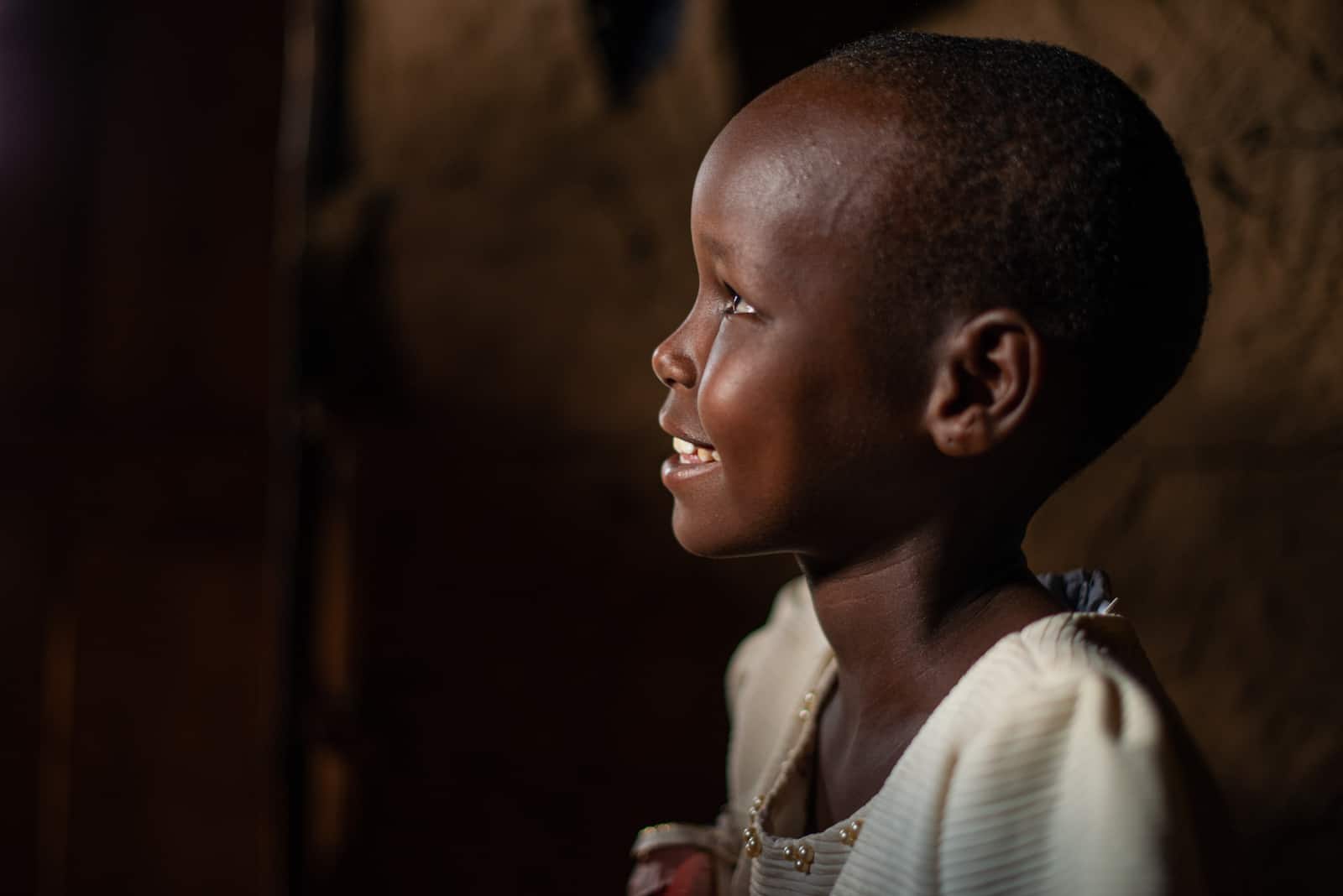 Ten-year-old Paulina is part of the Maasai tribe, a proud and colorful people living in northern Tanzania and southern Kenya. Roles for girls and boys are strictly defined, with the boys learning how to care for their families’ cattle from an early age and the girls getting married, also at an early age.

Although primary education is compulsory in Tanzania, sending children to school, especially girls, is slow to make its way into the Maasai system of values. But thanks to children like Paulina, change is taking root.

When Paulina was a baby, her father, Abraham, left home to work in another country. Paulina’s mother, Elizabeth, who had a vision of a brighter future for her children, enrolled her children in school. By the time Abraham returned, Paulina had finished kindergarten.

Abraham was furious. Instead of an education, his goal for Paulina was early marriage, for which he would receive a dowry from the groom’s family, just like he did for her older sister.

Instead of going to the first grade, Abraham sent Paulina to live with his mother to keep her out of school. She spent her days selling milk produced by the family’s cows. But when Jackson Msuya, a worker at Paulina’s Compassion center, learned from the primary school that the little girl was not attending, he sprang into action.

He traveled to find Abraham, but the father hid from him. Jackson turned to the village elders to convince the father to allow his daughter to go to school, but the elders stood by the father. Finally, Jackson took the matter to the police.

“As soon as he saw that the police were involved, Abraham agreed to let Paulina start first grade,” Jackson says.

And to ensure that Abraham didn’t go back on his agreement, the Compassion center had him sign a statement promising never to take her out of school again. 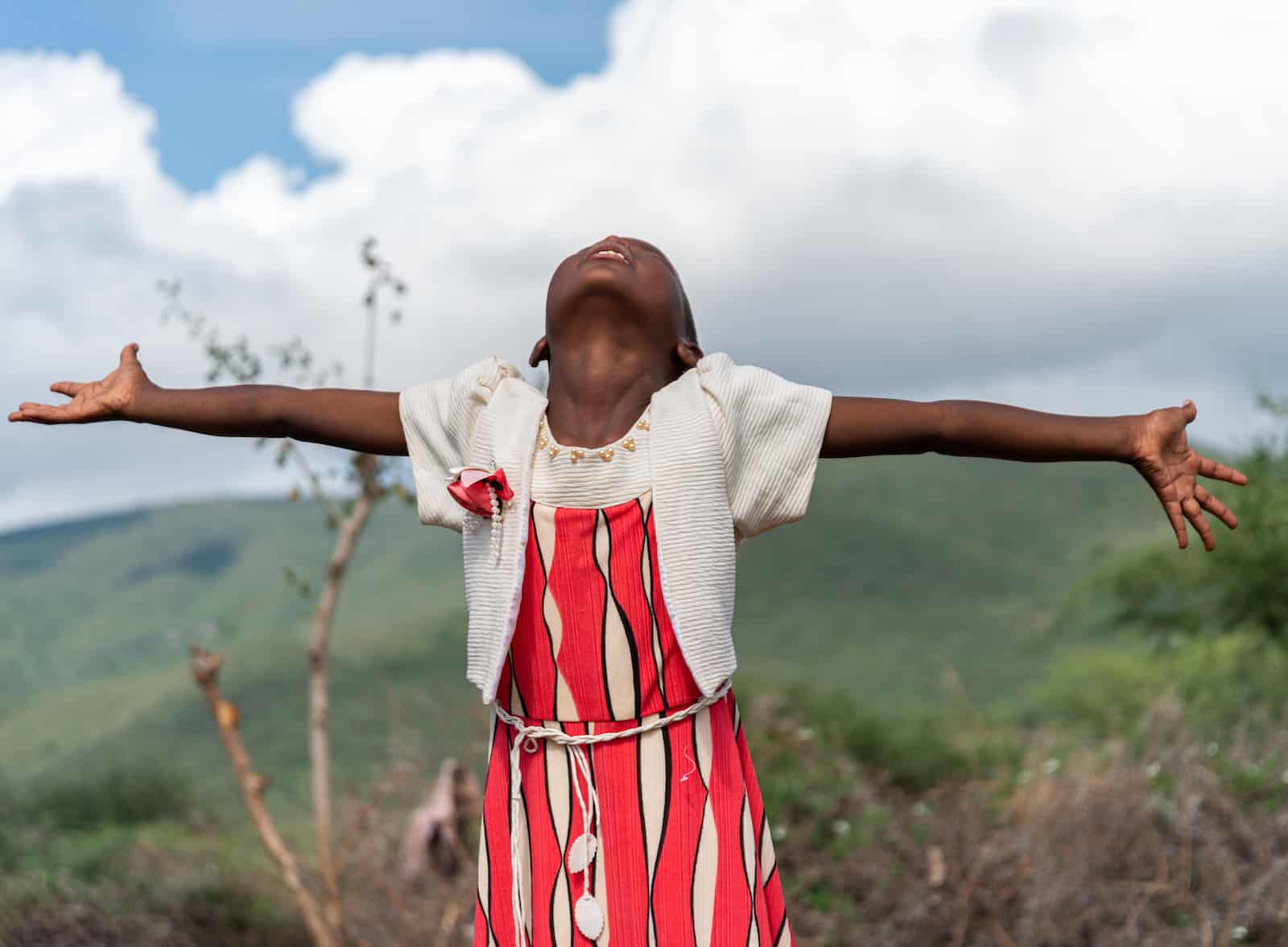 Now Paulina is free to be a little girl. She won’t be traded for a dowry. She is living with her mother and brother and going to school. Although only 10, attending school has already sparked in Paulina an ambitious dream for the future. She says with a sparkle in her eyes, “I want to be a Swahili language teacher in the city of Arusha!”

Thank you for ensuring children are allowed to be children. Your sponsorship can truly make an enormous difference in a child’s life! 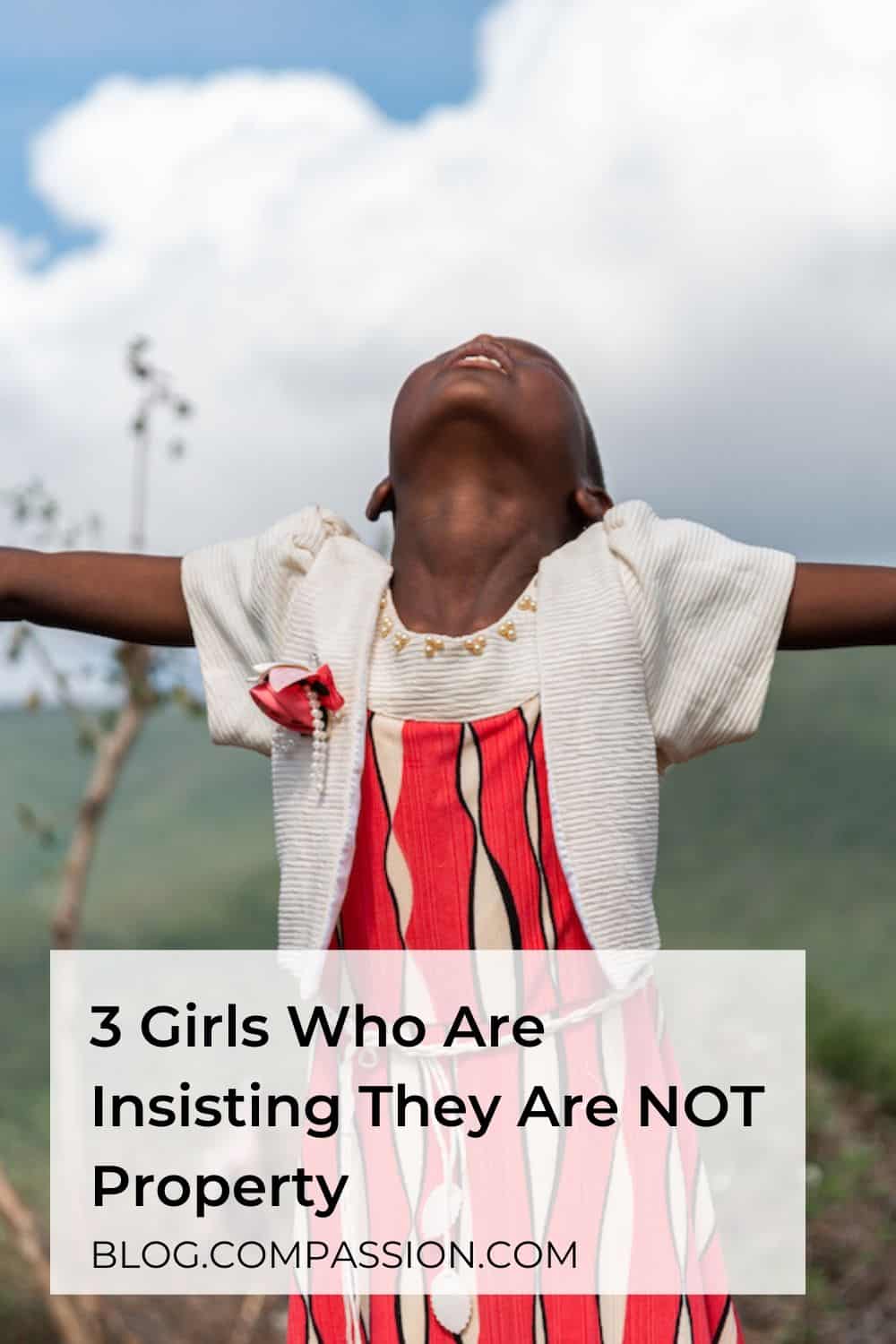 Eric is a Photojournalist for Compassion Tanzania.