Why This 8-Year-Old Is Not Engaged to Be Married

Child marriage may seem like an abstract, faraway problem. But it affects real girls like Maindi every day. Learn what child marriage is, facts about how it is affecting society, and how you can help prevent girls from becoming brides.

Eight-year-old Maindi wakes up with burning eyes as smoke fills the little hut her family shares. She sits up and cuddles her baby brother, her eyes slowly becoming accustomed to the bright rays of sunlight streaking into the hut. 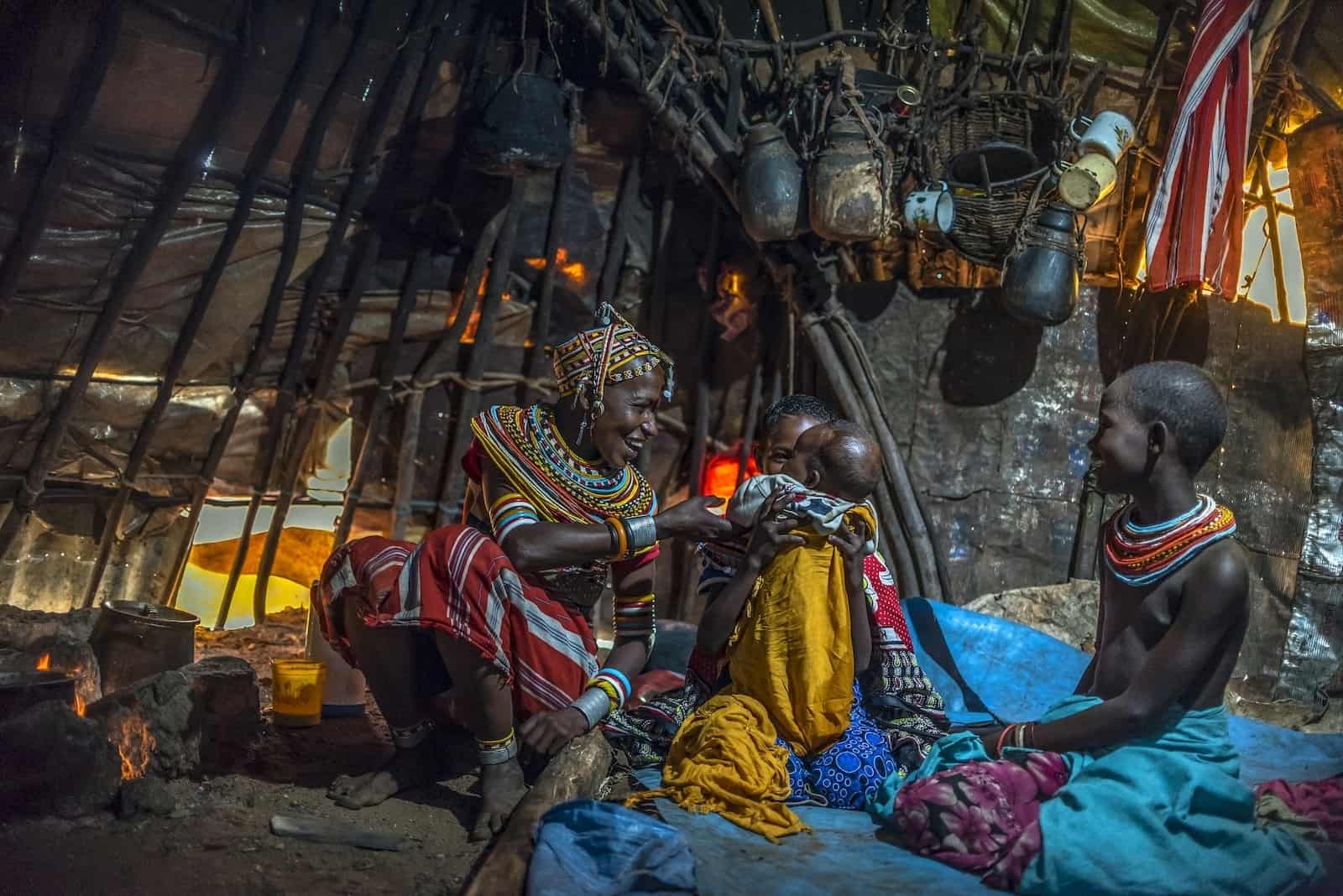 Her mother, Koreiya, is already up, building the family’s fire.

“We have to be up very early in order to prepare for the day,” Koreiya says as she places a pot filled with water on the fire. According to a saying of the Rendille tribe of Northern Kenya,

“Without women there is no light.”

Outside, the golden rays of sun reveal a manyatta, or village, called Nebei, 300 miles northeast of Nairobi. 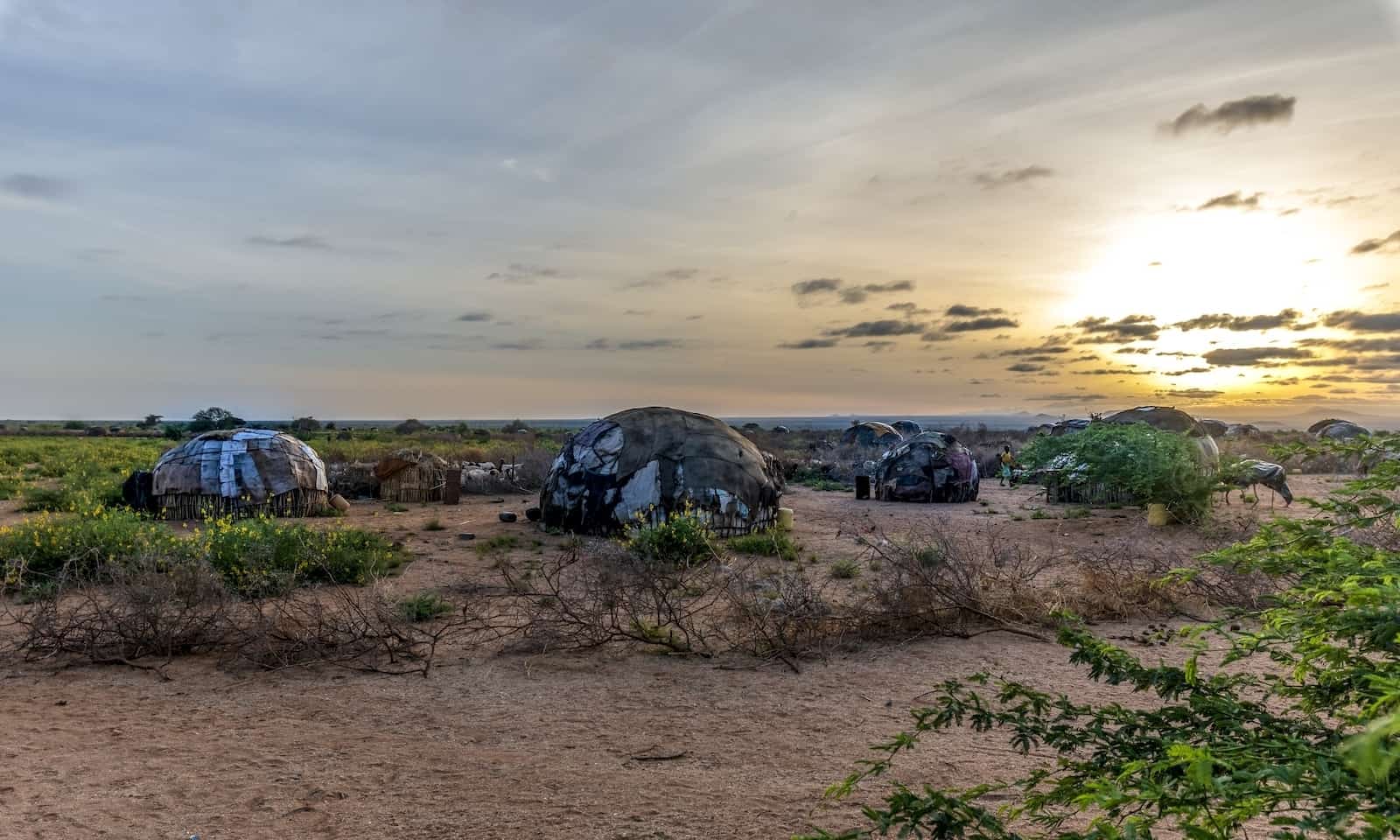 It’s time for Maindi to head out and start her chores. The Rendille tribe relies wholly on the milk, meat and blood of goats to survive. Their children must grow up fast, as they start helping with the goat herds from the time they are very young. 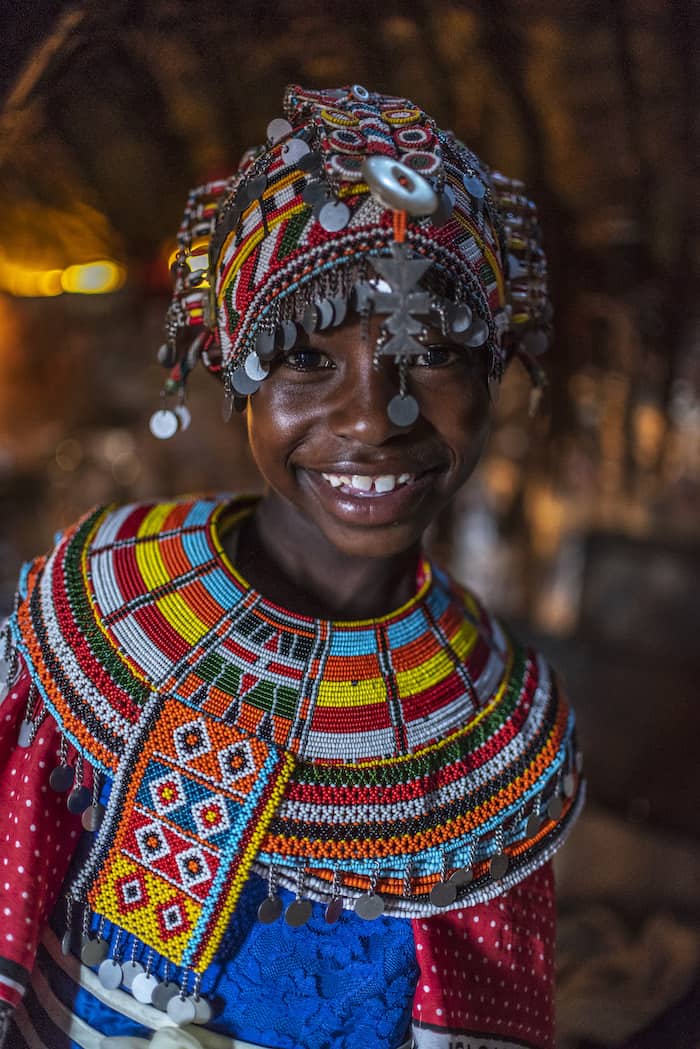 Rendille girls like Maindi must grow up even faster. At age 8, Maindi is just a few years from the marrying age in her culture.

What is child marriage?

Child marriage can be either a formal marriage or an informal union that takes place before the age of 18. Sometimes it is a forced marriage. It can impact both genders, but girls are disproportionally affected. Every year, 15 million girls marry before their 18th birthday.

But in some cultures, girls are married much younger. In Maindi’s culture, girls can be married as early as age 10 or 12.

“Young girls are ‘booked’ at a very young age by older men,” explains Mathew Erot, Pastor of a local church. 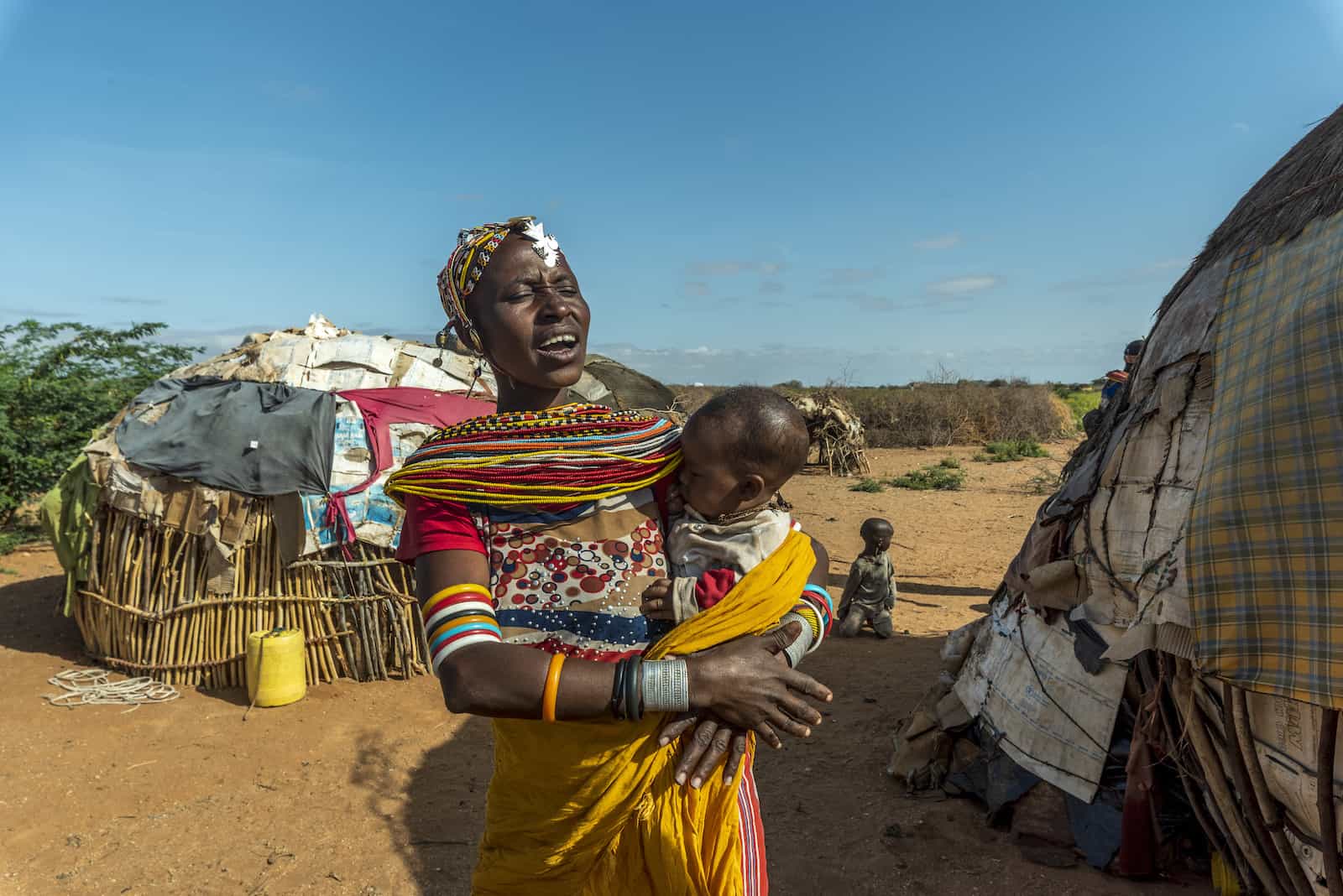 Like many of the women in her tribe, Maindi’s mom, Koreiya, was married in her early teens and now has five children.

Where does child marriage take place? 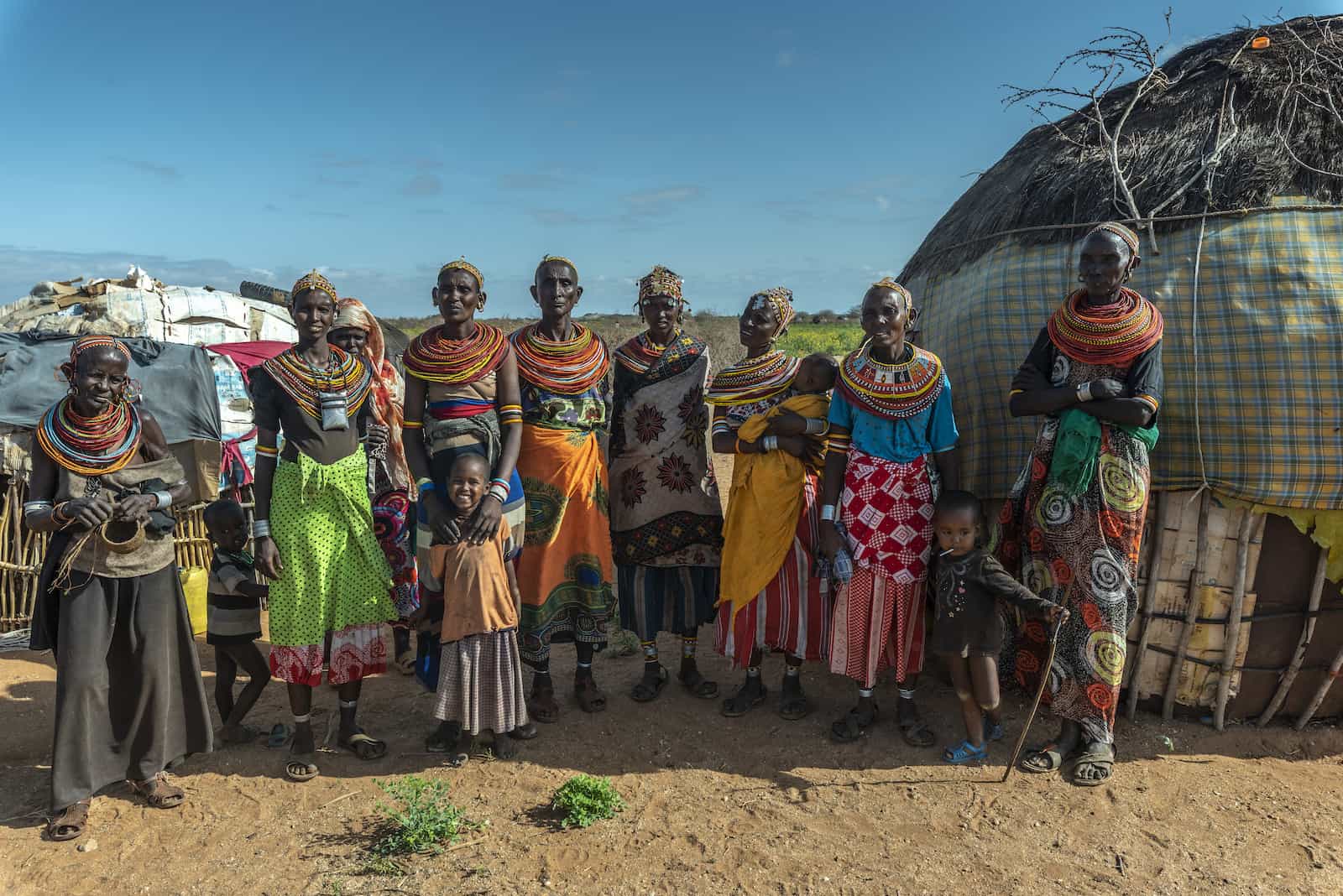 Women of the Rendille tribe

Child marriage rates are slightly lower in South Asia, where 30 percent of women are married before 18, and even lower in Latin America, at 25 percent, the Middle East and North Africa, at 17 percent, and Eastern Europe and Central Asia, at 11 percent.

Child marriage is also more likely to take place in rural areas in less developed countries and can be related to poverty. In Nebei, drought is common, so survival is difficult — and sometimes impossible. Families move their manyattas a minimum of three times a year, trying to find water and grazing land.

Maindi was born just after a famine that claimed lives in her village.

“We named our daughter Maindi, which means maize (corn), since she was born during a time of abundance, just after the community had faced the worst famine ever, in which we lost almost all our animals and a few lives,” recalls Koreiya.

Given this poverty and constant fight to survive, children must become contributors immediately, and this often can lead to child marriage.

How does child marriage affect society, and girls like Maindi? 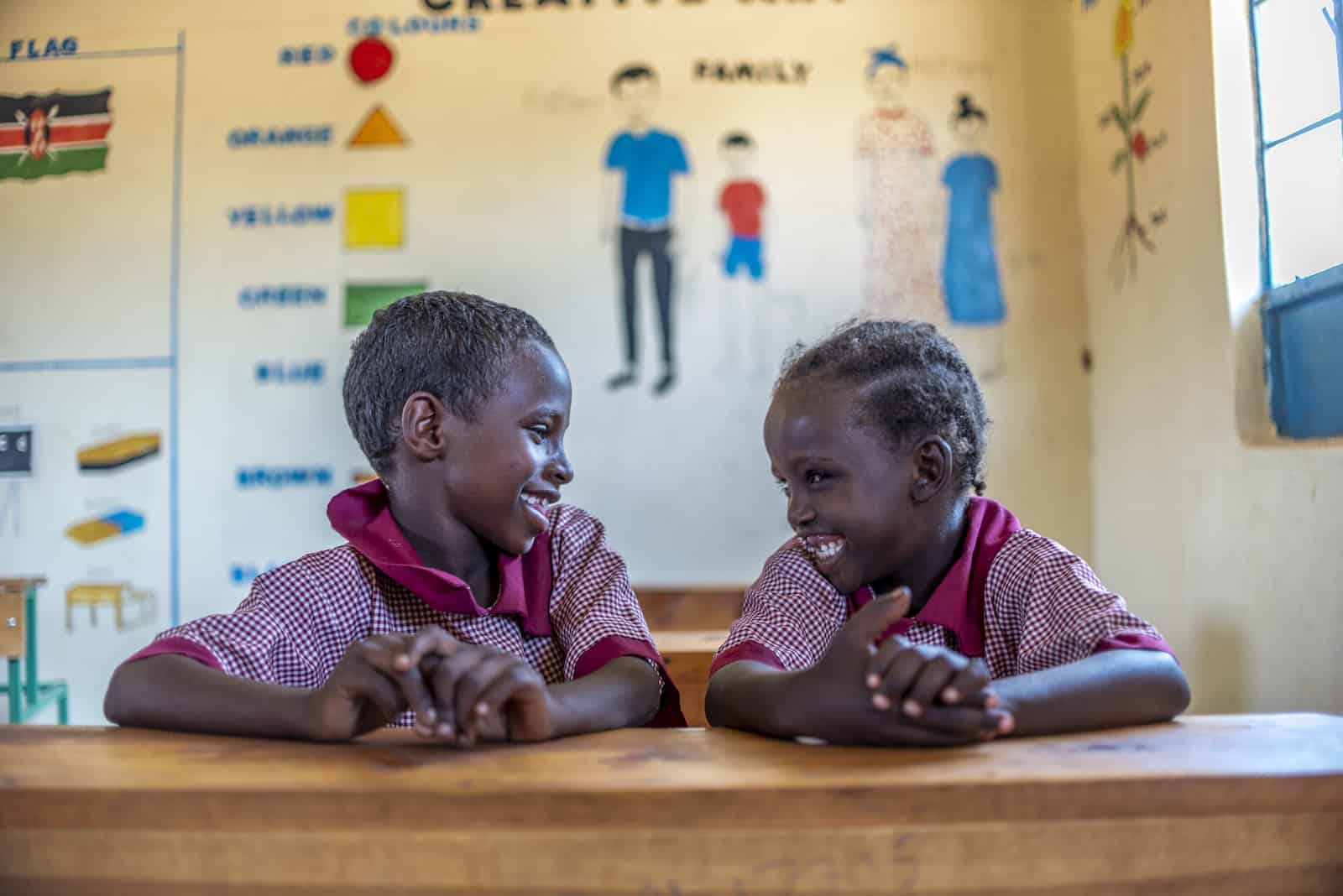 Child marriage has many long-term devastating consequences. Here are a few facts. Child brides are:

What’s more, child marriage is sometimes preceded by the practice of female genital mutilation. In Maindi’s culture, this traumatizing practice happens the morning of a young girl’s wedding.

How can child marriage be prevented?

Girls like Maindi need to be protected from the dangers of child marriage, but at the same time, the Rendille tribe wants to maintain their vibrant and strong culture. How can these two competing forces be reconciled? 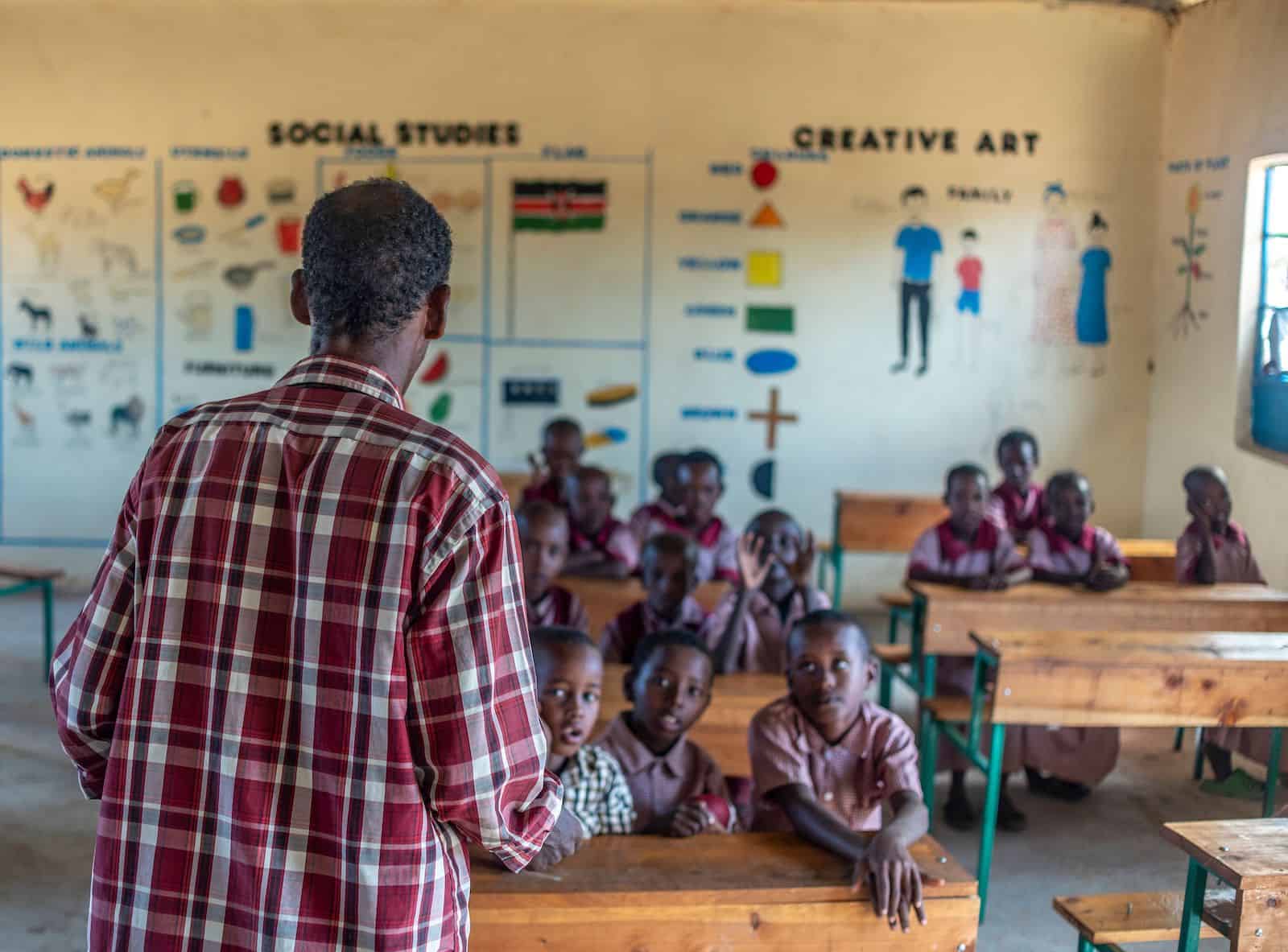 It takes the knowledge and understanding of a local to address these complicated issues. In Nebei, the local church is at the forefront of educating families about retrogressive practices like child marriage and female genital mutilation, while still honoring and maintaining their tribe’s culture.

Matthew Erot, Pastor of the Africa Inland Church, was born and raised in this area. He believes one of the best ways to fight child marriage is through education.

“In the Rendille community, the majority of inhabitants are still deeply rooted in culture and tradition,” says Matthew. “Education is not valued since children are considered as readily available labor to help the family look after their goats and sheep, which are the only source of livelihood. Boys and girls as young as 2 years old stay out in the bush for prolonged periods of time tending to the animals.”

To help children stay in school, Matthew’s church has partnered with Compassion so that parents can receive assistance with things like school fees, textbooks, school uniforms and nutrition. The Compassion center is also educating families about the rights of the child and the dangers of female genital mutilation.

Maindi is sponsored, and so she is in school — the only one of the five children in her family who is able to go to school. She loves going to the Compassion center to learn, while still helping her family with the daily chores.

Free to Be a Child 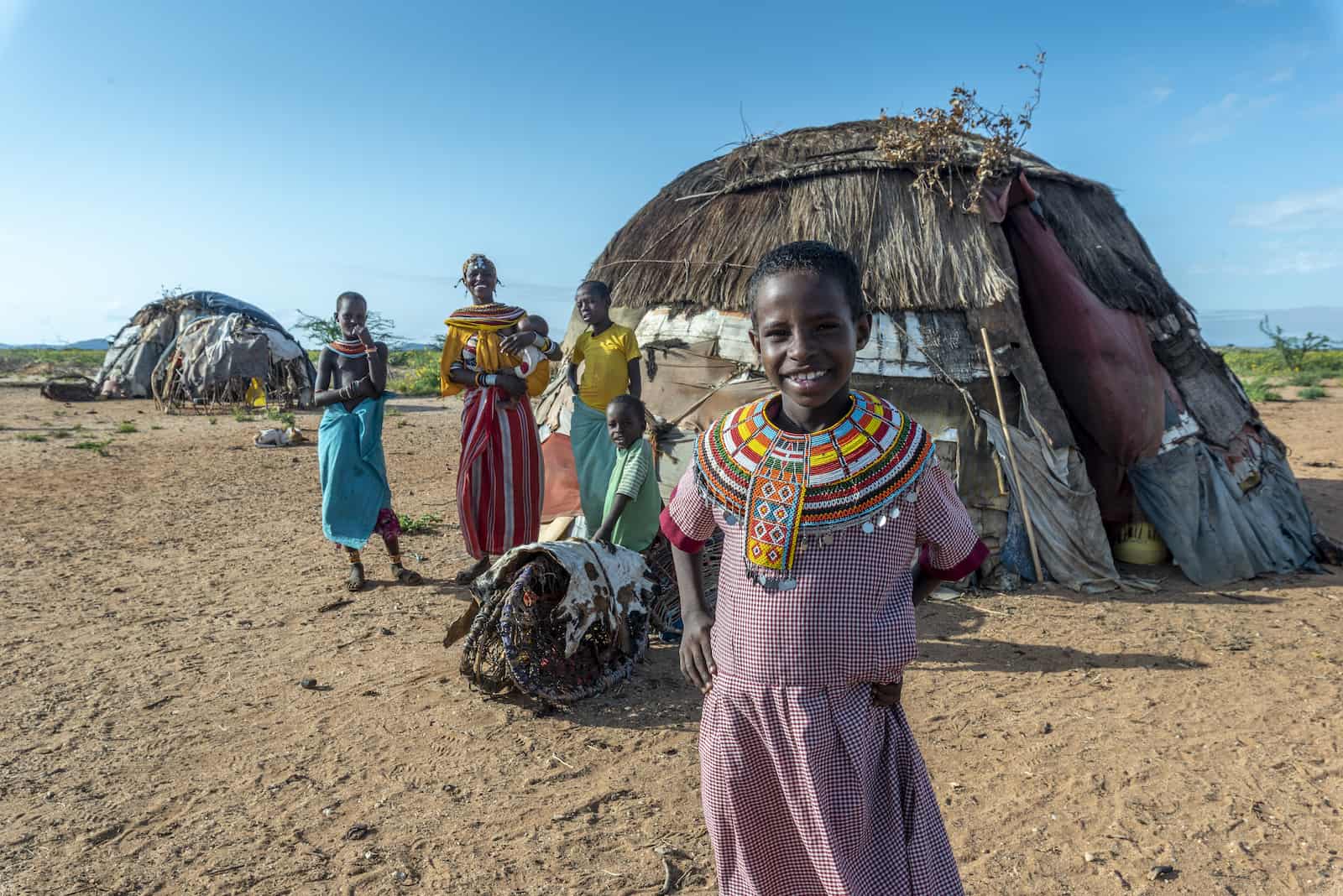 Back at home, Maindi separates the goat kids from their mothers in preparation for milking. As she works, Maindi lets a stream of milk fill her cupped hand before raising it to her mouth to drink, the warm milk running through her fingers and down her arm.

“She’s a very cheeky one. That’s her favorite part about milking the goats. But I’m glad she helps around here even with the little things. We are so happy that she is in the [Compassion center] because she can attend school unlike her siblings and hopefully help her family in the future.”

Though Koreiya married young and never attended school, she doesn’t want that for her own daughters. But they haven’t been able to send any of their other children to school. That’s why Maindi’s 13-year-old sister, Sitayo, spends her days tending the family’s flocks in the bush.

Unfortunately, 13-year-old Sitayo will likely be married soon, if the right suitor comes along. But thanks to her sponsors, Maindi won’t be married as a child.

Child marriage is a violation of human rights. Through culturally sensitive programs delivered by local churches who understand their community, families are learning about the dangers of early marriage and are allowing girls to be girls.

A huge thank you to our sponsors who are joining the Church in protecting children!


Source for all statistics: UNICEF; 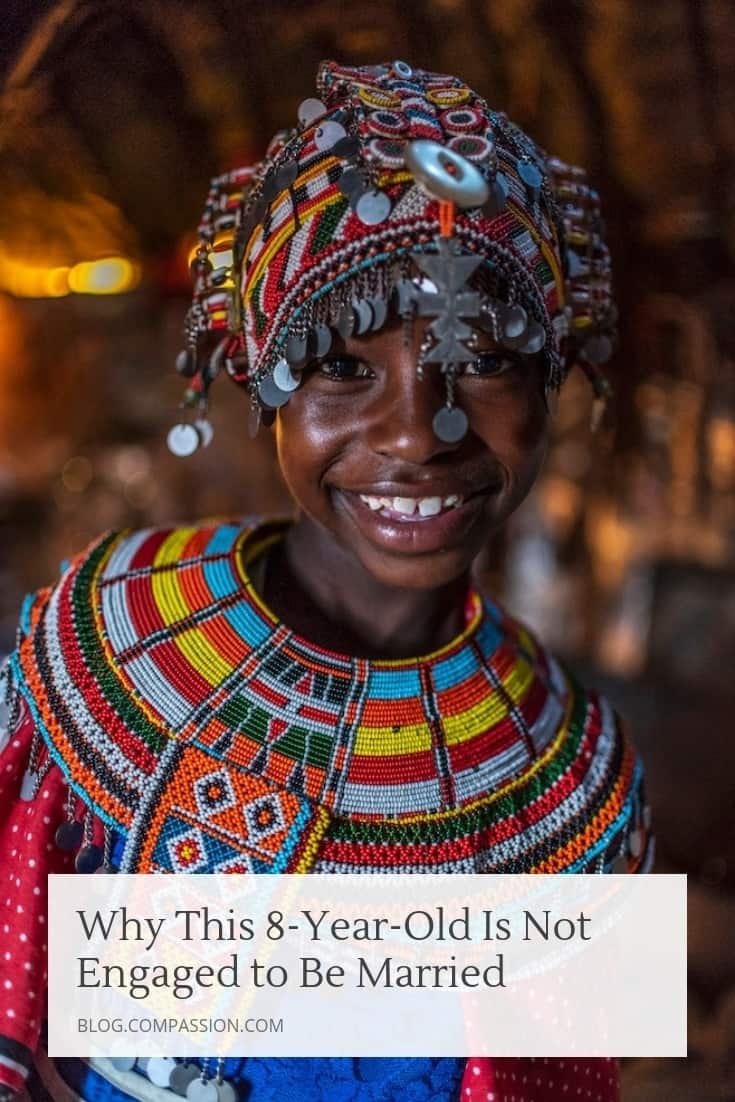 Isaac is a Photojournalist for Compassion Kenya.

Prev Post:Who Makes the Most Popular Drink in the World?Next Post:8 Breathtaking Photos of Hardworking Moms Around the World