On May 18 at sundown, along the southern coast of Bangladesh, the air filled with the sound of the coast guards howling on the “sound-trumpets.” The alarm system warned the coastal communities of the super cyclone gathering around the Bay of Bengal.

The sirens along the coast sounded every alternate hour, alerting residents to prepare to evacuate. It seemed like even the animals were obeying nature’s warning — birds flew inland, away from the coast, and cows and ducks stood petrified as people ran around, trying to shift their valuables and belongings away from the impending danger.

“Ever since the warnings began, it reminded us of the experience we had in 1991 when struck by the tropical cyclone,” said Dipankar, the manager of a Compassion-assisted child development center.

Having experienced a super cyclone in his youth, Dipankar had prayed that he would never again see such a large-scale disaster. Yet nature’s path was inevitable. Super Cyclone Amphan — the Bay of Bengal’s fiercest storm this century — struck India first on the evening of May 20, trampling everything in its path before it reached the coast of southern Bangladesh around the Sundarbans. More than a million homes were destroyed and more than 80 people lost their lives across India and Bangladesh.

However, thousands of lives were saved by the simple initiative of a community walk-through.

Before the super cyclone struck, the staff at Dipankar’s child development center went from door to door in the community to verbally warn families and ensure they were evacuating. Every resident in the community was able to find safety at the government-built cyclone shelters on safer ground.

READ: How Your Sponsorship Is Key During a Health Crisis

After the storm, families surveyed the damages. 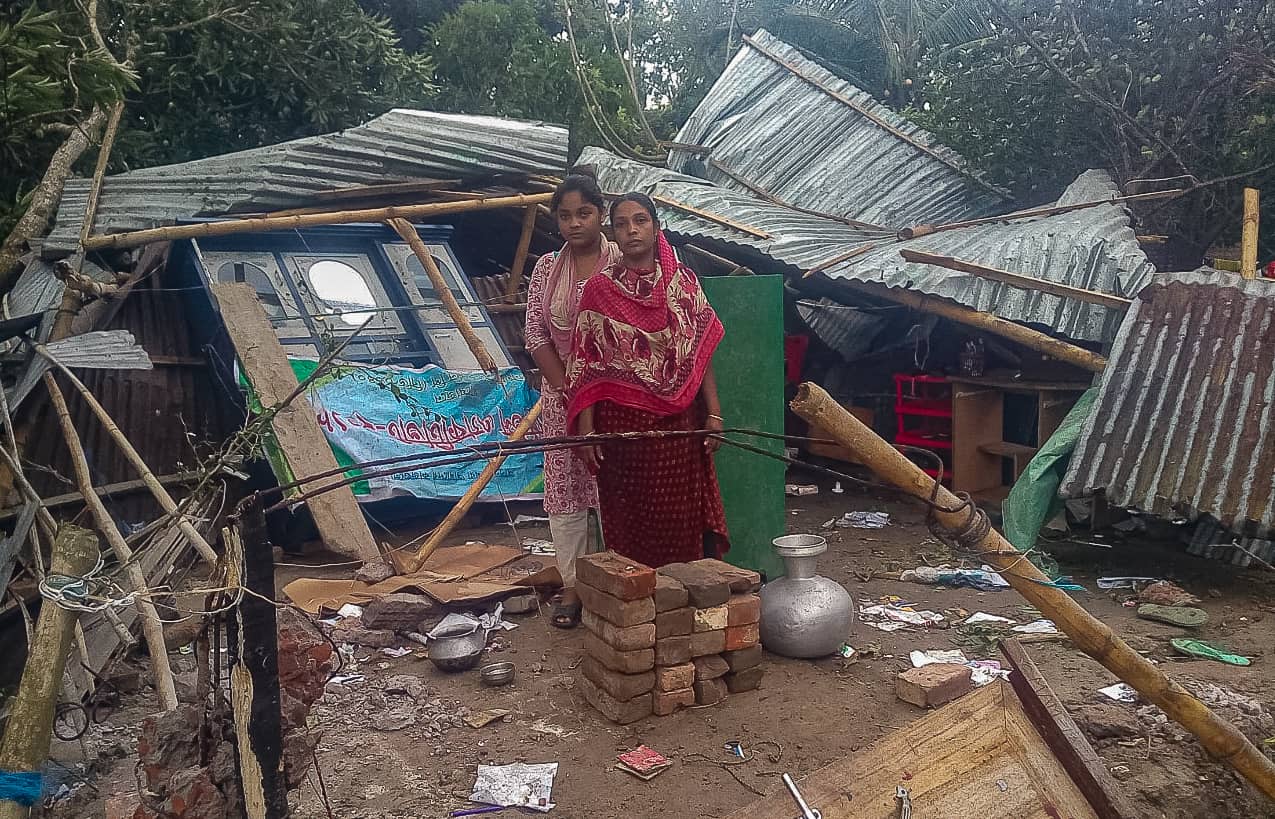 After a night at the shelter with her parents, 12-year-old Liya and her family discovered their home had been flattened by the winds. 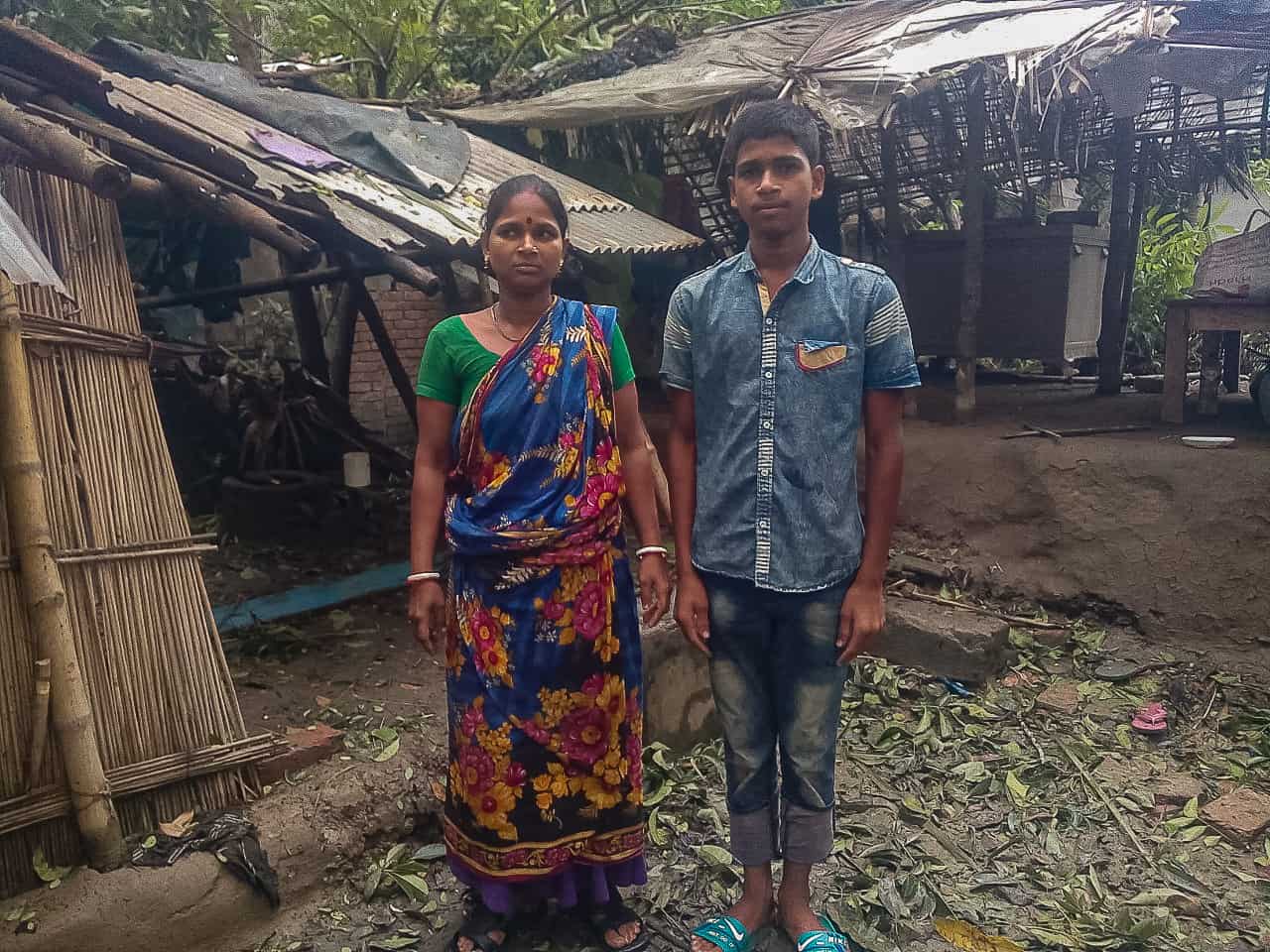 Akash’s family also lost possessions in the cyclone. His mother had carefully saved money to buy the 12-year-old a school bag, but it was destroyed. 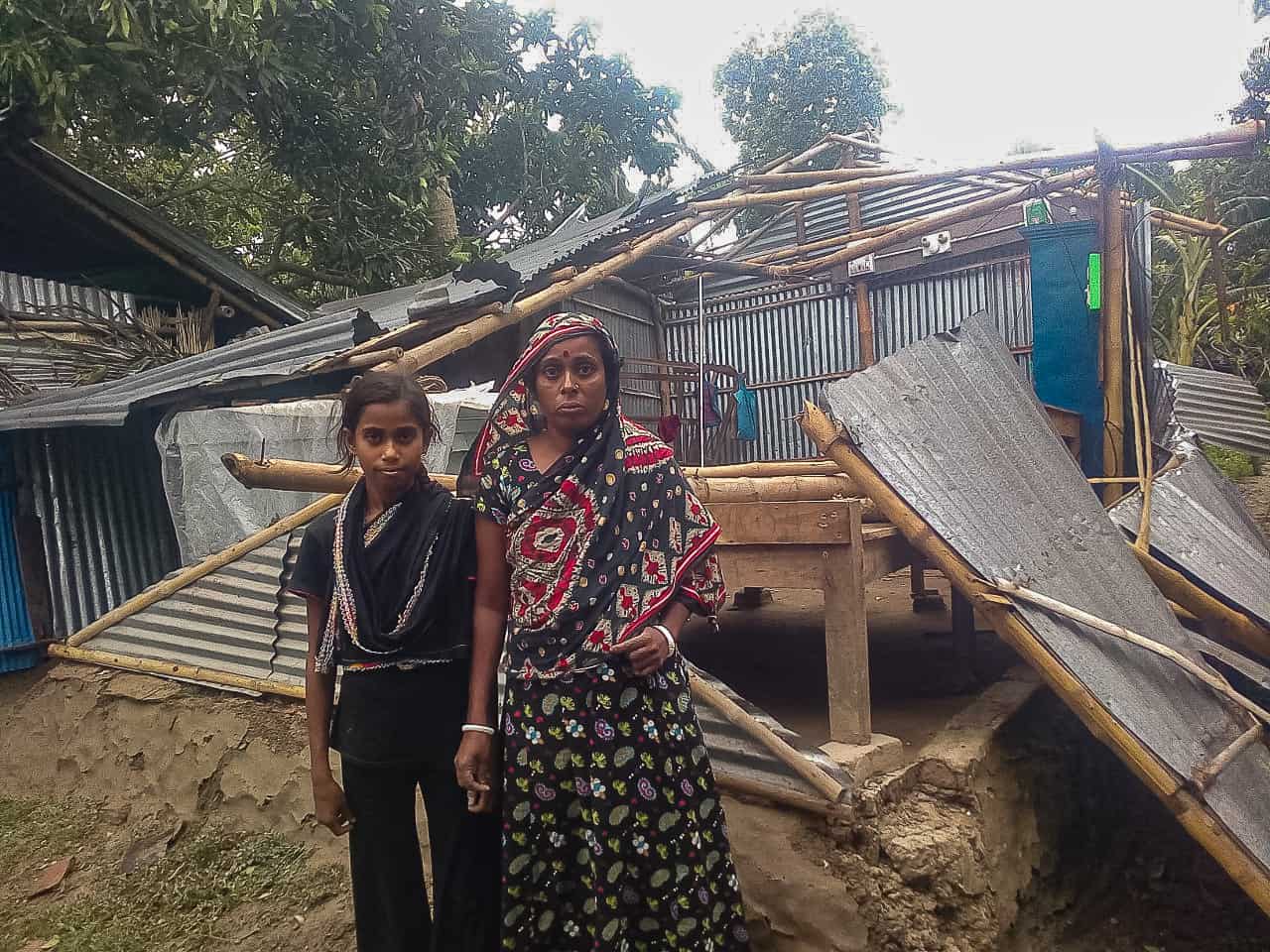 Sangeeta’s home was also destroyed in the cyclone.

“My Sangeeta is only 10 years old. I couldn’t think straight rationalizing between the safety of my family and losing my life’s savings to rebuild my home,” said father Aviram, almost breaking into tears.

Now that the storm has calmed comes the hardest part of a cyclone: the aftermath of cleaning, rebuilding and trying to return to daily life.

But we know that they’re not alone. Your donations have helped us serve over 37,700 children in Bangladesh alone, and your generous gifts will continue to serve the families through this crisis. Our staff in Bangladesh is reporting that the homes of 545 of the families we serve in Bangladesh have been damaged or destroyed. Join us however you can, through prayer or a gift, as we rush to the front lines to help these families in need. 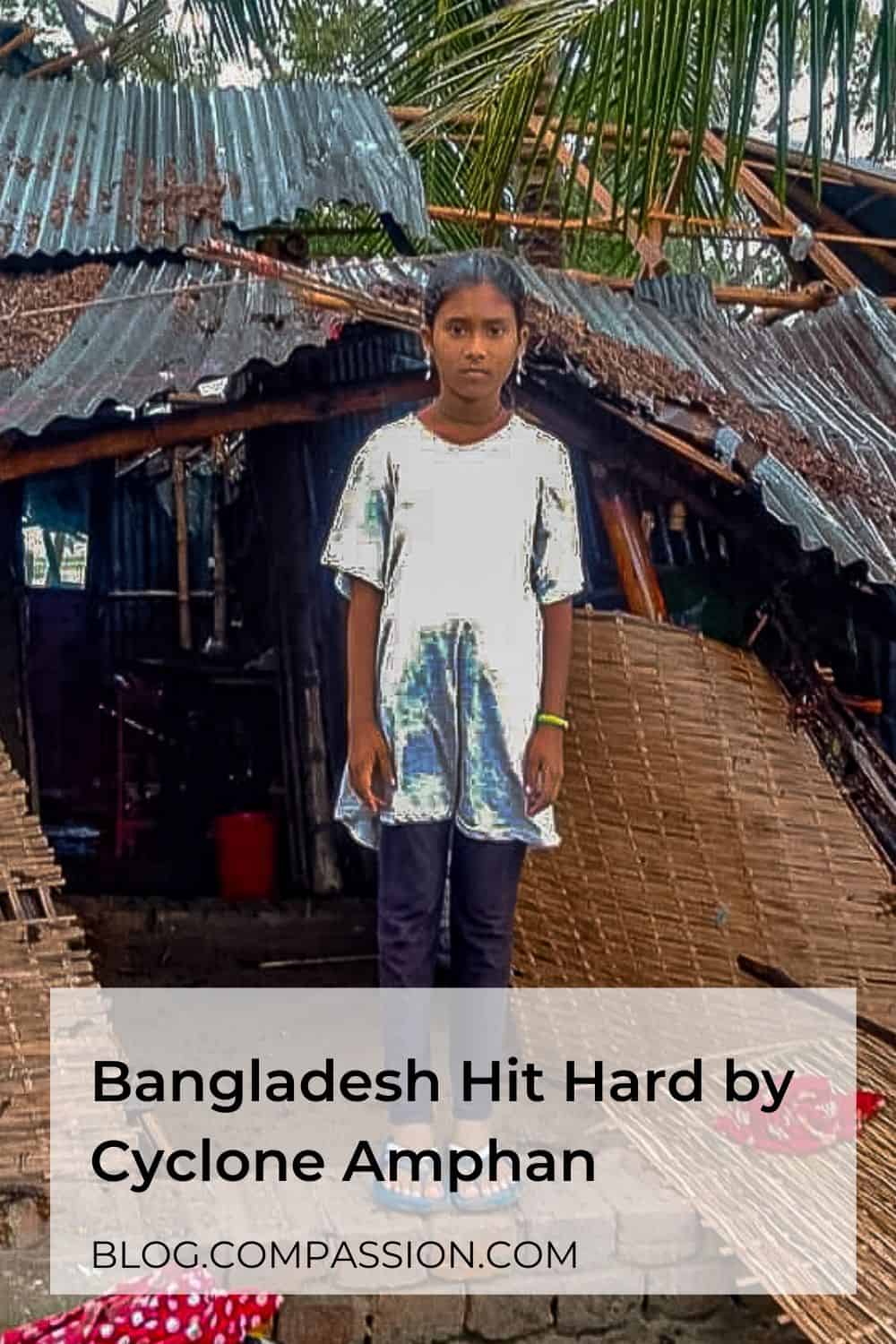 J. Sangma is a Photojournalist for Compassion Bangladesh.

Crisis, In the News