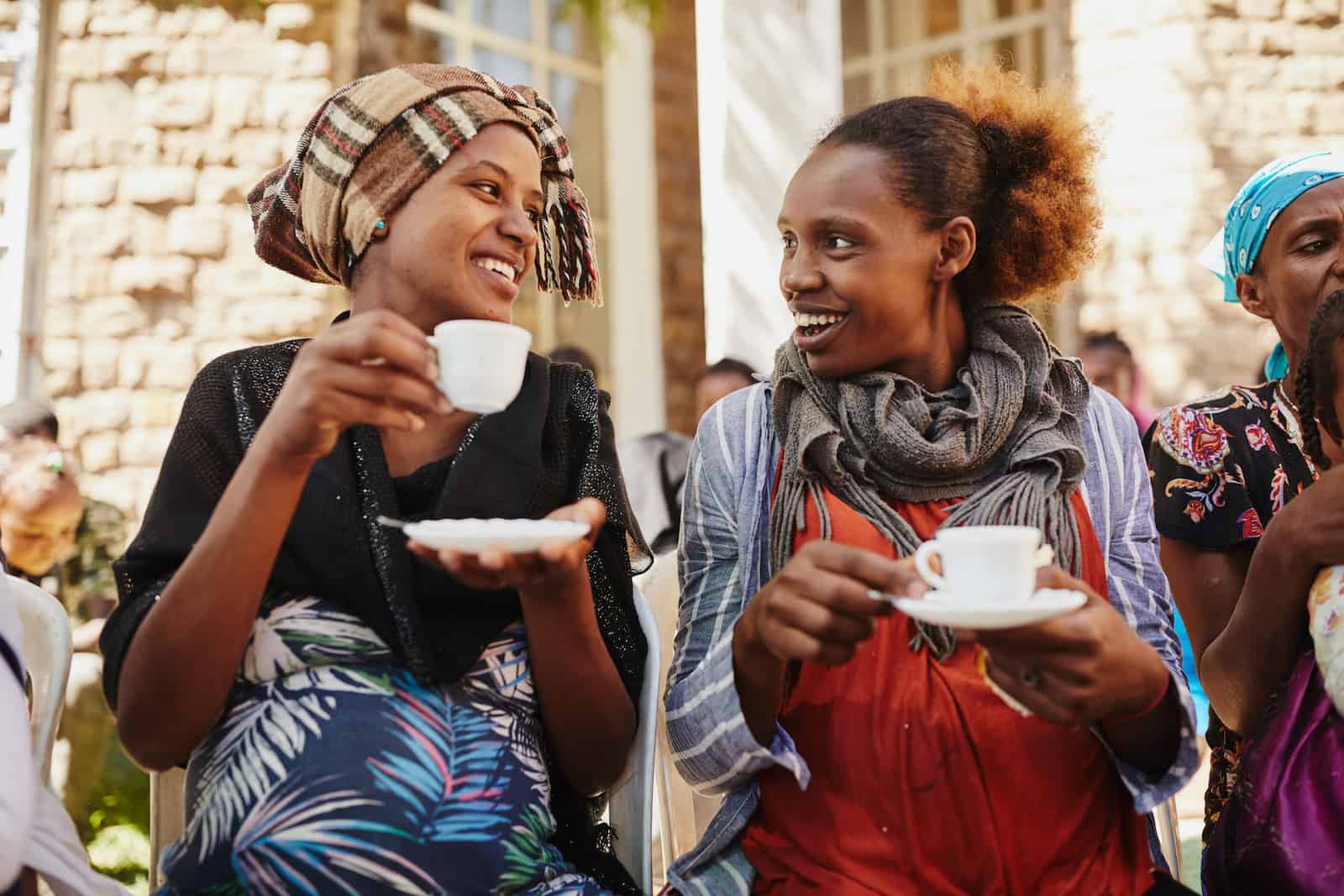 No one knows how coffee brings people together like Ethiopians. The Ethiopian coffee ceremony is a traditional social event that brings families and communities together. It is an important part of Ethiopian culture that’s been passed from generation to generation.

This ceremony has been central to Compassion’s Survival Program in Ethiopia for years, as it helps mothers come together to talk about life and struggles. We virtually invite you to one of Ethiopia’s most important cultural events!

Enjoy these beautiful photos of the Ethiopian coffee ceremony! 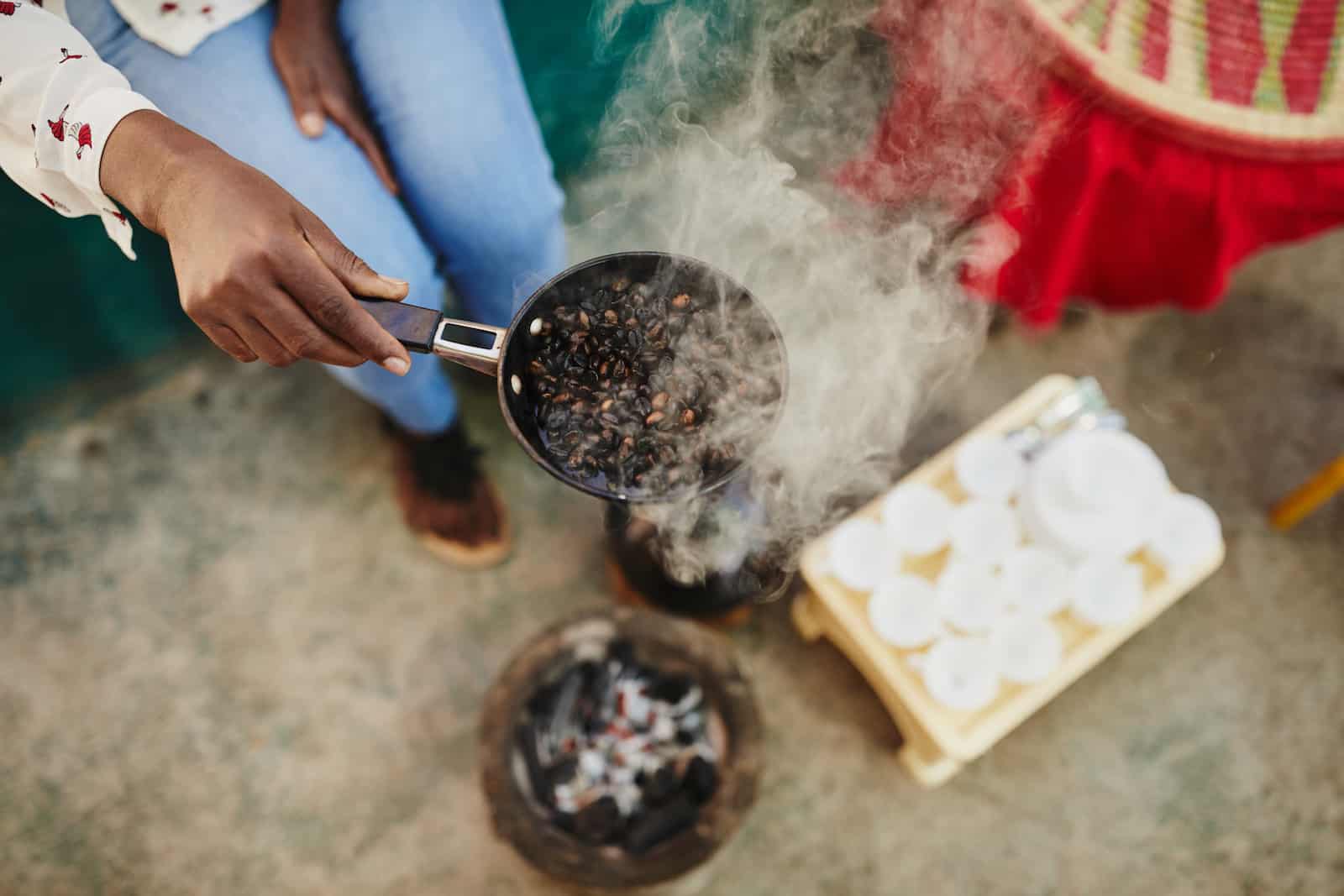 The Ethiopian coffee ceremony commonly starts by washing coffee beans to remove their husks and other debris. Then the beans are roasted in a long-handled pan on a small fire contained in a stone oven. The beans are shaken rhythmically in the pan to prevent scorching. 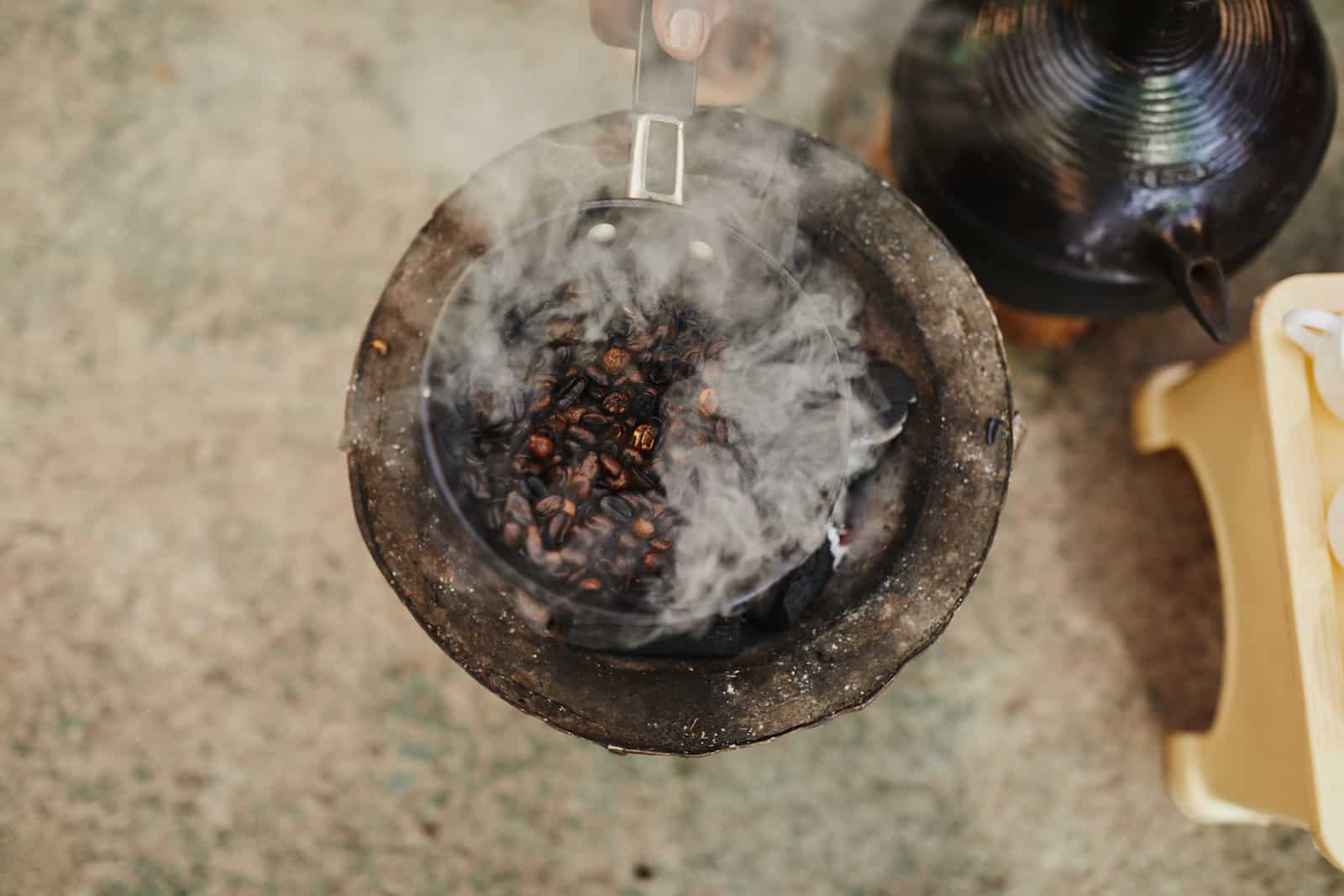 As the beans heat, they darken, become shiny with their own oils, and begin to make a popping sound. At this point, the hostess removes the beans from the heat and waves the pan to create an aromatic breeze for her guests to appreciate.

The roasted coffee beans are then pounded to a fine powder using a mortar and pestle. The coffee grounds are then put into boiling water in a special local coffee pot called a jebena, which is made of clay. 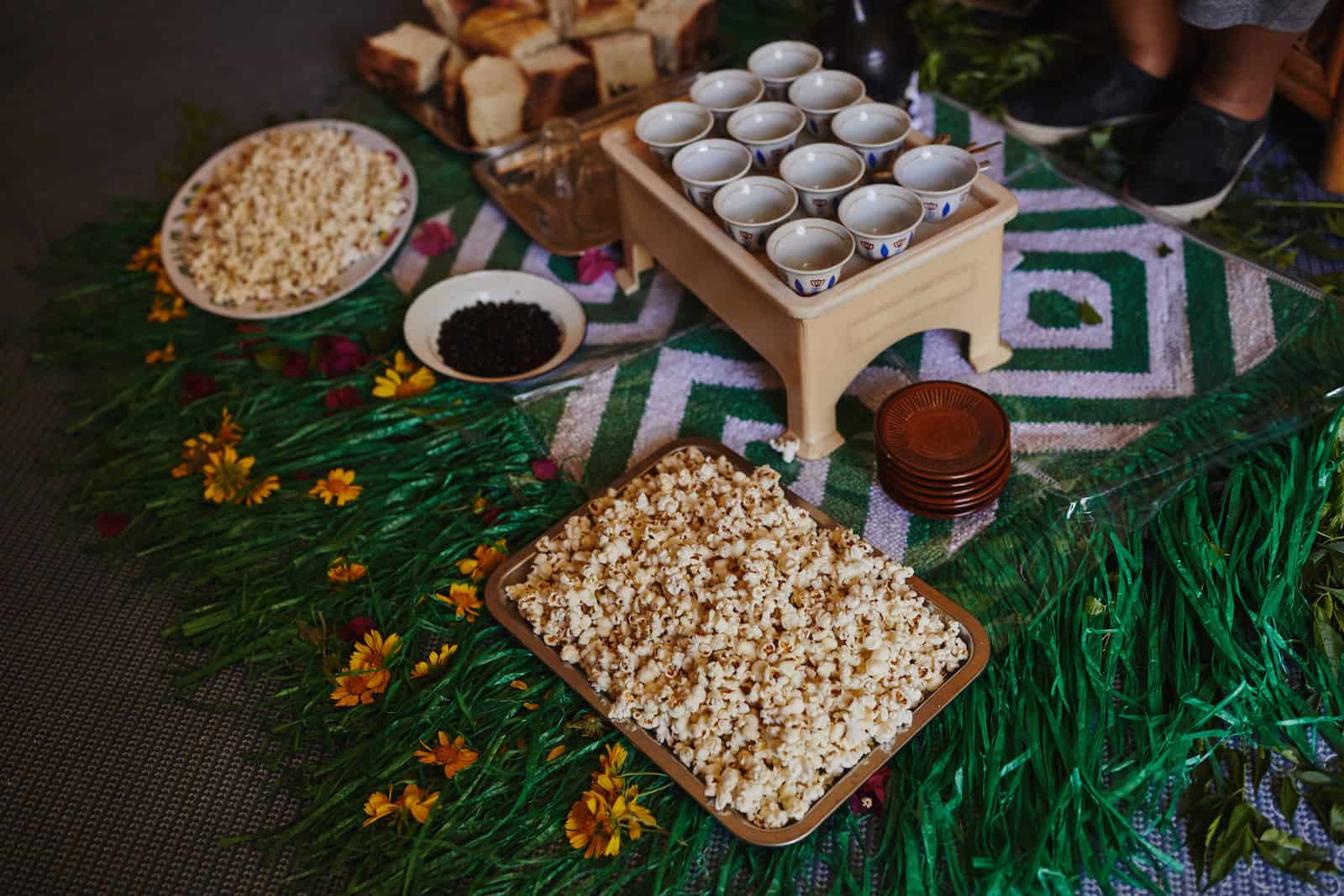 The jebena sits for about three minutes to let the powder settle at the bottom before the hostess pours the coffee into cups. The hostess prepares a beautiful setting for the coffee, often including grass, flowers, snacks and, of course, coffee. 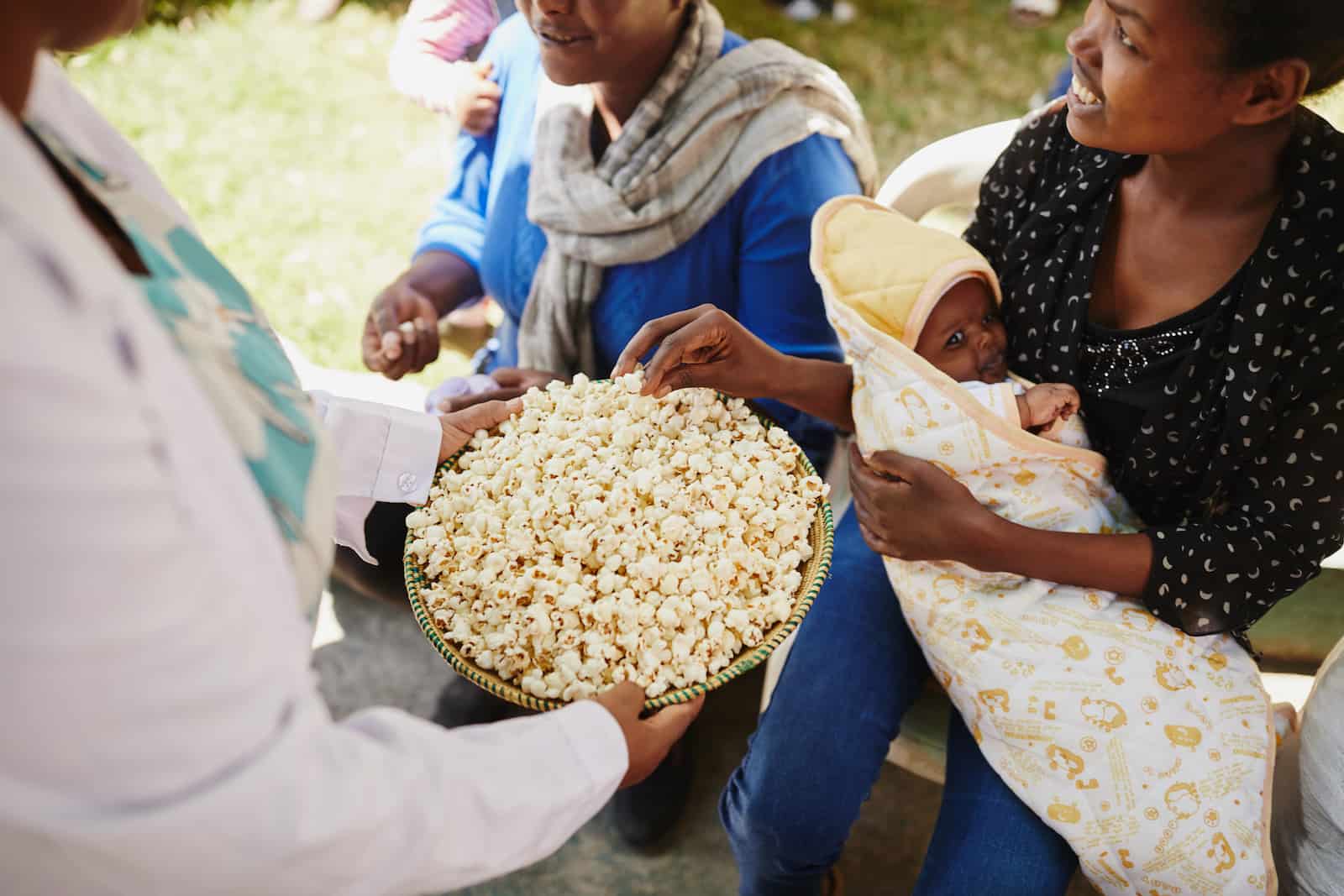 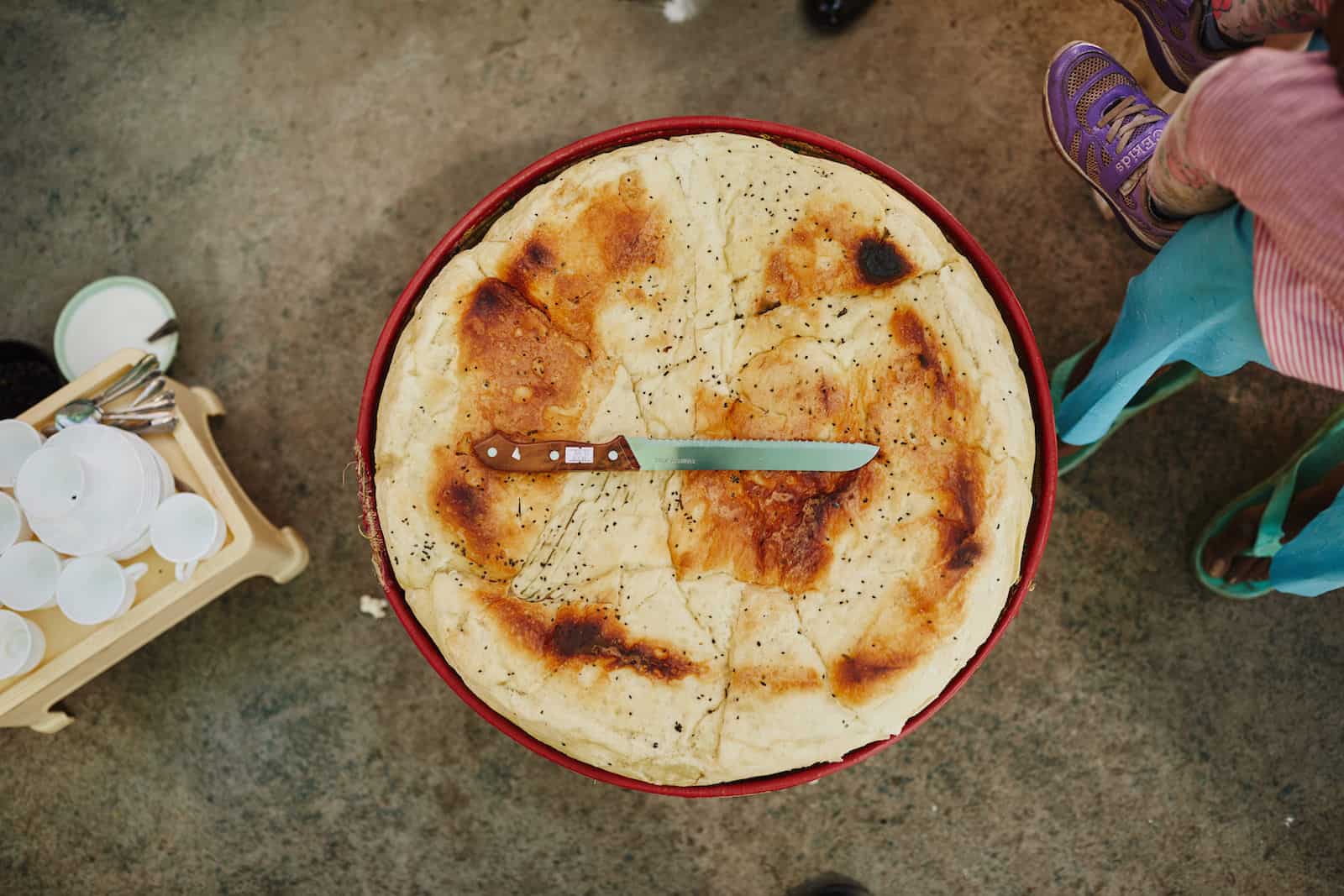 Guests are served popcorn, peanuts or traditional bread as a snack to accompany their coffee. The popcorn is sometimes tossed with a small amount of sugar. 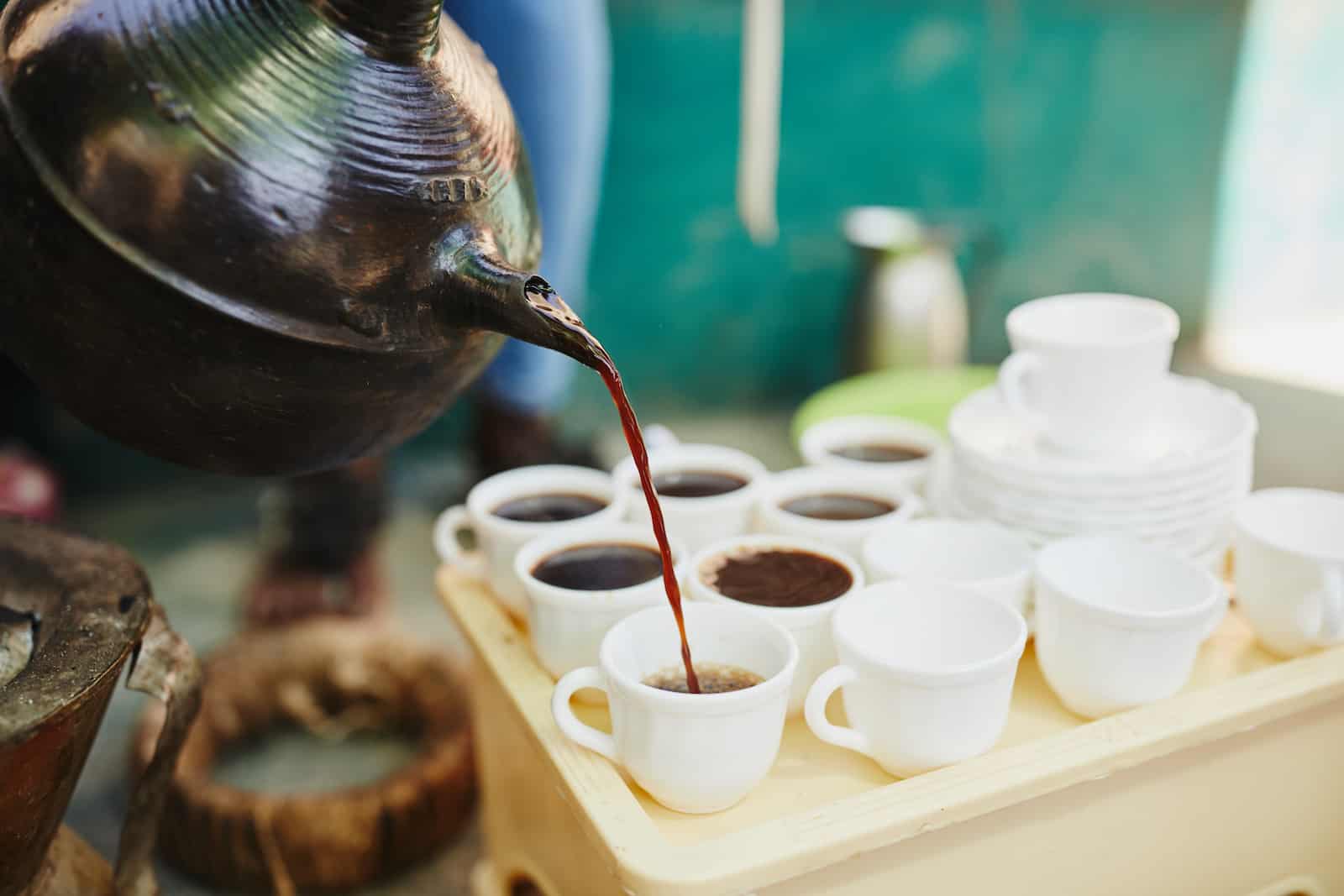 In Ethiopia, coffee is served in small cups in three rounds during a single ceremony. The first round is called abol. After abol is served, the second round is prepared by pouring water into the same jebena and boiling it again. This round of coffee is less concentrated and is called tona or huletegna. 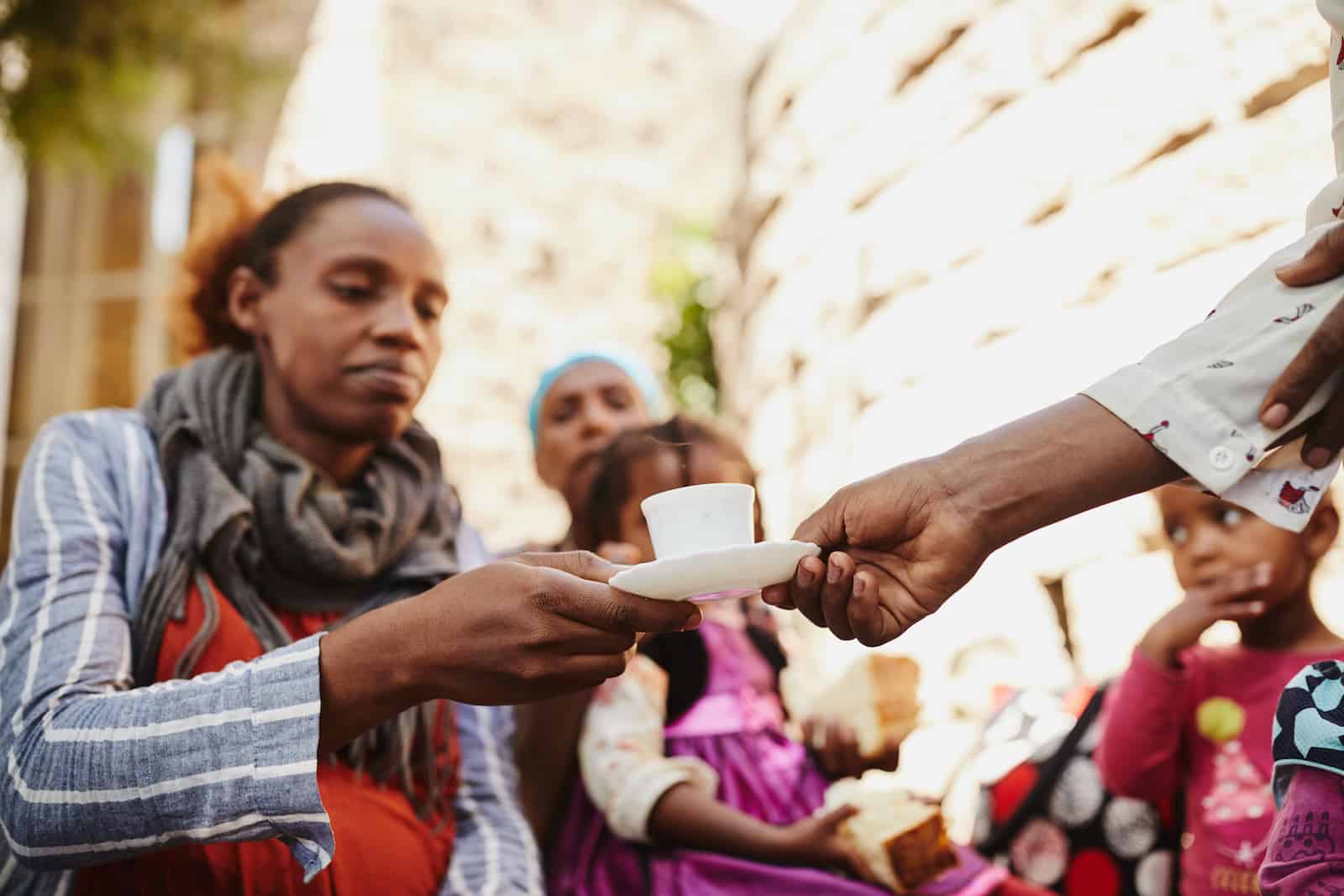 Finally, the third round is similarly prepared. This time the coffee will be much weaker, and can be served to children as well. This final round is called bereka or sostegna. 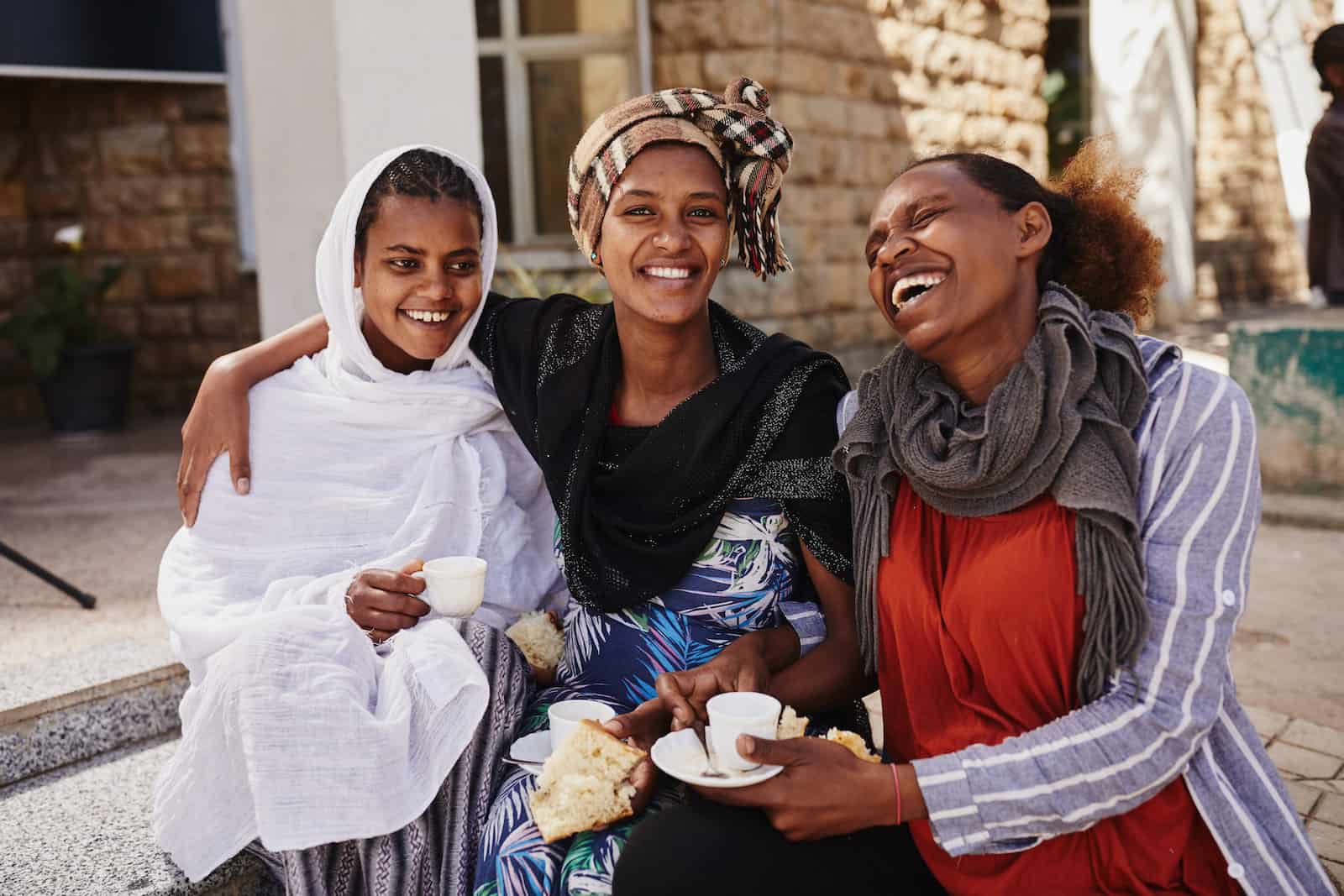 Finally, people enjoy a time of sharing and relaxing over a cup of coffee.

The Legend Behind Ethiopian Coffee 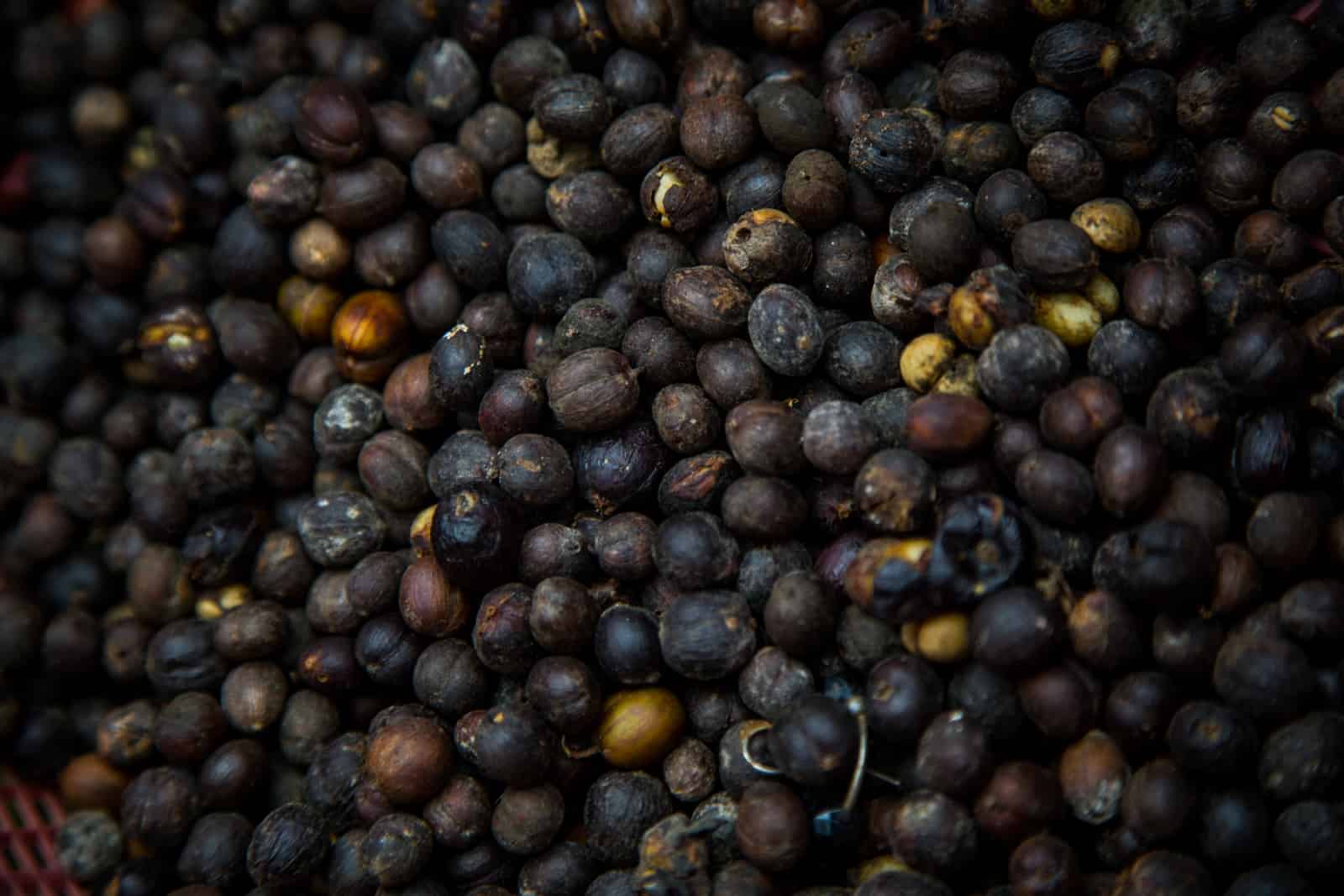 The coffee bean was first discovered in the Kaffa region of Ethiopia around A.D. 800. According to legend, a goat herder named Kaldi discovered the bean by way of his goats. When the goats ate the beans and leaves of the coffee tree they became hyperactive, which made Kaldi curious enough to try it himself.

Excited by the surge of energy the beans gave him, he took them to a nearby monastery to show the monks. However, instead of sharing in his joy, the monks rebuked Kaldi for bringing the evil stimulus and threw the beans into a burning fire.

As the beans started to burn, the monks enjoyed the aroma so much that they decided to forgive Kaldi and give the coffee beans a chance.

They soon discovered that by chewing the roasted beans before their nightly prayers, they were able to stay awake and alert. Some time later, they learned that the roasted bean could also be ground and brewed into a hot drink — and thus bunna (coffee) was born. 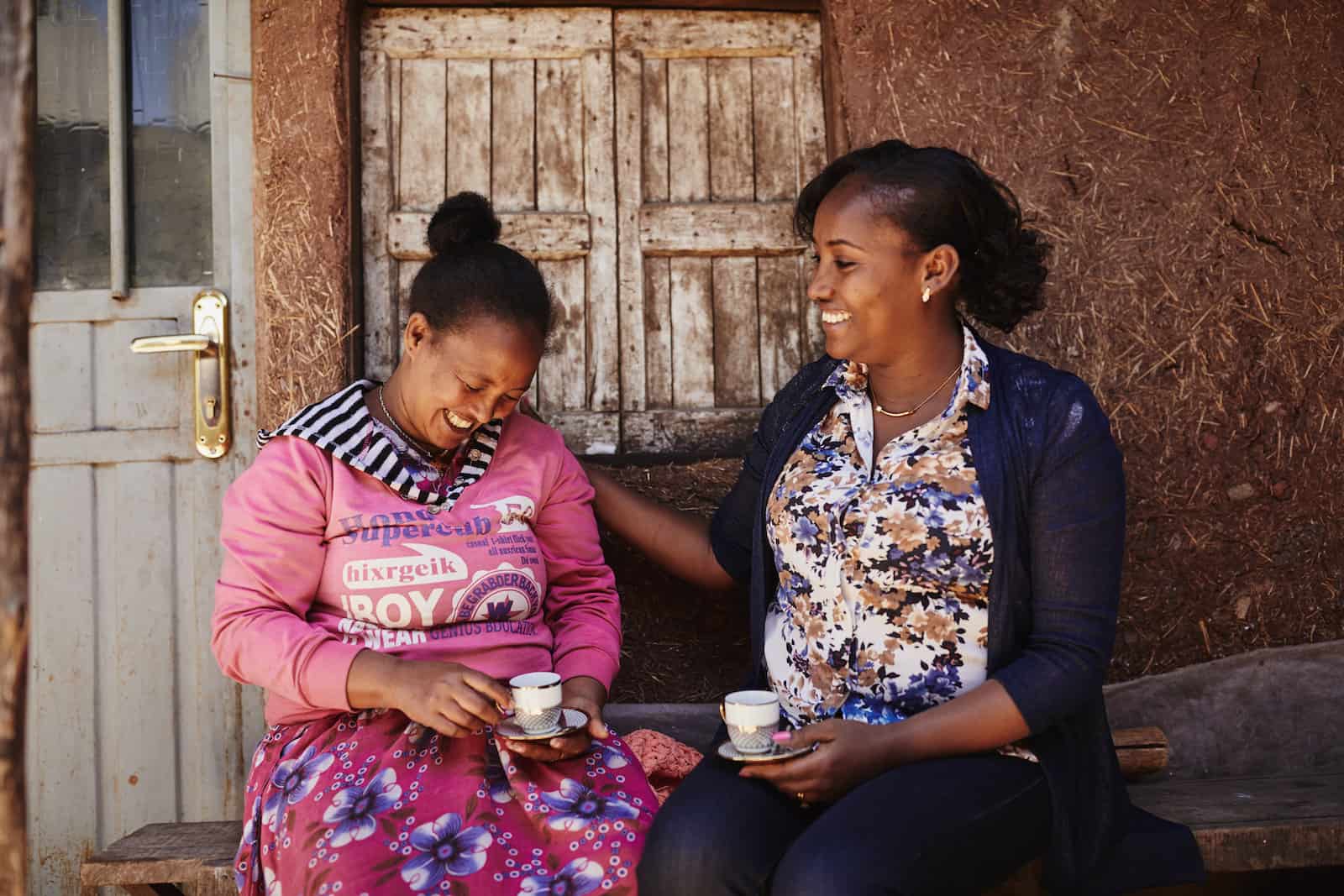 The Ethiopian coffee ceremony has become a key part of Compassion’s Survival Program in Ethiopia. The Survival Program helps pregnant and new moms living in poverty to access vital care in their babies’ most vulnerable years. The ceremony helps strengthen social ties and facilitate discussion among mothers. Mothers meet every week to learn the Bible, attend training, play with their children and discuss various issues.

One of the mothers is assigned to host each coffee ceremony. The ceremony is held at the child development centers once a month with all the mothers present, and once a week in the mothers’ homes during group meetings.

The coffee ceremony opens doors for many issues to come to light. Because the moms have all have passed through similar problems, they find it easy to discuss issues openly and share experiences. The ceremony also allows Survival workers to learn about the challenges the mothers face and to come up with solutions together.

The Survival Program, with a little help from coffee, is helping moms and babies in poverty to survive and thrive!

Photos by Ben Adams. A version of this article was originally published Jan 31, 2013. 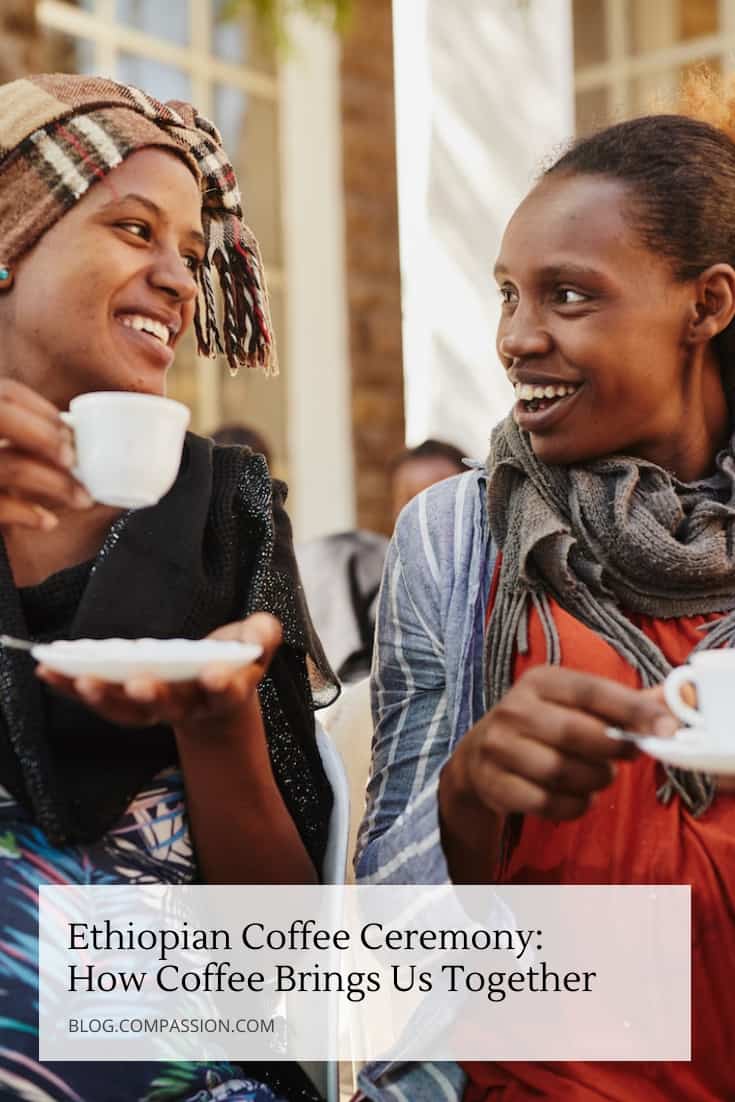 Prev Post:Compassion Graduate: From Shoeshiner to National DirectorNext Post:5 Free and Fun Family Activities to Do at Home