25 Years After Genocide in Rwanda: 3 Astonishing Stories of Forgiveness

It started on April 6, 1994. The Rwandan president’s plane was shot down, and Hutu militias heeded this as the call to begin their mission: to exterminate all Tutsis. For 100 days, these citizen militias shot and hacked their way across the country. They killed more than 800,000 people. 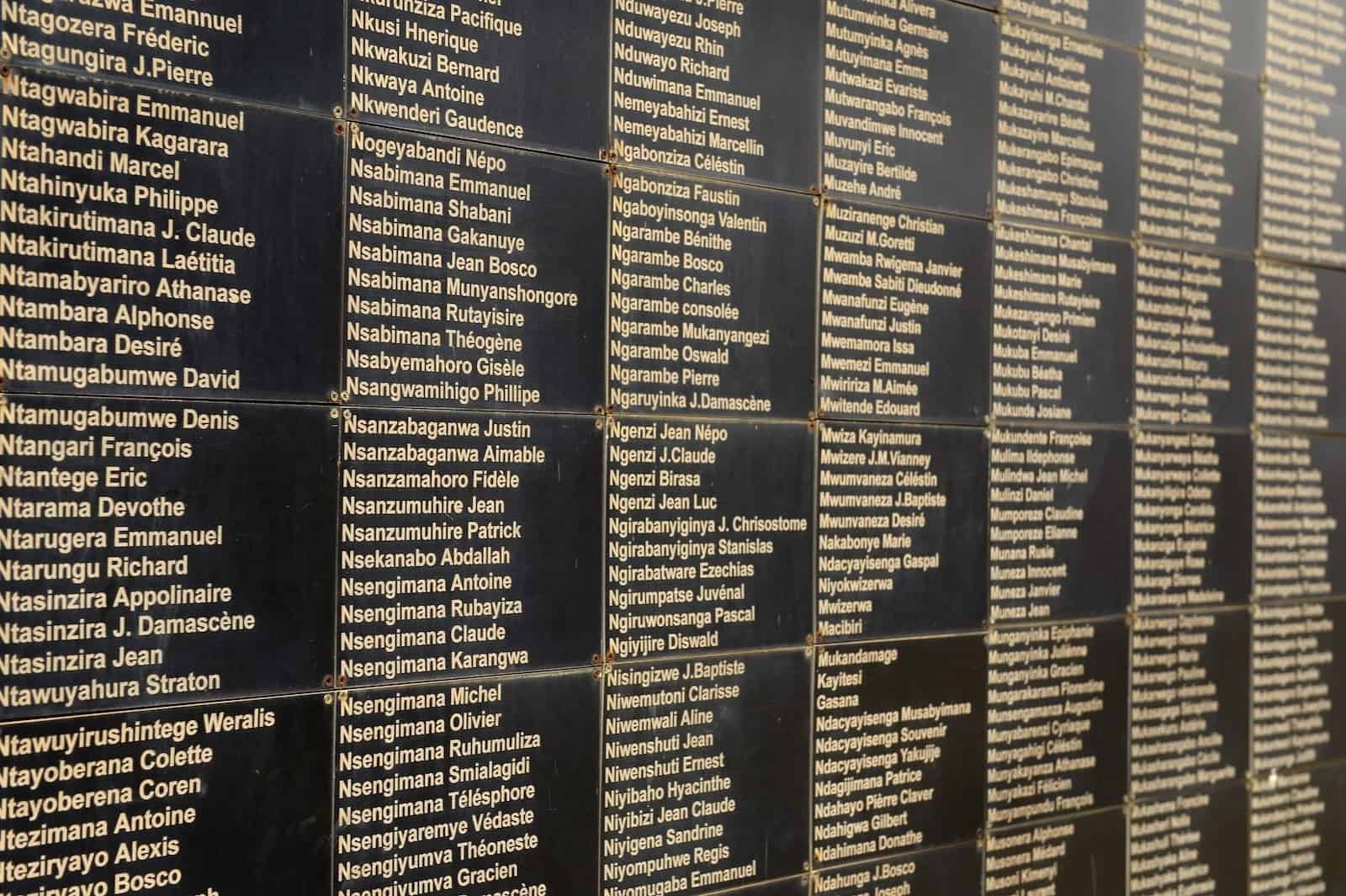 It’s been 25 years since the genocide against the Tutsi in Rwanda.

How does a country move forward from such trauma? Though the cruelty and pain of this tragic event are unimaginable, the Rwanda of today is unrecognizable from the horror of ’94.

Love has been on the move.

The people of Rwanda, many of them inspired by Jesus’ words, have been actively rebuilding trust and working toward reconciliation, one step at a time. We can learn much from these ordinary Rwandans whose wounds are slowly healing as they pursue radical forgiveness.

Meet three young people who witnessed the genocide as children but have chosen the path of love and forgiveness to heal their country. 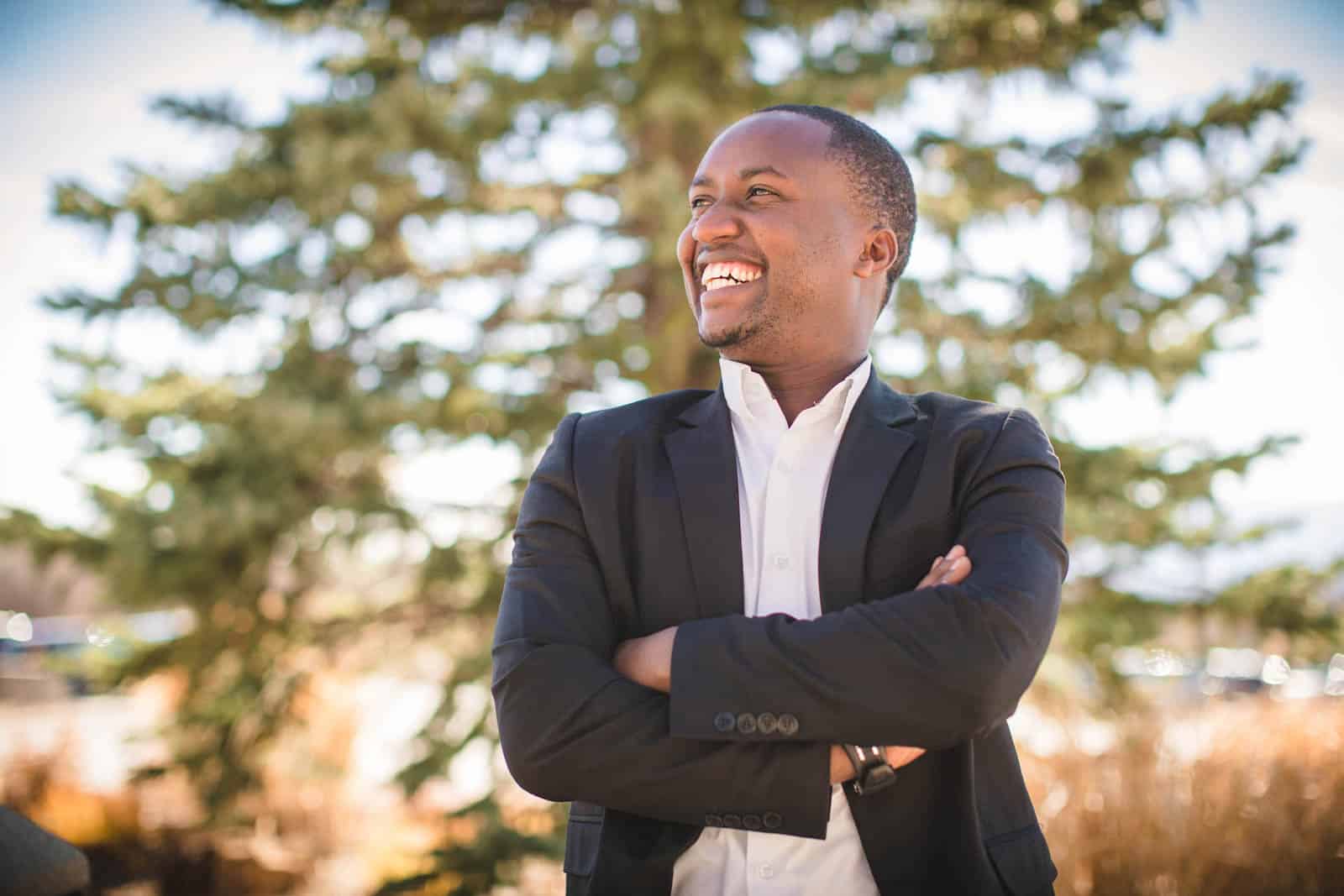 When Jean Claude was a young boy in Rwanda, he joined Compassion’s program. He still remembers the lessons he learned.

“They taught us about hope at Compassion. They used to tell us, ‘Even if you were born poor, Jesus loves you. Jesus has a good plan for you.”

But when he was 11, the genocide against the Tutsi began. Jean Claude witnessed what no boy should ever witness.

“The Hutus killed the Tutsis. But Hutus were not people who came from other countries or from far away. They were our neighbors. They were our friends.”

Tragically, as he hid in the bushes, Jean Claude watched as neighbors tortured, mutilated and murdered his father. He also witnessed as men murdered his sister, aunts and uncles. His mother was beaten, but not killed. She has lived with a mental disability from the trauma of the event from that day on.

After the genocide, Jean Claude wondered how to move on.

When Compassion’s program began again, it was difficult for the children to gather together. So many were gone. Others were the children of perpetrators. Jean Claude wondered how he could associate with those whose parents participated in the genocide.

But the workers at the Compassion center persevered in teaching the children about love and forgiveness.

“I learned love from Compassion. Love. Love. Love. It’s a word taught every time in the Compassion program. ‘Love each other as God loves everyone and decided to give His own Son.'”

Eventually, Jean Claude came to know Jesus and made the choice to forgive those who murdered his family.

But his forgiveness went beyond just words. 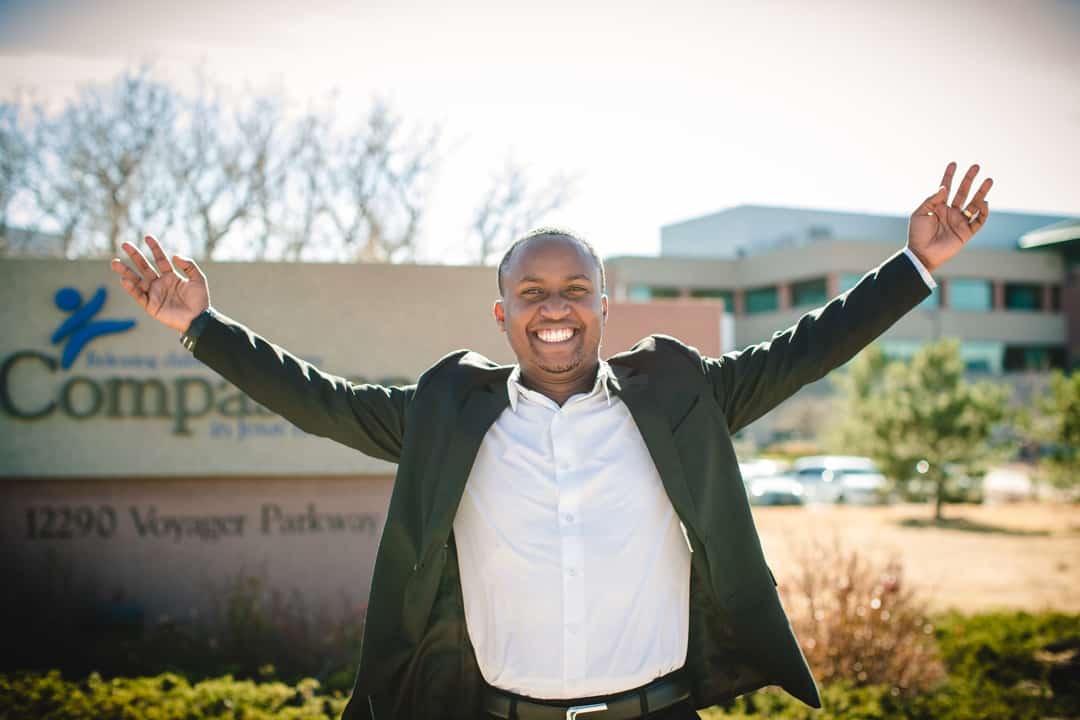 Jean Claude graduated from school and started a nonprofit called Best Family Rwanda to help poor and orphaned children. He made the conscious decision to help both Hutu and Tutsi children. Amazingly, he chose to sponsor the child of his father’s murderer.

“Most of the children are Hutu, from the families who committed the genocide. If I could not forgive, I would say, ‘No, I only will help Tutsi, only genocide survivors.’

“But I had one child sponsored in my organization whose father was in the group that killed my father. They were neighbors. After the genocide, the father was imprisoned for his crime. So when I was selecting children to help, I said, ‘Bring his orphan. He doesn’t have a father.’ That is forgiveness.”

Now, Jean Claude has a relationship with the son of his father’s murderer. He loves him and cares for his needs. Jean Claude’s act of radical forgiveness displays the power of God to utterly transform hearts.

Christine, Child Protection Officer With Save the Children 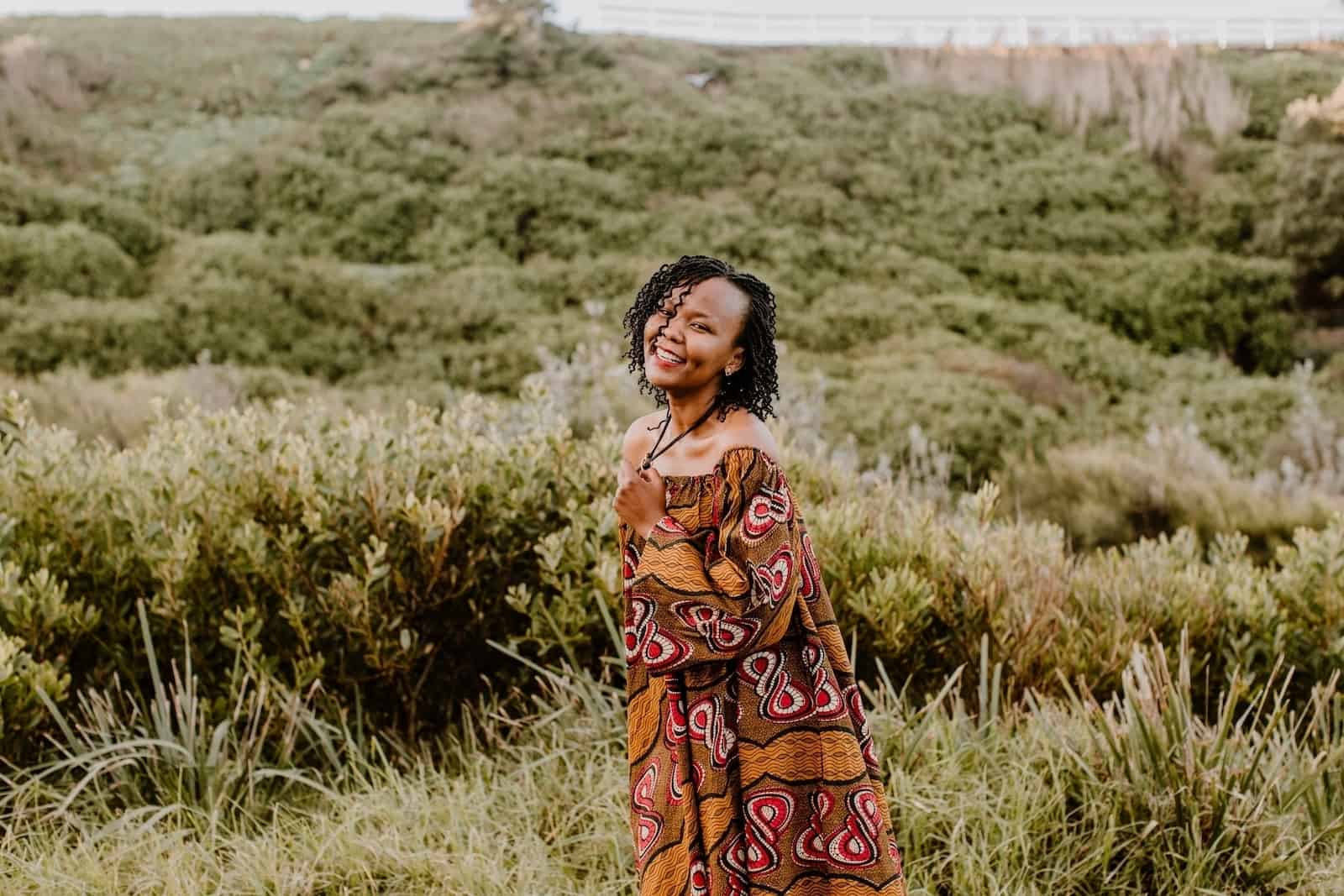 Christine was 4 years old when she lost both of her parents in the genocide against the Tutsi. The last moments shared with her mother were spent hiding from the militias for two weeks straight. Christine vividly remembers her mother hoisting her on her back and running, panicked.

She remembers the killers closing in. Her mother lowered her down, pleading: “Christine, run free!” Christine froze and watched her mother beg for her life before a man shot her in the head. Her aunt scooped Christine up, and they escaped.

From that day on, Christine and her siblings were raised by her aunt and grandparents. Life was dark in those times. But at age 5, Christine joined Compassion’s program — an event that would infuse new hope into her life.

“Compassion changed my life,” she says. “Being enrolled helped me go to school, gave me food for my family to eat.”

Even so, it was hard to heal from all she witnessed. For years, Christine kept hatred in her heart for the people who murdered her parents. But as a teenager, Christine accepted Jesus in her heart. And she decided — by God’s grace — to forgive.

She learned to give her hatred to the God who makes beautiful things out of dust. 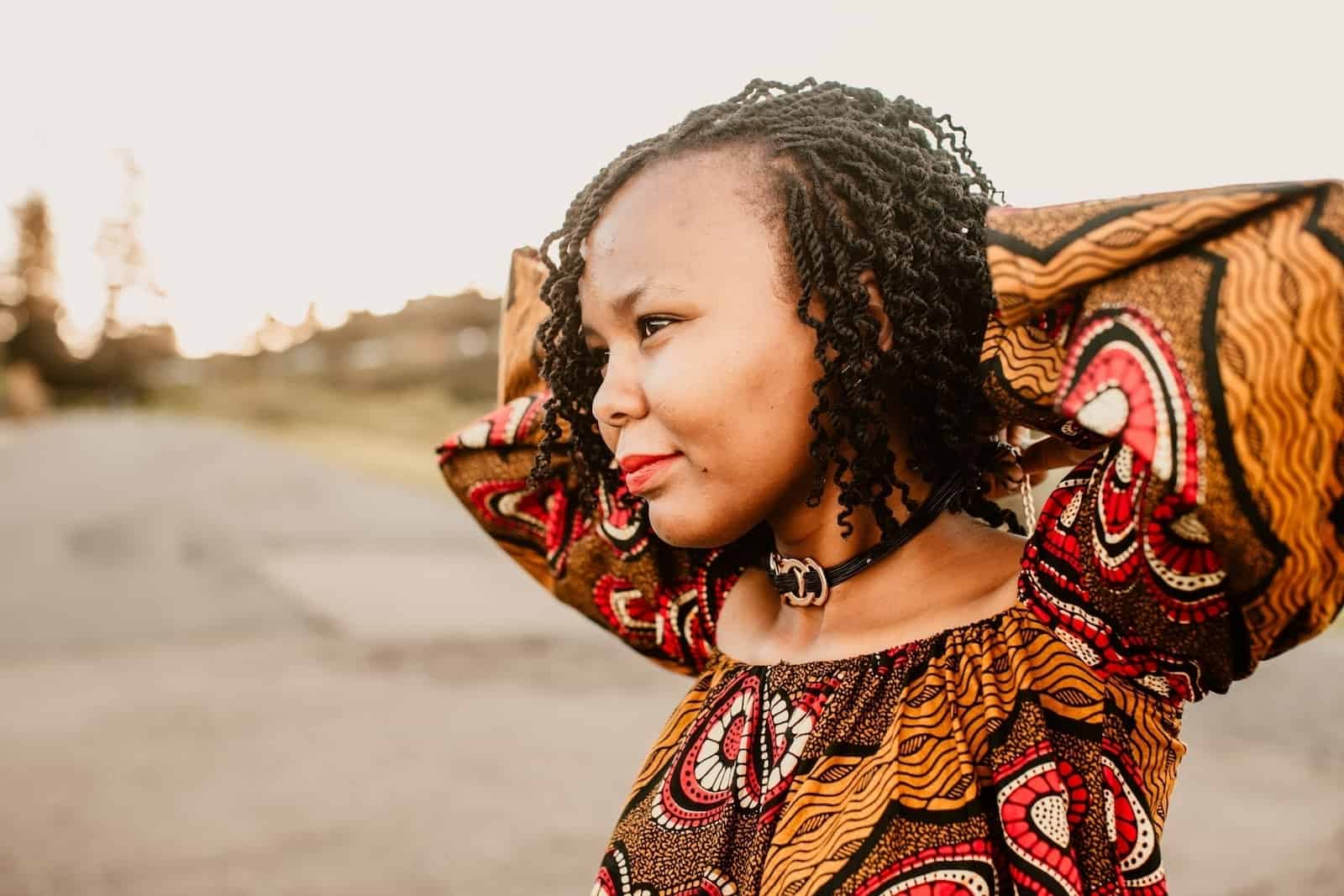 As she grew, Christine’s aspiration became to change the tide of society around her. To forgive and move forward into a life of radical reconciliation powered by her consistent love for others.

Christine excelled in her studies and went on to study political science at Rwanda National University. After graduating, she worked at the Rwandan parliament in the Senate.

Today, she is a Child Protection Officer with Save the Children International.

“My life would be a lot different if I did not have Compassion,” says Christine. “I have grown in Christ through Compassion. Today, I’m able to give back to my country. Helping people in need is what I love to do. I would like to be a servant leader as Jesus was. I have a dream of one day being the Minister for Human Rights.”

Rather than allowing hate to fester in her heart, Christine is freely giving love to the vulnerable children in her community. Jesus’ love, rather than hate, drives her life.

Methode is quiet, contemplative and kindhearted. But after all he lost in the genocide, he was seething in bitterness and rage, wanting only revenge.

“My father was shot in the church and he died. My mom was hit by a machete and died in the hills. My brother also died out there in the hills. Two of my other siblings were also killed.” 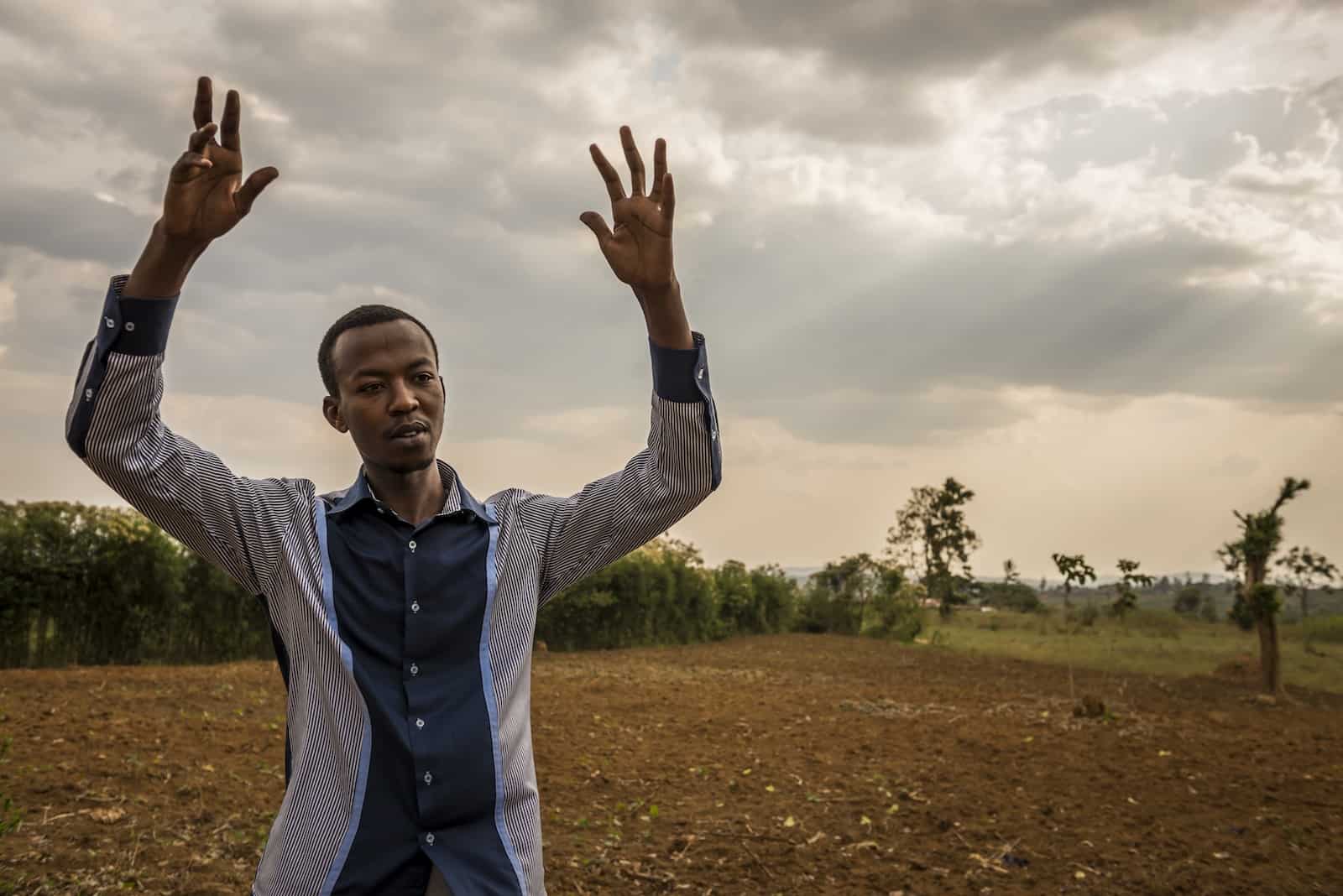 Methode recounts the incidents of the genocide near his childhood home.

“I wanted to be a soldier when I grew up, so I could kill them all.”

Methode started a hit list of all the people he planned to kill when he grew up.

But with the help of trauma counseling he received through the Compassion program at his local church, Methode was able to slowly process all that had happened to him. With time, he took the painful but healing steps toward forgiveness. He discarded the list of those he wanted to kill and instead chose to forgive.

Methode is now a successful business owner in Rwanda’s tourism industry. As he strives to understand God’s love for him, he extends love to those he once hated.

He hires Hutus — once his sworn enemies — to work for him. Watch Methode’s full story. 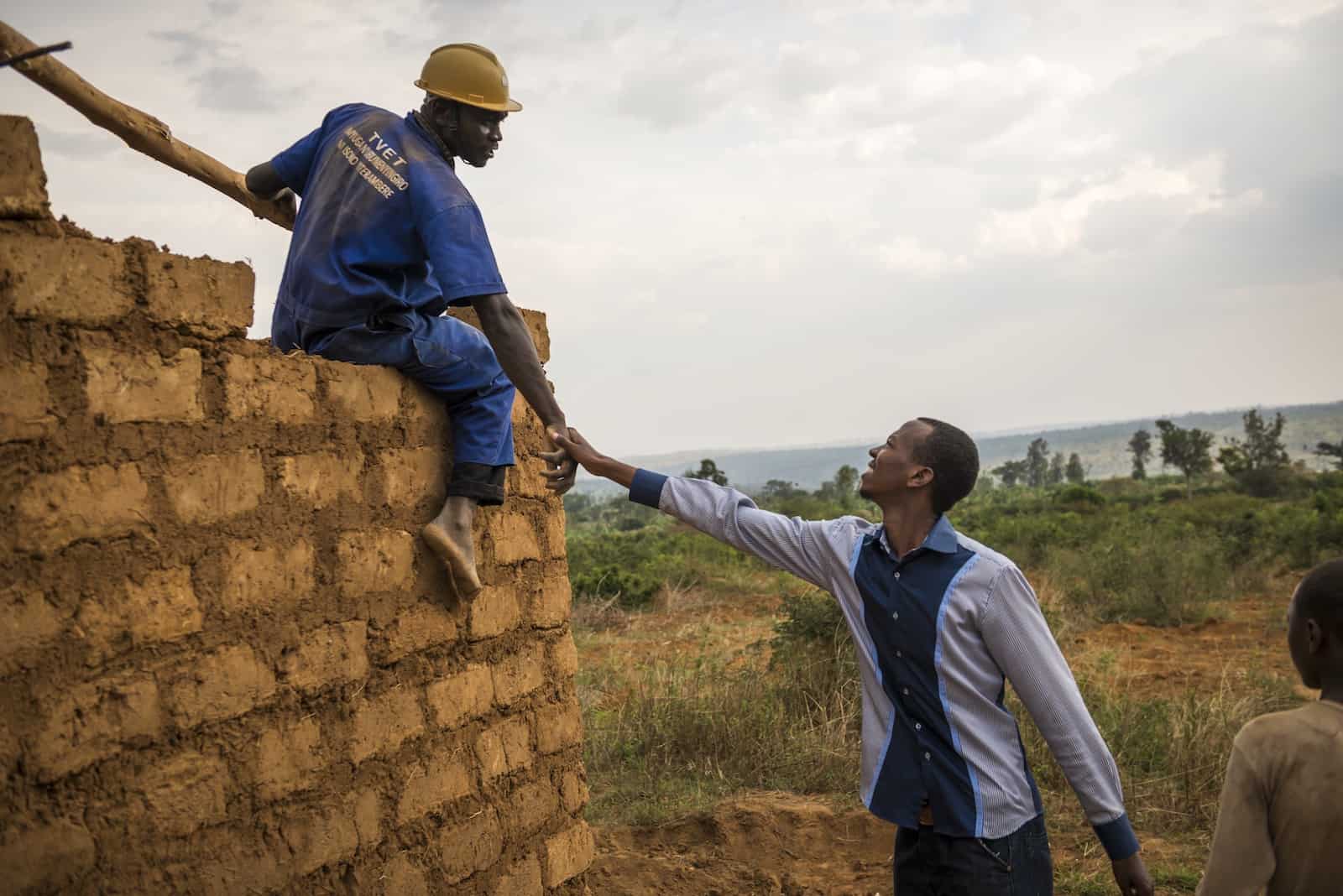 Methode shakes hands with one of his workers, harboring love, not hate, in his heart for Hutus.

Today, there are countless Rwandans with stories similar to those of Jean Claude, Christine and Methode.

They are making deliberate decisions to forgive and help create beauty out of brokenness. They are examples of how the love of Jesus can transform hearts and lives. Through the support of their local church and Compassion family, these peacemakers are making sure love, not hate, rules their country. 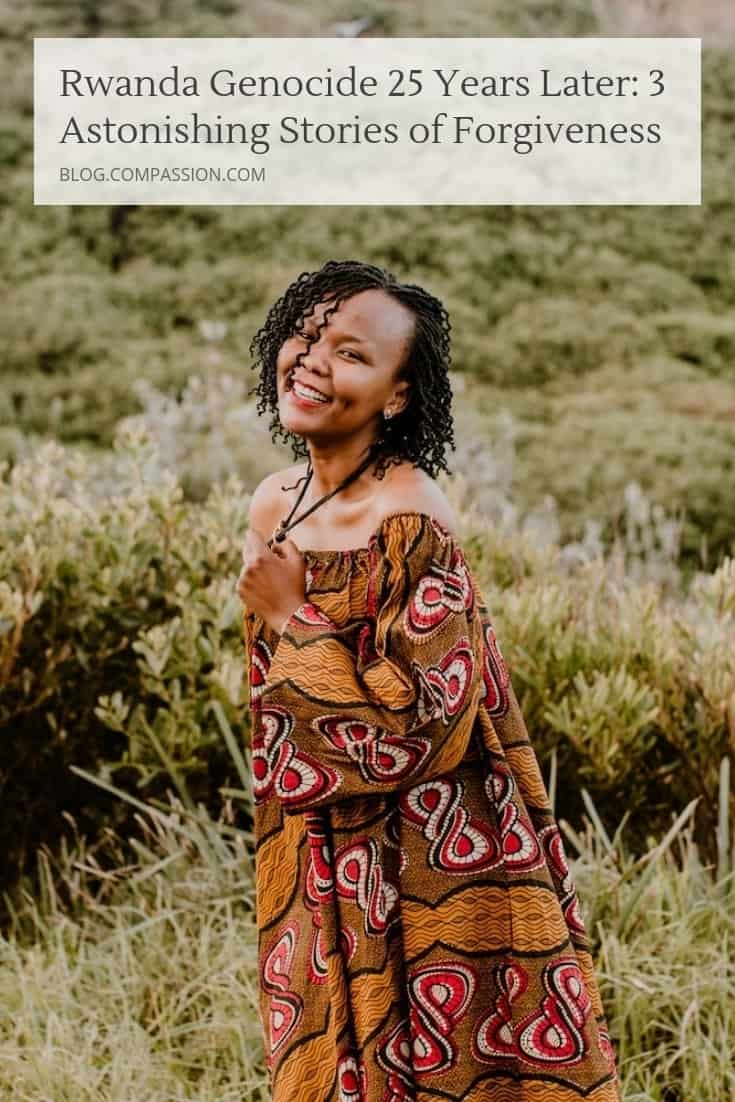 Laura is a writer for Compassion Canada.

Prev Post:Venezuela Economic Crisis: How “The Poor” Are the RescuersNext Post:How Does Compassion Prevent Child Departures?