4 Prayers of Praise During a Pandemic 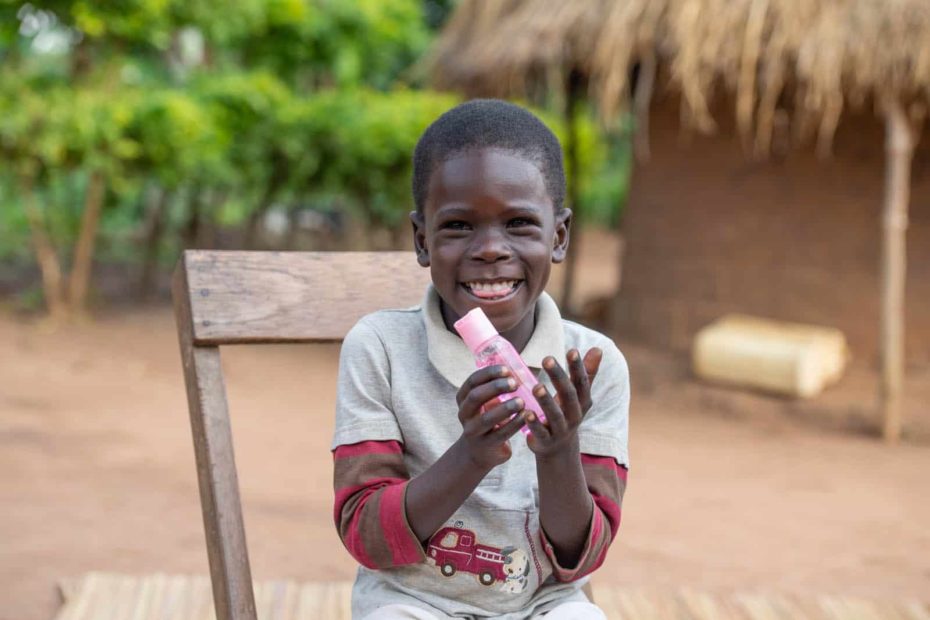 Over the past several months, we’ve asked you to join us in praying specifically for the children and families living in poverty who have been disproportionately affected by the COVID-19 pandemic. You answered. And so did God. Today, we want to lift up prayers of praise to our God who has answered our prayers — and who will never forget the hungry, the forgotten or the oppressed.

By: Katy Isaacson Categories: Crisis, Join the Cause

One Year After the Devastating Hurricane Matthew in Haiti 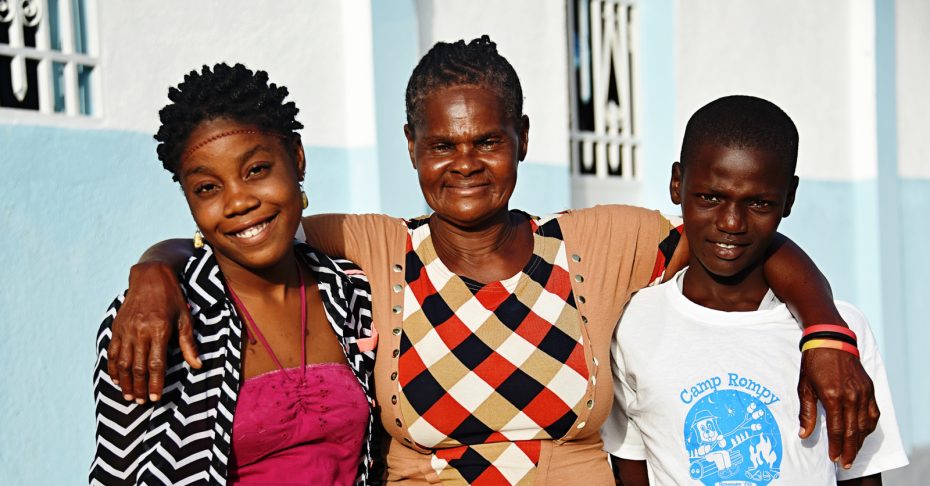 After Hurricane Matthew struck, supporters around the world responded, giving more than $2 million to help those whose homes and livelihoods were smashed. Here’s the amazing work that was done and families’ lives that were changed with those funds. 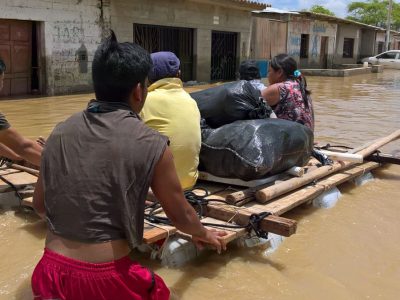 Flooding in Peru: I Never Lost My Hope

“I was very scared because the water grew very fast. I took nine children with me and their moms. We don’t know how to swim, so we climbed on the roofs, saving our children first. It was a desperate moment because the help didn’t arrive and our children were crying. But I never lost my hope because my Almighty God is faithful and I knew He would come to rescue us,” says Compassion tutor, Noemi. 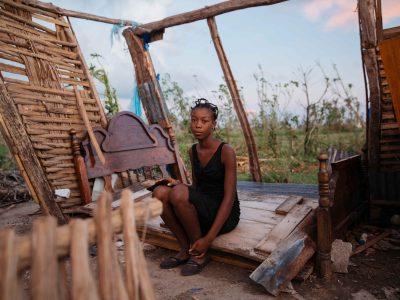 Hurricane Matthew in Haiti: We Are Here. We Survive.

Haiti, which has had its fair share of destruction from natural disasters, has been ravaged by Hurricane Matthew. Hear amazing stories of survival, learn about the ongoing recovery efforts, and learn how you can help bring restoration to the resilient survivors of Hurricane Matthew. 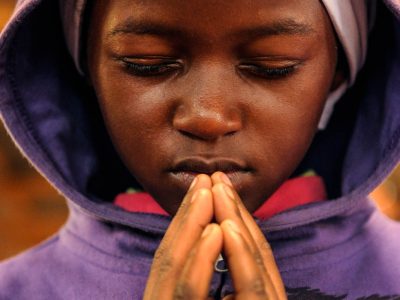 Totally Worth It: Some Peace for Our World

As your friend, we want to help ignite your compassion for kids, God’s church and those struggling under the weight of poverty around the world. So here in our second, monthly installment of Totally Worth It, we’ve got the happenings with Hurricane Matthew in Haiti and other noteworthy things that we hope will inspire you and fill your head and heart. We’re taking our cue from Nobel Peace Prize announcement today. With all the weight of the world’s hurt pushing down on us, we think we could all use more peace to lift us up. 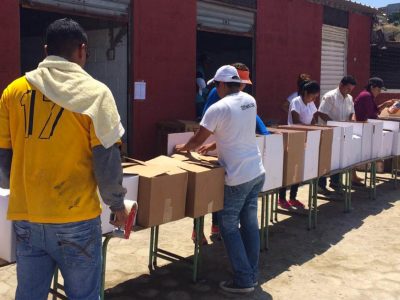 Compassion Ecuador staff and church partners are still working tirelessly to assess the full extent of the situation and damage of the April 16 earthquake. The immediate and long term needs are still great. 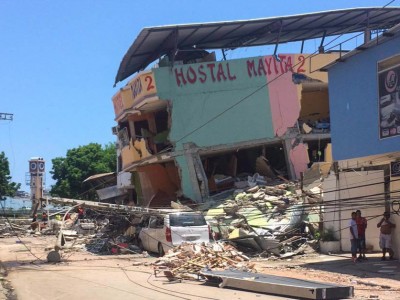 Ecuador Earthquake: What You Can Do

Over 13,000 Compassion-assisted Children live within a 30-mile radius of the epicenter of the devastating earthquake that struck Ecuador on Saturday night. The Compassion Ecuador staff and the staff of our local church partners are mobilizing to assess the needs of the children, families and communities we serve. 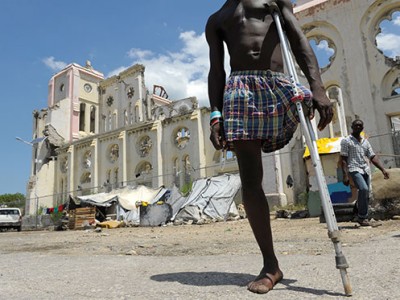 In the months and years following the devastating 2010 Haiti earthquake, generous sponsors and donors around the world gave more than $31 million toward our Disaster Relief Fund for recovery efforts. It was the largest sum ever raised for one of our disaster relief campaigns. This fund enabled us not only to deliver provisions immediately following the disaster – such as food, water and temporary shelter – but also to establish long-term recovery efforts such as post-traumatic camps and counseling services, entrepreneurial training, low-interest loans for businesses, and the construction of new school buildings. 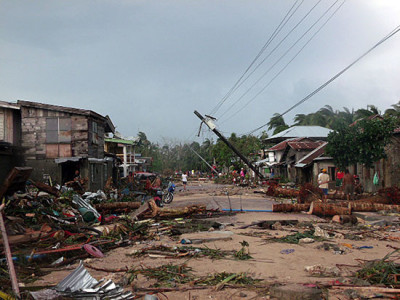 In the Philippines, tropical cyclones come and go frequently. The country is battered by an average of 9 typhoons a year; some don’t make international news, and those that do will have caused devastating destruction. Typhoon Hagupit (Ruby) hit the islands on December 6. And currently, it has affected 70 of our church partners and over 4,000 Compassion assisted children and their families. Damage is still being assessed and we will provide updates as news from our staff there becomes available. But a typhoon like this isn’t new to them. 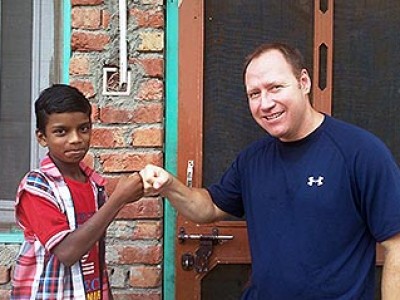 As the Complementary Interventions Strategy and Operations Manager, Derek Gordon is one of the people whom God is really using at Compassion through his wisdom, calling and commitment. 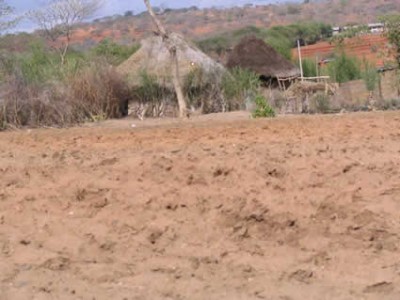 Drought in Africa: Where is Compassion?

You’ve watched as the crisis in East Africa has unfolded, you’ve been praying and now you’re ready to respond. Now the question is, “What is Compassion doing amid this crisis?”

Typhoon Ketsana, which struck the Philippines on September 26, damaged more than 1,500 homes of Compassion-assisted children and families, and nearly 20 student centers were affected by the storm.*

Ketsana hit the Philippines on a Saturday, the day when registered children gather at the student centers. But on September 26 not many arrived at Marikina Foursquare Student Center. Ketsana was already pounding hard.

However, some children did come.

Bernadette, the center director, fed them and instructed them to go home immediately. And as she planned to visit the homes of other children to give them some food because the floodwaters were rising fast, she was called by her own family. Her home was flooded too.

“What I have learned from this is not to look back on the possessions I lost, but rather focus on saving myself and my loved ones. On that day, I couldn’t attend to the needs of the children since my own home was in disarray.”

In the following days Bernadette reports that none of the children from her student center were hurt, although all of their homes were flooded, damaged in some way or destroyed completely.

The student center and its surrounding communities were completely submerged under water. And five days after the typhoon, homes and communities were still flooded, muddied, stinky and a mess.

Mirasol, a mother at the church, says,

“It is still a nightmare for me. I still vividly recall images of people being swept away by the water. I couldn’t sleep thinking that I was not able to help them as they were crying, as they were swept away towards the river. My child was crying the loudest, ‘Mother, Mother, the water is so high already!’”

Two of Mirasol’s children, Maribel and Dominic, are registered at the student center. They are safe but their home is still under water. Miguel, another child from the student center, says he was so afraid because he got separated from his father when his father took his mother to safety first, but could not come back for Miguel and his younger brother because of the dangerously strong current.

Miguel and his brother were rescued by a neighbor, also a Compassion parent, as the boys jumped from roof to roof. They were reunited with their parents the next day at the church, but their tiny home was washed away completely.

“I pounded on my heart in anguish, crying. I was thinking of my boys all the time. I didn’t know what to do. I tried to look for them several times. I even waded back and forth in the water calling out for my sons.”

But despite the situation he and his family now find themselves in, Miguel’s father says,

“I won’t complain because I still have what truly matters.”

*Editor’s note: In the wake of a disaster we contact each sponsor who has a child affected by that disaster. We do so once we receive details from the country office about the child. If your child was affected by either Typhoon Ketsana or Typhoon Parma, you will be contacted when we receive information about your child.