My first Sponsor Trip took me to the Dominican Republic in 2005, where I first met Denisse. She was about 5 years old and wrapped her oh-so-expressive self around my heart.

Our day together was enhanced by Lorena, who served as our translator. About mid-afternoon, the two of them took off down the beach to collect shells. I could have gone, of course, but chose to wait for them by the pool. I had a plan in mind for the time I would spend with Denisse when they returned.

They were gone longer than anticipated, and when they did appear, they walked right by to go wash the sand off of their feet and change clothes. No problem. But when they came out of the hotel they did not come back to rejoin me.

In fact, I did not see them again until after the official photo shoot of all sponsors and children. So there I stood in the crowd, no sponsored child with me. I was seriously disappointed and upset, and I told Lorena what I had had in mind for my time with Denisse.

I cooled off as we rode the bus back to Compassion’s office, but my real turning point came the next morning as I dressed for the day. I thought about how my plans had gone awry and how disappointed I had been — and God broke into my thoughts. 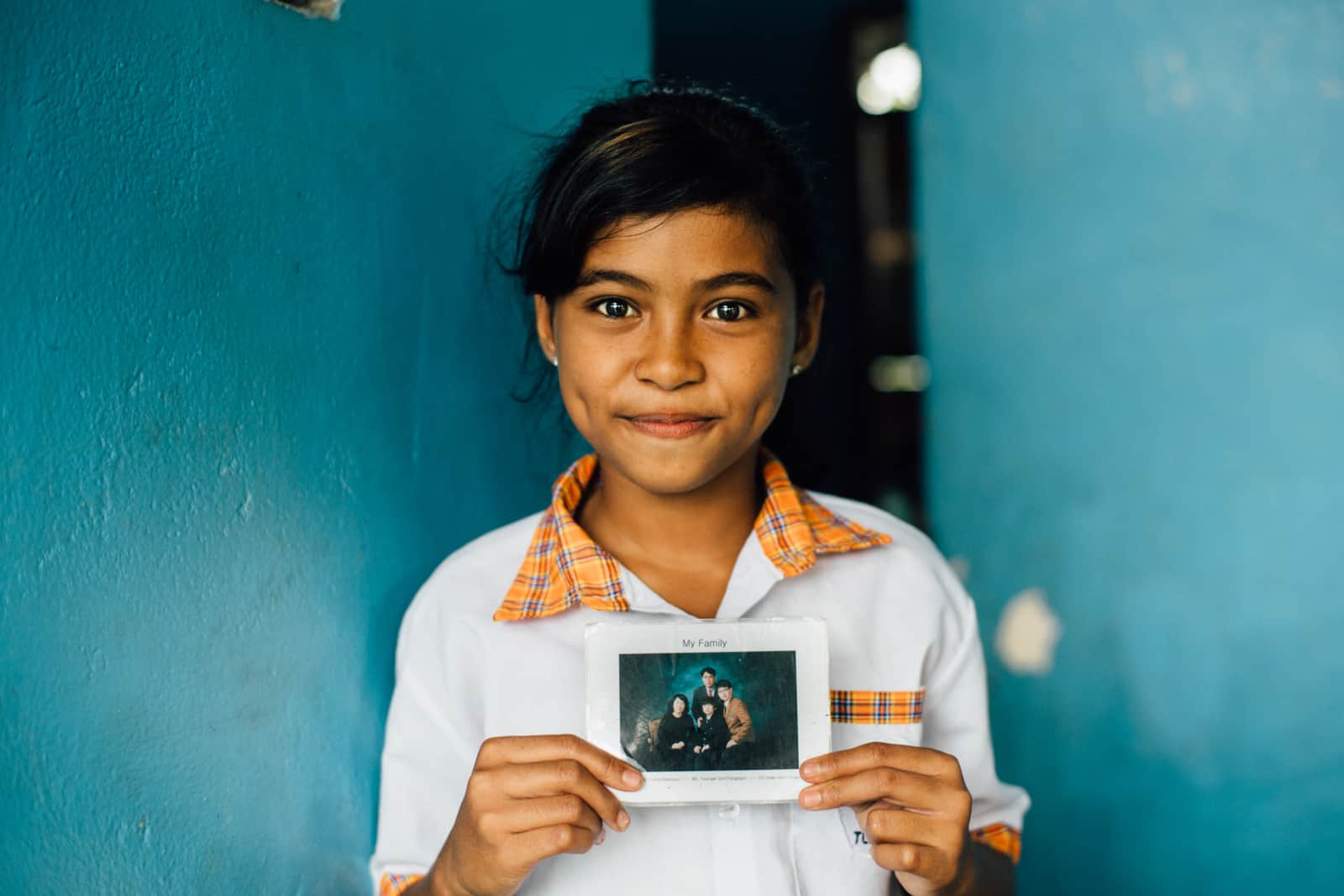 12-year-old Petrolince in Indonesia shows off a picture of her sponsors.

He helped me to see that Lorena and I had spent the whole day loving on this little girl and giving her a big boost, and that was the all-important point of the visit.

That was my first lesson under the heading, “It’s not about me.”

Yes, I had used my money and taken my time to go to meet her, but her need to know that I was real and that my love for her was real took precedence over my needs or wants.

On my next two visits to see Denisse, we were joined by Maria, another child I sponsor, who was also accompanied by her mom and a staff member from the child development center.

On both occasions, at times when the two girls were enjoying the pools, Maria’s mom talked to me about their situation at home. She was the one who cried on my shoulder the last time we said goodbye.

I felt more strongly than ever that I was sponsoring a family, and not only a child, and that sense strengthened my belief that I should know the details of their lives, as a family. 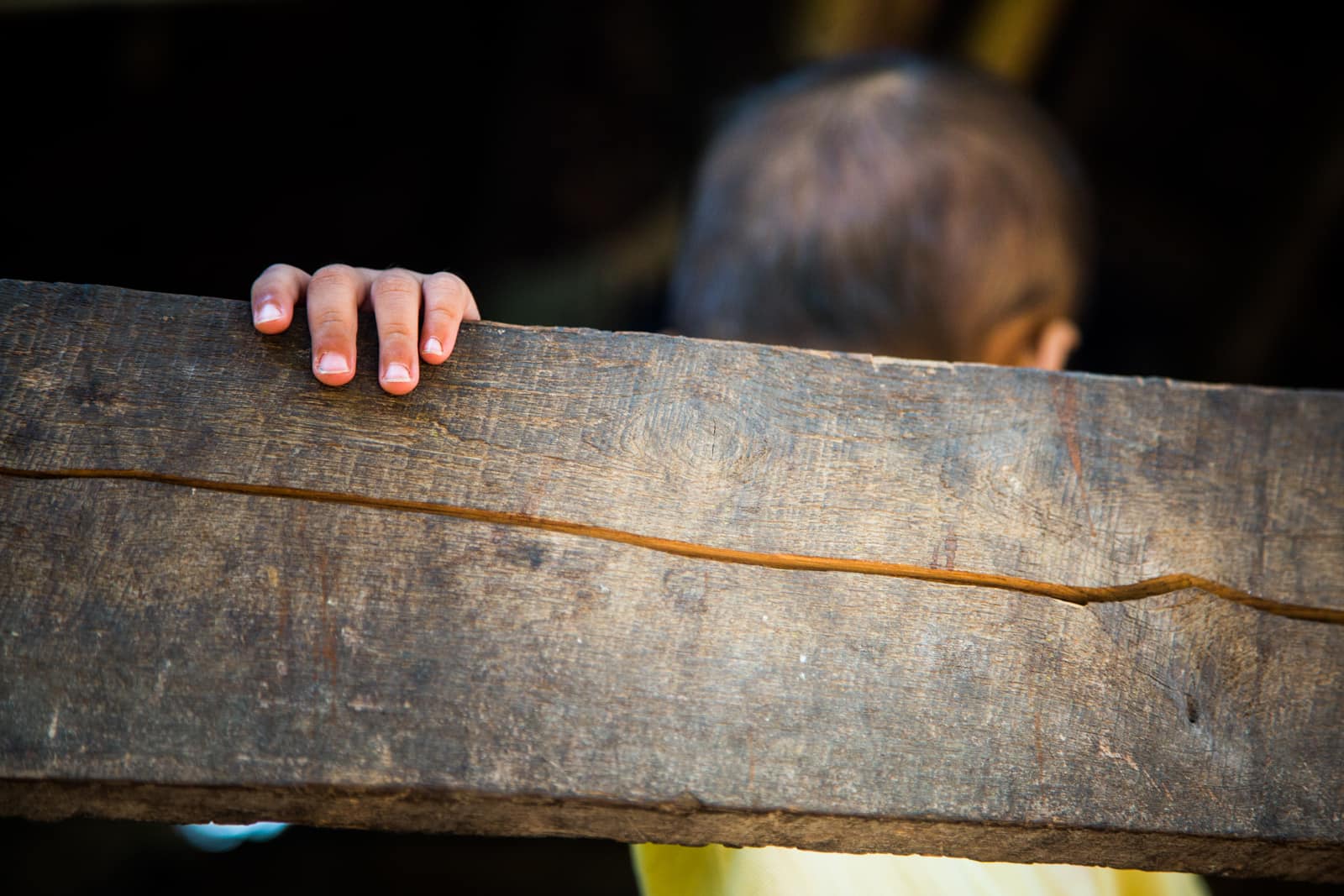 This year I got my second lesson on, “It’s not about me.” I learned from a center director that one of the girls I sponsor and her family were dealing with a crisis. I wanted full information … and I wanted it now!

I ranted, I raved, I begged and pleaded with Compassion to get me information and to get it quickly. This was a crisis.

And then I received a letter from the child. It was not an emotional letter; she wasn’t begging to come live with me or for me to come see her.

She wasn’t telling me how terrible things were. In fact, she told me that “our fight is not against flesh and blood!” Whether from her or from God, I heard “Back off!”

I wrote a letter thanking her for hers and apologizing for my emotional intrusions into her family’s private matters.

The question of whether it’s about us or about the children we sponsor has generated a lot of discussion, and some pretty strong disagreement. But let me tell you how my belief that sponsoring is not about me has been reinforced in an entirely different context. 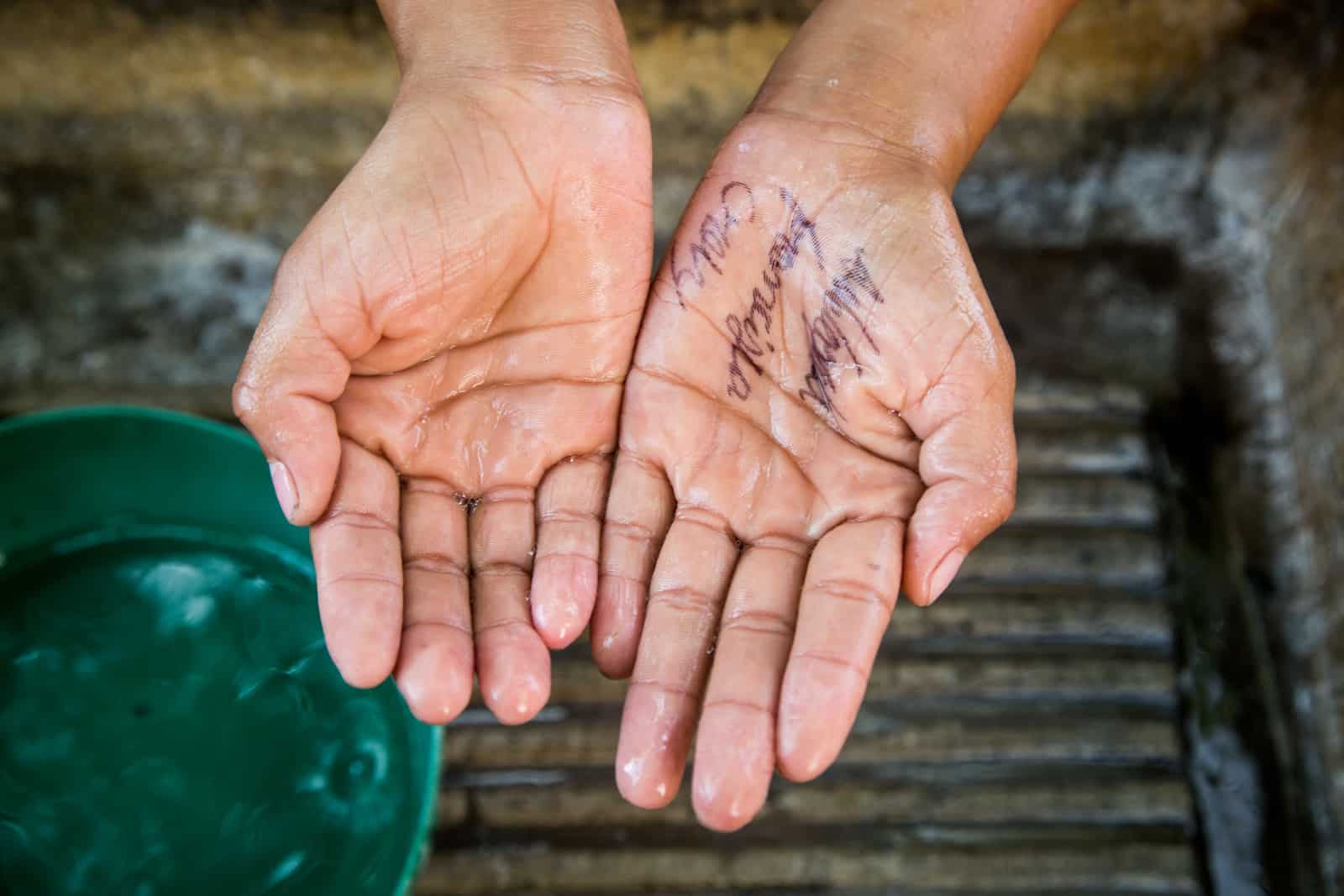 My husband and I recently helped my sister and niece move my mother into an Alzheimer’s facility. My mother was in an independent-living home for several years, in a one-bedroom apartment with a lovely view from her windows.

She had a refrigerator and a microwave and made breakfast for herself in the mornings. She had her TV, her computer and her privacy.

Except for some privacy, she has none of those things now, and she will eventually have a roommate. She is still incredibly angry, as we expected, exacerbated by the losses.

The night before we came home, she kept talking about all the things that she missed. I am not suggesting that her grieving the losses was unreasonable. But in her complaints, I heard a wake-up call: I need to hold the people, places and things that I love in an open palm, ready to let go whenever I need to do that.

I want to walk into heaven with empty hands and a joyful heart, missing nothing that I’ve left behind.

This lesson extends to the children I sponsor. Any of them might leave the program at any time; those who stay will eventually graduate. I might be able to stay in touch with one or two, but I must be prepared to let them get on with their lives.

I must be content to have been a part of their lives for a season, however long that season may last.

If you’re a part of a child’s life through sponsorship, take a moment to deepen that relationship by writing a letter to him or her today or consider taking a trip with us to meet him or her.

Vicki Small is a volunteer with Compassion. Together, she and her husband Bruce sponsor 17 children ranging in age from 8 to 20 years who live in 11 different countries.