How Life in Rural Togo Is About to Change

Golf pro Kevin Streelman spends his work days in crisp khakis on manicured green lawns. It is a world away from one of the inspirations for his work: rural Togo. 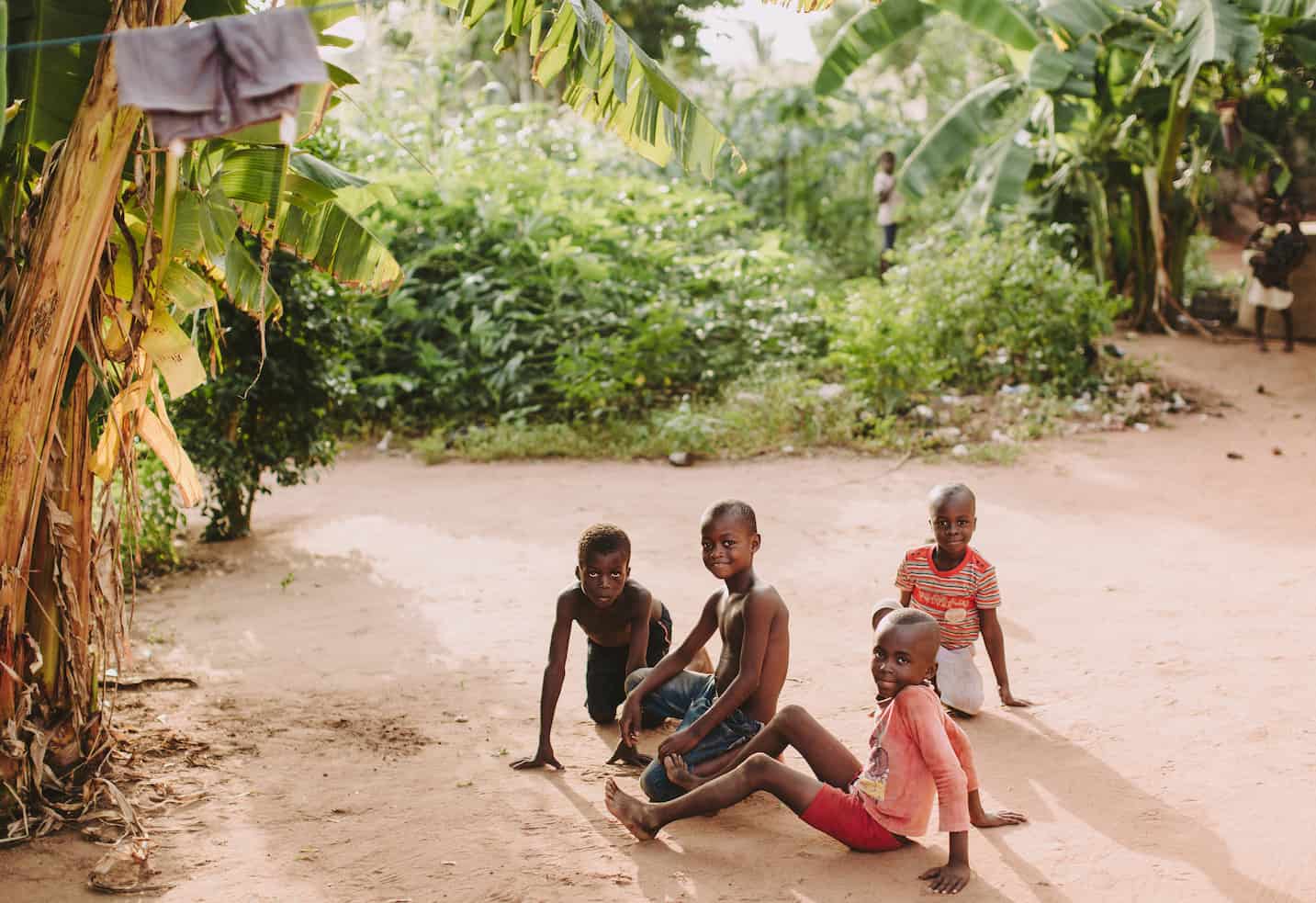 On the dirt roads of Kpeve, Togo, women in brightly patterned dresses stroll, carrying baskets on their heads and holding little ones by the hand. Groups of children laugh and run, playing marbles and soccer in the streets. Round mud homes with thatch roofs squat in clusters, people leaning against the walls for a break from the scorching sun.

Togo, a slip of a country in West Africa, nestles between Ghana and Benin. The people of Togo are reserved, but polite and kind. Most in Kpeve are farmers or animal herders. For their constant work under the hot sun, they earn less than 50 cents a day. Most adults are illiterate, never having made it past grade school. They have no other choice of profession.

The extreme poverty affects children the most. 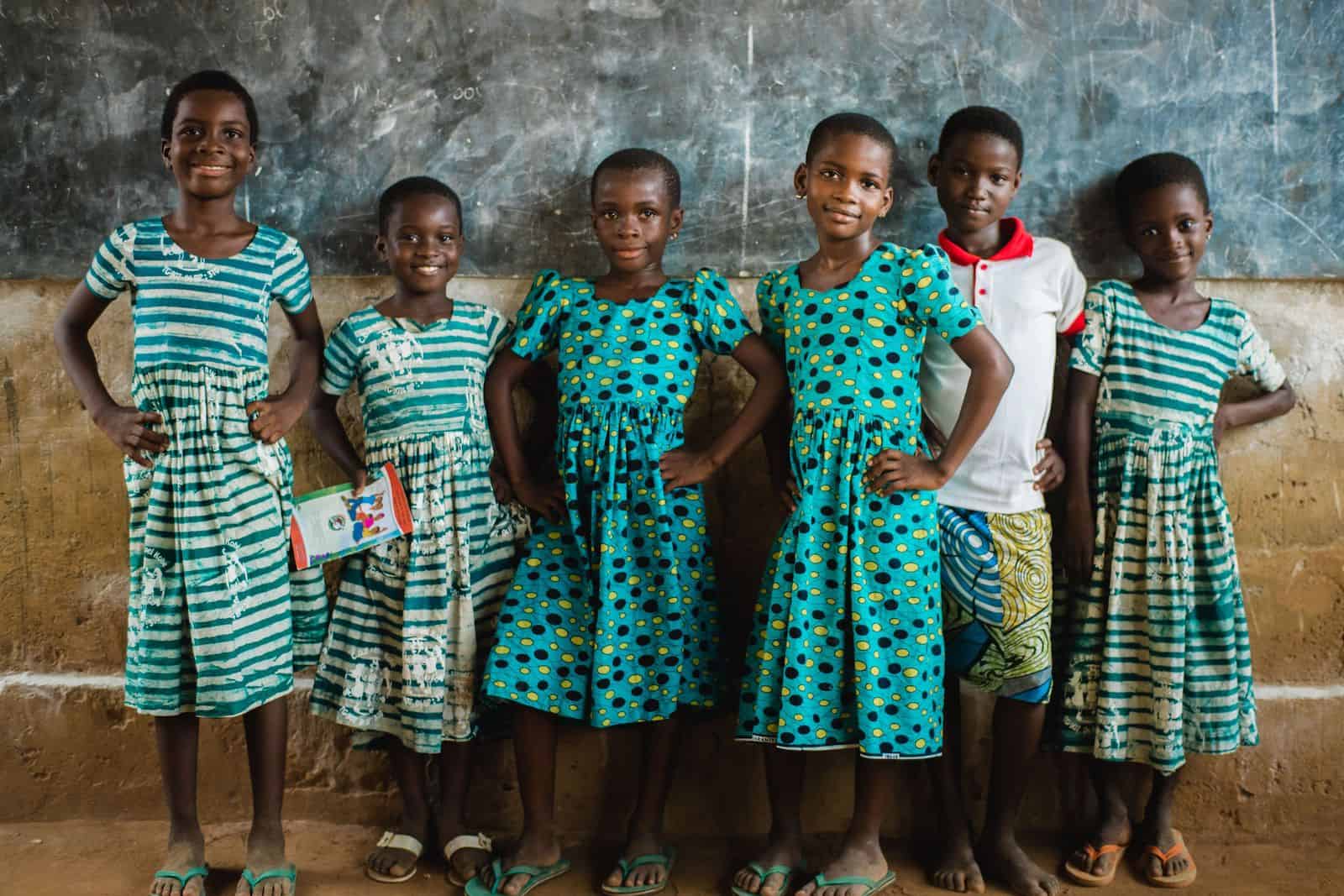 Child trafficking is one of the most devastating effects. Without enough food to go around, children become victims of human trafficking, sent to other countries to work. Often, they are abused and exploited. Polygamy is practiced, and girls in rural areas are sometimes forcibly married to older men. Others, facing few options, become prostitutes.

Malnutrition is also rampant. One in every three children in Togo will have stunted growth because of it. And the heartbreaking truth is that nearly one in every 10 children will die before they are 5 years old.

But these are not a people without hope.

At a local church in Kpeve, Togolese Christians are bringing the love and hope of Christ to their neighbors. The local church, whose name translates to “Light of Kpeve,” is dedicated to ministering to their community. But they have lacked the material resources to meet the immense physical needs that surround and sometimes seem to engulf them.

That’s where Streelman on his golf green comes in. 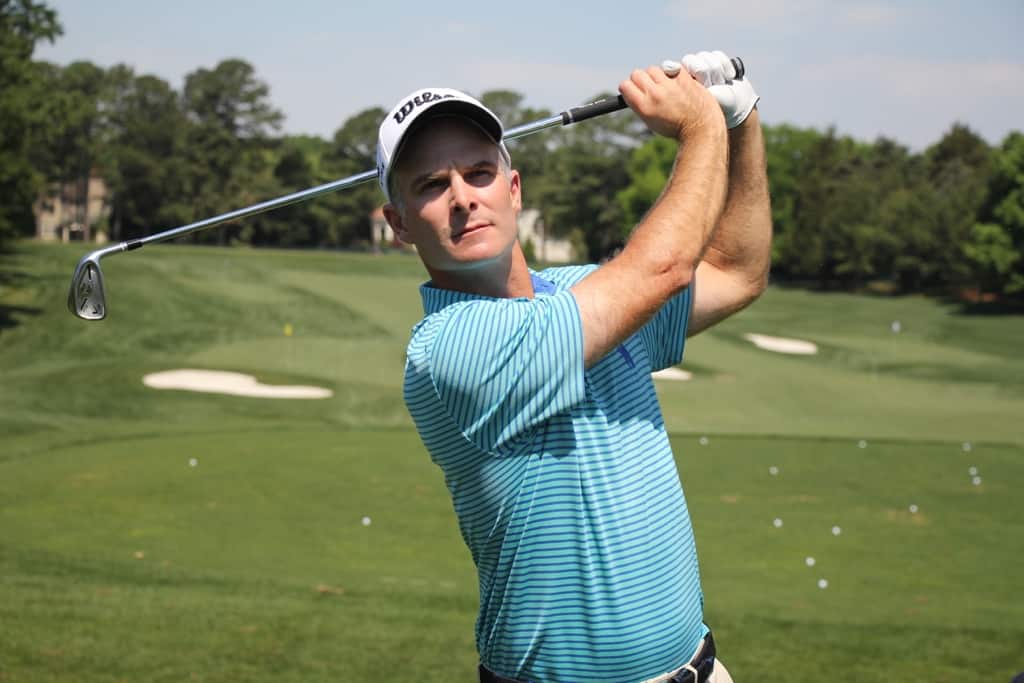 A two-time PGA Tour winner, Kevin Streelman is dedicated to bringing the love and hope of Jesus to others, just like these Togolese Christians. Although his favorite part of being a professional golfer is the competition — the adrenaline of “the hunt” when it’s down to just a few players — Streelman knows that this isn’t the most important part of what he does.

Streelman believes the most important thing he can do is to use his platform to bring glory to God. For years, Streelman has practiced this through GAMEDAY, a recurring event that allows young fans to interact with players on the PGA TOUR. His ultimate goal is to positively influence young people by sharing about his faith with them.

But Streelman felt God was vividly telling him to do more with his platform. When he learned through a contact about the vulnerability of children in Togo and how indigenous churches were responding, he decided to partner with these inspiring brothers and sisters in Christ. He and his wife, Courtney, decided to fund a child development center in rural Togo where children would receive support for education, health care and nutrition, while learning about the love of Jesus from local Christians.

And when the Streelmans saw the faces of the children who were being cared for because of their support, it changed something for them. Something clicked into place:

“A small thing that we did gave children a safe place to escape trafficking, a warm meal and a chance to hear about Jesus. That’s the most important thing we can do.”

The Streelmans decided to go even further. They started a campaign to raise $54,000 in order to build two more child development centers. These centers will help 400 children in Kpeve and a neighboring town.

And we’re so excited to announce that Kevin Streelman has met his goal!

Now, thanks to Streelman’s determination, his supporters’ generosity and the dedication of the local church, these 400 children will have a totally different future! 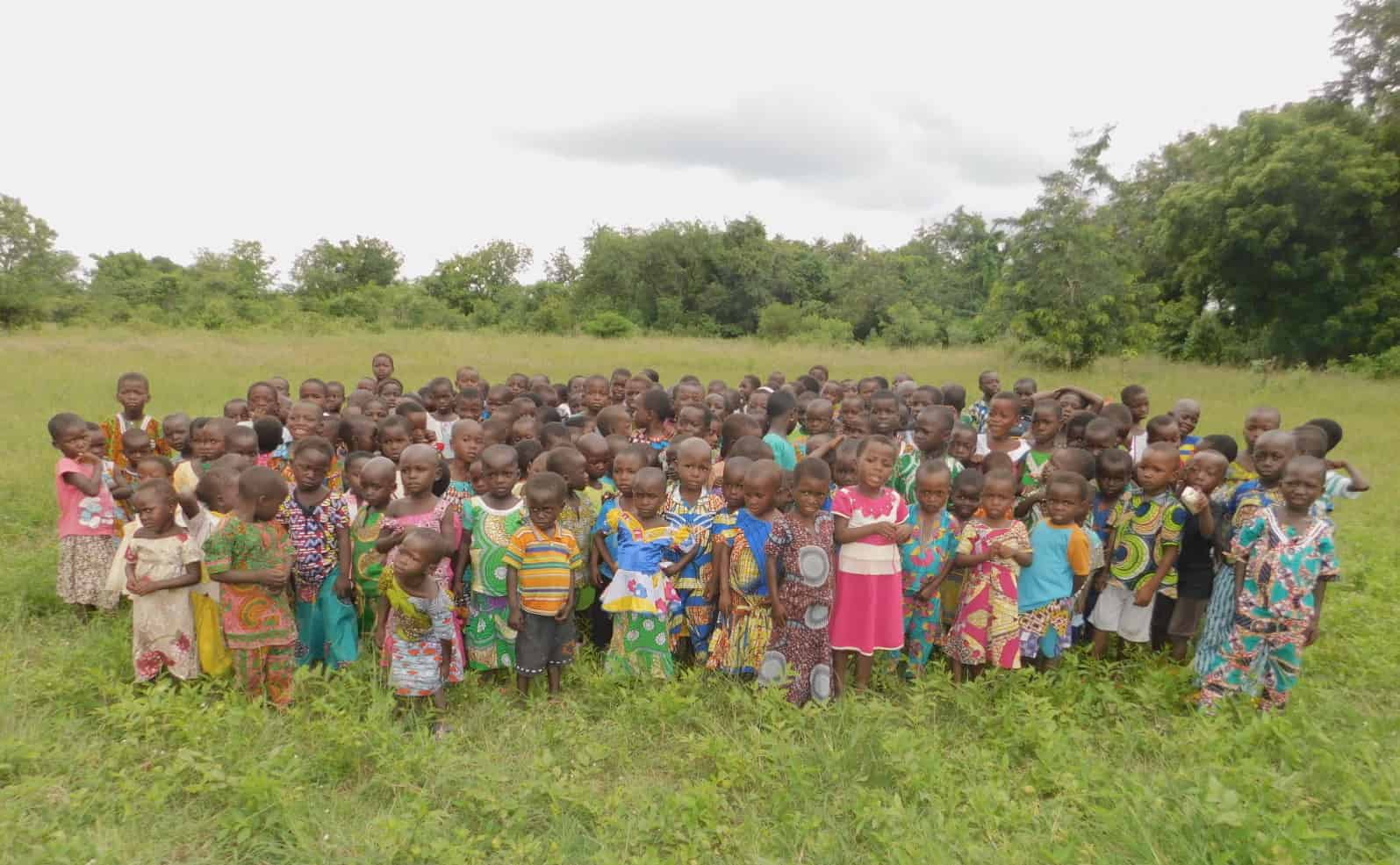 These children in Kpeve, Togo, will begin receiving vital care. 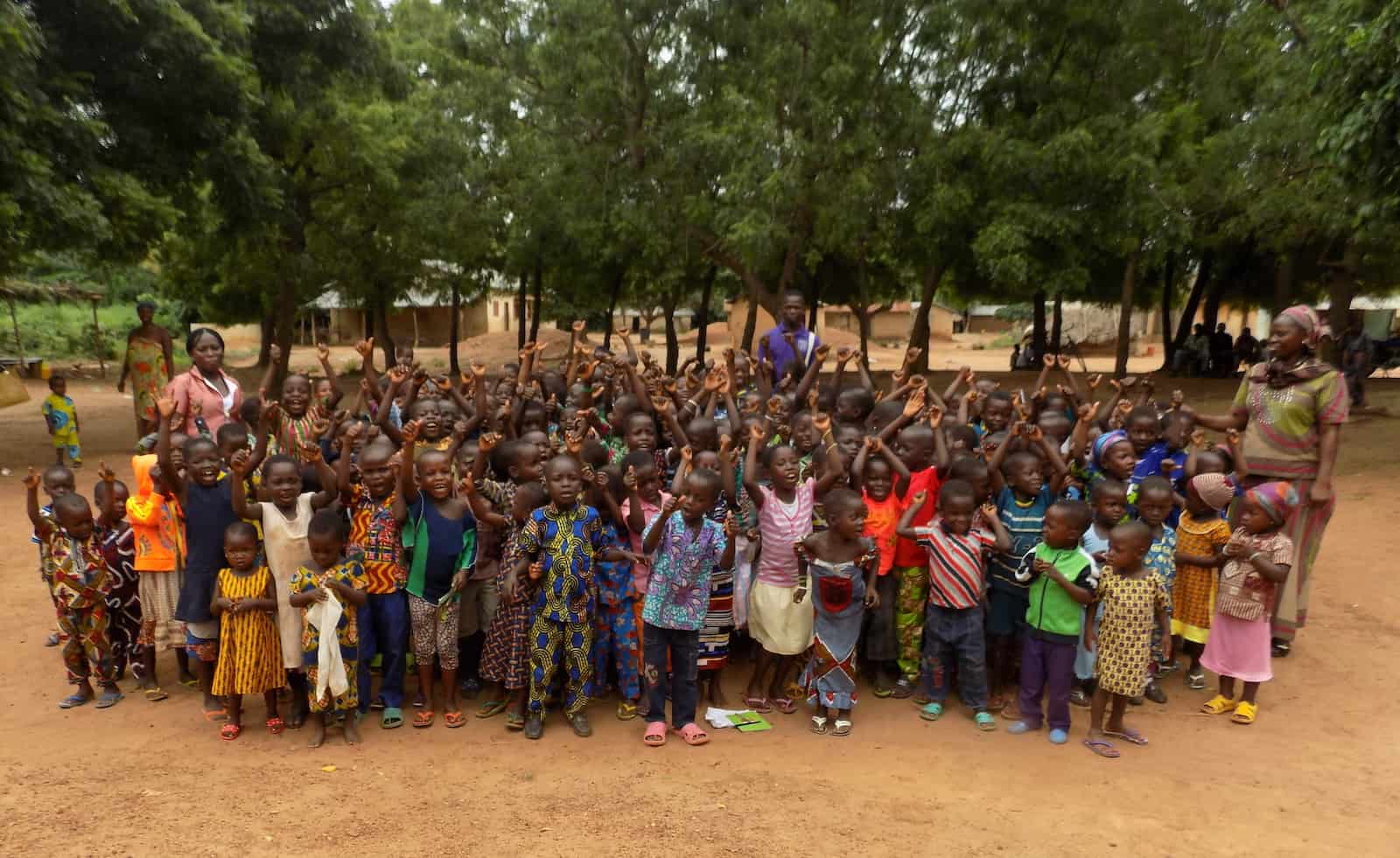 These children in Kpoguede, Togo, will begin receiving vital care.

These 400 children, many of whom are orphans, will gain access to education, health care, better nutrition, safe water, tutoring and hygiene training. Their parents and caregivers will have opportunities to learn to read and write, as well as receive nutritional training and education on child rights and protection.

All this means that these children will no longer be vulnerable to human trafficking. They will be able to stay in school. Families won’t consider their girls a burden and marry them off. Children won’t die because of untreated but preventable diseases. And children will have the opportunity to begin a relationship with Jesus.

Despite all he’s done, Kevin Streelman knows who the real heroes of this story are.

“Our gift is so small compared to what [the local church] is doing do on a daily basis. They are the true heroes. The [staff] are giving their lives to help others, and it is the most inspiring work on this planet.”

Although these centers are just starting, in other communities in rural Togo where child development centers have opened, it has meant the difference of life and death. Akouvi knows this firsthand. 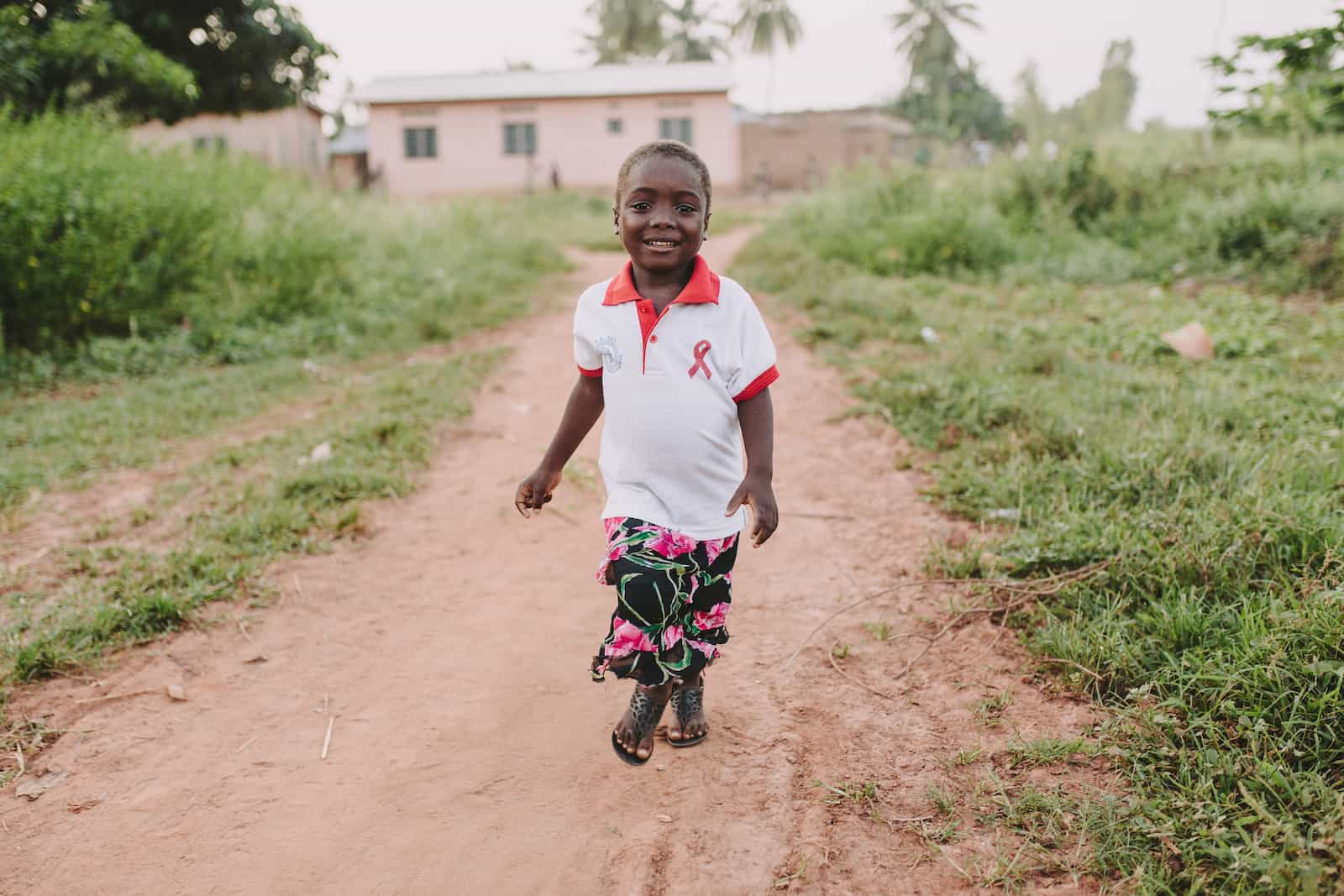 When Akouvi was first registered in Compassion’s sponsorship program at age 2 1/2, she was so severely malnourished that she couldn’t stand, walk or talk. The local church sprung into action. They immediately took her to the hospital for treatment. Thanks to their continued dedicated work, Akouvi is now a healthy 7-year-old who loves to play.

Now, more children will have the opportunity to thrive, just like Akouvi has. While Streelman knows that not everyone has the large platform he has, he believes that each person has something to give. Each one of us can be part of transforming a story like Akouvi’s.

Thank you, Kevin Streelman, the local church and all those who sacrifice so the stories of these precious children are being transformed every day! 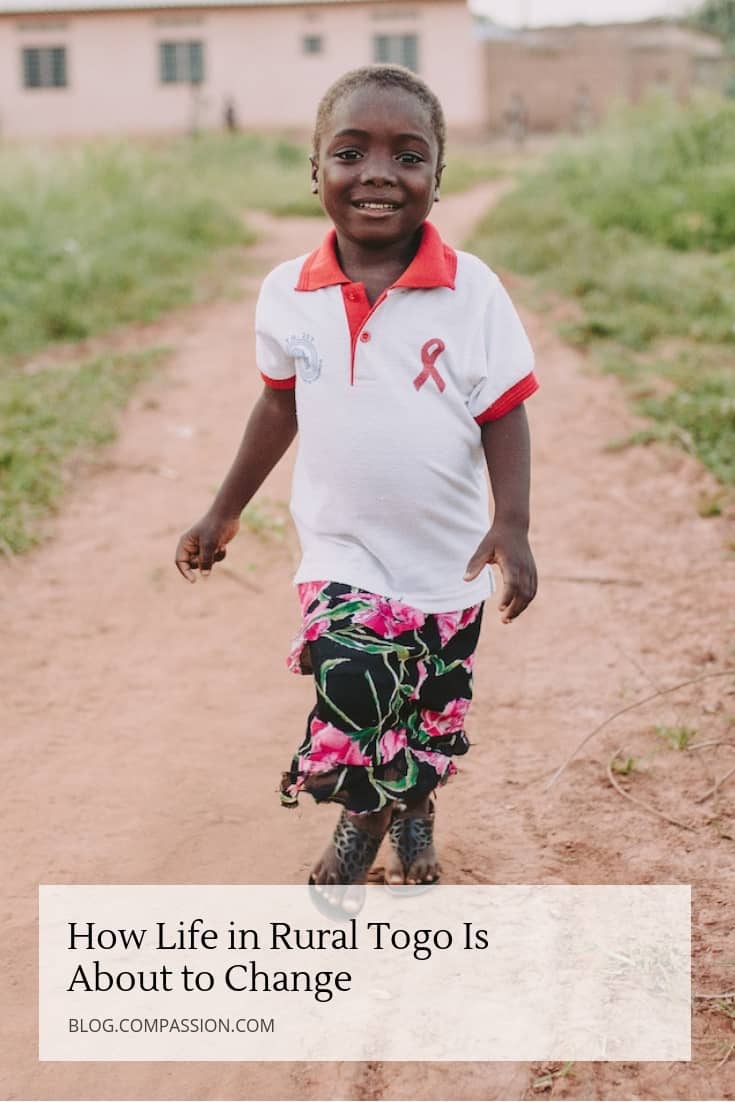 Prev Post:9 Photos That Show What It’s Like to Be Poor in AsiaNext Post:Can the Enneagram Help You Respond to Poverty?