Trapped Inside for 8 Years, Sabina Is Now Free

Because of a superstition in Ghana, this sweet girl was never allowed outside. But the local church — and sponsorship — has set her free.

It is Saturday morning, and 8-year-old Sabina is bubbling over with excitement.

Felicia, her mother, finishes dressing her and waves goodbye as Sabina skips out of the house. She’s ready for a day of fun activities at the local church-based Compassion center.

Watching her daughter from the door, Felicia feels a wave of anxiety. She offers a silent prayer, “Please let my daughter come home safely today.” It has been only a few months since Sabina has been allowed to leave home. 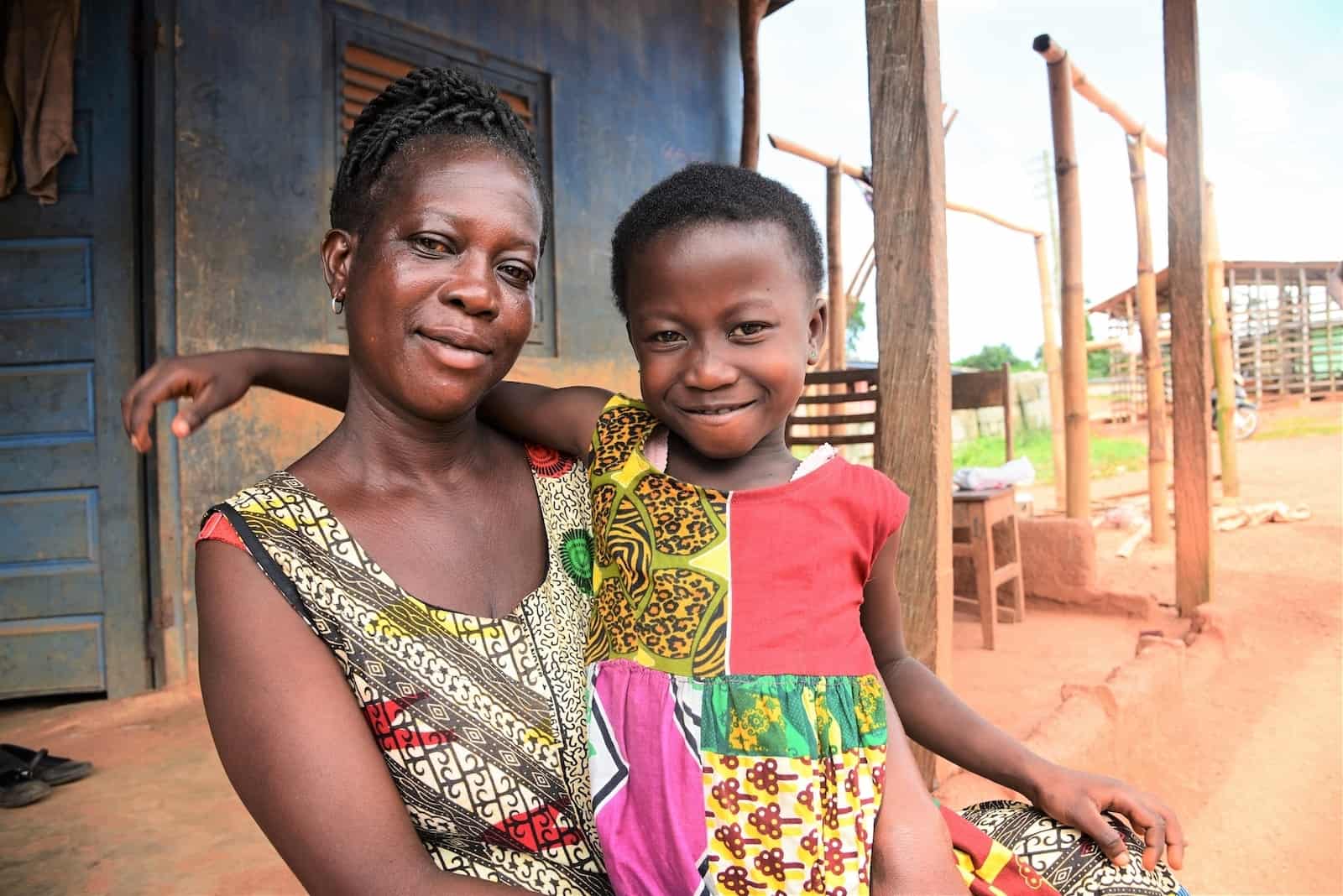 Felicia loves her daughter so much that she was terrified to let her leave the house. The reason? Sabina is a 10th-born child.

It is a traditional belief among the people of Sabina’s community in Ghana that every 10th-born child is cursed. Such children are not allowed to leave their homes or appear at any public gatherings, such as school or church. They are forbidden to walk across roads and must observe a variety of other restrictions. If they break any of these rules, it is believed that they will be struck by ancestral spirits and suffer an incurable disease — or even death. Some believe they may be snatched by the gods and vanish, never to be seen again.

According to this tradition, the only way for a 10th-born child to be released from the curse is to undergo a ritual cleansing. Felicia feared for her daughter’s life, but she didn’t have the money to pay for her the ritual. Instead, Felicia observed the taboo restrictions to the letter, never allowing Sabina to leave the house.

But Sabina’s dad, Joseph, had faith in Christ.

Joseph gave up belief in the ancestral taboos when he accepted Christ and became a member of the local church. He knew his daughter was as free as any child to go anywhere in the community without risk of harm.

So when a local church announced they were starting a Compassion program to help children, Joseph registered Sabina. But Sabina didn’t show up for the Saturday activities. After enquiring, the staff learned that Joseph was working in another town. In his absence, Felicia refused to let Sabina attend the program.

The staff tried to meet with Felicia to discuss the situation, but she always avoided them, not wanting to discuss it. But they persisted, knowing they had to fight for this little girl.

“Every soul is important to God, so we had to fight for Sabina at all costs,” says Center Director Emmanuel Kuma. “Compassion is an advocate for children. We are protecting them, we are developing them, giving them dignity and integrity.”

The staff decided to try to win Felicia over with kindness. They held a ceremony to launch the center, and invited Felicia as guest of honor. She had a seat on the podium with the other special guests. After the ceremony, Felicia joined the staff and guests for a reception. Emmanuel and the others had the opportunity they had been pursuing for so long — to talk with Felicia in person. The pastor prayed for her and Sabina, and he gave Felicia his assurance of Sabina’s safety at the center. He also shared about all the benefits Sabina would gain from sponsorship.

Finally, Felicia agreed that her daughter could leave the house, with one condition: If she ever returned home sick, Sabina would stop attending the center.

Now, Sabina is thriving as an 8-year-old should. 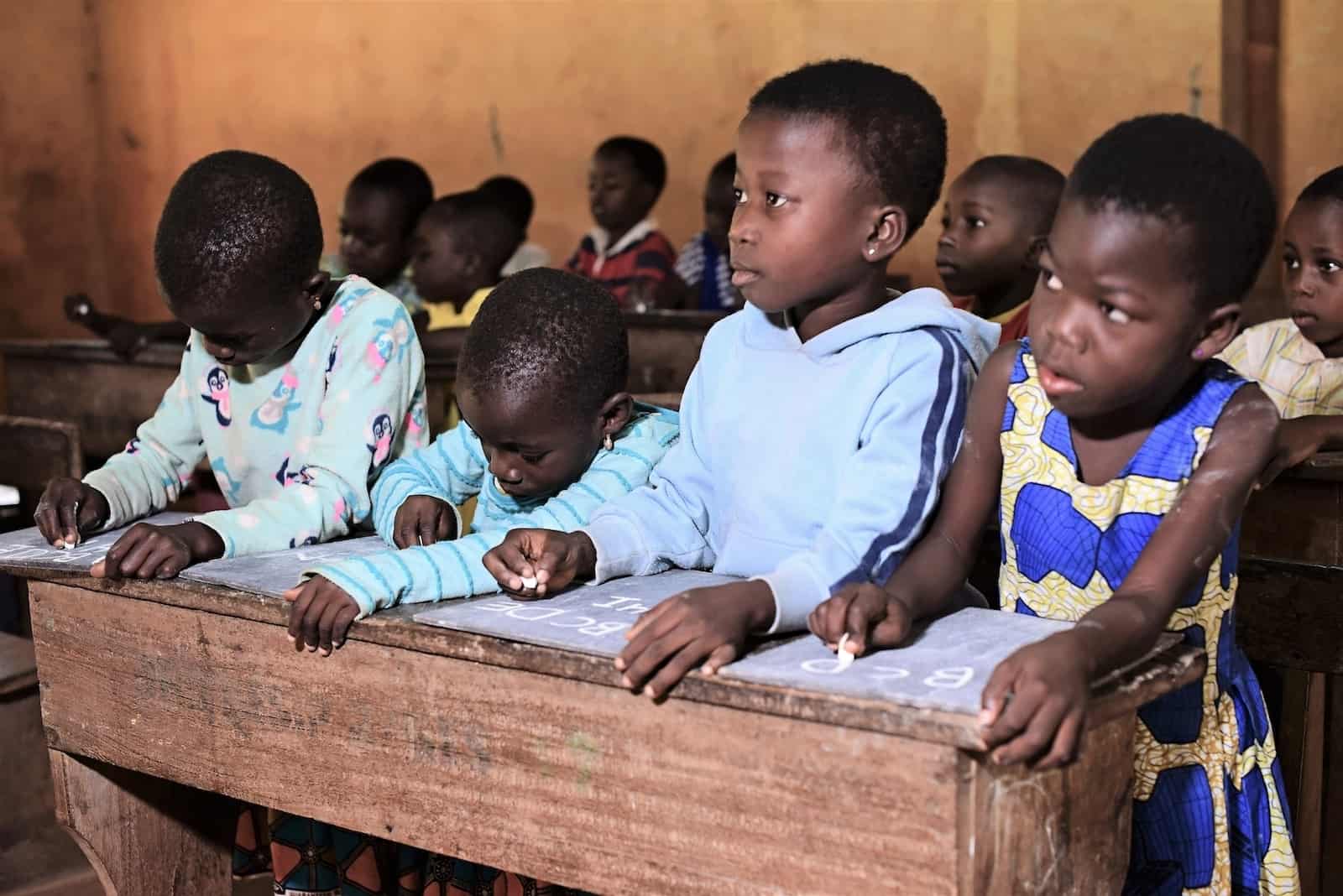 She is able to go to school and the Compassion center. Though previously, Sabina often fell sick and had terrible nightmares, now all that has stopped. Instead, she is a social child who is always smiling. Sabina is confident and expresses herself well.

“Many children in this community will become fetish priestesses and priests, simply because they did not have the opportunity to go to school or hear the gospel. Sabina was on that path,” says Emmanuel. “I am glad we did not permit that to happen because Sabina is a smart child, and with Compassion’s assistance, her future looks bright.” 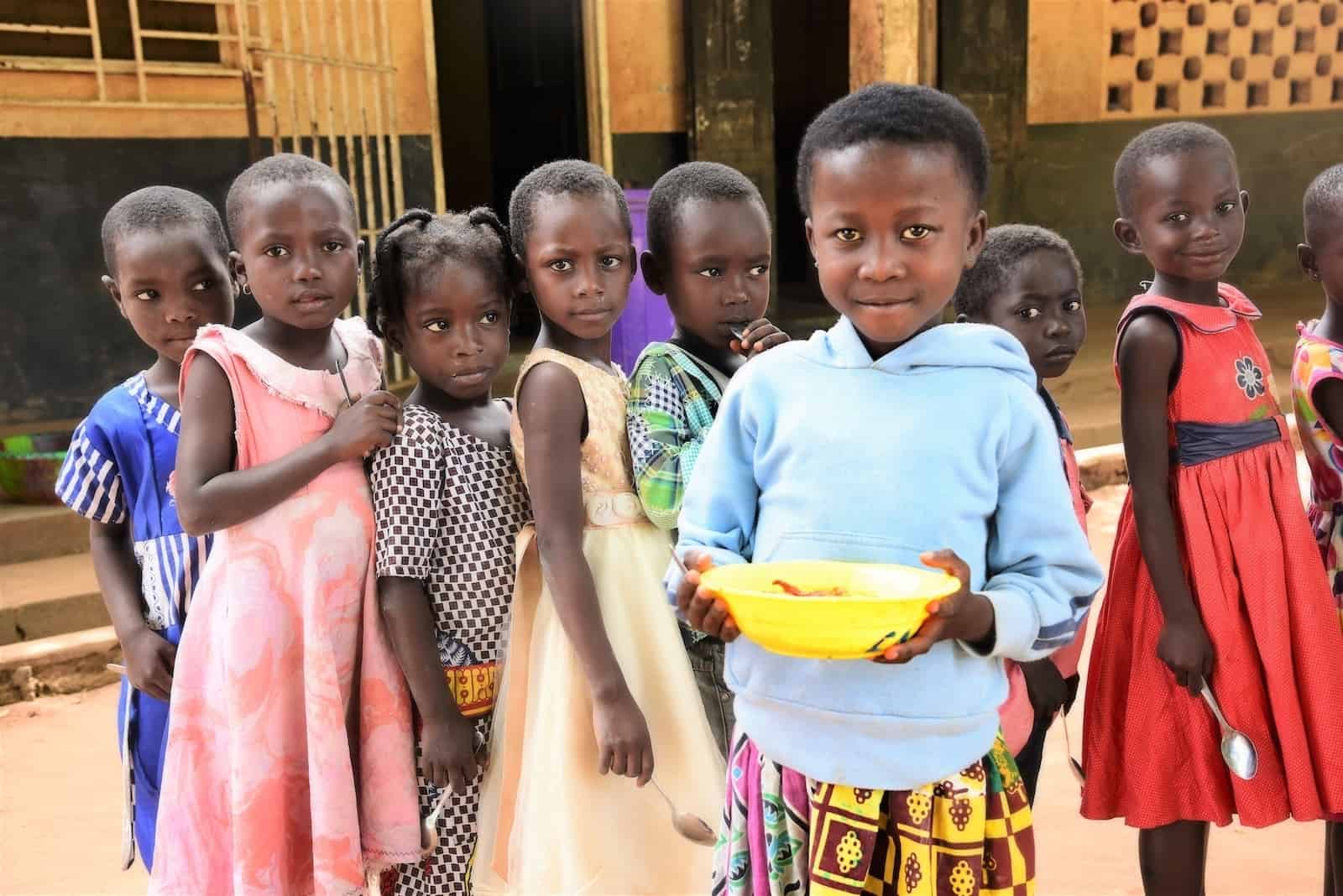 Felicia believes that God is protecting her child. For Sabina, it’s a dream come true. She has the freedom to live a normal life with friends and a future to look forward to.

“I am always happy when I go to school and the center because I no longer have to stay in the house,” says Sabina. “I have many friends, but Naana and Kukua are my best friends.”

When you sponsor a child, you are ensuring that they are known, loved and protected, no matter their circumstances. Thank you for bringing such life-altering care to children in poverty! 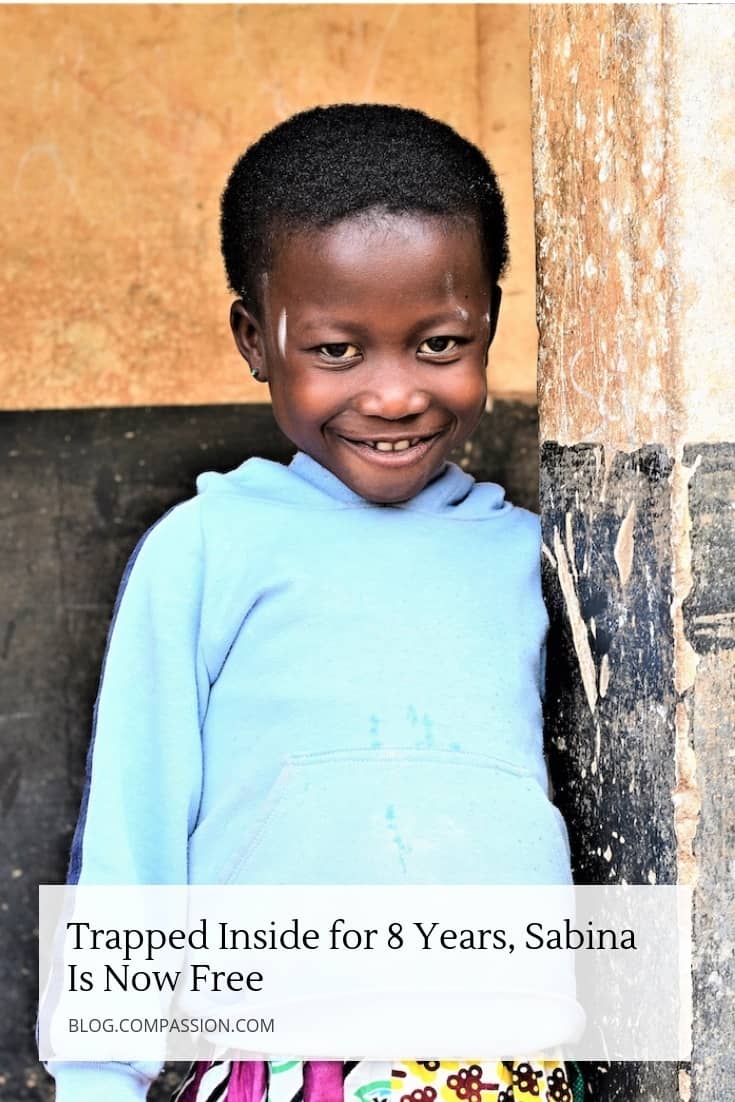 Prev Post:How to Raise Brave Kids in a World Keeping Them AfraidNext Post:One Thing Compassion’s President Has Learned as a Father