Along the Gulf of Guinea lies the beautiful West African country of Ghana. Its culture and traditions are rich and vibrant.

The people of Ghana are warm and friendly. They are polite, open and trusting — even with strangers. In Ghanaian society, it is traditional to take life at a relaxed pace and view time as a series of events rather than a matter of hours or minutes. In Ghanaian society, people are more important than schedules.

Most Ghanaians consider “let’s get to business” conversation rude. It is custom for Ghanaians to exchange pleasantries and ask about family before beginning business. They greet one another, making extra effort to greet older people. With the men, handshakes almost always accompany greetings. Ghana’s 24 million people include six major ethnic groups that break into more than 60 smaller ones.

The six larger groups are the Akan (Ashanti and Fanti), the Ewe, the Ga-Adangbe, the Mole-Dagbani, the Guan and the Gruma. Like most other African nations, Ghana has rich, traditional cultures that differ from one ethnic group to another.

Along with different ethnic groups and cultures, 52 separate languages and hundreds of dialects are spoken in Ghana. The official language is English — a residual of British colonial rule, from which modern Ghana gained independence in 1957.

Until its independence, Ghana was known as the Gold Coast. It was renamed Ghana, meaning “Warrior King,” to reflect the ancient Ghana Empire that flourished in West Africa during the 10th century.

Today, the Ghanaian government is a unitary republic consisting of a president, parliament, cabinet, council of state and an independent judiciary. It is tradition to hold elections every four years. The government administration operates out of the central business district of Accra, the country’s capital city. As the country’s largest city, Accra has a population of roughly 2.4 million.

Ghanaians emphasize values such as the importance of family, respect for the elderly and honor for traditional rulers. 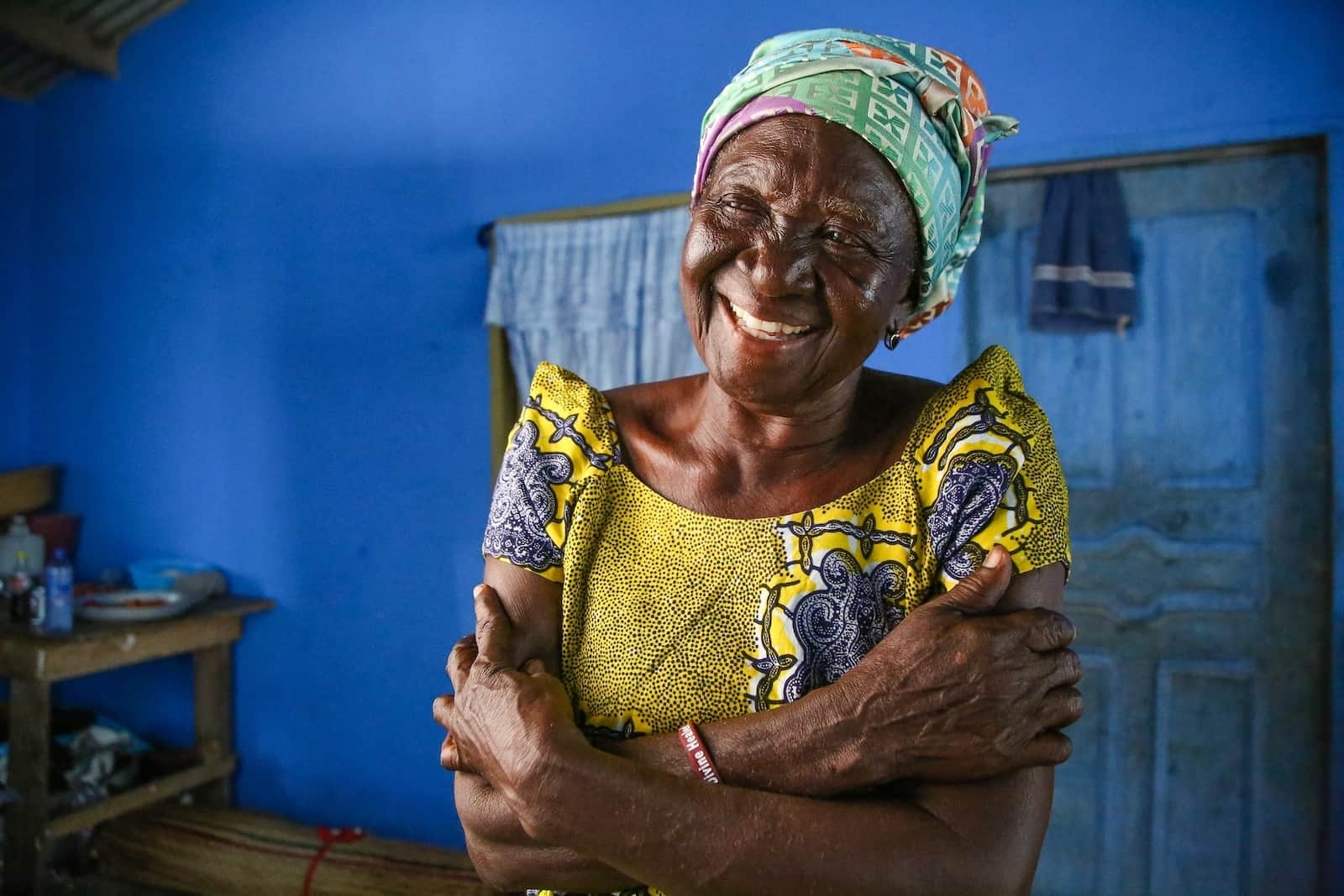 They place high value on dignity and proper social conduct. Individual conduct is seen as having impact on an entire family, social group and community. Therefore, each person is expected to be respectful, dignified and observant in nearly every aspect of life.

An entire family shares any loss of honor, which makes the culture a collective one. Protecting this sense of “face” requires harmony. People behave with decorum to ensure they don’t cause embarrassment to others.

Everything is shared — even food, no matter how small the amount. If a Ghanaian gets interrupted while eating, he invites the other to join him. Depending on the level of familiarity, the person may wash his hands and join in. If the relationship is casual, it is tradition for the other person to politely decline.

Among common greetings and responses in Ghana are:

Ghanaians are indirect communicators. They take care not to relay information in any way that could cause issues. This includes delivering bad news, turning down an invitation or refusing a request. Ghanaians want to protect face as well as maintain harmonious relationships throughout society.

Ghana is often described as a land of festivals, music and traditional dances. 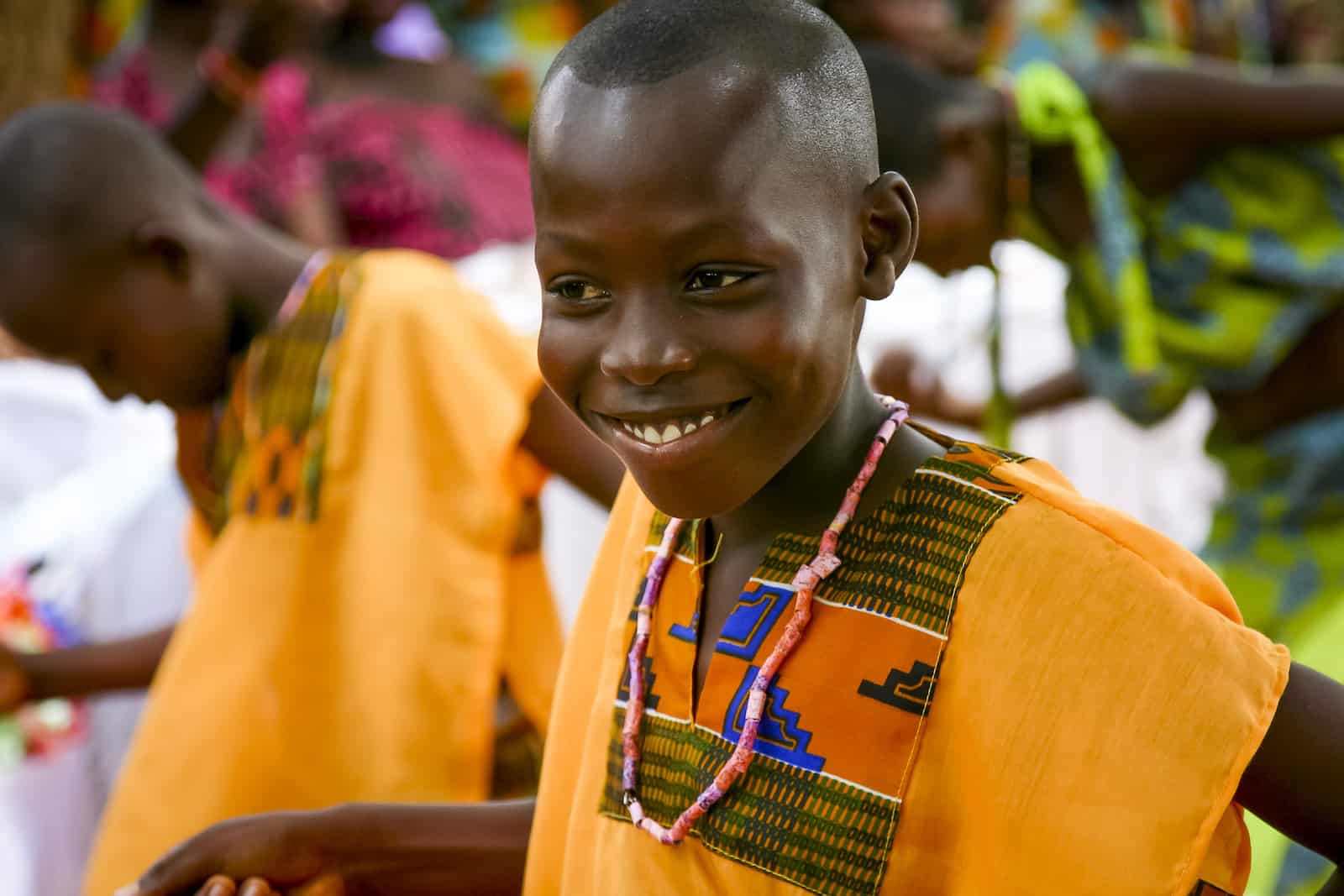 It is custom for most communities, clans and tribes to have annual celebrations.

There are three main types of music in Ghana. Ethnic, or traditional, music is usually played during festivals and funerals. Highlife music blends traditional and imported music. Choral music is performed in concert halls, churches, schools and colleges. Children registered at some of the Compassion-assisted child development centers in Ghana have formed choirs. One such choir is the Kasoa Cluster Mass Choir.

It is a tradition for children at our child development centers to welcome visitors and sponsors with elaborate drumming and dancing. This is an expression of appreciation and Ghanaian hospitality and culture. Along with taking their own customs and traditions seriously, Ghanaians easily understand and adopt other cultures and practices. This makes Ghana a comfortable society for everyone to live in and an easy African country for outsiders to visit.

Learn more about Ghana and our work there! Prev Post:How to Write Your Sponsored Child No Matter Their AgeNext Post:Report: Hunger Is on the Rise Around the World