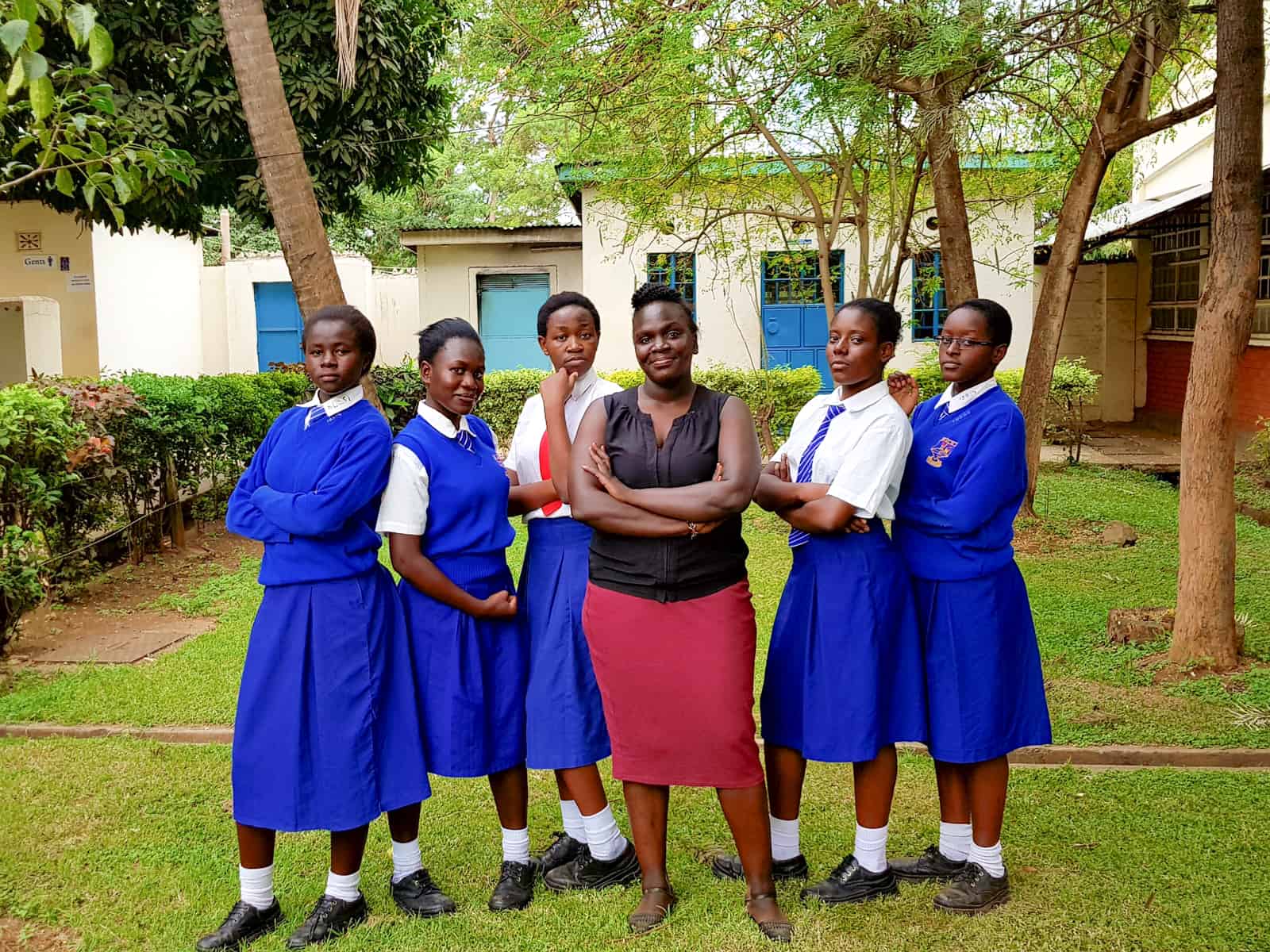 These five girls call themselves The Restorers, and their goal is to restore hope to girls vulnerable to female genital mutilation.

It’s done in secret at night. You are home for the holidays from boarding school, as there is no school in your rural community in Kenya. You are excited to see your family, but you are also filled with dread. It is circumcision season, and you are 13.

You listen carefully to the conversations at home, wondering which night it will happen, hoping you can run away into the night before the elderly woman with the knife comes. At age 13, a girl becomes a woman in your tribe by undergoing female genital mutilation (FGM) — the partial or total removal of a girl’s external genitals. It’s a rite of passage in your tribe and makes you eligible for marriage. You don’t want to marry; you’re young and want to stay in school. But your parents have other plans.

This is the fear of many girls living in rural communities in Kenya. Although illegal, one-quarter of women in Kenya have undergone FGM. Globally, more than 200 million girls and women have undergone FGM. Besides the emotional and psychological impact of the act, it poses serious health risks, including infection, long-term urinary issues, an increased risk of complications in childbirth, and in some cases can lead to death. It also makes girls less likely to finish school and more likely to marry in their adolescence. 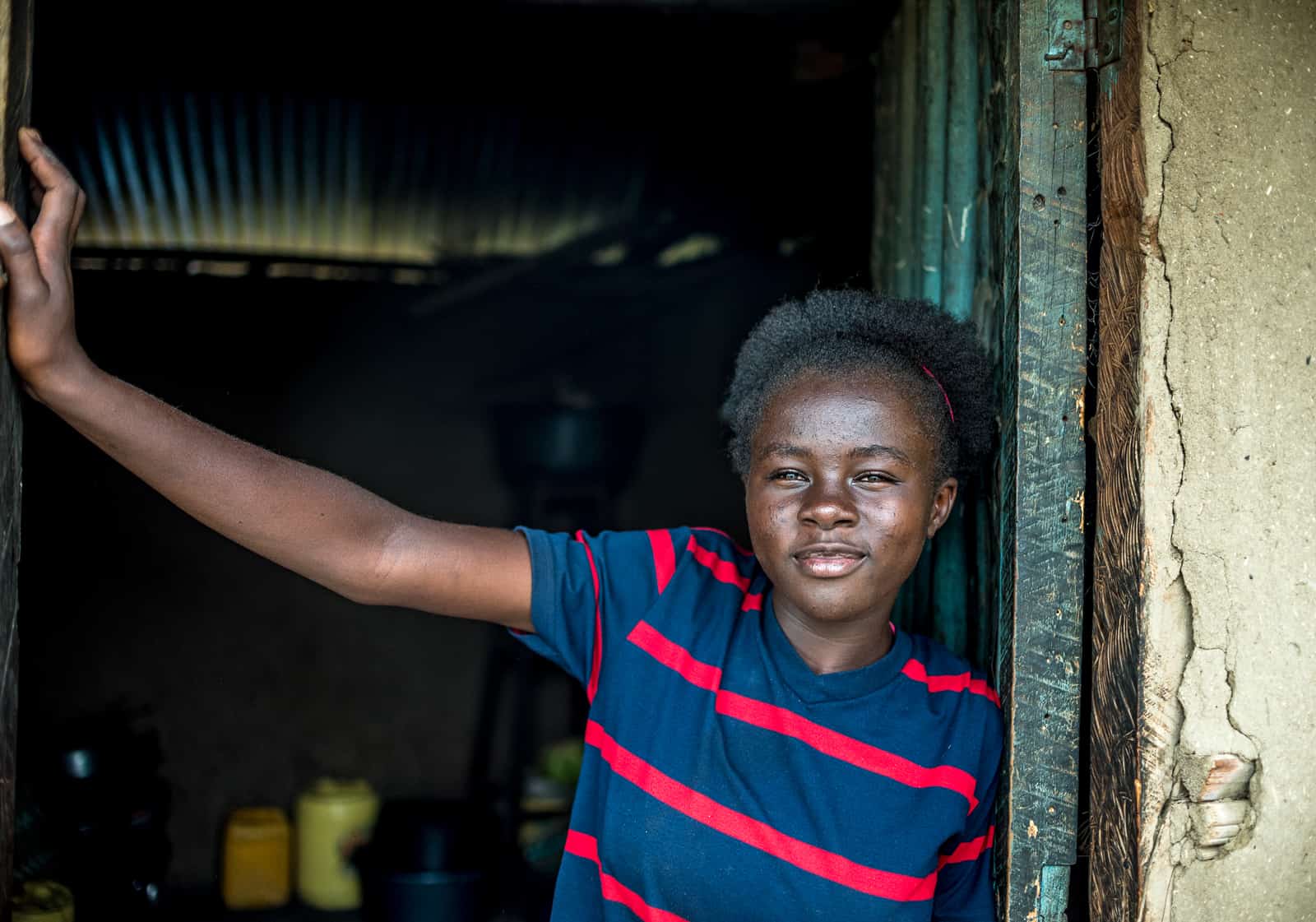 Synthia at her home in a village near Kisumu, Kenya.

Synthia, a 17-year-old from a village near the shores of Lake Victoria, Kenya, remembers how it changed one of her friends.

“She was a very friendly and bubbly girl that everyone liked. We were good friends with her,” says Synthia. “However, after she was cut, she never came back to school. She was among the smartest girls I knew with a great future ahead of her.”

You might not think Synthia — the daughter of uneducated parents living in extreme poverty — could do anything to stop this deeply ingrained cultural practice. But don’t tell Synthia or her friends that.

Together, these five bright young girls developed an app that allows girls in a crisis to alert authorities by clicking a distress button on their cellphone. The app also provides girls who have undergone FGM with resources, including directions to the closest resource center. 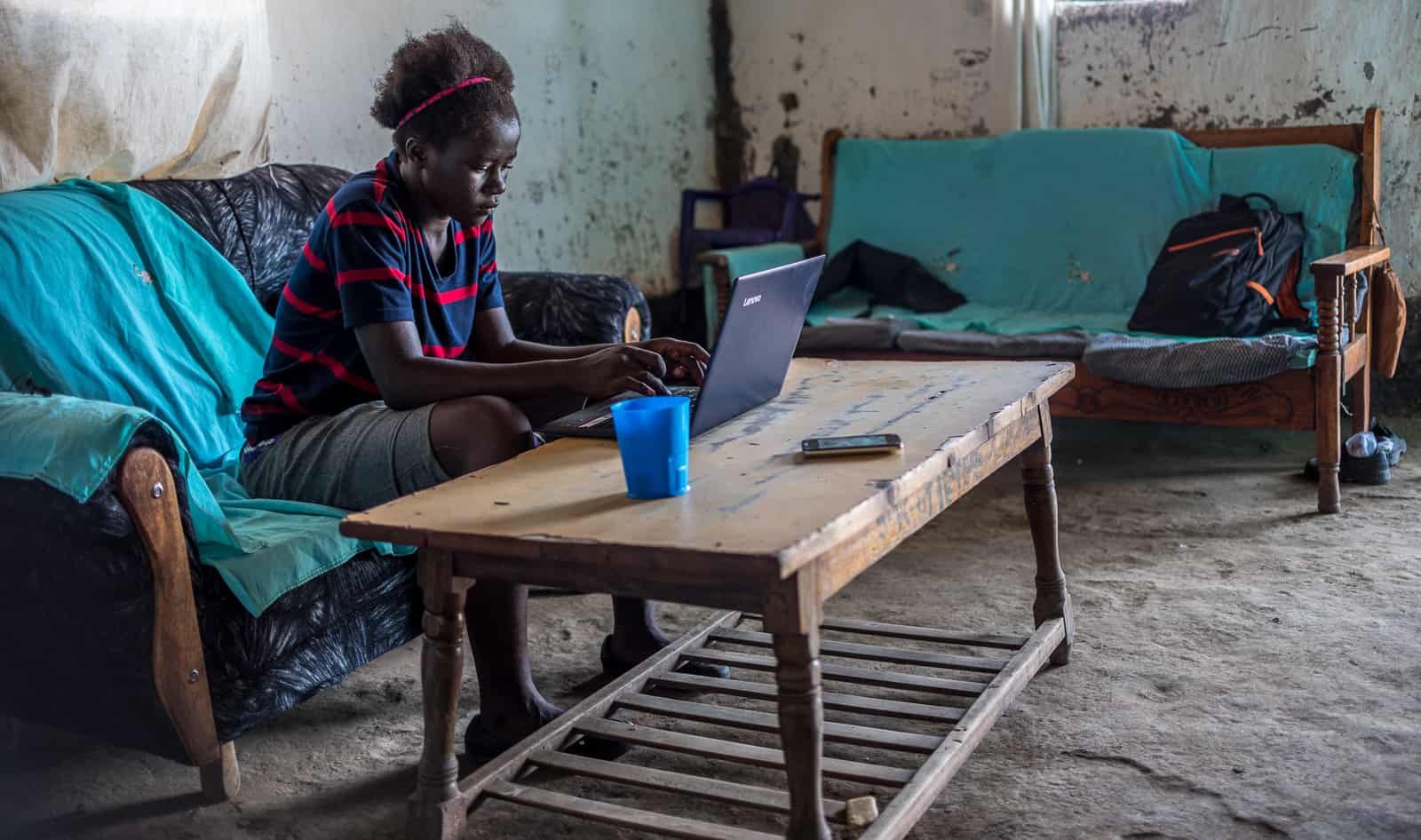 Synthia and four of her classmates developed a mobile app to allow girls to report abuse to authorities.

The girls applied and were selected as finalists in the 2017 Technovation challenge, a global competition sponsored by Google, Verizon and the U.N. that encourages girls to use technology to solve problems in their community. The team, who call themselves “The Restorers,” were invited to Google headquarters in California to compete with other teams from around the world. They were the only team invited from Africa.

“We were very excited,” says Synthia. “We were not only representing our country Kenya but the entire continent.”

The team won second place — and U.S.$10,000 to develop the app for use in their community. Their next step is to develop a business plan for how they will use the funds to make the app available. 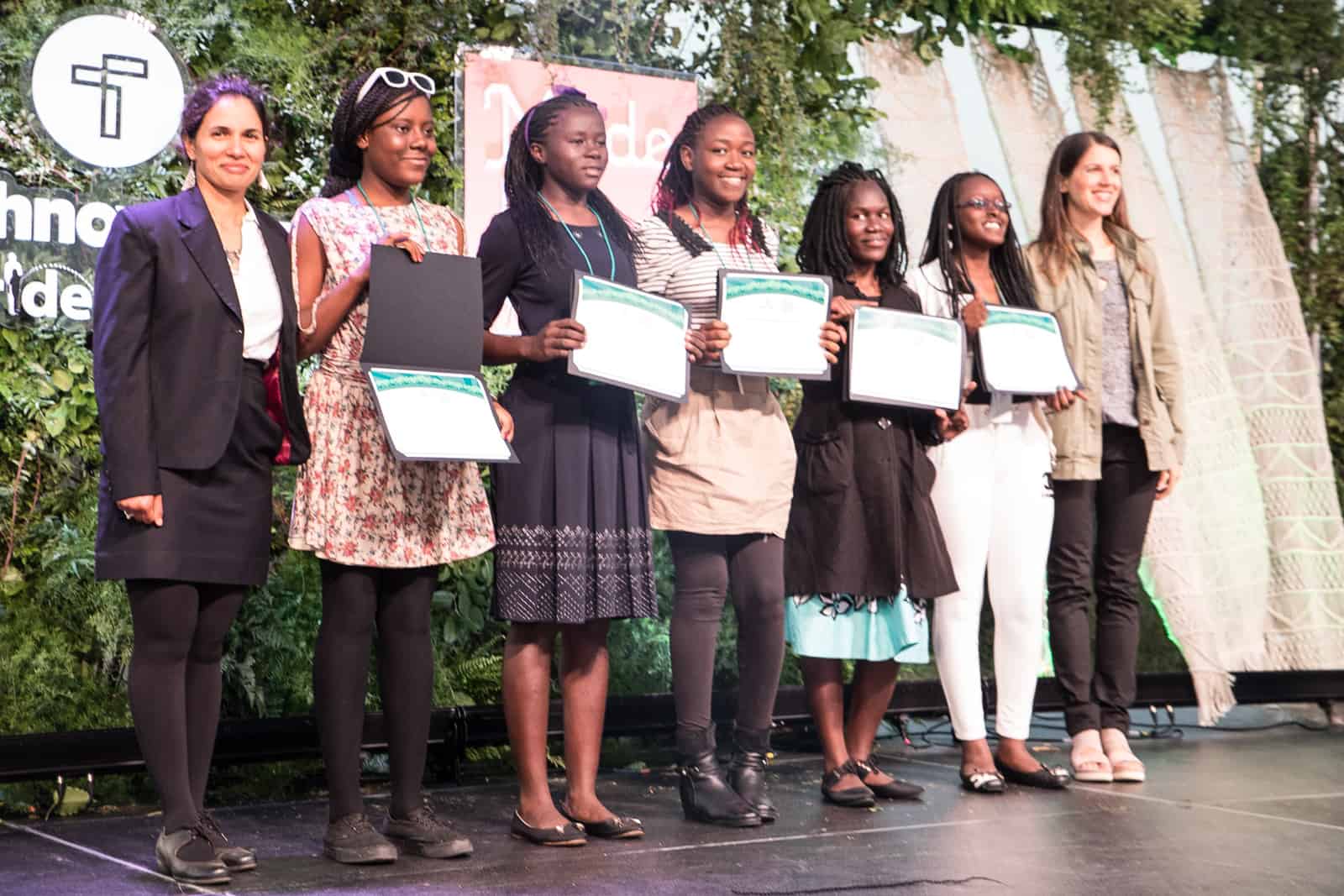 “FGM is still a big problem affecting girls worldwide, and it is a problem we want to solve,” says Synthia.

None of this would have happened for Synthia had a couple not decided to sponsor her through Compassion.

Synthia is the oldest of 11 children in her family. Her father works as a subsistence farmer, and her mother sells fish that they catch in Lake Victoria. Combined, they make about U.S.$1.60 a day to provide for 13 people. It’s not enough, and four of Synthia’s younger siblings had to drop out of school. 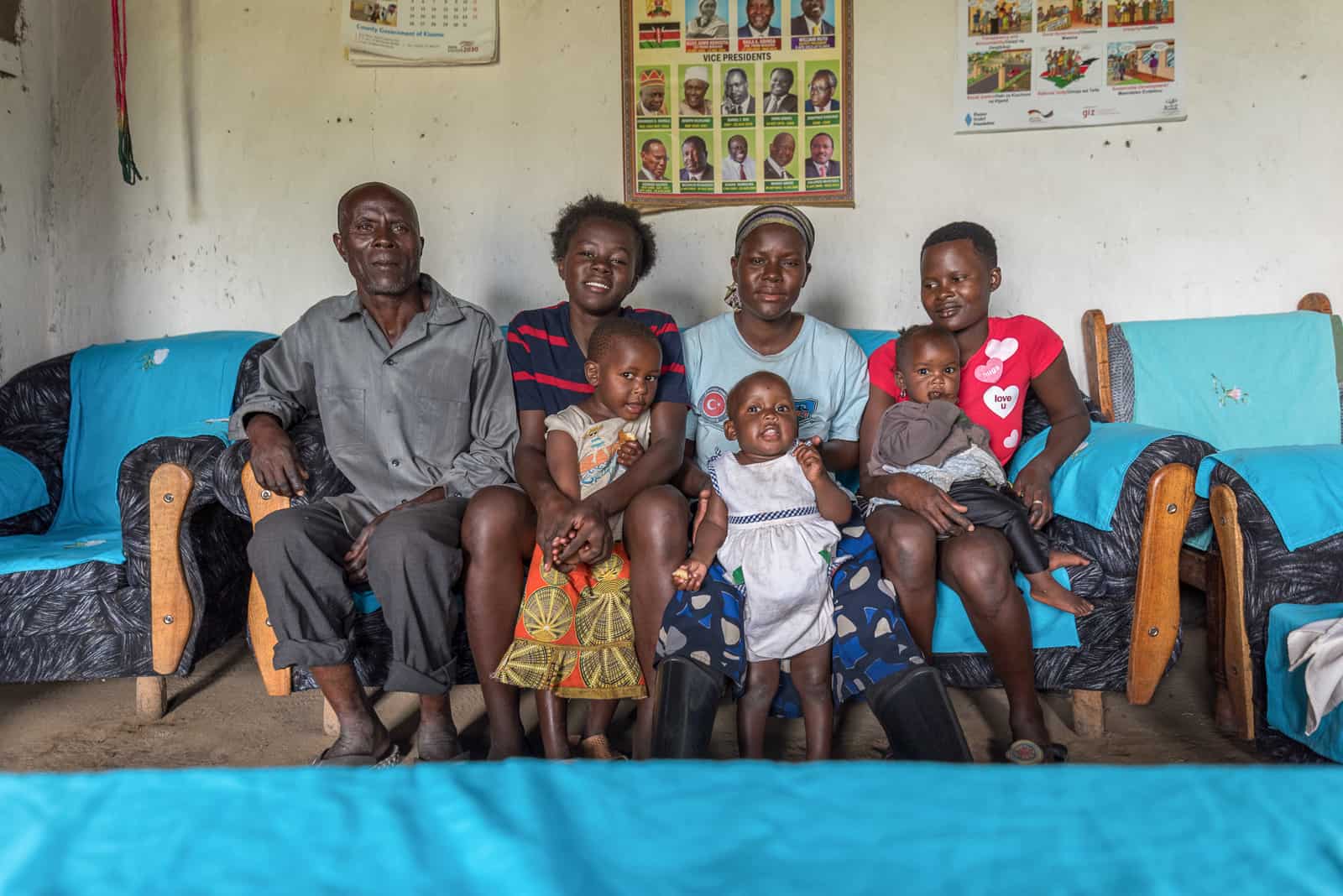 Not all of Synthia’s 10 siblings will have the opportunity to complete school, as their parents can’t afford it. But Synthia is in grade 11, thanks to her sponsors.

Thanks to sponsorship, Synthia is in school. She also learned computers at her Compassion center, which helped her develop an interest in the field.

Now Synthia aspires to become a computer scientist – and a role model to other girls who will learn that they can use their unique skills to help solve the problems they face.

“I am grateful for the privilege of being a Compassion beneficiary,” says Synthia. “Through the love and care of the teachers and the prayers of the sponsors, I have the opportunity to excel in life.”

The Restorers will continue to work to get their mobile app onto the Google Play Store, determined to restore hope to the thousands of girls in Kenya who are vulnerable to this damaging cultural practice.