The Lasting Impact One Church Made in a War-torn Community

A decades-long conflict between Joseph Kony’s guerrilla group, the Lord’s Resistance Army (LRA), and the Ugandan government left horrifying devastation in its wake. The forced displacement of millions of people. Mass looting of property. The abduction of boys to become child soldiers. The abduction of girls to become sex slaves. And the deaths of close to 200,000 people.

Hardly anyone was spared from the impact. Pastor Apollo and Pastor Washington of Victory Outreach Church in Lira, Uganda, both lost family members to the violence.

“I lost three of my seven brothers and three in-laws. Not only that, they killed my former teacher when he went to get food outside the refugee camp,” Pastor Washington says.

Pastor Apollo lost his brother and all 300 of his animals. His father never recovered from the violence he witnessed, suffering from a mental illness until his death several years later.

A ceasefire in 2006 served as a turning point. Losing ground, the LRA retreated into the forest — though Kony still remains at large. Internally displaced persons returned to their abandoned villages — but these places were now characterized by dilapidated infrastructure, famine, disease and mass graves.

There was conflict over communal lands. Orphaned children roamed the streets begging for food. Men and women had no work to do. And there was fear that the rebels would return.

Every villager had been adversely affected. The atrocity left survivors with physical, spiritual and mental scars. It would take concerted efforts to bring healing after the wanton destruction.

Although war had come to an end, the work of the church had really just begun.

In the aftermath of all this violence, Victory Outreach Church sprang into action. 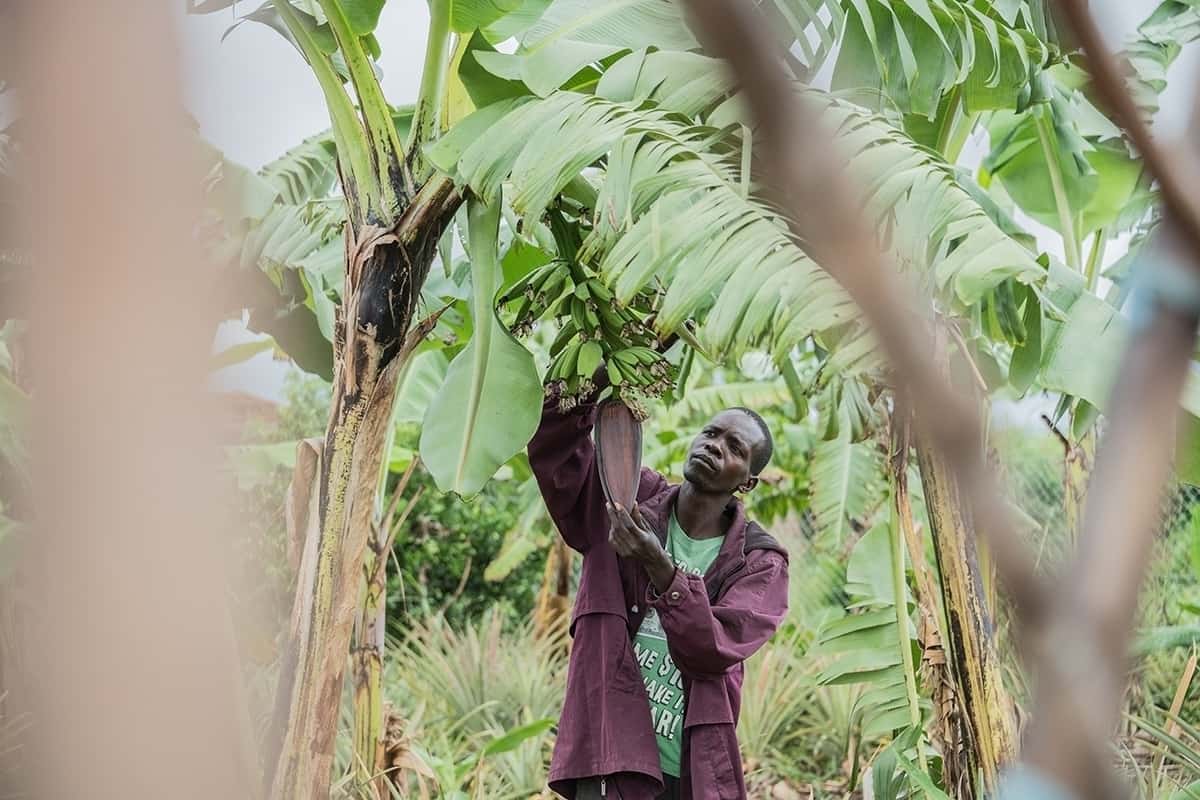 The church established the Victory Outreach Ministries Agricultural Program (VOMAP) to help small-scale farmers. They equipped farmers with basic tools and seeds. And taught them sustainable ways to increase their output and efficiency. They also offered families small-scale savings and loan groups so that families could raise their purchasing power. 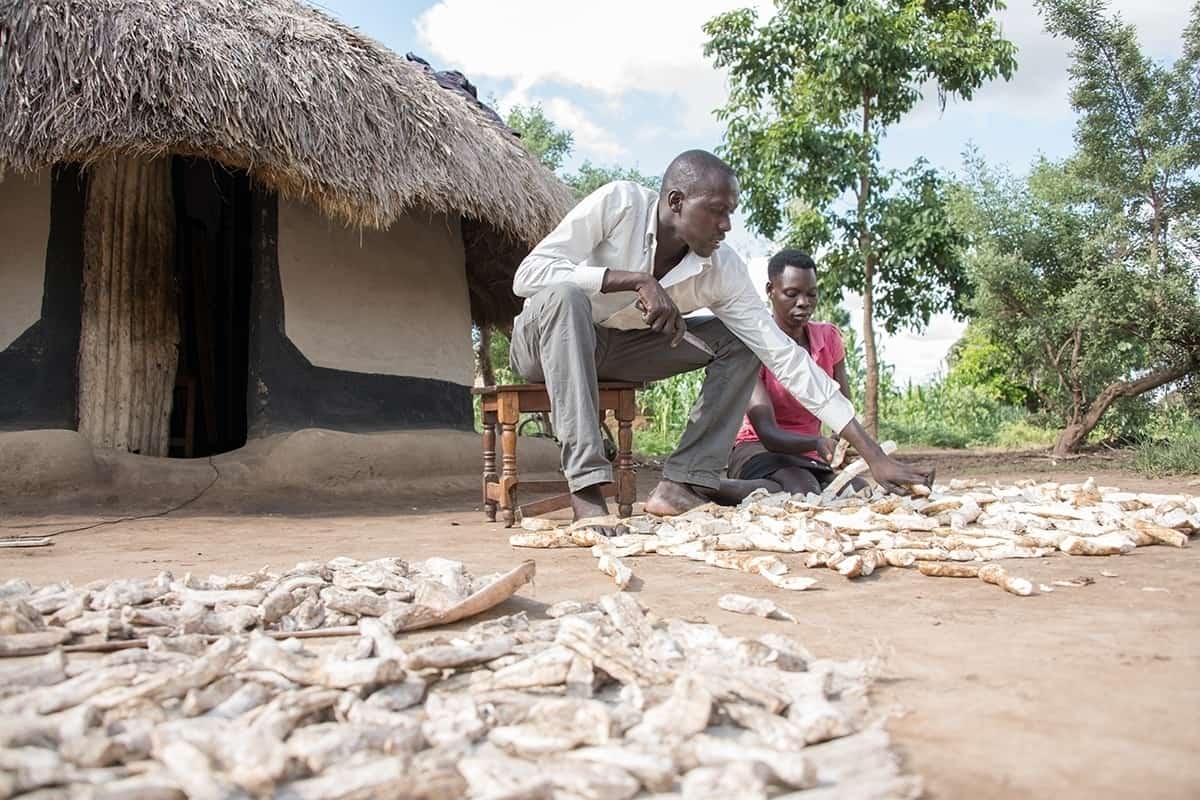 Agricultural programs allow locals to produce crops such as yams, cassava and millets. 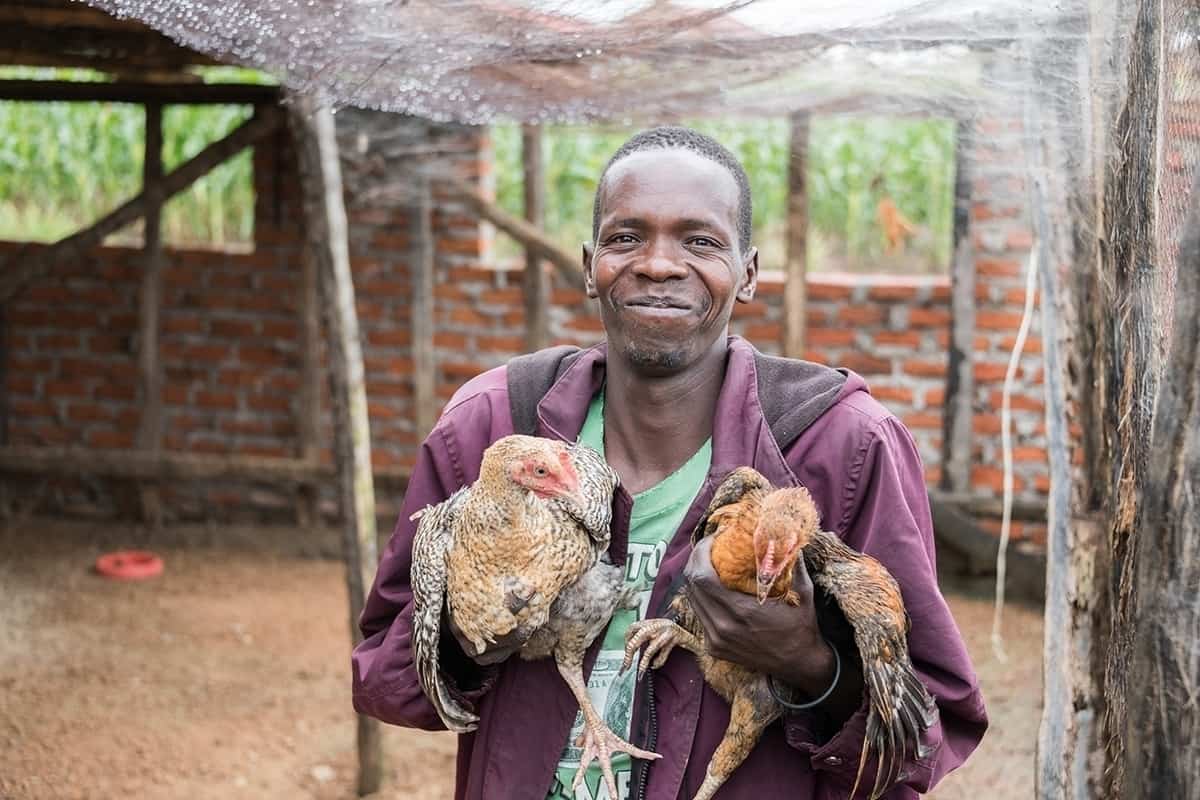 The community benefits from practical agricultural tools to help with farming animals like these chickens!

The war destroyed many significant water sources, and the villagers were suffering from water- and mosquito-borne diseases as a result. So, the church also led water and sanitation projects to help prevent these illnesses.

But it is the spread of HIV that has taken the biggest toll in the community.

“Life at the camp was tough, and many people were forced into prostitution. The soldiers in the camp took advantage of the desperate girls and women,” says Sani*, the father of a child who attends the Compassion program at Victory Outreach Church.

Victory Outreach Church partnered with Compassion in 2007. At this time, the severity of the HIV/AIDS pandemic was becoming increasingly clear.

“My wife learned that she had been infected. When she told me, I was so heartbroken. I thought I would die the next day,” Sani recalls.

This was the case in home after home, and the stigma of HIV/AIDS was rife. Currently, more than 75 percent of parents and guardians of children registered in the Compassion program at the church are living with HIV/AIDS. They receive consistent love and care from the church.

“I had given up on hope, but after meeting other people like me and going through counseling, I felt like I could live another day. The church has made it possible to access healthcare from major hospitals. We also receive food such as millet, eggs and fish which helps us stay healthy. Additionally, we received startup capital for my pork barbecue business. My wife bakes bread, and together we run a shop.”

Victory Outreach Church has reached more than 8,000 people living with HIV or AIDS. They also have established several other churches within Lira. Each ministers to thousands of people every week through a practical approach to the gospel. 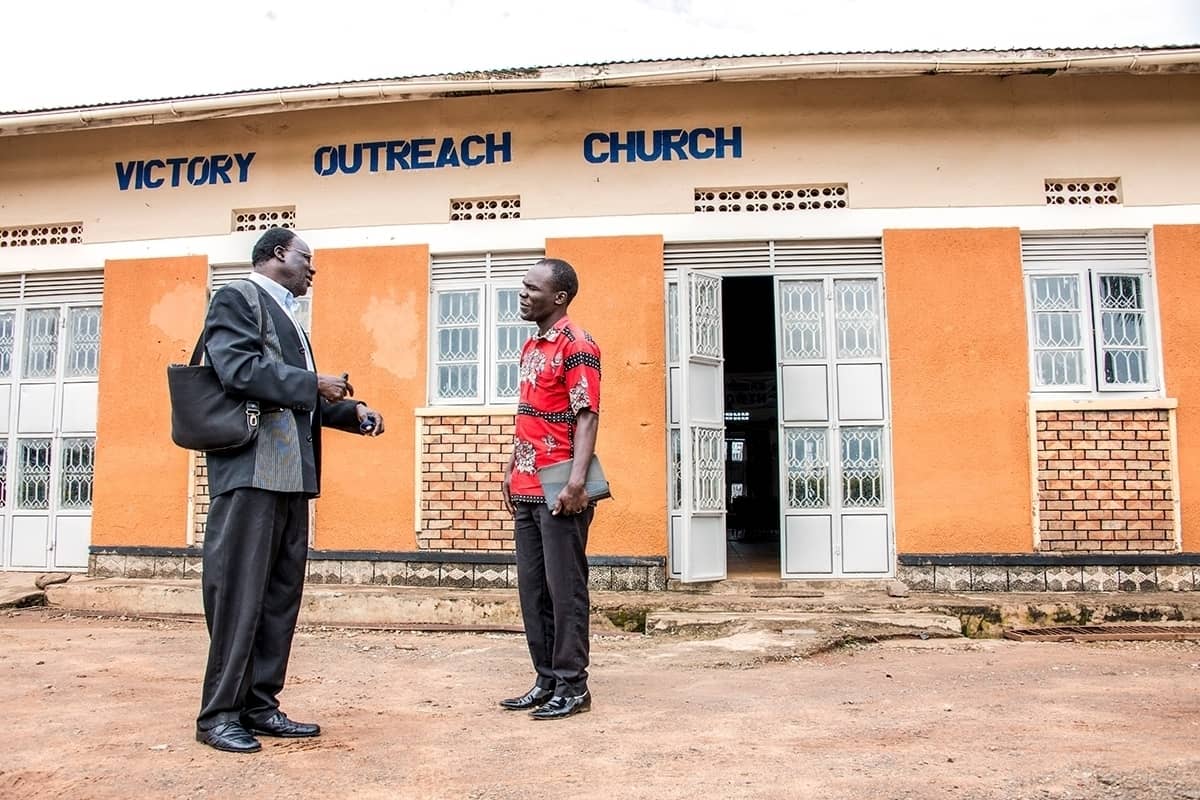 Pastor Apollo speaks with a man outside of the church building.

The leaders of the church are thankful for their partnership, which gives them an increased capacity for ministry.

“Working with Compassion has strengthened our work by increasing our scope of operation. We are able to reach the most vulnerable,” says Pastor Apollo.

“Compassion has helped us to organize ourselves through various approaches,” says Angelina, Director of the child development center at the church. “[We are able] to reach many families through skills training for young people, income-generating activities, psychosocial support and disease management.”

The church also benefited from our Complementary Interventions. This helped construct a borehole to provide the community with a clean and reliable source of water. As a result, it has reduced the incidences of waterborne diseases and families save on time spent walking long distances for water. 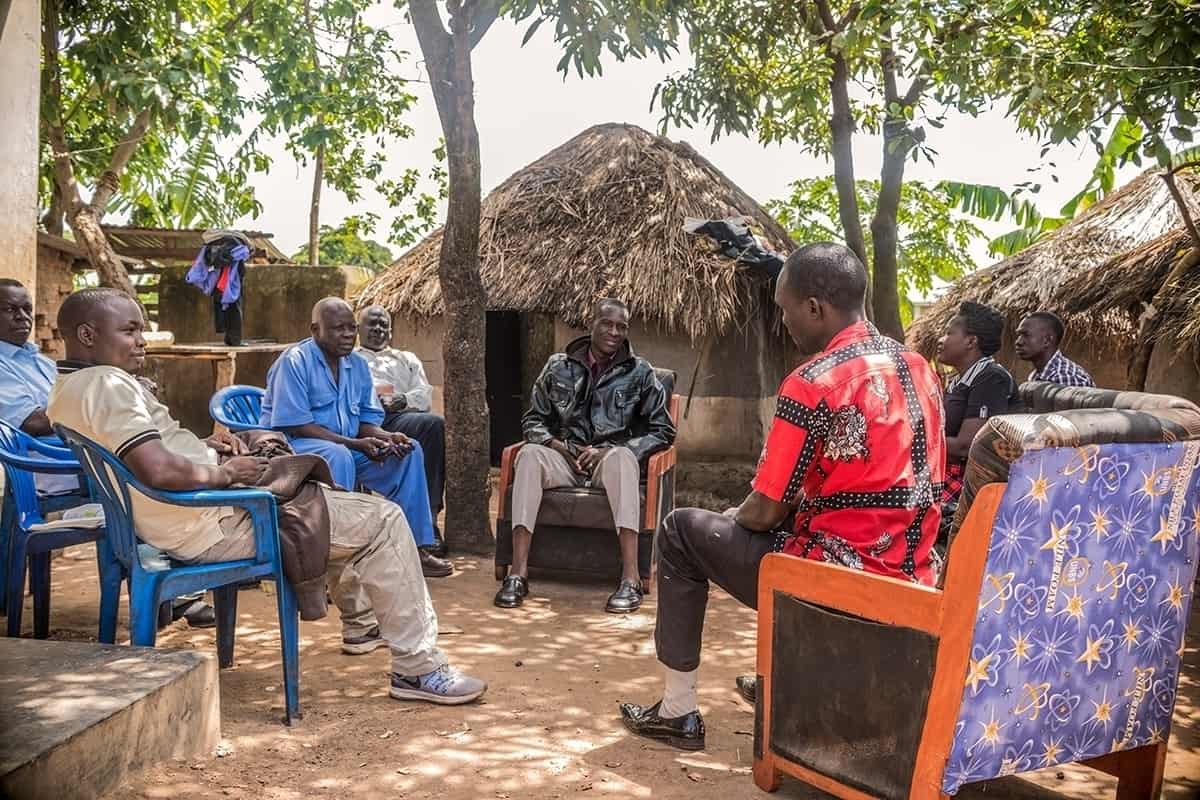 Victory Outreach Church has built a safe and welcoming community in the aftermath of terrible violence.

Victory Outreach Church will continue reaching the unreached and bringing peace to a deeply scarred community. Led by a team of people who know firsthand the devastating effects of war, there is a raw determination to bring lasting change in this region and beyond.

We believe that local churches are catalysts for community change. Learn more about how we partner with churches around the world.

Learn how we partner with churches >

*Some names have been changed to protect their identities. This story first appeared on the Compassion Canada Blog. 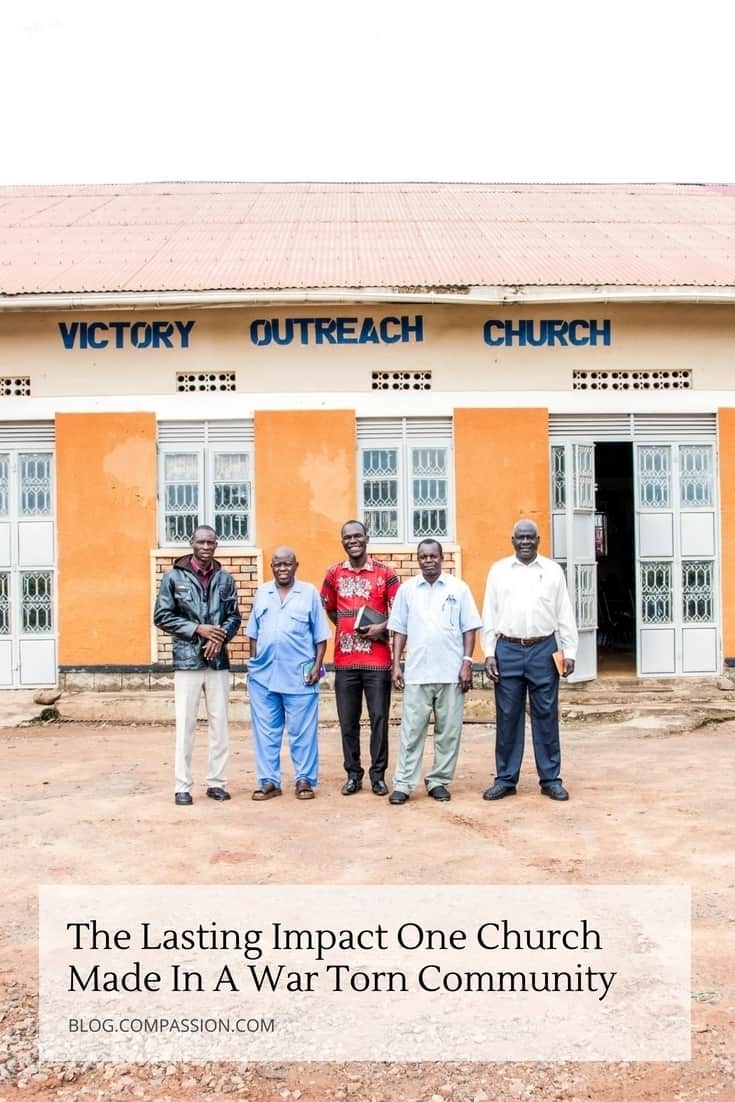