There’s something about a handwritten letter that is deeply meaningful. But we don’t always know what impact a letter might have. As a sponsor of a child living in poverty, you can have an incredible opportunity to have a positive impact in their lives. We asked photojournalists to interview young people around the world about how their sponsors’ letters have been meaningful in their lives.

Here is what they had to say. Be inspired by the opportunity you have to lift up, love and motivate children in extreme poverty!

Your letters help them feel the power of God. 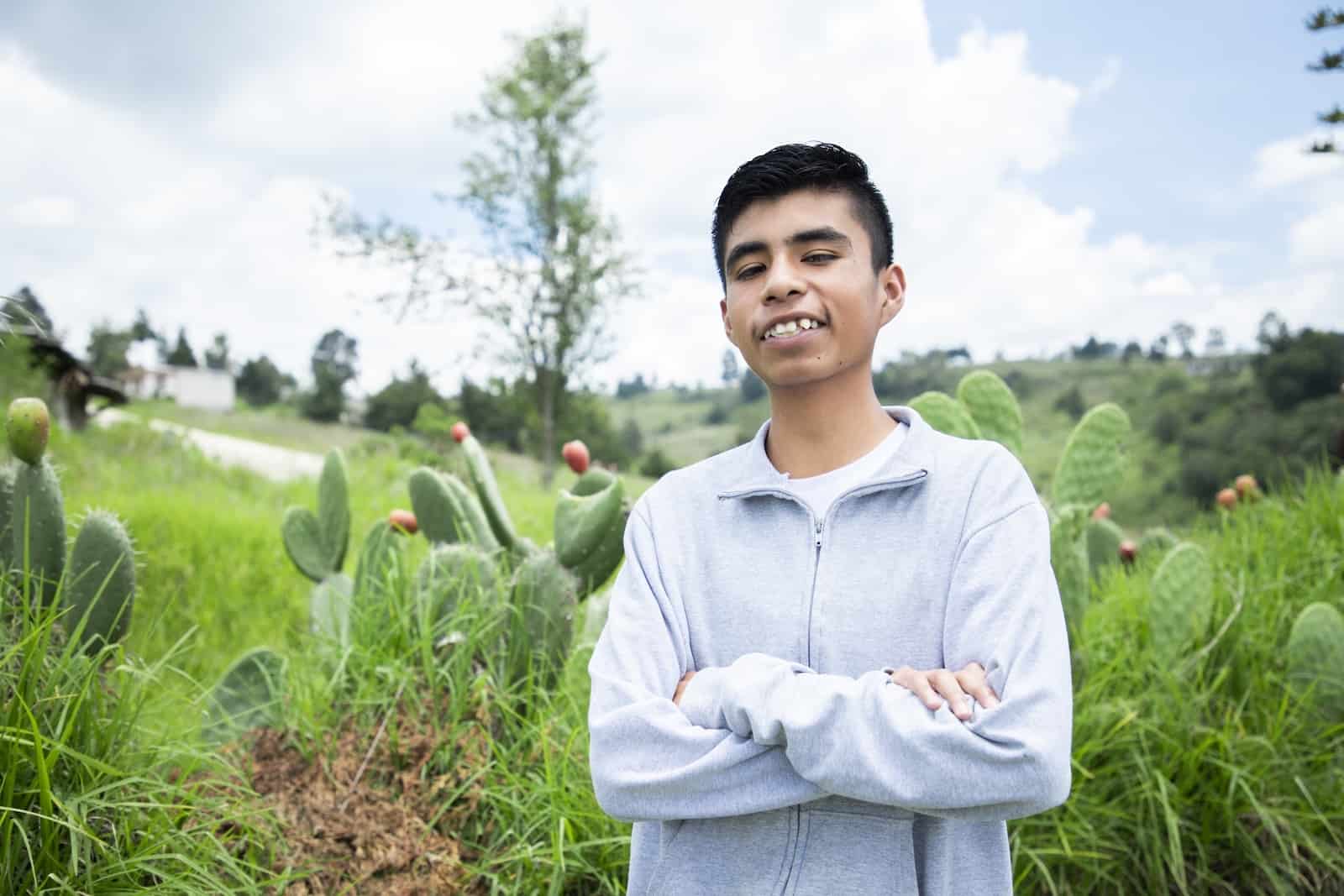 Yair from Mexico just wants to be a normal teenager. But he has battled various illnesses all his life. More recently, he was diagnosed with epilepsy. He has been forced to stay home from school because of this illness, which has filled him with despair many times. But Yair is receiving emotional support and counseling from his Compassion center. His sponsors’ letters are coming alongside this support to fill him with hope when he feels hopeless.

“When I get sad, I read the letters that my sponsors send me,” says Yair. “I feel the power of God in the letters because what they say helps me to calm my emotions and see things from a different perspective. Reading those letters changes my mind. It fills me with love. It is a light I find.”

Your letters motivate them in their studies. 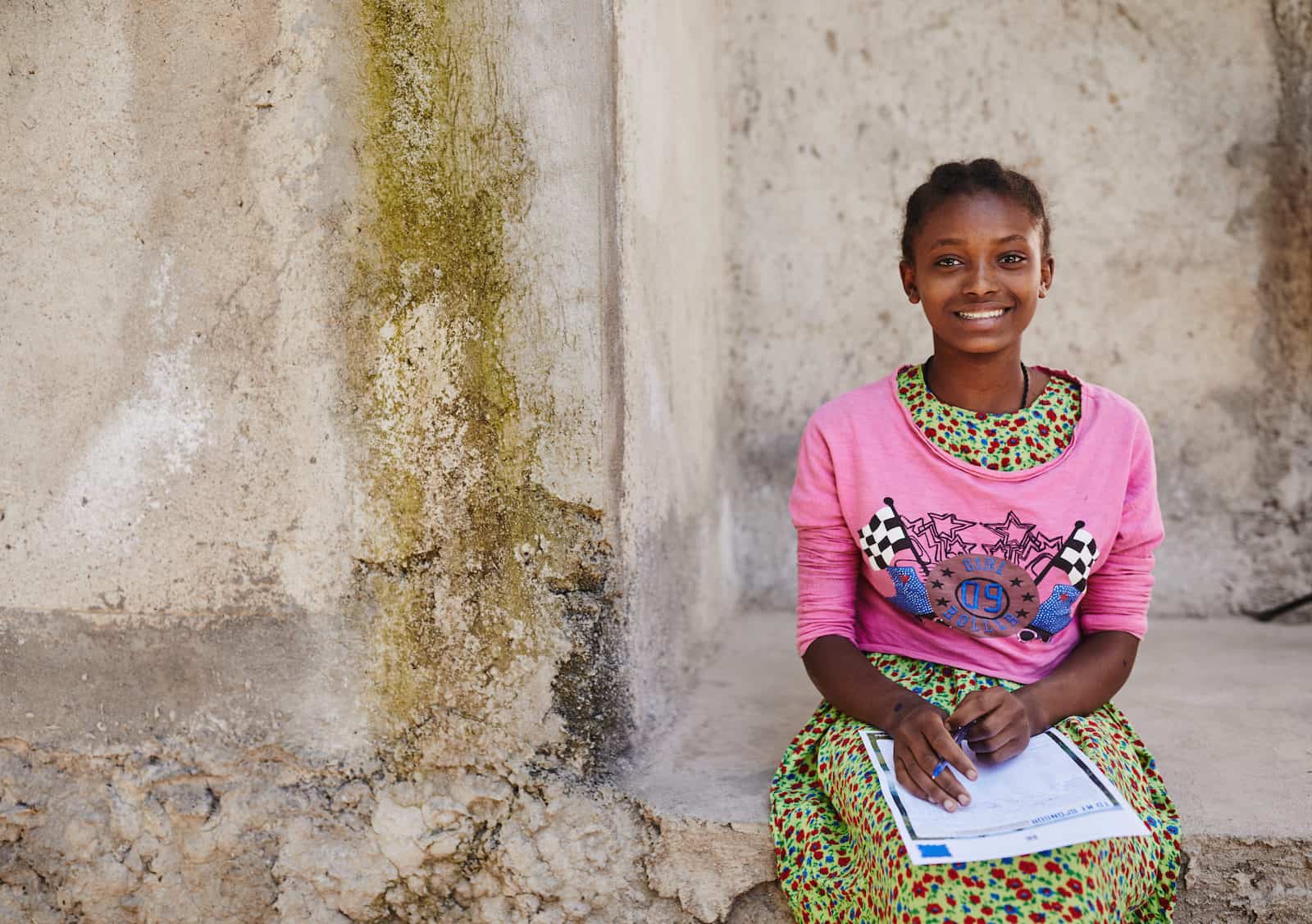 Not all children who live in extreme poverty have someone to champion their education. That’s another reason why letters can be meaningful to young people. In these situations, sponsors can be so key in helping young people realize the importance of studying and making plans for the future.

“My sponsor motivates me and helps me to focus more on my education,” says Bizuayehu from Ethiopia.

Your letters make them feel special despite pain. 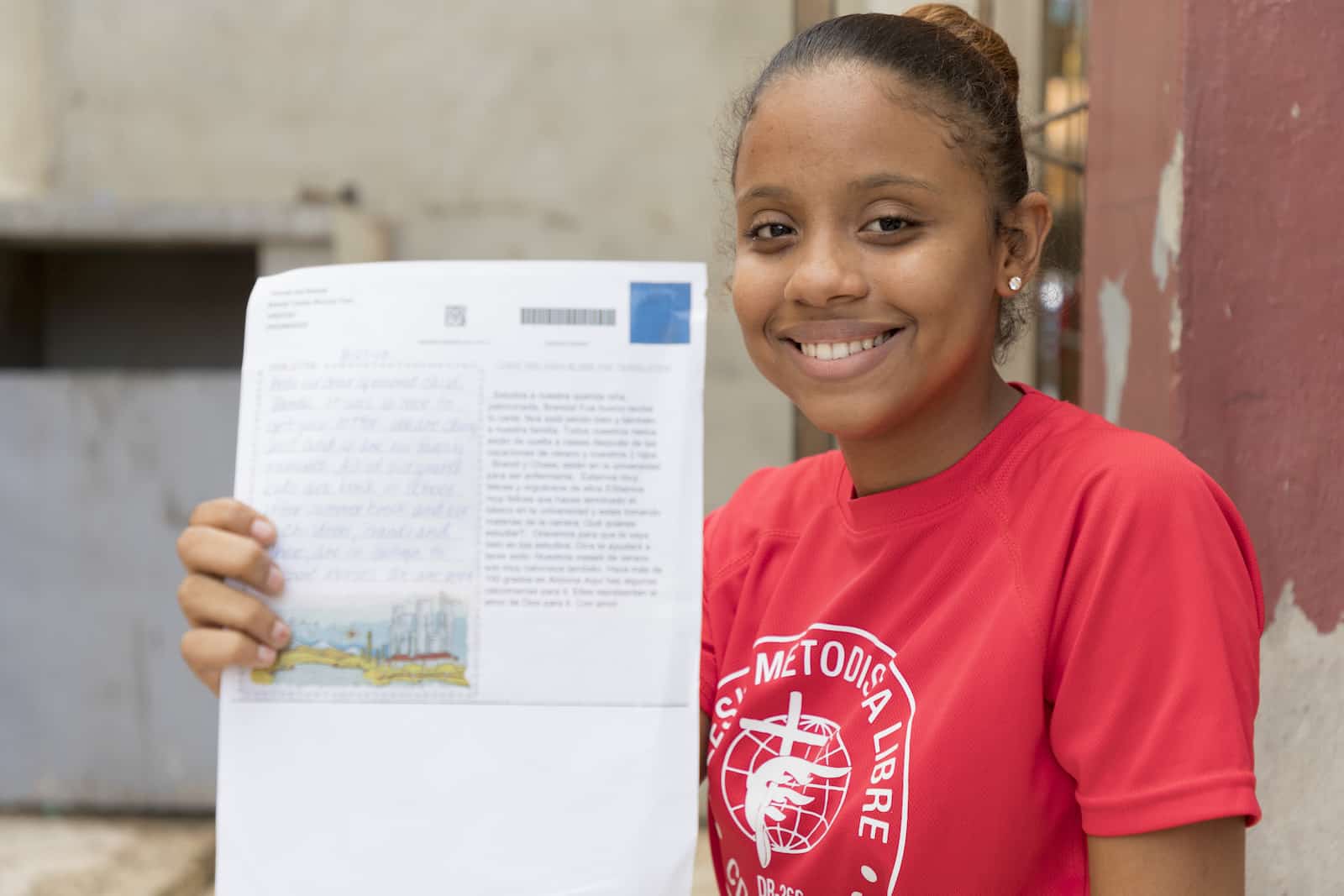 Growing up, Brenda from the Dominican Republic struggled with depression. Over time, Christ, the church and her Compassion center have helped her to find hope and to recover from depression. Her sponsor’s letters also played a part in brightening her life during dark times.

“When my sponsor told me that she picked me because we have the same name and birthdate, I felt special. I love to share that with her. She is a gift from God,” says Brenda. “When I receive letters, it’s like a party to me. I can say that it doesn’t matter if it’s just a line or three pages. Sponsors’ letters are so interesting, and they motivate and brighten the life of children.” 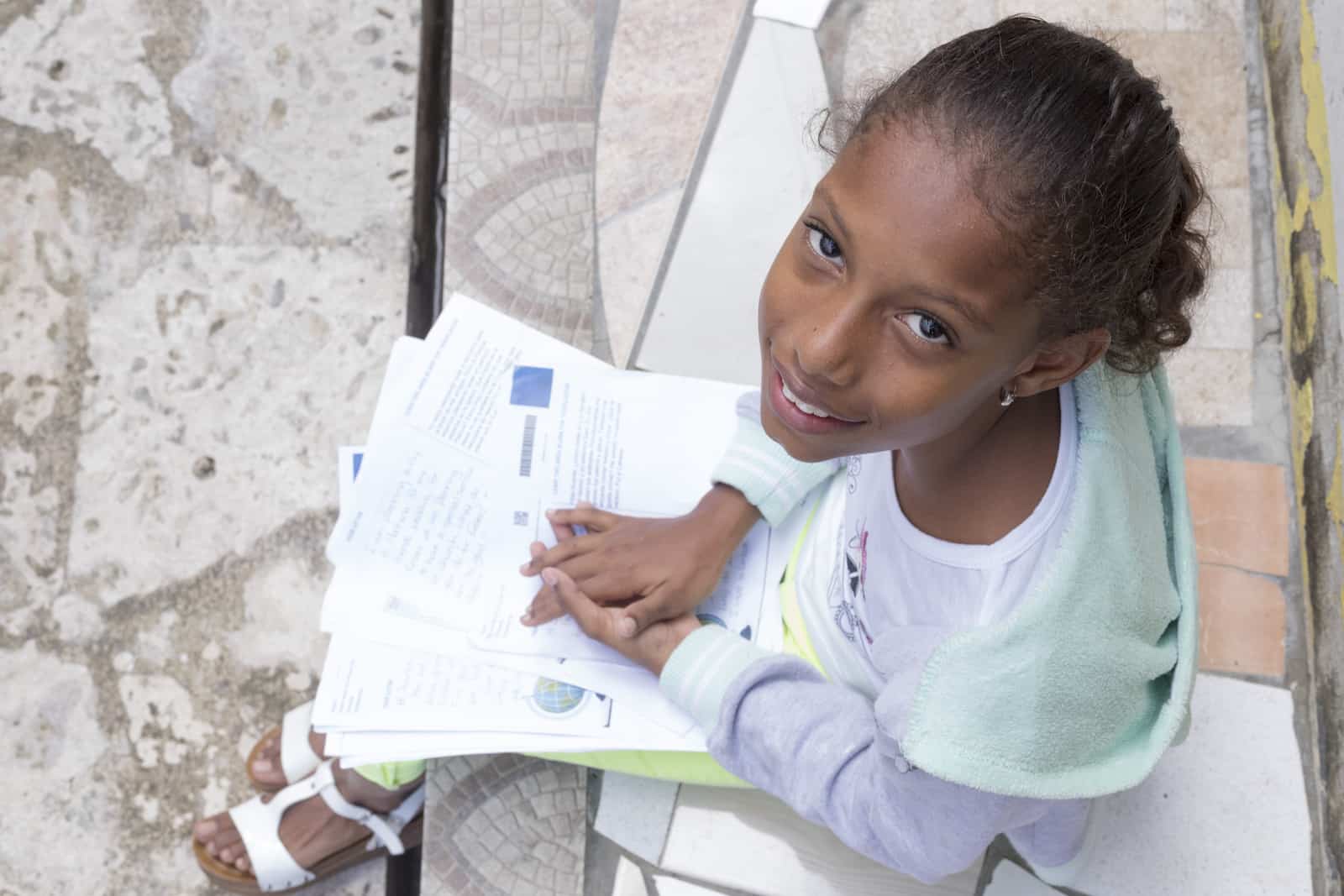 At the Compassion center, children in poverty are part of a loving support system of tutors, directors and friends that gives them security in an unstable world. You are part of that support system. As Scarlet from the Dominican Republic says, your letters are meaningful because the words make you feel close.

“Every letter, every word is important and significant to me,” says Scarlet. “I keep all my letters to always have her present and close to me.”

Your letters make them feel confident and loved. 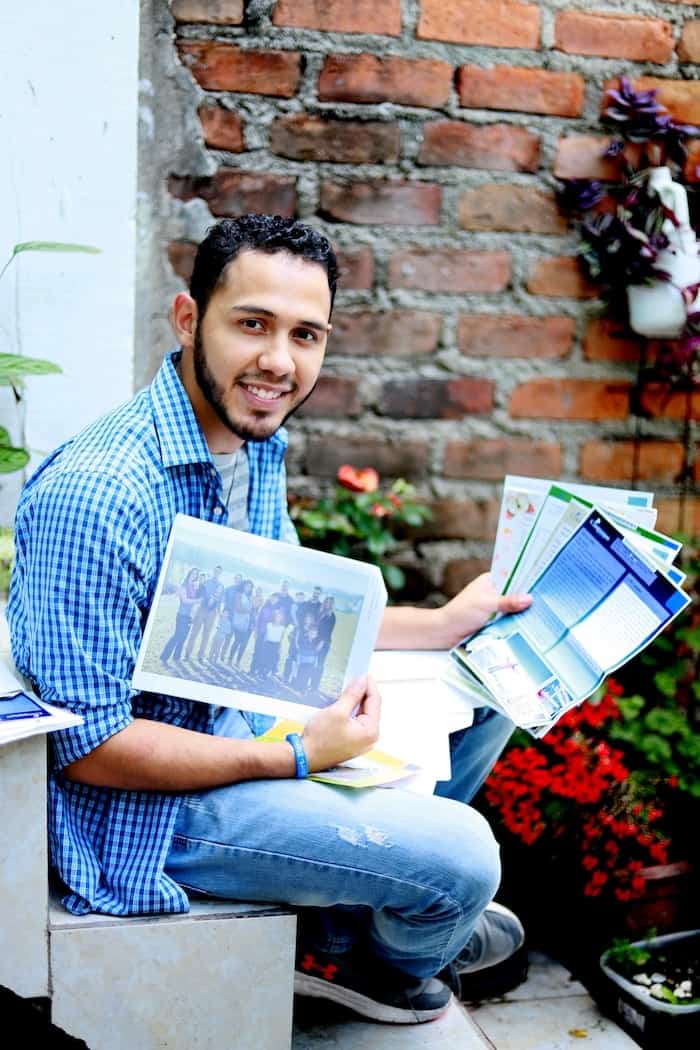 Ronald’s father was killed in the streets of Honduras. When Ronald was struggling and grieving this tremendous loss, his sponsor’s letters helped him feel confident and loved.

“[My sponsor] used to tell me that he was my father from another country, and that I was also son to our loving God,” says Ronald. “Those words lifted me up and made me feel loved, confident and spiritually strengthened.”

Your love lifts them up in hard times. 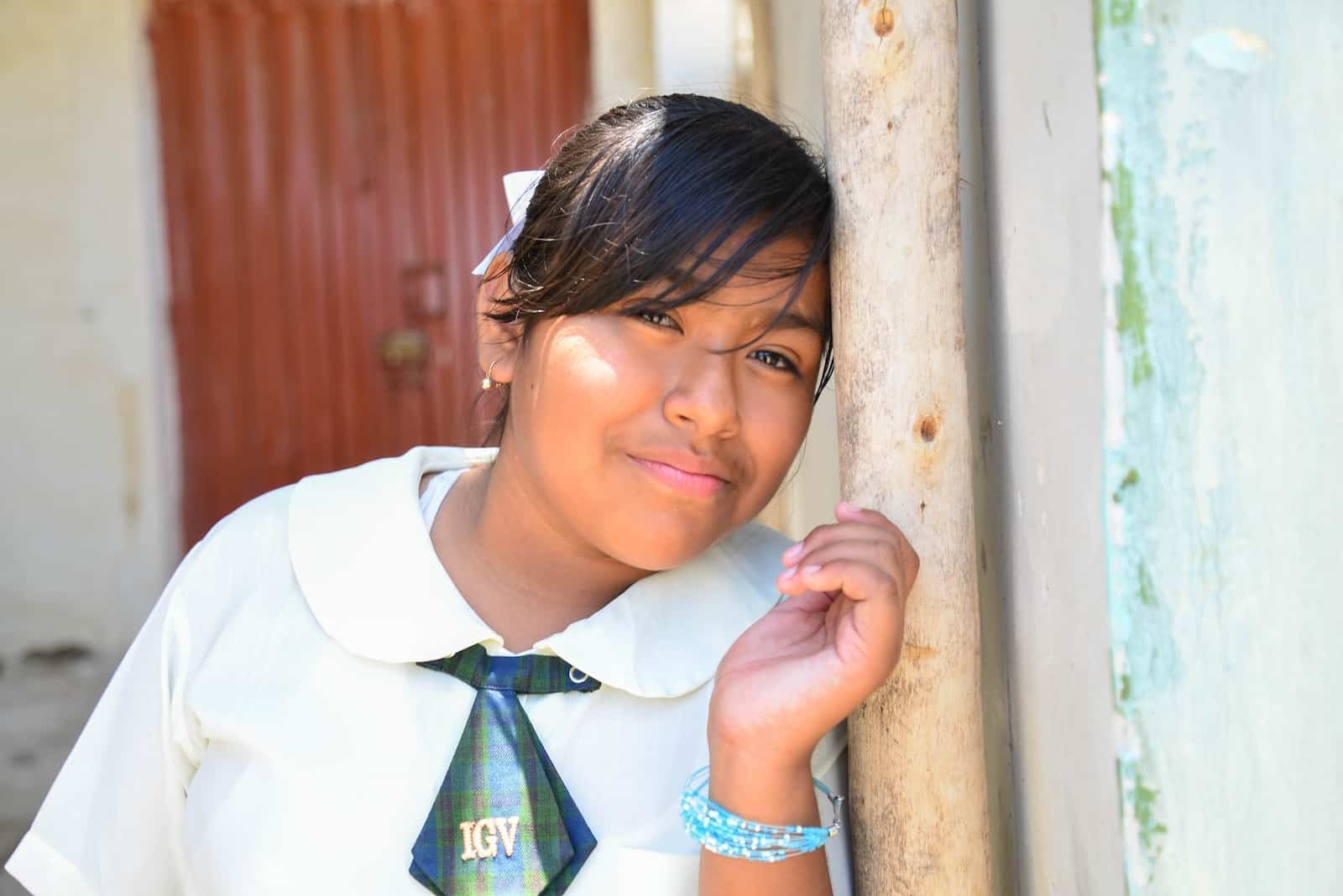 When she was younger, Maria’s father left her family. One of the sources of encouragement that helped this teenager from Peru continue despite the emotional pain was the letters from her sponsor.

“I was sad because I felt rejection from my dad,” says Maria. “So I went to my bedroom and I saw my sponsor’s letters. I grabbed one of them and they said they were proud of me. I continued reading all of them, and their words were so timely they lifted me up.”

No matter if you write long or short letters, if you write once a quarter or once a month, your words are bringing love and meaning to young people’s lives!

P.S. Are you convinced that letters are meaningful, but need a few writing ideas? Listen to children’s favorite things their sponsors have written to them. Or learn more about how sponsorship can transform a child’s life! 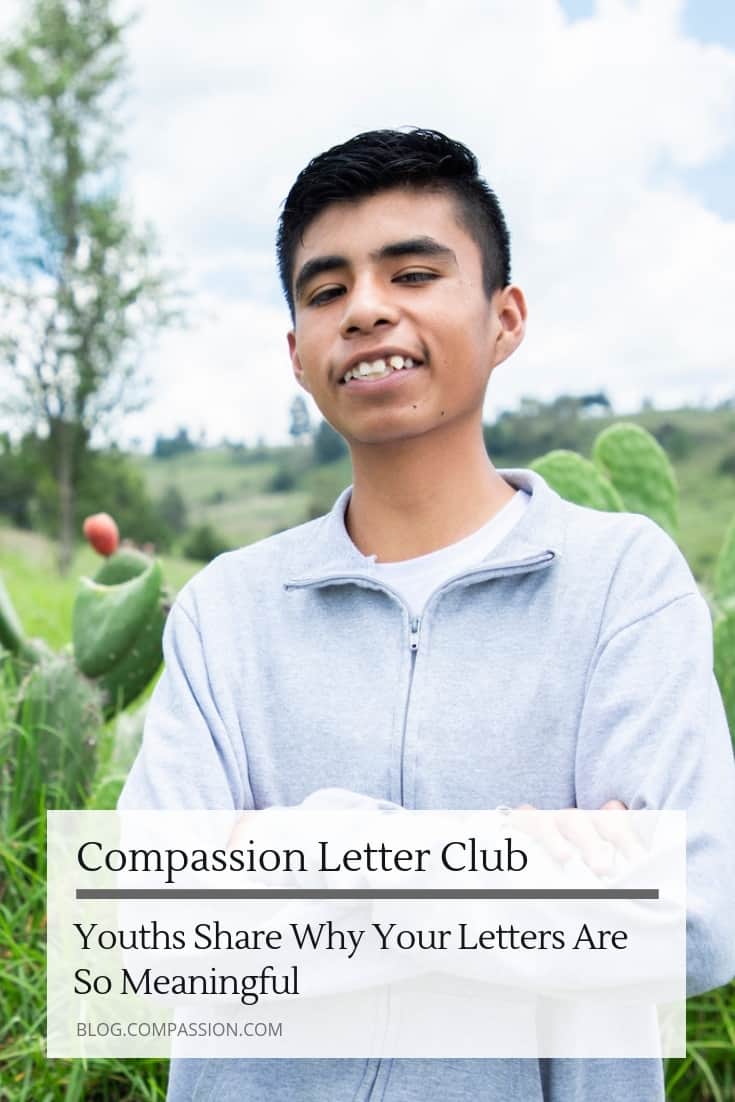