Inspiring Stories of Courage and Bravery

These 12 true stories of courage and bravery from around the world will you inspire you with just how strong you can be! 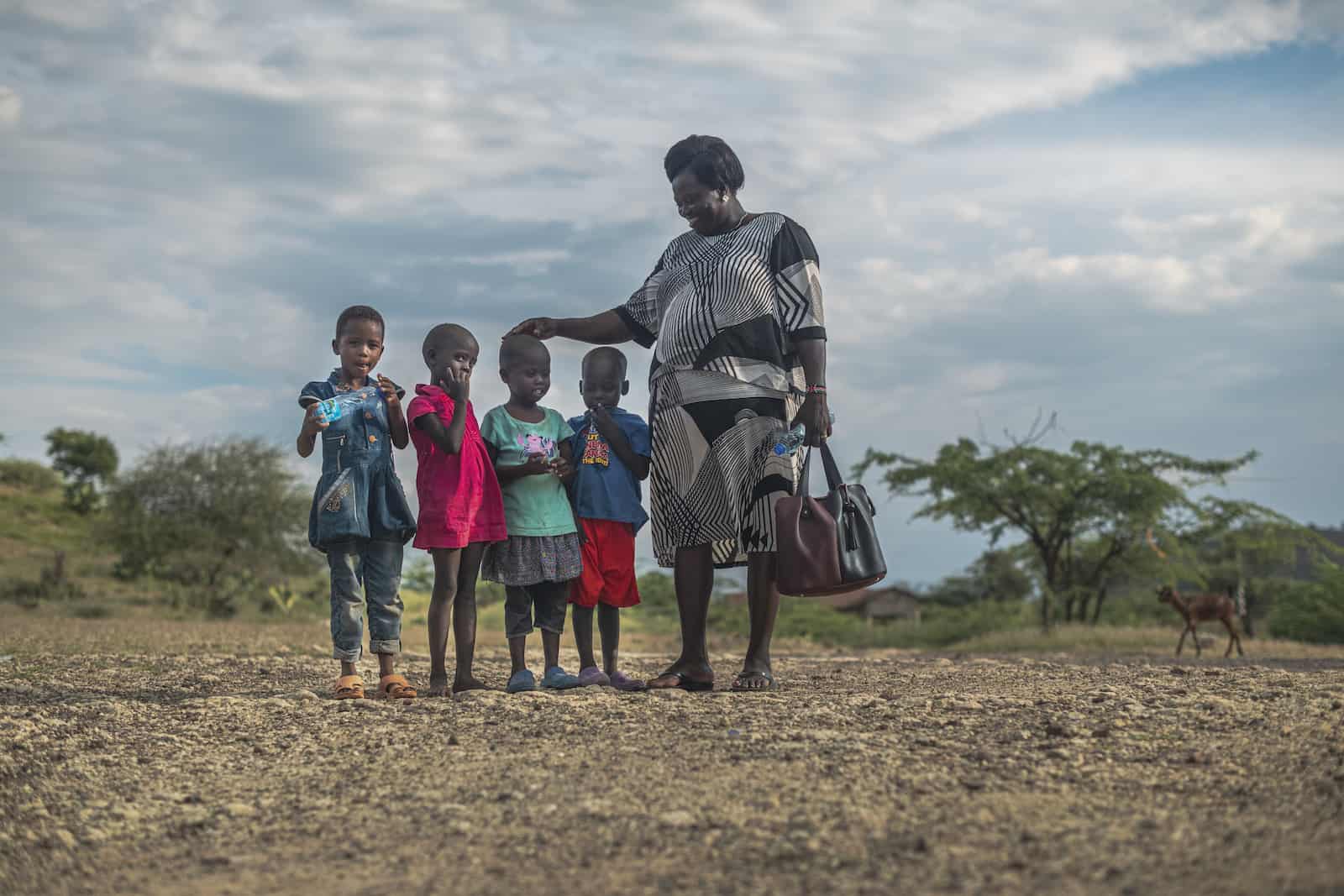 Florence Lomariwo’s lifelong crusade against female genital mutilation, or FGM, started with her own narrow escape when her family tried to marry her to an old man. This Kenyan bravely defied the tradition and is now actively rescuing other girls from the same fate. Florence now runs a school and rescue center for girls who escaped FGM and early marriage! 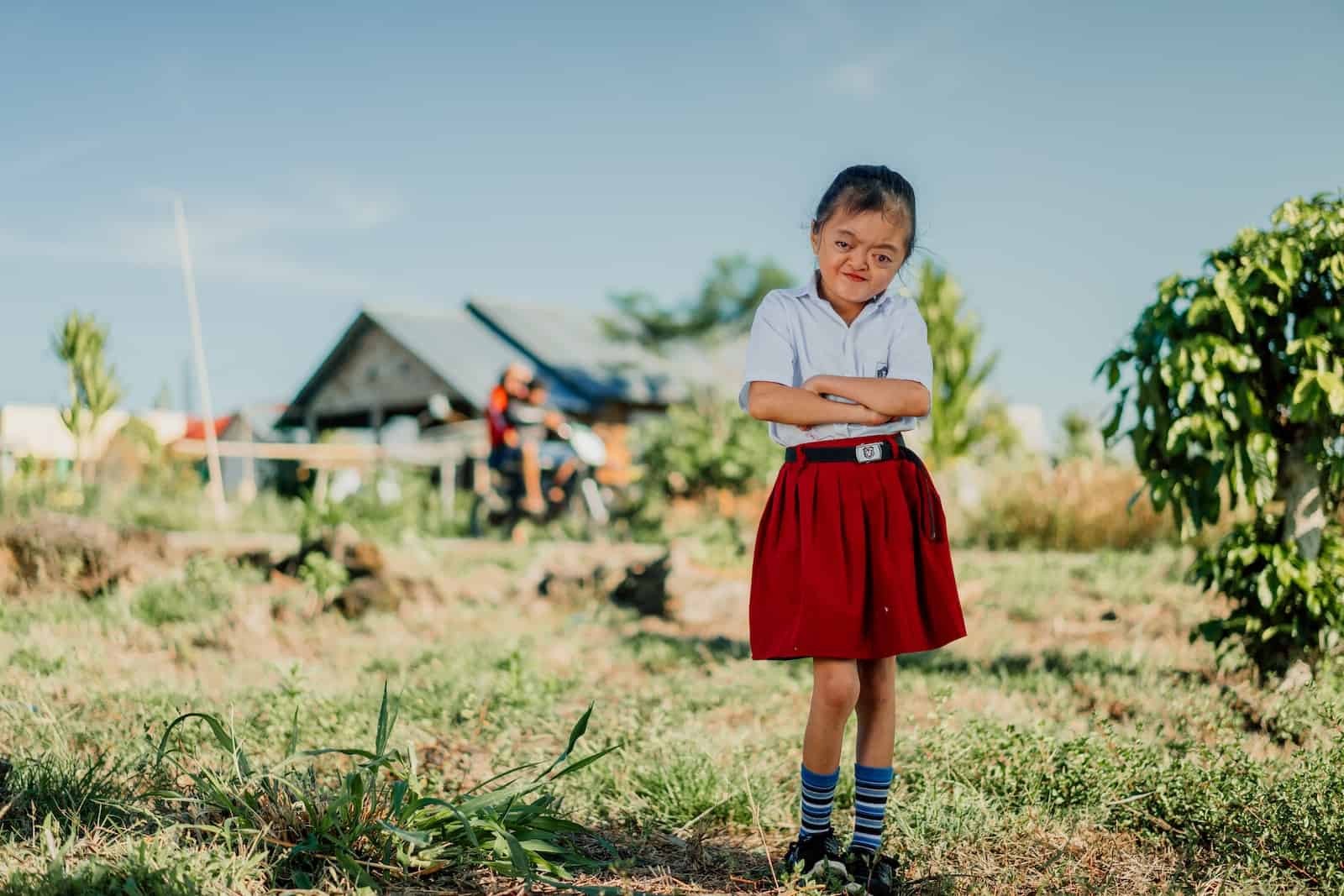 Karunia from Indonesia was born with Apert syndrome, a congenital condition in which the bones fuse together too early in the womb. It affects the skull, hands and feet. While treatment is available, there is no cure. Rather than becoming discouraged by the bullying she has experienced, she is standing tall and helping her whole community learn the beauty and worth of people who are born different. 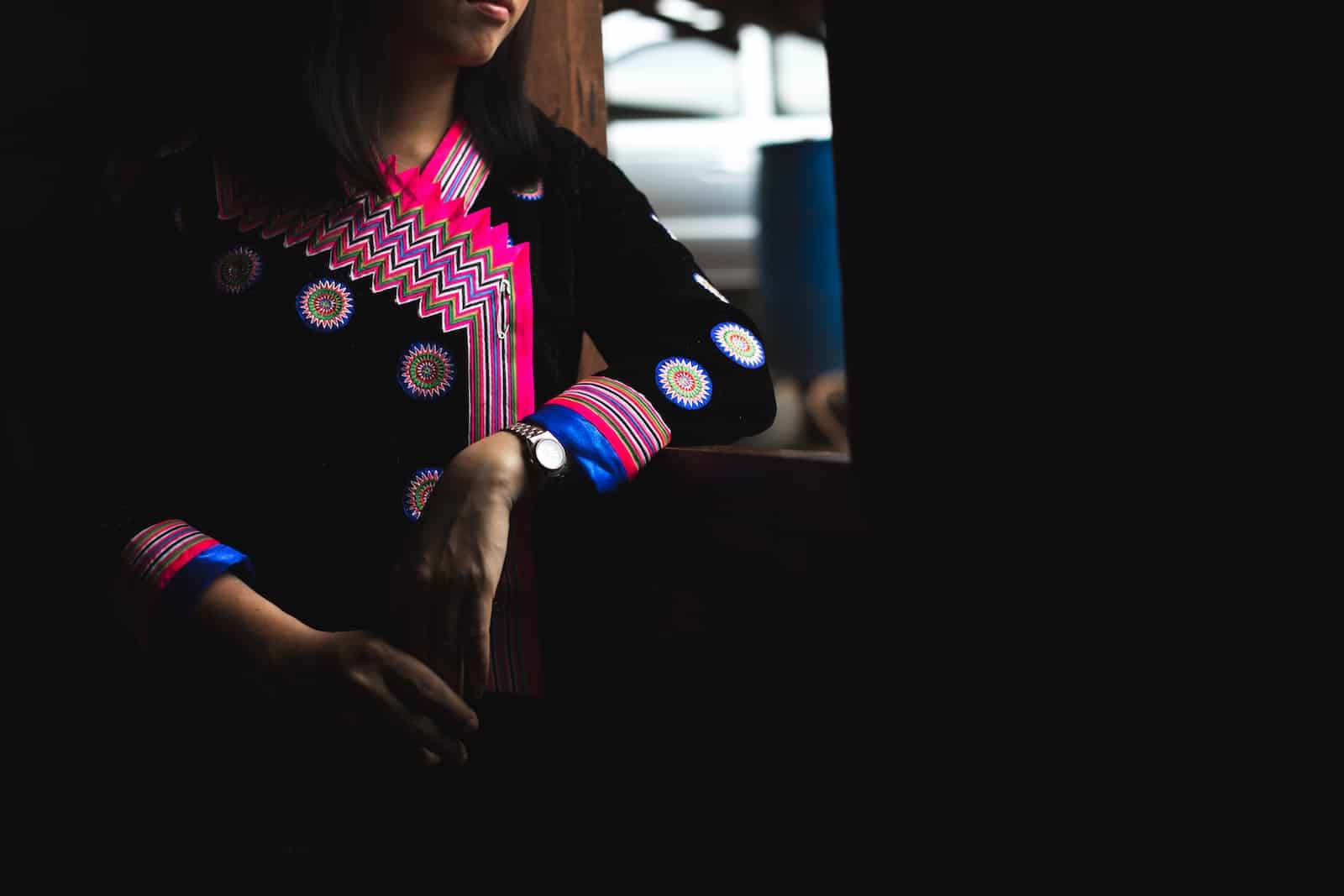 Chompuu was walking along the dirt road toward home, her shiny black hair tucked neatly behind her ears. It was a late afternoon in April, the hottest month of the year in Thailand’s northern hill country. As she turned onto a narrow path leading to her house, she suddenly felt someone behind her… A car pulled up and five teen boys jumped out. They grabbed Chompuu and shoved her into the car. She screamed for help, but no one answered her cries.

Imagine bravely standing up to centuries of cultural tradition to advocate for the rights of girls in your community. That’s what individuals in the Hmong tribe in northern Thailand are doing to stop the practice of bride kidnapping. Bride kidnapping has been practiced in many cultures around the world for thousands of years. In the Hmong culture, if a girl is kidnapped and doesn’t get help by the third day, she becomes the wife of her abductor.

4. The Extreme Jobs of People in Poverty 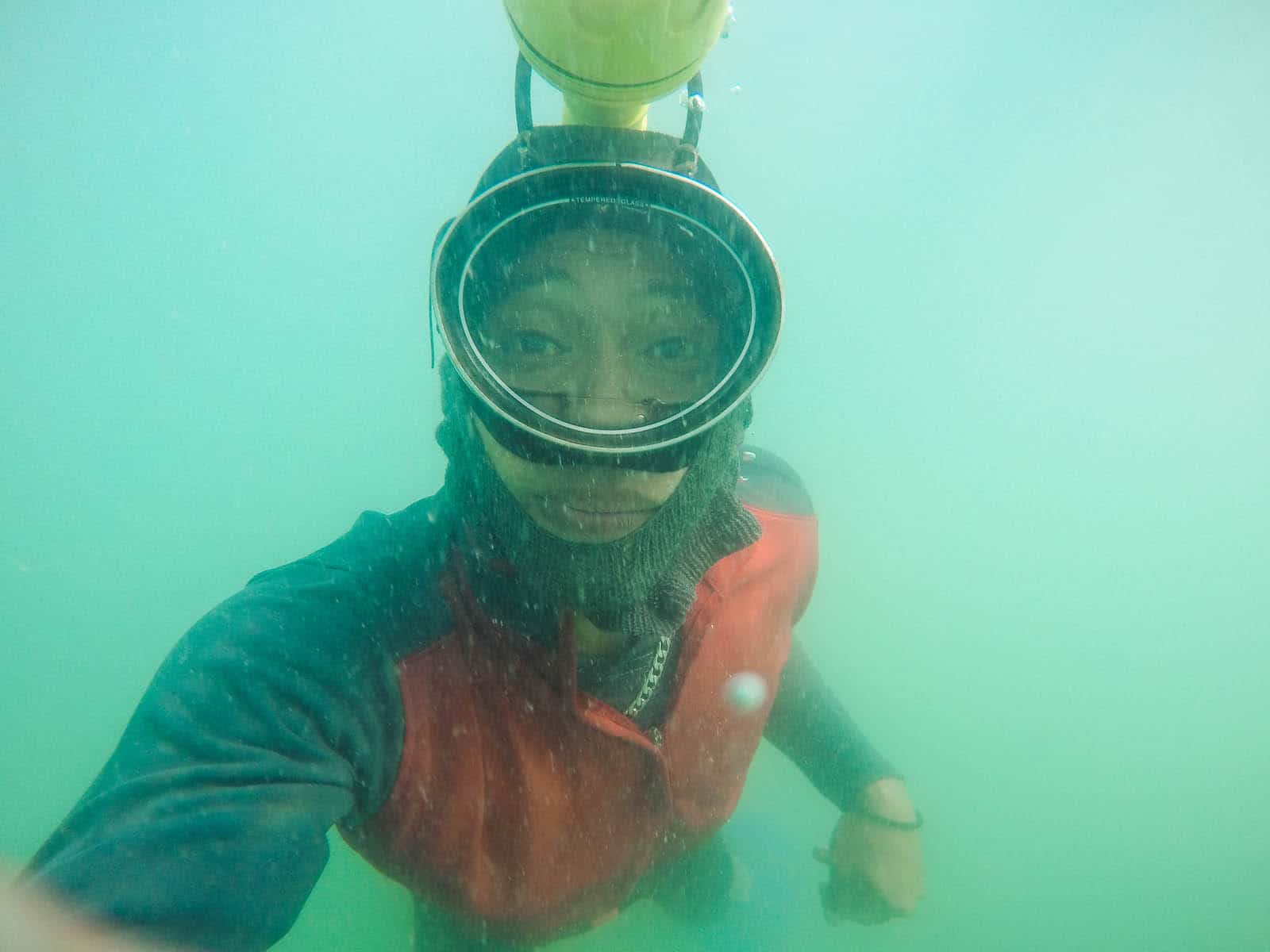 People living under the international poverty line go to extreme measures to earn a living, risking injuries and even death. Often they have few to no safety nets — figuratively or literally. It takes acts of courage each day. Meet four people in Asia who do extreme jobs to make sure their families are fed. Though their occupations are incredibly hard work, they can teach us the dignity of work and the beauty of sacrificing to care for your loved ones.

5. Trapped Inside for 8 Years, Sabina Is Now Free 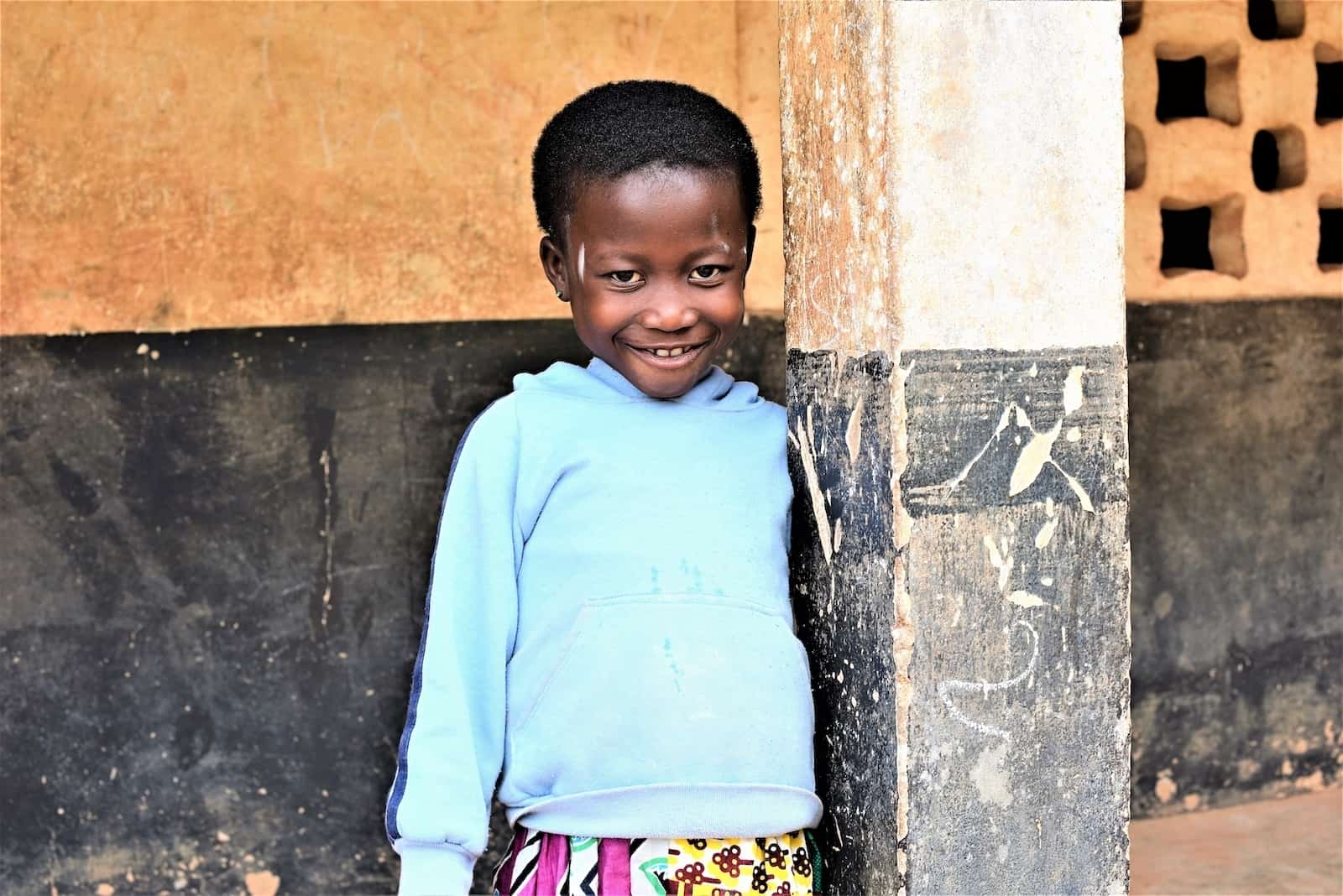 Because of a superstition in Ghana, this sweet 8-year-old girl was never allowed outside. In her village, the tenth child in a family was believed to be cursed and had to be kept inside to be safe.

But the local church knew they had to get help to Sabina so she could go to school, make friends and have a normal life. Together with her father, they acted bravely to defy a tradition that would supposedly bring death.

6. When Looking Different Makes You Fear for Your Life 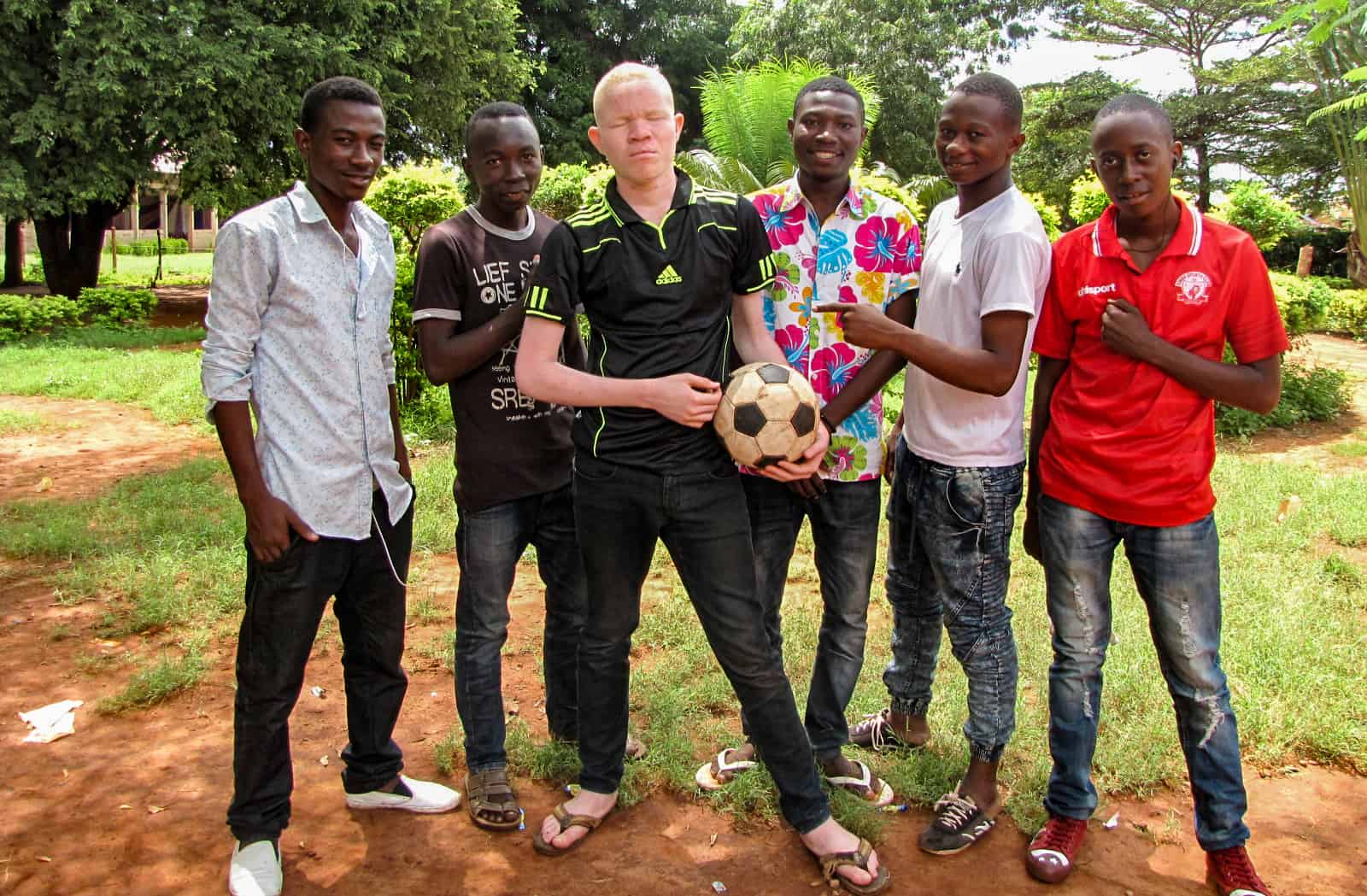 In Tanzania, there has been a string of murders and attacks on those with albinism. Their body parts are believed by some there to possess magical properties and are being sold on the black market. This is where Yona was born. Struggling under the weight of poverty and fearing for his life, Yona’s parents couldn’t afford to send him to school. The shy young boy faced harassment and was bullied often. But at five years old, Yona’s parents enrolled him in our program at their local church.

Now a determined and confident high school student, Yona is overcoming his fears. His family, Compassion staff and his sponsor are making sure he knows his true value and worth; that he is loved. 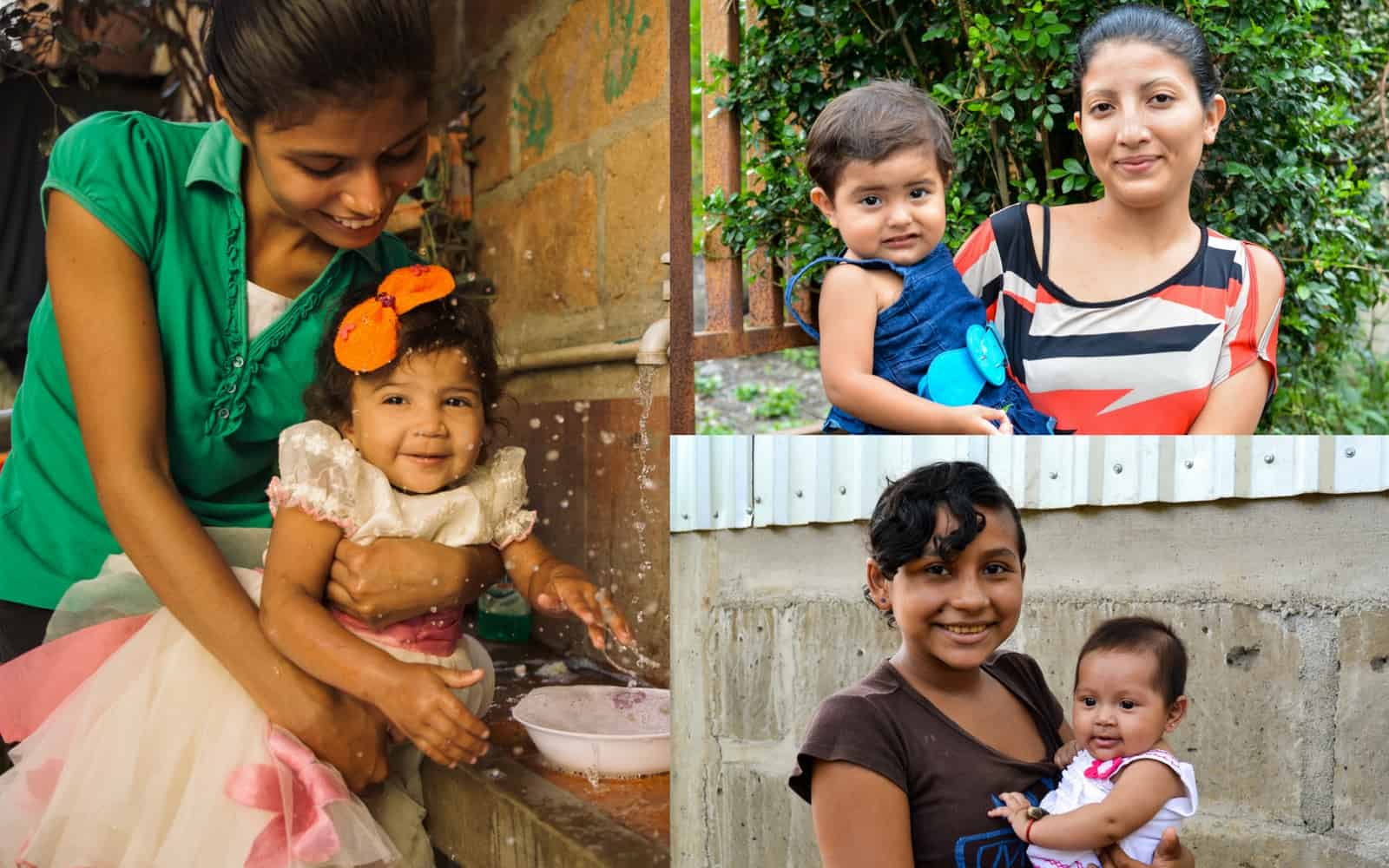 From left clockwise: Cindy and Nahomie, Nicole and Adaza, and Jennifer and Jafa

Becoming a mom at the age of 14 is difficult no matter where you live. Now, couple being a teenage mom with the gripping realities of poverty every day and you’ve got a situation that is life-threatening for both baby and mom.

Even though they knew it would be difficult, teen moms Cindy, Nicole and Jennifer are raising healthy babies with the assistance of the Child Survival Program. They are determined to see their new little families blossom each and every day.

8. The Courage to Defy Gender Inequality in Burkina Faso

Zangre was told that soccer was a boy’s sport. Her father didn’t want her to play. What would have happened if she had listened? What would have happened if she didn’t have her brother and Compassion staff to encourage her to be brave and use her gifts? She certainly wouldn’t have been selected to play in the World Cup Qualifiers on the Burkina Faso women’s national football team.

9. The Bravery to Stand Up Against Teen Marriage in India* 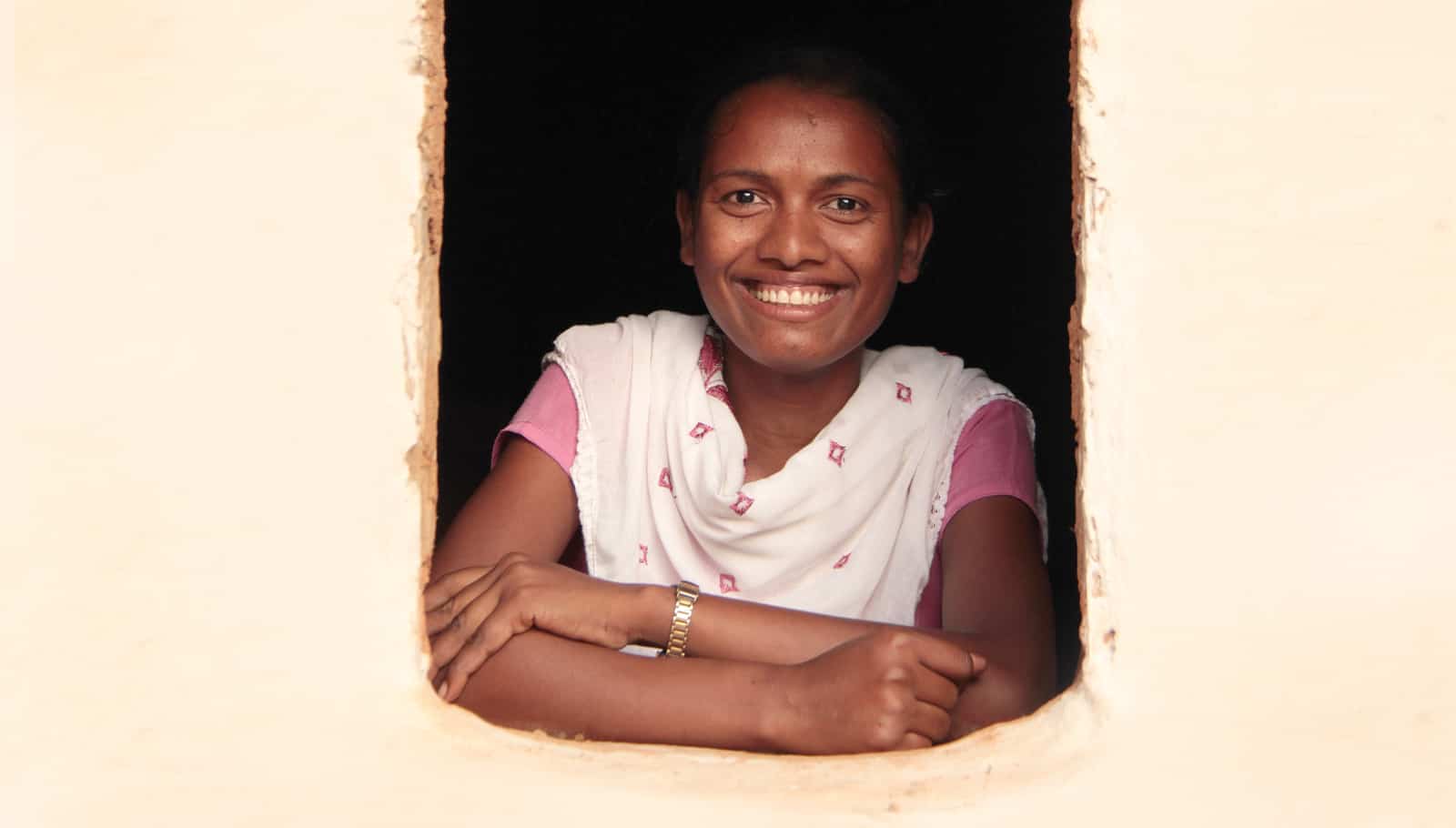 Standing up to your parents is one of the hardest things any teenager can do. But imagine what it was like for 16-year-old Sampatya to tell her parents she wanted an education rather than go through with the arranged marriage they had orchestrated. She knew she had to say something, not just for herself, but for her sisters and other people in the community.

Sampatya’s parents didn’t respond well to her courageous act, so she reached out to the Compassion staff at her child development center. With their help, her parents called off the marriage and she attended college to study humanities. Because of her boldness, the staff conducted awareness programs to educate village elders about the life implications of child marriage.

10. The Heroic Rescue from the Floods in Peru 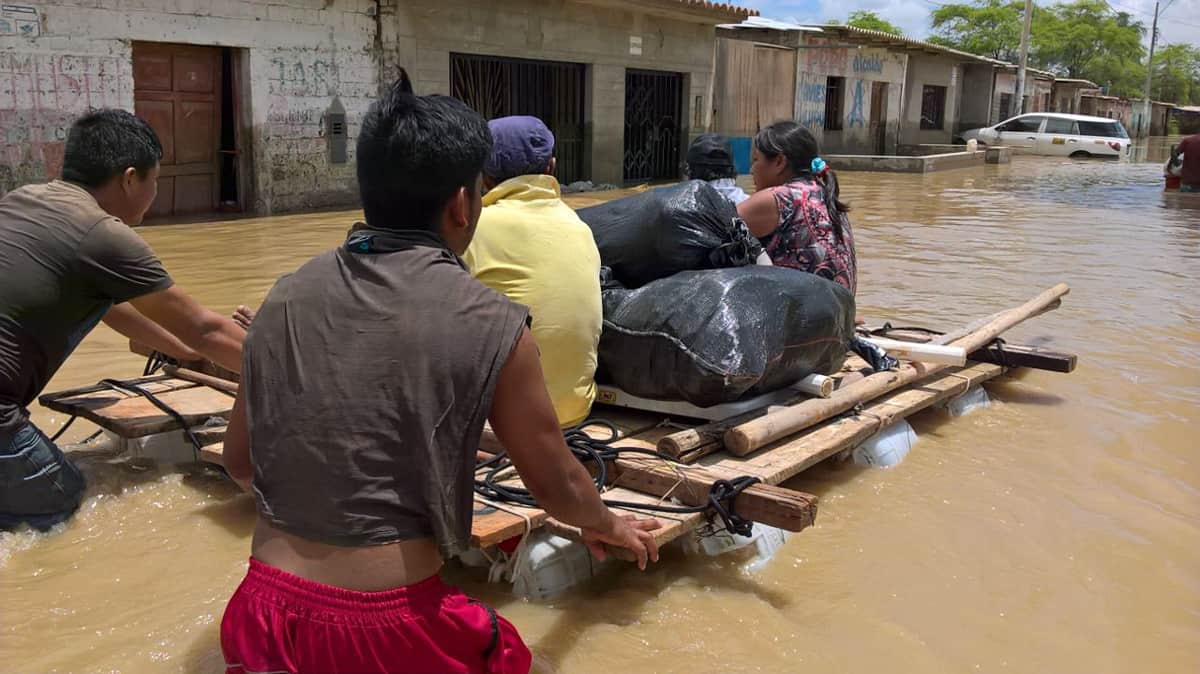 Compassion tutors Noemi and Lili were faced with an unthinkable disaster in Piura, Peru. While teaching some of the mothers and babies in our program, torrential rains consumed their community and flooded their streets with rivers. The brave tutors helped the moms and babies to the safety of their roofs of their homes. And it was there that they spent 12 hours waiting for the waters to recede and hoping for rescue.

Back on drier land, Compassion Partnership Facilitator Adrian was doing everything he could to get to the families and the tutors. He and three men from a neighbor church built a makeshift raft to rescue them and other people from the rooftops. Check out the full story of how sometimes courage means never giving up hope …

11. The Fight to Rescue a Child from a Voodoo Temple in Togo 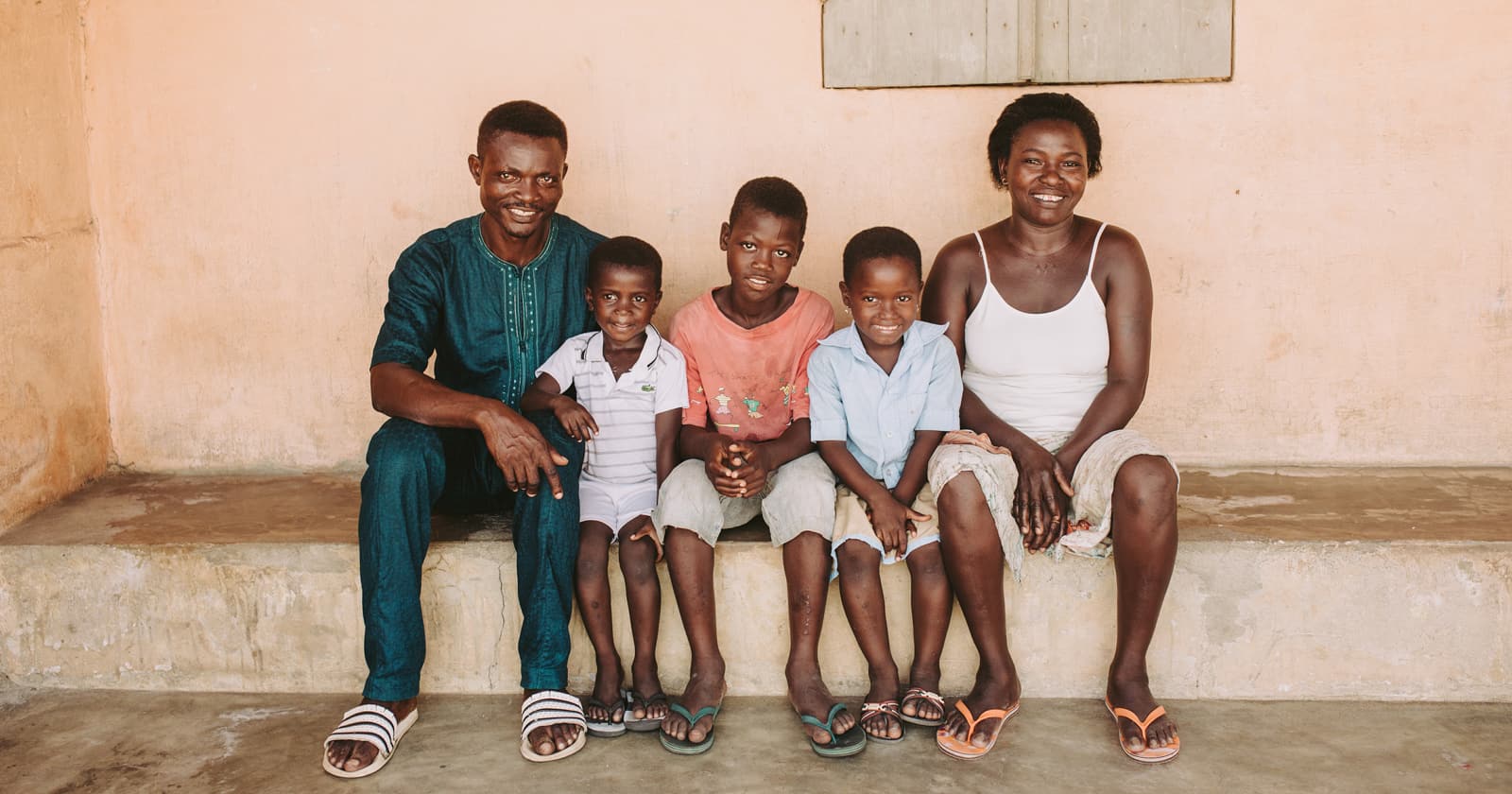 More than half the people in Togo practice Voodoo and Alkobessi’s parents were no different. They served regularly at their shrine partly out of devotion but also out of fear.

“If we dare to leave the idols, we don’t know how it will be. Some of us tried it and they died. That’s why we are afraid, because we are intimidated every day,” Lossou, Aklobessi’s father, explains.

Struggling to provide for his family, Lossou bravely enrolled 4-year-old Aklobessi in our program at a local church in their community. A month after she was registered, the priestess at their Voodoo temple kidnapped Alkobessi to undergo training rituals to become a vodoun apprentice – rituals that included consuming raw meat and drinking blood. It was there in recesses of the temple that Aklobessi stayed for almost a year.

When the director of the child development center, Fernand Hloinvi, found out, he took immediate action. He mobilized 11 other church partners in the area, petitioned the government for assistance, and reached out to the priestess to persuade her to release Aklobessi.

For 11 months, they kept up their fight to return Aklobessi to her parents and their perseverance paid off. She’s now back with her family and friends! She’s receiving the love and support she needs to process her traumatic experience. And most important, she got her childhood back.

Read about the bravery of Fernand, Lossou and their Compassion community that wouldn’t give up …

12. Courage to Defy the Lies of Poverty

“It is easy to get discouraged in a world full of evil, murders and lack of opportunity. It is easy to take our eyes off God and see our weakness and limitations. But with God, there are no limitations.” 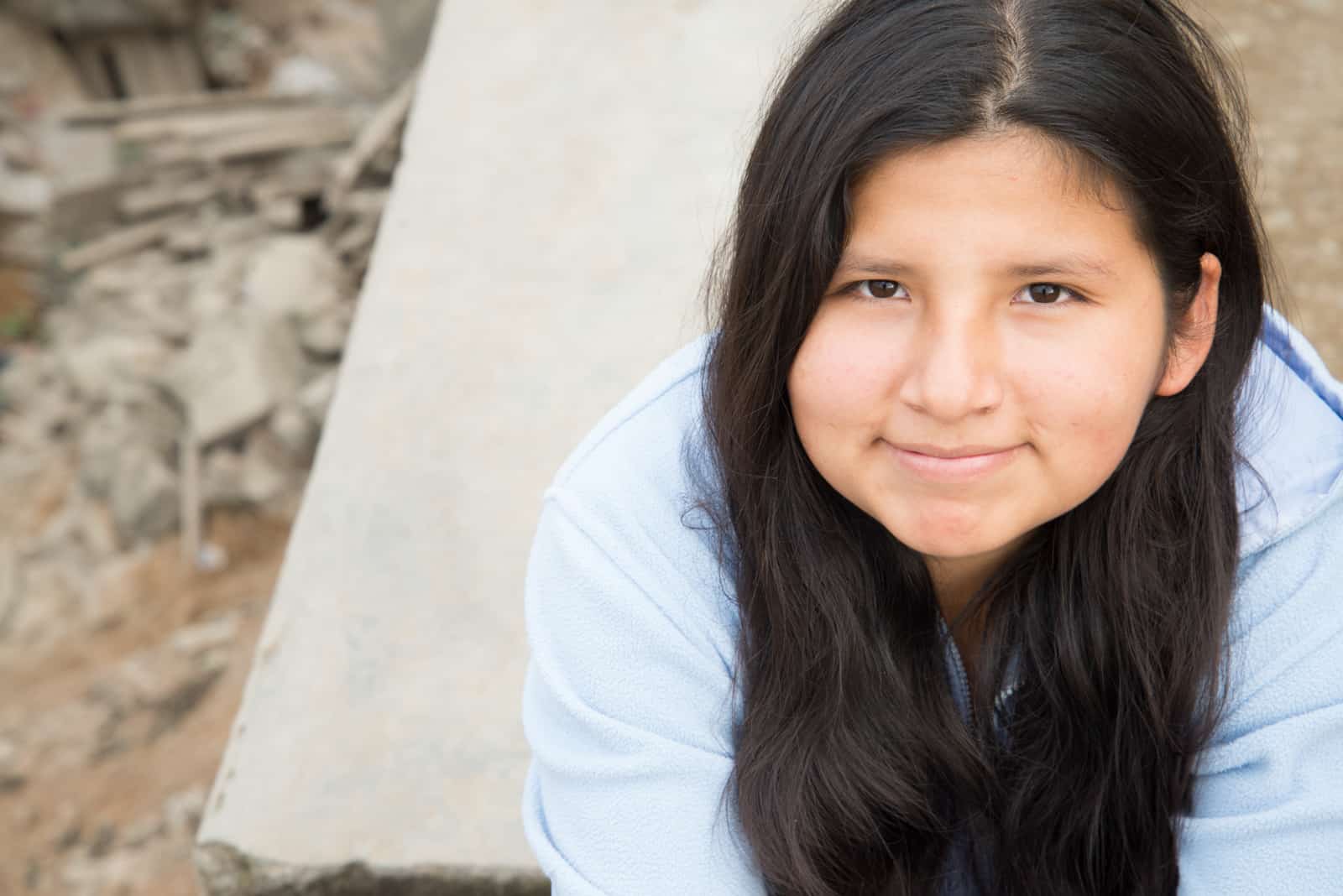 These are the wise words of 17-year-old Meryl from Lima, Peru. Meryl has been attending Compassion’s program since she was 3 years old and is the first in her family to go to college. Now in her second year of studies at university, she’s also a volunteer at her Compassion-assisted child development center and a private math tutor.

“Before applying to the National University of San Marcos, I was very nervous and I thought I couldn’t do it, but one week before the admission exam I got a beautiful letter from my sponsor. She sent me this verse in Joshua 1:9 to be strong and brave, don’t be afraid; do not be discouraged, for the Lord my God will be with me wherever I go. And I entered the university in the first try, and now I am studying biology!” said Meryl.

It takes courage to battle the lies that this world tells us like Meryl did. And sometimes it takes our community to remind us that we are brave like Meryl’s did. Meryl’s limitless attitude is the inspiration for this month’s edition of Totally Worth It, our series of awesome stories to ignite your compassion … or in this month’s case, your courage!

“Be strong and courageous. Do not be afraid; do not be discouraged,
for the Lord your God will be with you wherever you go.” – Joshua 1:9 (NIV)
[ TWEET THIS ]

These short stories of courage remind us that we are stronger together. We are braver together. We find courage and comfort because God is with us and we have each other. This is what it means to be part of the Church.

When you feel discouraged … when you feel fearful … when you’ve begun to believe the lies, hold tight to Joshua 1:9 and let these stories of love and courage remind you that you’re part of a bigger community … a fierce one!

Sign up to receive more inspiring stories in your inbox!

Meryl’s story and images by Betsy Grandez, Compassion Peru. A version of this post was original published August 1, 2017 and has been updated with current stories. *While we no longer operate programs in India, this content honors Compassion’s historical work in the country. 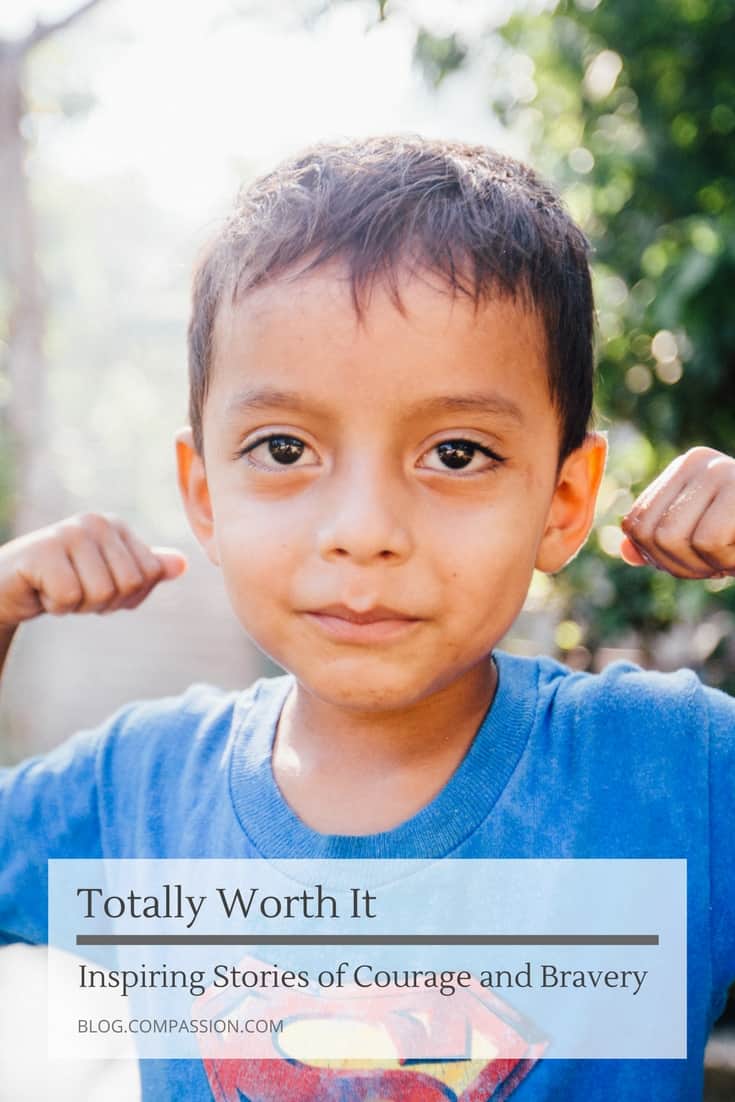 Prev Post:4 Fun Summer Activities for Kids to Do at HomeNext Post:Brokenness Before God